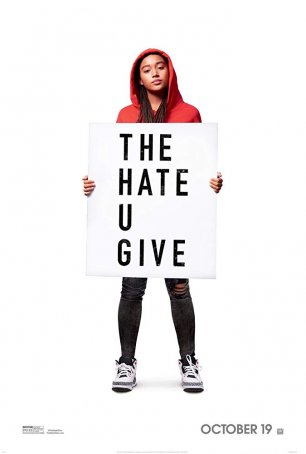 The Hate U Give is a coming-of-age story – an unconventional one, to be sure, but a coming-of-age story nonetheless. It’s also an exploration of race in America. In an of itself, there’s nothing unique about that but this movie, directed by George Tillman Jr. from Audrey Wells’ adaptation of Angie Thomas’ novel, offers a new perspective on this hot-button issue by keeping the preaching to a minimum and allowing the characters, their circumstances, and their emotions to do the heavy lifting.

Beyond the narrative, The Hate U Give has a mission statement of creating empathy within audience members for the characters and their situation. Empathy and understanding – that’s what Tillman is after and he approaches this strategically. He wants viewers to be aware of what it means to be poor and black in America. He uses exposition sparingly – the warning of one father to his children about how to react during a police stop being an example – instead preferring to allow images and emotions to convey the message. He avoids caricatures and cheap theatrics. Although the cast is primarily black, there are sympathetic white characters. And not all of the characters of color are presented as good-hearted martyrs. The movie has a pallet full of grays and isn’t afraid to paint with them. The material is thought-provoking. It forces the viewer to confront prejudices and ask questions. It may not change minds but it challenges viewers to consider why they react to issues of race (and poverty) in the manner that they do. Just about every position has a voice in The Hate U Give, although some are treated more sympathetically than others. 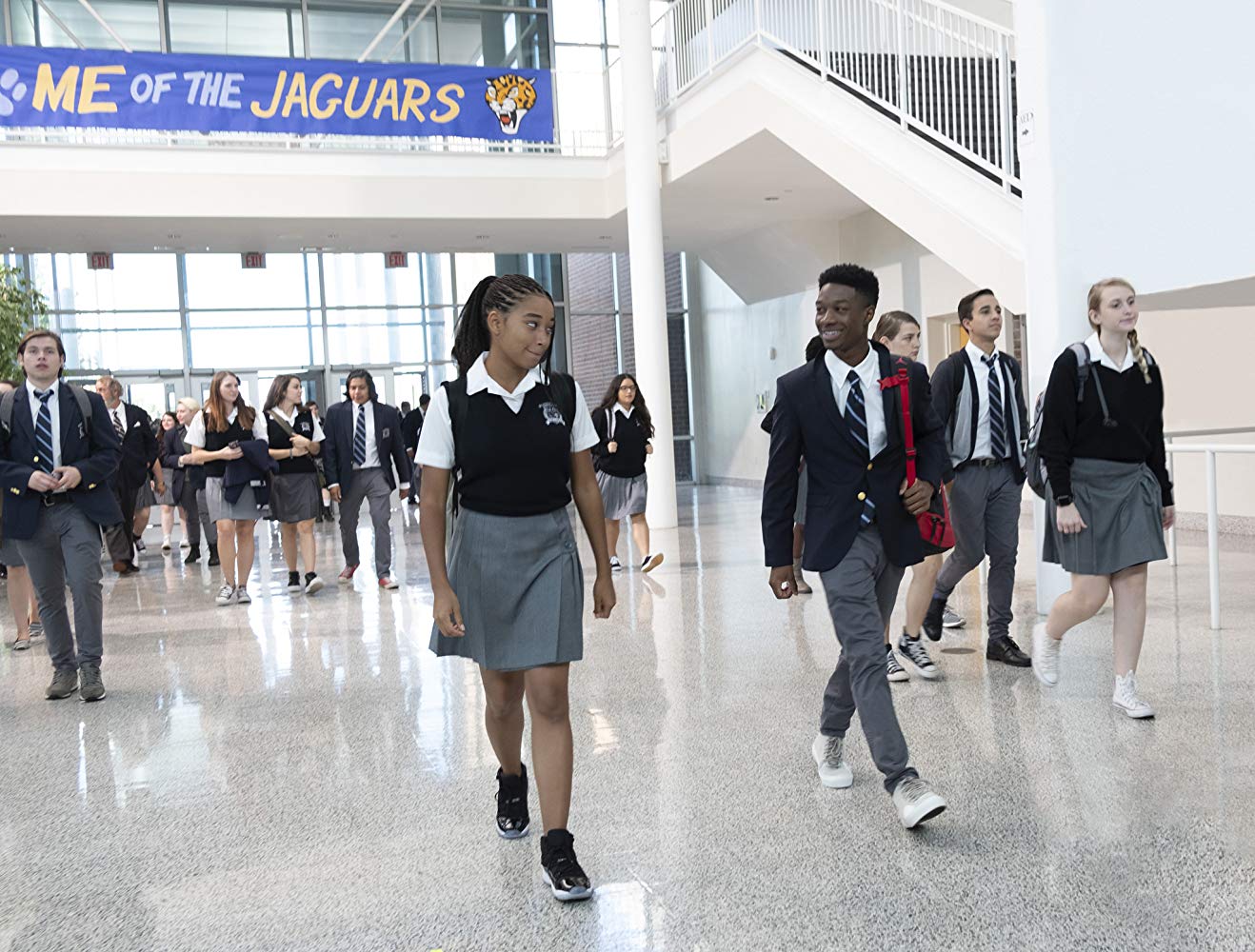 When the film begins, it looks like it’s going to be a high school drama about how a black girl, Starr Carter (Amandla Stenberg), creates two versions of her identity: one to hang out at home in her impoverished, drug-riddled Garden Heights neighborhood and one to attend the affluent private school, Williamson Prep, where she has white friends and a white love interest, Chris (K.J. Apa). For Starr, life is a balancing act – keeping her boyfriend secret from her crusty, old-school father, Maverick (Russell Hornsby), while hiding her home life from the people she goes to school with. All that changes, however, one fateful night while she’s being driven home by her long-time friend, Khalil (Algee Smith). At a traffic stop, Khalil reaches for a hairbrush that, in the darkness, the cop thinks is a gun. Shots are fired and Khalil dies with Starr handcuffed by his side. Following the incident, life for the teenager becomes less about coping with a divided identity and more about finding her own voice and standing up for the boy who bled out his life in the middle of a road.

If it wasn’t about the supercharged, divisive subject of race, The Hate U Give would be universally regarded as a good film about a young woman finding the courage to stand up against a corrupt system. The ending, it could be argued, is a little too Pollyanna-ish. But Starr’s fight, although fictional, echoes the struggles of great people throughout history who have faced down an unfair system, some of whom have paid the ultimate price for adhering to their principles. Sadly, the very mention of “race” ignites a politically-charged firestorm and obscures the film’s strengths in a cloud of partisan rhetoric (most of which is spoken by people who haven’t seen the movie). 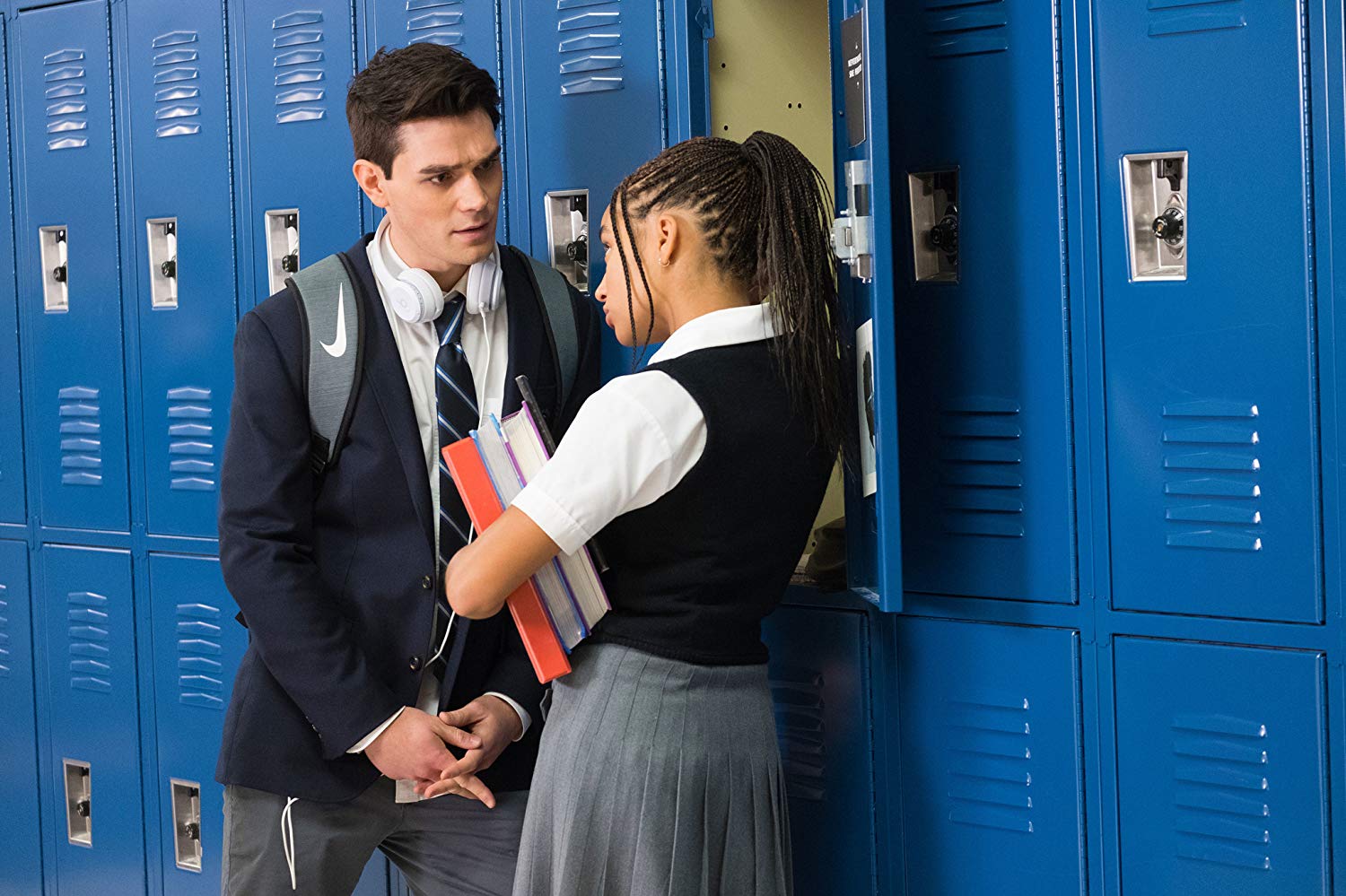 Amandla Stenberg, the rising star who has recently appeared in Everything Everything and The Darkest Minds, gives a nuanced, insightful performance as Starr, expressing the character’s confusion and uncertainty with equal force as her growing conviction that she must make a difference. She is surrounded by a strong cast. Of special note are Regina Hall and Russell Hornsby as Starr’s parents and Common as her uncle, who provides a sincere and sympathetic police point-of-view of the situation in which Starr finds herself.  Anthony Mackie plays a rather conventional villain – a drug lord who will use violence to protect his position.

All movies have a perspective. The one presented in The Hate U Give is measured but unmistakable. The film is incisive; its manipulation is covert and strategic, engendering feeling without seeming intrusive. And although race is a critical element of the production’s DNA and an intimate aspect of the narrative, this is first and foremost the story of a remarkable young woman who, when thrust into the center of a controversy she never courted, asserts herself and discovers an inner strength she never suspected. From the ashes of a tragedy come the seeds of hope.