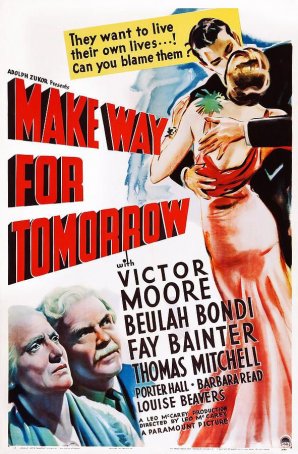 Modern American society doesn’t value age. In ways that are sometimes subtle but often overt, we discriminate against those who have lived the longest and seen the most because they have lost prized traits: youth, vigor, and physical attractiveness. This tendency is evident not only in people’s dealings with strangers but can sometimes be seen within the family dynamic. Aging parents and grandparents are often shunted to the side, their care and consideration just another responsibility of adulthood. With his critically acclaimed 1937 drama, Make Way for Tomorrow, director Leo McCarey (in what he once declared to be the best movie he had made) tackles this subject and, without resorting to the kind of mawkish sentimentality a lesser filmmaker might have employed, delivers a powerful blow. The film hits home because, despite some narrative contrivances, there’s a foundation of truth that no one can deny. Certainly, we feel sadness for these characters and their situation (Orson Welles decreed that Make Way for Tomorrow was the saddest movie ever made) but the story evokes deeper emotions: guilt and fear. Guilt because we recognize that, as young and middle-aged adults, we commit the same kind of marginalization of our elders. And fear that, when we reach our “golden years,” our children will do the same thing to us: out of sight, out of mind, until the tears and regrets come at a funeral. 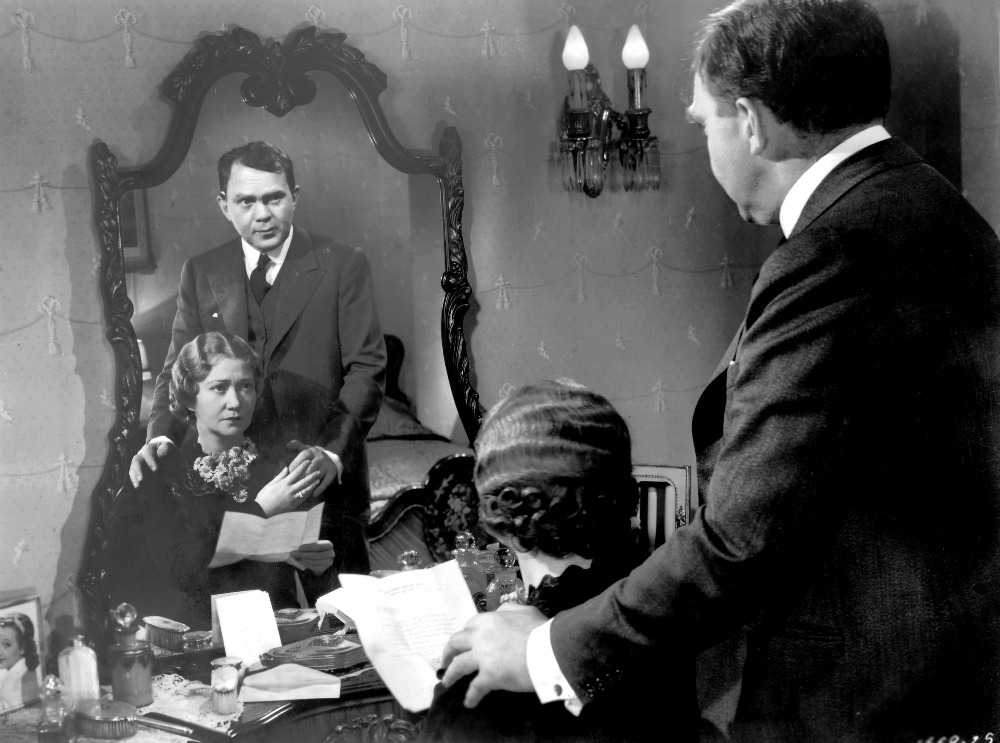 Make Way for Tomorrow, which was adapted from Josephine Lawrence’s “The Years are So Long” by McCarey (who didn’t take a credit despite doing daily re-writes) and Vina Delmar, is set in Depression-era New York. Although the setting may feel strange to viewers approaching the film nearly a century later, there’s nothing foreign about the way characters relate to one another. Without demonizing individuals, McCarey pinpoints the self-absorption that results in the neglect of those whose presence demands sacrifice. With the country mired in the worst economic downturn in its history, there was little appetite for a film that offered hard truths rather than escapism. Despite McCarey’s sterling reputation in Hollywood, Make Way for Tomorrow was not successful at the box office but its reputation as a (sometimes forgotten) classic was cemented by the plaudits of critics and industry luminaries.

The film begins with the gathering of the Cooper clan on a snowy day in a picture-perfect house. Barkley (Victor Moore), the patriarch, is sitting in his usual chair near the fire. His wife, Lucy (Beulah Bondi), is catering to the adult children as they arrive: George (Thomas Mitchell), Cora (Elisabeth Risdon), Nellie (Minna Gombell), and Robert (Ray Meyer). A third daughter, Addie, can’t be there because she lives in California. The purpose for the gathering isn’t a happy one. The bank is about to foreclose on Barkley and Lucy’s home and they have nowhere to go. Although none of the children wants their parents with them – they don’t have the space and money is tight – they come to an arrangement, but it forces the couple to live separately for the first time in 50 years of marriage. Barkley can stay with Cora and her husband (sleeping on the couch) and Lucy can go to George’s apartment, which he shares with his wife, Anita (Fay Bainter), and his 17-year old daughter, Rhoda (Barbara Read). Lucy can sleep in the spare bed in Rhoda’s room. 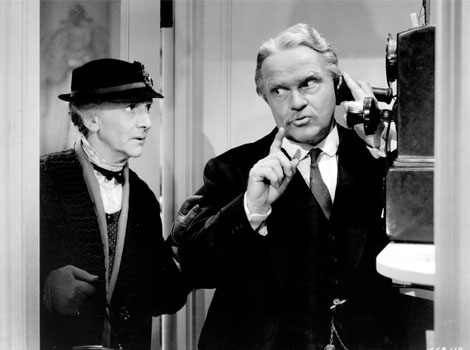 Predictably, things don’t go well. Although they try to put on brave faces, Barkley and Lucy miss one another desperately. Not wanting to get underfoot, Barkley spends much of his day out of the house, commiserating with his new friend, Max (Maurice Moscovitch), until a cold forces him to stay inside. Lucy, without much to do, becomes a distraction and an annoyance to Anita (who teaches Bridge classes in the home) and Rhoda (who won’t bring her friends home because her grandmother monopolizes the conversation). Cora eventually contrives to send her father to California to live with Addie, using his “poor health” as an excuse and George arranges for his mother to retire to an old age home. Before they are parted by 3000 miles, Lucy and Barkley get to spend five hours together in the city, reliving their honeymoon. But that “moment,” like all others, passes and Lucy is left alone on a train platform after her husband says goodbye for the final time.

If someone was to remake Make Way for Tomorrow in today’s climate, they would change the ending. Indeed, in 1937, Paramount executives pleaded for McCarey to do that, but he refused. His decision stands the test of time. The production works as well as it does because there is no compromise. Real life isn’t comprised of happy endings and a story like this, which attempts to highlight a societal deficiency, deserves to conclude with the same honesty shown throughout. That’s not to say Make Way for Tomorrow is an unrelenting downer. There are plenty of comedic moments sprinkled throughout (consider, for example, the exchange between Barkley and the doctor Cora procures for him). The final act, with Barkley and Lucy out on the town, contains elements of fantasy and whimsy. Through it all, however, we never lose sight of the film’s message. And, because we understand and empathize with the adult children, we can’t see them as villains. They are doing – sadly – what we probably would do in their circumstances. They love their parents but have outgrown them and don’t want them underfoot. 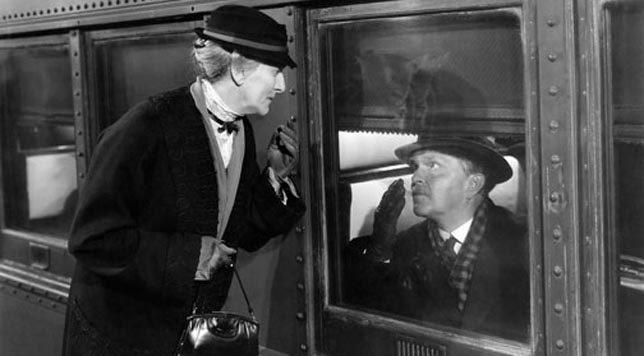 The acting is peerless. Leads Victor Moore and Beulah Bondi, playing characters much older than the actors were at the time (the aging makeup is fantastic), are heartbreakingly believable. The supporting cast is comprised of a group of respected character actors. The best among them is Thomas Mitchell, a face so familiar that anyone who has watched even a handful of films produced in the 1930s and 1940s will recognize him. (For example, he was Uncle Billy in It’s a Wonderful Life.) Mitchell’s performance as George shows, especially in close-up, how competing forces are tearing him apart. George’s pronouncement near the end of the film is Make Way for Tomorrow’s epitaph.

When McCarey won the Best Director Oscar at the 1938 ceremony for The Awful Truth, he stated in his acceptance speech that, although he was grateful to the Academy, they had honored him for “the wrong picture.” He believed Make Way for Tomorrow to be the superior film. History has agreed with this assessment. Although neither The Awful Truth nor Make Way for Tomorrow is watched often eighty years later, there’s little doubt which film has stood the test of time better. The importance of the movie’s subject matter and the lucidity with which it is presented allows Make Way for Tomorrow to retain its relevance in an era that no one involved with this production lived to see.