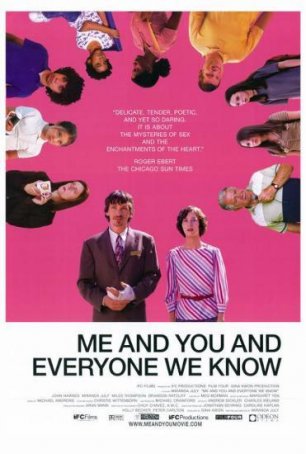 Me and You and Everyone We Know, the winner of a Special Jury Prize for "Originality of Vision" at the 2005 Sundance Film Festival, feels like a throwback film to the American independent films of the early 1990s. Today, it's increasingly rare that we see a film with this kind of quiet depth and poetic soul escape from the film festival circuit and enter general distribution. Lately, the term "independent film" has become synonymous with "inexpensively made," but the content (and sometimes the actors) are pure Hollywood. Me and You and Everyone We Know is truly independent, which is to say offbeat, daring, and the kind of offering Hollywood will never come close to embracing.

Distilled to its essence, Miranda July's debut feature is about two things: the difficulty of communicating and the gulf between reality and fantasy. One could argue that these themes are two sides of the same coin, and the writer/director weaves them seamlessly into a single, coherent motion picture. Me and You and Everyone We Know isn't for everyone. The narrative wanders elliptically, never taking a straight line to its ultimate destination. The tone is slow and poetic, not frenetic. And the movie contains non-exploitative sexual content featuring minors that may offend more sensitive viewers. 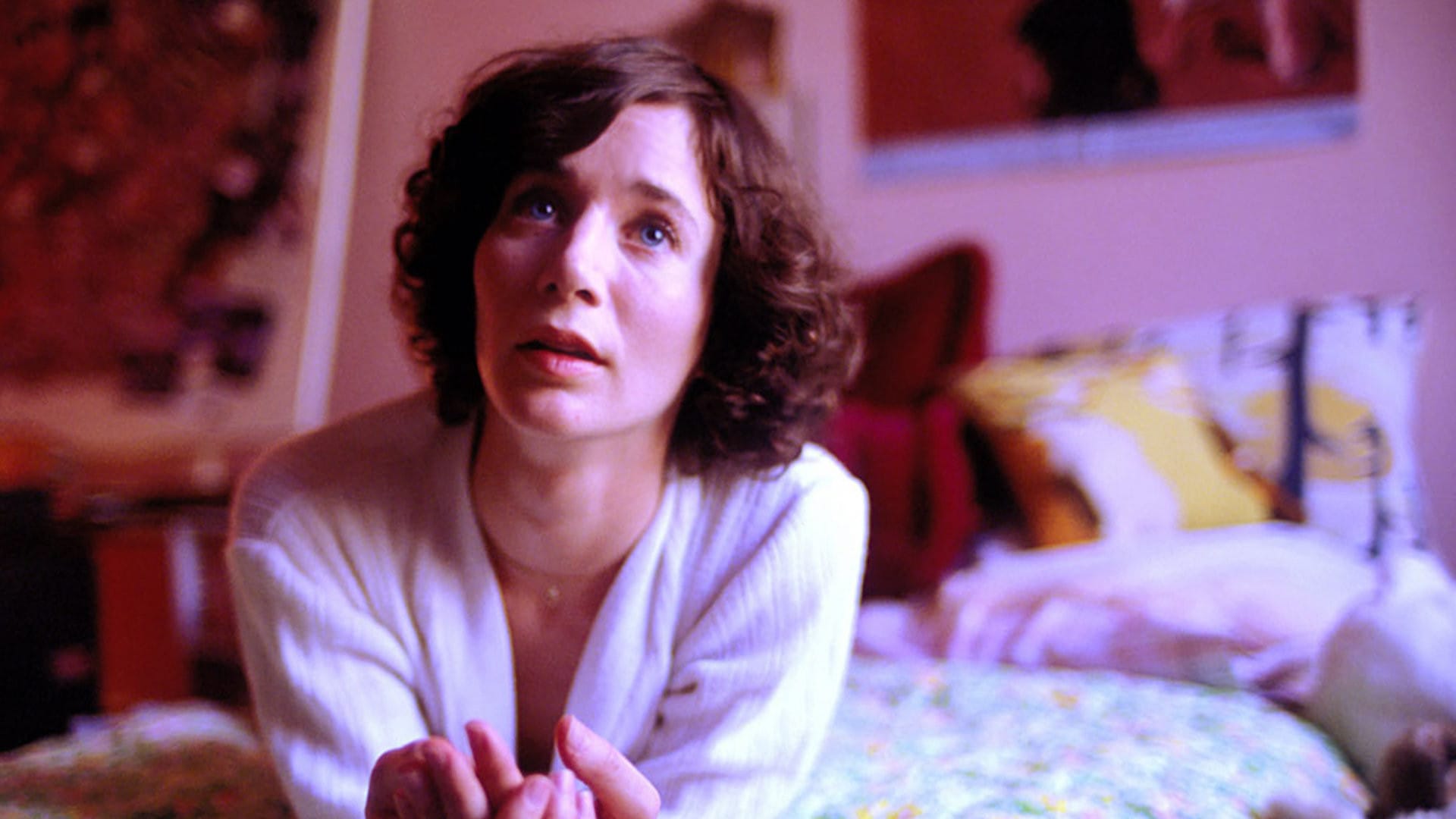 There are two main characters; everyone else is a satellite in orbit around them. The first is Richard (John Hawkes), a recently divorced shoe salesman with a philosophical outlook on life. He still loves his ex-wife, and shares partial custody with her of his two children, teenager Peter (Miles Thompson) and six-year old Robby (Brandon Ratcliff). The other character is Christine (Miranda July), a performance artist trying to get her work noticed by the local museum of modern art. She's also looking for a meaningful relationship. When she meets Richard, there's chemistry, but Christine moves too fast, and the result is a brusque rebuff. Me and You and Everyone We Know is about the wall between Richard and Christine, and how the two find ways to dismantle it, brick by brick.

Fantasy vs. reality also plays a key part in the film. While walking to their cars one day, Richard and Christine engage in a lengthy game that equates their walk to the journey of life. But when Christine tries to extrapolate the imagined intimacy to the real world, she finds Richard to be an unwilling participant. One of Richard's co-workers (Brad Henke) enjoys the fantasy of having sex with two underage girls (Natasha Slyon, Najarra Townsend). But when opportunity knocks (literally), he reacts the way most non-pedophile males would. A lonely woman (Tracy Wright) reveals secret scatological fantasies to an on-line lover, but when she meets him in real-life, a surprise awaits. And a pre-teen girl (Carlie Westerman) reveals her "hope chest" to Peter, but when he mentions it to her while she's with friends, she denies its existence. And then there's the sad tale of the goldfish that never has a chance, and the way in which Christine personifies it. 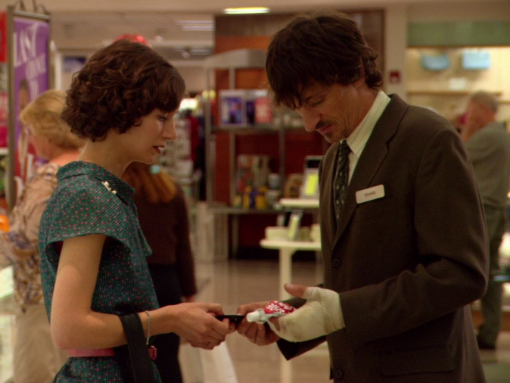 July has never before made a movie (although she has directed a music video), but the sureness with which she handles this difficult material exceeds expectations normally accorded to those in her position. Despite her novice status as a motion picture director, July is a modern-day "Renaissance woman." Before embarking into filmmaking, she has been a musician, a photographer, an author, and a celebrated performance artist. It is unclear whether she will remain behind the camera long-term, but she has indicated she will make at least one more feature.

Most movies are too long. It could be argued that Me and You and Everyone We Know is too short. The characters - even the minor ones - are vividly drawn. When the film comes to a close, we want to spend more time with them. They're like artistically-enhanced versions of the individuals who cross our path every day, and we're interested to see the next chapter of their lives unfold. Will these characters be able to keep the barriers to communication down? Will they be able to cope with divorcing fantasy from reality? July offers hopeful clues, but no clear resolution. That keeps us thinking about the film after it's over, and that's usually the mark of a successful movie.