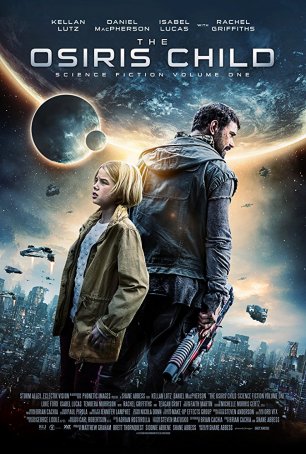 The full title of this movie is the wordy and confusing Science Fiction Volume 1: The Osiris Child. (Is that intended to mean that the series is called “Science Fiction”?) The “Volume 1” should have given me a clue not to expect a complete story. Why do filmmakers today not look to George Lucas and Star Wars for a template: even if you have more tales to tell, edit the first chapter so it feels complete. That way, in case the funding doesn’t materialize to make additional installments, at least viewers will be left satisfied. Wanting more, perhaps, but satisfied nonetheless. I enjoyed The Osiris Child enough that, when it stopped with the complete story half-told, I felt a flash of irritation. For that reason, until more is made (if more is made – a prospect that seems questionable at best), I can’t really recommend The Osiris Child. The movie takes us into the future and beyond the solar system where we find Kane Sommerville (Daniel MacPherson), a decorated lieutenant trying to escape his past. His current assignment for military contractor Exor puts him on a remote planet with a single major human habitation (the city of Osiris) and a prison where experiments of questionable ethics are being performed by Warden Mourdain (Temeura Morrison) under the guidance of Exor’s local commander, General Lynex (Rachel Griffiths). When things go horribly wrong, Lynex orders the eradication of all life on the planet. This places Kane’s daughter, Indi (Teagan Croft), in danger. To save her, he abandons his post on a planet-orbiting space station and crash-lands on the planet. After forming an unlikely alliance with escaped prisoner Sy Lombrok (Kellan Lutz), he searches for Indi with the clock ticking down. 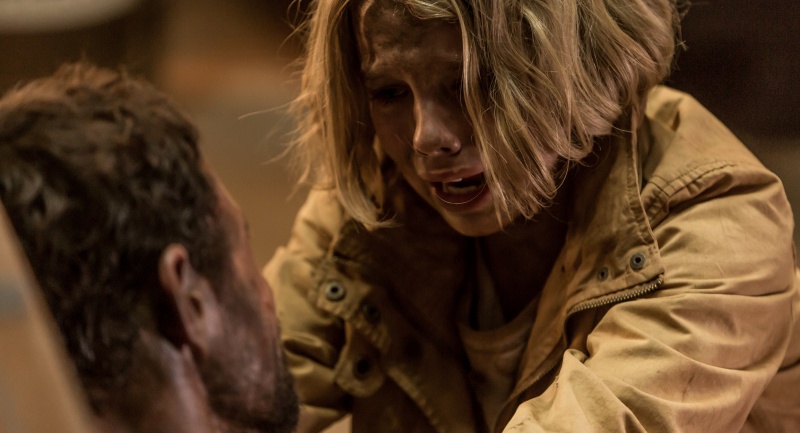 The Osiris Child boasts well-choreographed action and surprisingly good special effects for a film with a limited budget. Credit director Shane Abbess, who also co-wrote the screenplay with Brian Cachia, for getting the most bang for his buck. (Something more than a few Hollywood productions could learn from.) He also generates a decent forward momentum although the decision to tell the story piecemeal with chapter headings and flashbacks stalls this from time-to-time. And, although the movie relies on several familiar science fiction tropes, it offers a few legitimate surprises. One in particular I didn’t see coming.

The acting is solid. Most of the actors have experience in Australian TV shows although leads Daniel MacPherson and Kellan Lutz have had international exposure and supporting players Temeura Morrison and Rachel Griffiths are well-known worldwide. Griffiths, playing against type, is credible as the tough-as-nails commander. Young Teagan Croft, playing the title character, holds her own although she doesn’t have a lot of screen time until the final act.

If Abbess finds a way to continue the story he begins with The Osiris Child, I would gladly watch the follow-up. As far as it goes, the first film is an enjoyable space opera but, as a stand-alone, it doesn’t work. If and when Chapter 2 becomes available, I’ll reconsider the rating I gave this one. Until then, however, be aware that while The Osiris Child offers an entertaining 90 minutes, you’re not getting the complete picture.