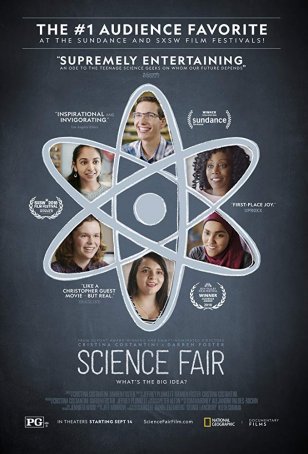 Science Fair is one of those documentaries where a “making of” feature might be as interesting as the actual film. That’s not to cast aspersions on the movie, which paints a lively portrait of several participants in the 2017 (ISEF International Science and Engineering Fair) contest, but the way the segments are assembled causes one to wonder which individuals were on the filmmakers’ radar from the beginning and which ones were shoehorned in after-the-fact.

Science Fair opens with the indelible image of high school freshman Jack Andraka winning the ISEF’s Gordon E. Moore Award in 2012. That’s the “big one,” as Andraka’s open-mouthed, wide-eyed celebration shows. Filmmakers Cristina Costantini and Darren Foster have recruited Andraka to provide a “you-were-there” perspective to the proceedings. Among other things, he remarks that the ISEF finalists, when experiencing their ultimate reckoning, may feel like the potential victims in Predator. Andraka, who obviously relishes being in front of a camera, is one of the film’s assets.

Another of those assets is contestant Anjali Chadha, a whip-smart Kentucky 15-year old who is developing an arsenic detector (“instead of curing cancer…preventing it”). Vibrant and outgoing, she’s a picture of positivity…even when she doesn’t win. Also profiled are a trio of boys from her high school - Ryan Folz, Harsha Paladugu, Abraham Riedel-Mishaan – who have pooled their diverse talents on a project involving reworking stethoscopes. Then there’s Robbie Barrat, a West Virginia math prodigy who doesn’t do well in school but has ideas about how to figure out what’s going on inside an AI mind. 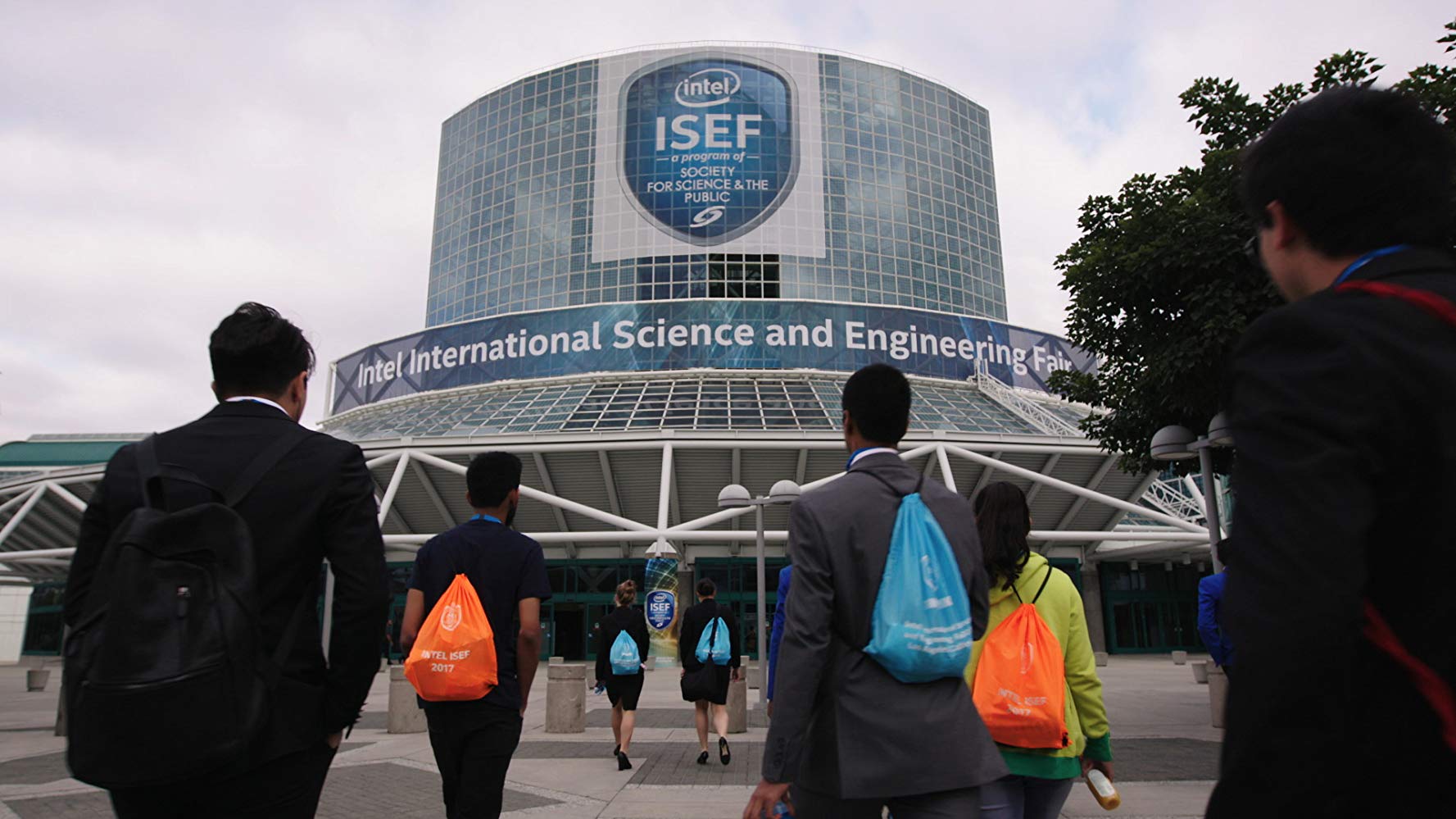 One of the most intriguing personalities is Kashfia Rahman, a shy Muslim American who goes to a sports-obsessed school in Brookings, South Dakota. When informed that one of their classmates has placed #1 in a state science fair, many are surprised. They’re more concerned about the football team’s losing streak. (The movie uses this as an opportunity to contrast the national attitude toward athletic achievement with that of advanced academics. There’s no question which is more valuable to society but also no question where the money can be found.) Fittingly, Kashfia’s faculty adviser is the football coach – he doesn’t understand her project but he believes in her.

Science Fair also follows several international participants. In Germany, Ivo Zell has taken a hundred-year old model for a single-wing plane and updated it to improve stability. Moving from computer simulations to a working model, he is set to revolutionize aeronautics. Halfway across the world, In Brazil, Myllena Braz de Silva and Gabriel de Moura Martins are developing a means to fight the Zika virus. Despite a language barrier (they don’t speak English well), they will be in Los Angeles representing their country in ISEF. 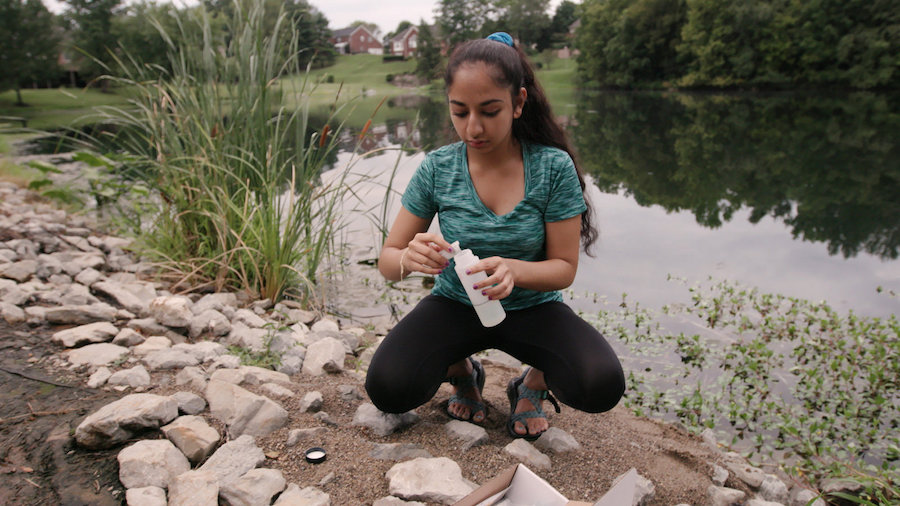 The movie unfolds similarly to Jeffrey Blitz’s 2002 documentary about spelling bees, Spellbound. It doesn’t overburden the viewer with technical details of the projects, providing just enough to give a sense of the purpose. I would have liked a better explanation of the judging process. Considering the number of participants – 1700 boys and girls from 78 countries and territories in 22 categories – the logistics must be complicated.

Science Fair interweaves social commentary (primarily about the importance of science in today’s era) with a build-up to the competition. There’s a certain amount of tension in the proceedings but, as various participants point out, what counts isn’t so much winning as it is having the experience. Several of the documentary’s subjects place. At the end, the filmmakers give us a rundown of how all the movie’s principals fared in the competition and what they did in the aftermath.

Made for the National Geographic Channel, Science Fair was devised as a television project. As such, it’s more than worthy of the time spent viewing it. The material is strong enough, however, that for those who appreciate documentaries of this sort, it’s a reasonable candidate for theatrical viewing. And, although it won’t show up in as many venues as Won’t You Be My Neighbor?, a solid festival run has assured its availability in a select number of art houses.