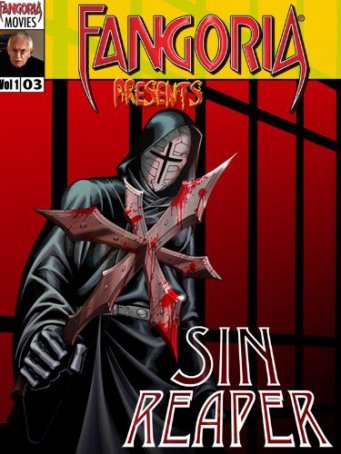 Warning: Spoilers! (Not that anyone will care.)

When it comes to direct-to-video productions, no genre is a more prevalent participant than horror. If one considers how bad many of the theatrical releases of this sort are, it boggles the mind to consider how many hundreds of films there are that didn’t make the cut. Watching something like Sin Reaper, a 2012 German production that screams Halloween-wannabe louder than lead actress Helen Mutch’s whiny cries, illustrates that maybe some of those bad theater-bound horror movies aren’t quite as awful as they initially seem. Although not sufficiently offensive to earn a coveted zero-star rating, Sin Reaper comes close. Anyone who sits through the entire thing (which is available free-of-charge to Amazon Prime members – what a benefit!) deserves either an award for endurance or should consider seeking psychiatric help.

Most of the time, bad horror movies are bad because they’re just plain, well…bad. Sin Reaper isn’t just bad because it’s bad but it adds incompetence into the mix. The direction, by Sebastian Bartolitius, is amateurish. He and cinematographer Michael Arnieri don’t know a thing about blocking and framing. Characters are haphazardly placed, sometimes with their heads cut off (oddly appropriate for a horror film). If you want to see an example, pull up the movie and watch a random minute or two. It won’t take long to find one. (This recommendation is only for masochists or film students in search of a primer on what not to do.) 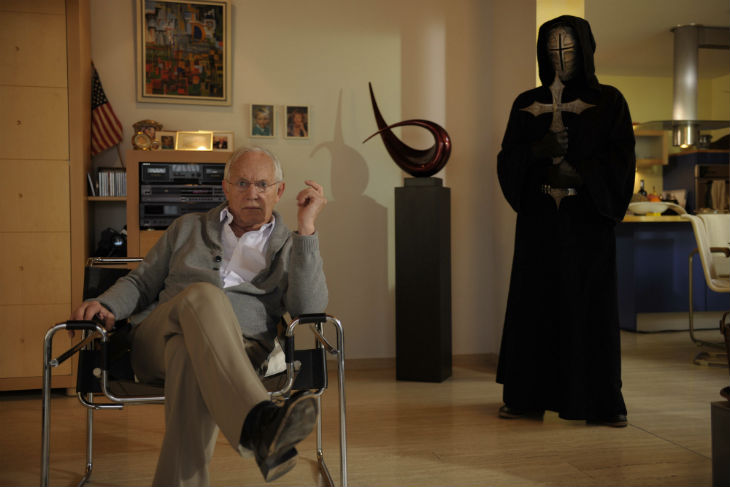 The film’s advertising places two names at the top: Helen Mutch and Lance Henriksen. Since Henriksen is the only actor in this film anyone will have heard of, let me start with him. He’s here because, at least in theory, his presence gives Sin Reaper credibility. As Marlon Brando was for Superman, so Henricksen is for Sin Reaper. (Okay, not a great analogy.) He plays Dr. Douglas Hoffman, the shrink for the damaged Samantha (Mutch), and has a total of perhaps five minutes of screen time. Now, knowing Henriksen and having seen much of his past work, there’s a reasonable expectation that he’s going to be involved in the twist/reveal at the end. After all, surely the filmmakers aren’t going to have him do little more than putter around his house and offer words of wisdom, are they? Unfortunately, that’s exactly what they do. What a way to turn a bishop into a pawn.

This is a German movie but all the actors, regardless of their nationality, are required to speak English, supposedly with American accents. Sometimes, their diction is okay. Other times, it’s unintelligible. More often than not, the performers forget they’re supposed to be American. This is especially true of British-born Mutch, who often uses her natural accent until “remembering” mid-sentence that she’s supposed to be from across the ocean and changes course for a tortured phrase or two.

The basic plot sends twentysomething Samantha to Germany to investigate a monastery she has been seeing in her dreams. Why? Who knows. She doesn’t. When she gets there, she connects with another “American,” Sasha (Patrick J. Thomas), and the two of them venture out to the creepy place – first for a daytime tour then for a little nighttime breaking-and-entering. They are followed by some of Sasha’s friends, who provide fodder for the Sin Reaper, a murderer who stalks the monastery while wearing the garb of a Crusader. While on the prowl, the Sin Reaper walks more slowly than a zombie on Prozac. Why? Presumably because Michael Myers had a slow gait in Halloween. The filmmakers figured that if Michael’s shambling could result in amazing tension then, by having their serial killer walk even more slowly, imagine the results! Instead…wake me up when the Sin Reaper reaches his destination. 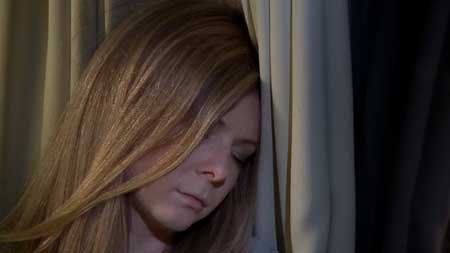 The movie goes on and on and on, with characters stumbling around in the monastery, occasionally finding their former companions dead while the camera shakes and causes them to fall out of frame. There’s the occasional attempt at a jump-scare but Bartolitius doesn’t have the knack for executing these properly and the musical stinger isn’t strident enough. Most of the exposition occurs during a dinner attended by four soon-to-be-dead secondary characters, although some is left over for the verbose climax that follows the unmasking of the Sin Reaper. Since pretty much everyone is dead by this point, we know it has to be either Lance Henriksen or someone who has previously enjoyed about two minutes (max) of screen time. It’s the latter.

It has been postulated that Sin Reaper is intended as an homage/throwback to the ‘80s slasher films. That might be plausible assuming Bartolitius and his screenwriters had ever seen an ‘80s slasher film, but that doesn’t seem to be the case. Where’s the T&A (an absolute must in any true slasher film)? Where are the characters who are murdered after having sex? (Two characters stop short because sex in a monastery is creepy, but they are killed anyway.) Where are all the shocking and unique methods of death and evisceration? (The Sin Reaper is boring – he just slices people with a multi-edged mace.) Just about the only thing Sin Reaper gets right is that all the stupid horror characters do stupid horror movie things. I mean, how is it possible that someone with a gun manages to be disarmed by a slow-moving psycho carrying a mace?

Sin Reaper is proof that, no matter how bad you think a horror movie is, there’s always room for something worse. This is that “worse.”