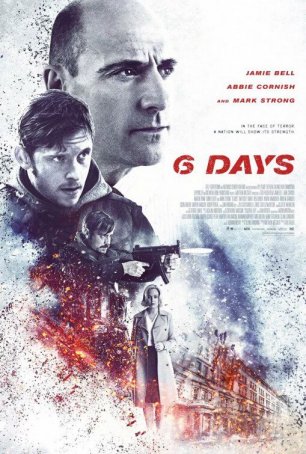 On April 30, 1980, six men invaded the Iranian Embassy in Princes Gate, London. The resulting crisis, in which 26 people were taken hostage, led to a daring rescue by England’s special forces after six days’ of tense negotiations went nowhere. The events were televised around the world, making this one of the most high-profile hostage-takings of the 20th century. New PM Margaret Thatcher, eager to flex her anti-terrorist muscles, decreed that none of the gunmen would be permitted to leave the country and Iran refused categorically to cooperate. The endgame turned out to be less bloody and tragic than even the most optimistic among the rescuers might have hoped. 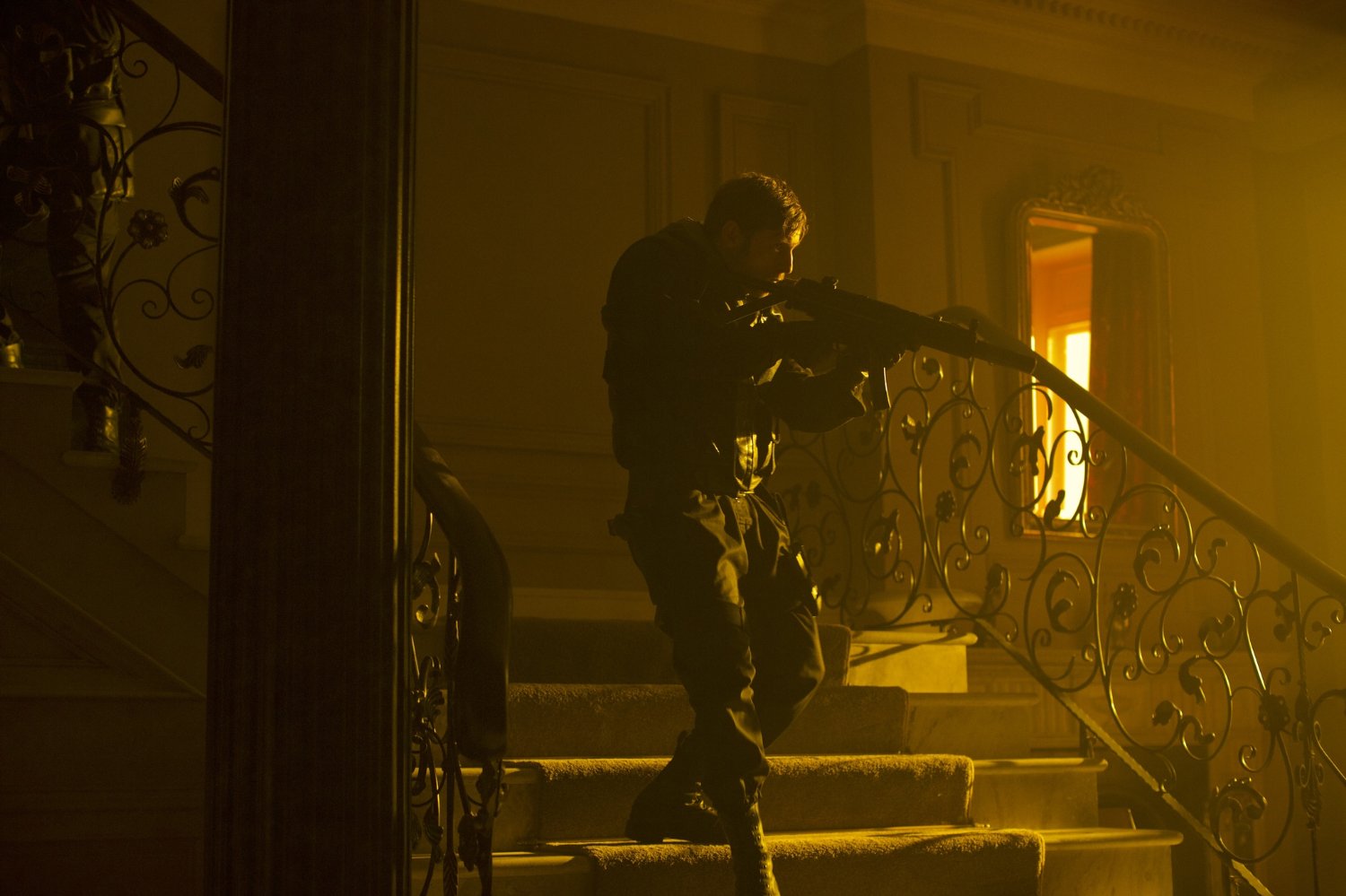 6 Days is a chronicle of the occurrences of April 30-May 5, 1980 and presents a straightforward account of what happened in and around Princes Gate. The style adopted by director Toa Fraser is that of a docudrama and Fraser is less interested in telling individual stories than in putting events into context and providing a clear, uncluttered view of what happened and how it happened. To that extent, it’s successful even though none of the characters escapes from the two-dimensional bubbles in which they are hermetically sealed. This is as pure a narrative-based film as one is likely to find; the men and women populating 6 Days exist primarily to move the story along.

The film examines the crisis from five perspectives. There are scenes inside the embassy featuring (imagined) discussions between the chief terrorist, Salim (Ben Turner), and his lieutenants as well as interaction between the hostage-takers and their charges. We see the preparations of the SAS (Special Air Services), represented by Rusty Firmin (Jamie Bell), as they plan for the operation. Police negotiator Max Vernon (Mark Strong) tries everything in his power for a peaceful resolution – a pipe dream that’s never realized. Representatives of Thatcher’s government discuss options when there really aren’t any, especially when no Middle East countries show a willingness to become involved. Finally, an attempt is made to depict the role of the media via reporter Kate Adie (Abbie Cornish). 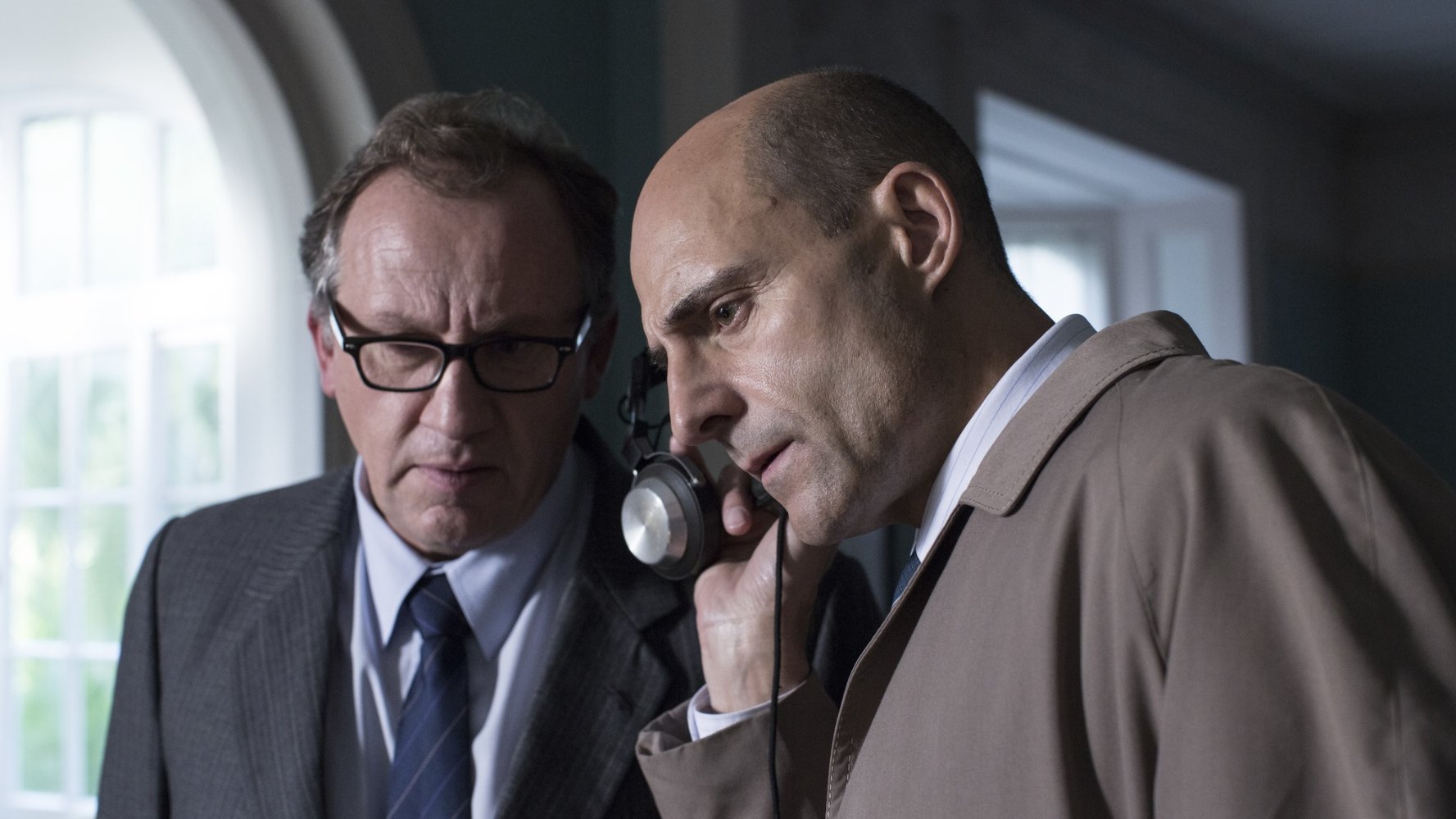 Some of these things work better than others. The scenes featuring Vernon – the only character with a semblance of a life beyond the screen’s edge (we catch glimpses of his family) – have an emotional component and his discussions with Salim are credible. There’s also a verisimilitude to the higher-level political discussions. The SAS scenes don’t work aren’t as effective – attempts to manufacture suspense don’t go anywhere since there’s no connection to any of the characters involved in these scenes. The sequences featuring Adie feel tacked-on and are poorly integrated. They belong in a different film.

Overall, 6 Days works better as an educational experience than a source of entertainment. As with any fact-based feature film, events have to be taken with a grain of salt since the primary goal isn’t necessarily an accurate recreation of history, but Fraser and his screenwriter, Glenn Standring, appear committed to presenting an unvarnished telling. 6 Days works not only as a portal into what happened 37 years ago but as an understanding of the difficulties of handling hostage situations and why it’s easy for things to go very wrong. It’s a worthwhile film, especially for those with an interest in the place and/or period.