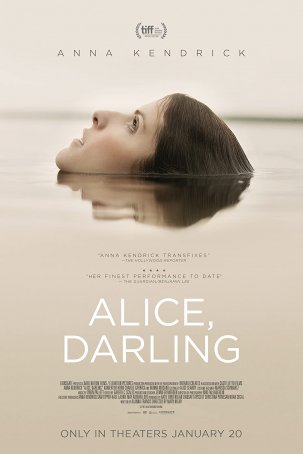 A take-notice performance from Anna Kendrick (who drops the f-bomb more times than in all of her previous roles combined) can’t hide how threadbare and ultimately unsatisfying the narrative of Alice, Darling is. Written without much concern for logic and coherence, the movie wavers between being a drama and a thriller and, as is too often the case in situations like these, doesn’t work as either. And, although the movie addresses a serious subject (non-physical abuse), it fails to do so in a manner that is compelling or credible. The ending is artificial, a for-the-masses resolution grafted onto a film that deserves something grittier and more believable. To give them credit, at least director Mary (daughter of Bill) Nighy and screenwriter Alanna Francis don’t go the Fatal Attraction route, although a case could be made that such a trajectory would have at least been more honest.

Alice, Darling focuses on a girls-only escape weekend reuniting the childhood trio of Alice (Anna Kendrick), Tess (Kaniehiio Horn), and Sophie (Wunmi Mosaku). Once inseparable, the three have grown apart over the years and this occasion – Tess’ birthday – gives them an opportunity to reconnect by spending a week living in a secluded lake house. While Tess and Sophie successfully leave their real-world concerns behind, Alice is having trouble in that regard. After lying to her controlling boyfriend, Simon (Charlie Carrick), about her whereabouts, she finds herself caught between a paralyzing need to flee back to him and a desire to be as far away from him as possible. When they discover how dire Alice’s situation is, Tess and Sophie stage an intervention of sorts but, as Alice appears on the verge of breaking the unhealthy relationship, Simon shows up. 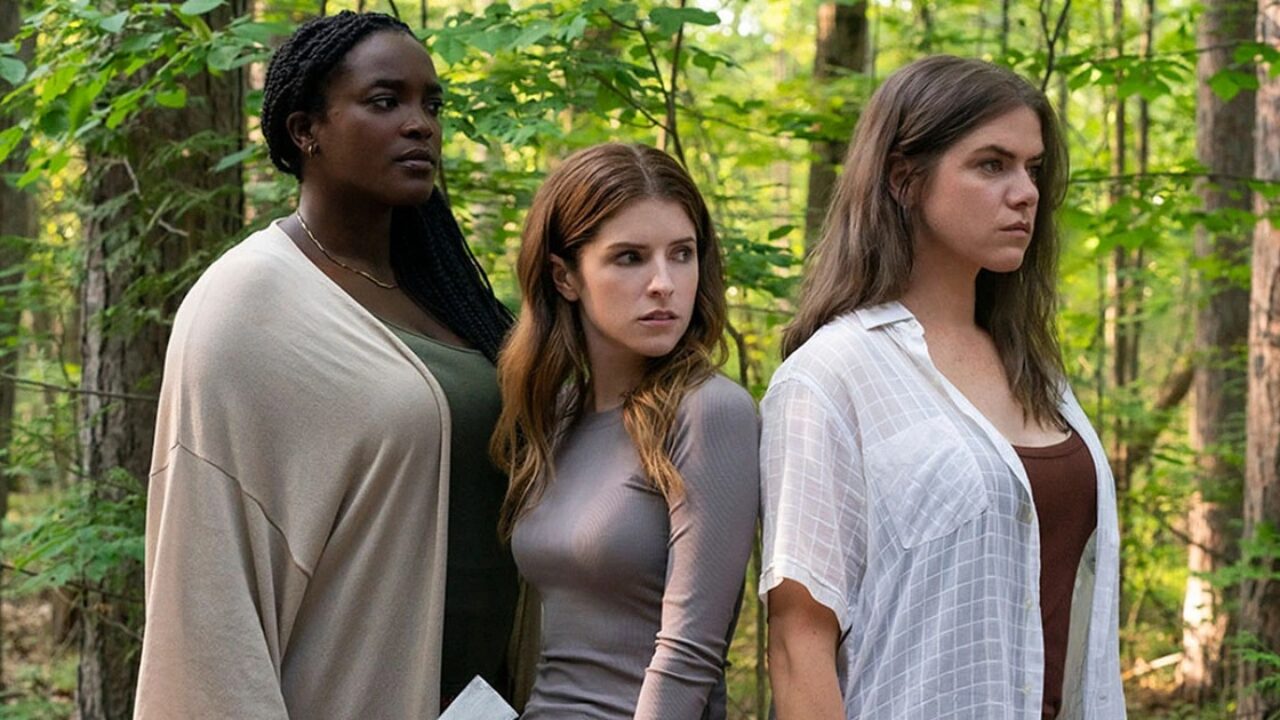 It takes so long for the movie to get to the “thriller” aspect (Simon doesn’t make his in-the-flesh appearance until well into the second half) that one could be forgiven thinking Alice, Darling is going to be a simple story about how old friends grow apart and develop unpleasant baggage. The movie might have been more powerful if it had stayed in that lane. Almost everything wrong with the production is related to Simon’s arrival, including the anticlimactic resolution. Alice, Darling feels like it was heavily rewritten although the exact reason is unclear since it results in the movie stumbling drunkenly along the line separating exploitation from introspection without ever committing to either camp. 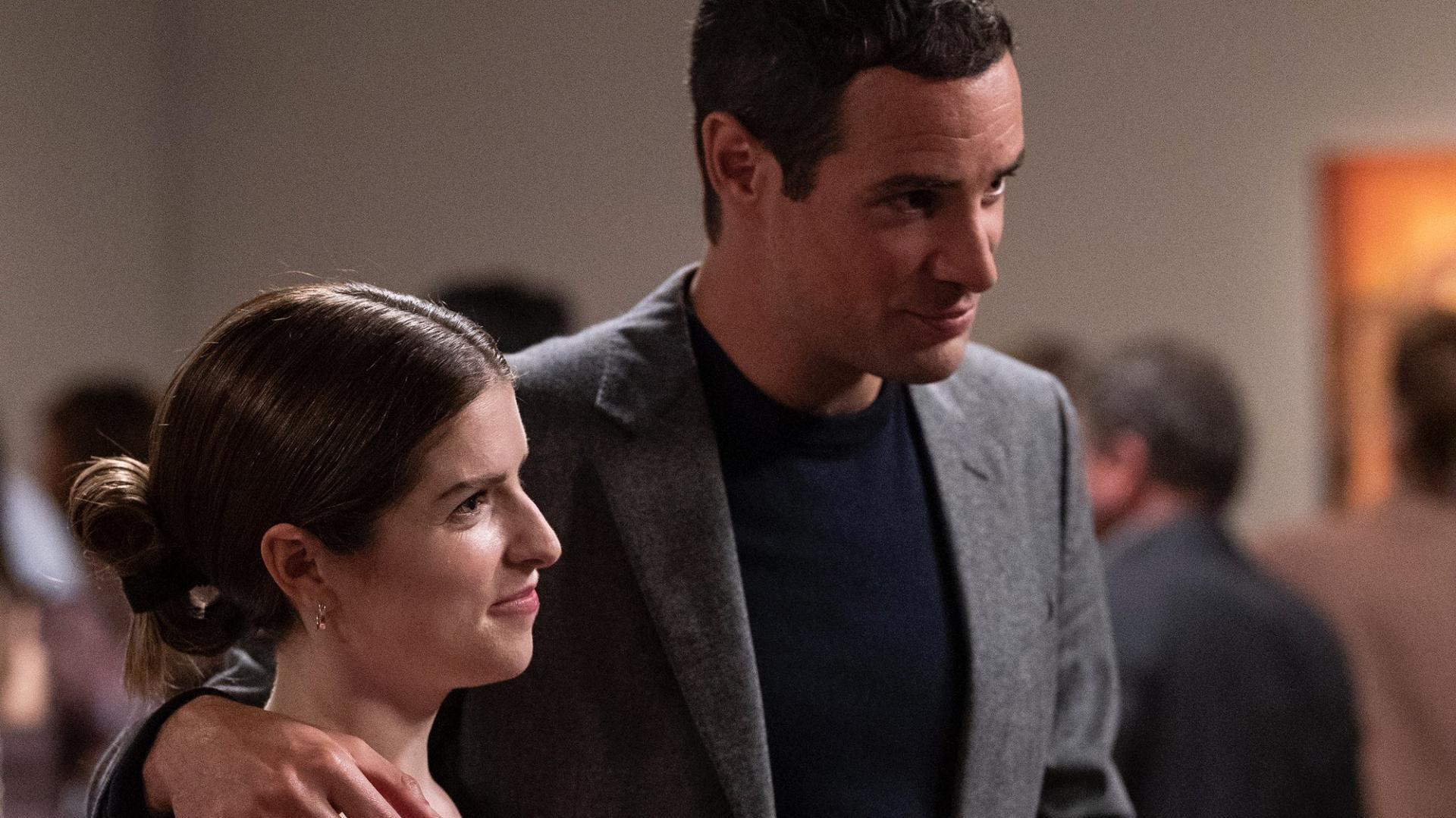 Narrative issues aside, Anna Kendrick gives a strong, committed performance. She avoids histrionics and gives a credible portrayal of a woman trapped in a dysfunctional relationship and unable to escape. This is the best work the actress has done since Up in the Air and reminds viewers that she’s capable of more than the one-note cheerfulness that suffocated her in the Pitch Perfect movies. Kaniehiio Horn (a Canadian actress with a solid TV resume) and Wunmi Mosaku (a Nigerian-born British actress with a BAFTA nomination to go along with roles in several big-budget Hollywood productions) give solid supporting turns. Charlie Carrick, however, fails to leave much of an impression as Simon. He’s too bland to be frightening, ingratiating, or whatever else he’s trying to be.

Lionsgate is giving Alice, Darling a limited last-weekend-of-the-year release in order to make Kendrick eligible for awards consideration. As good as she is in the role, it’s hard to see her being placed in the same company as Cate Blanchett and Danielle Deadwyler. That’s in part because her performance isn’t on quite the same level and in part because the overall production is forgettable. Although Kendrick is the best thing about the movie, her contribution doesn’t elevate Alice, Darling to better than a streaming pick.