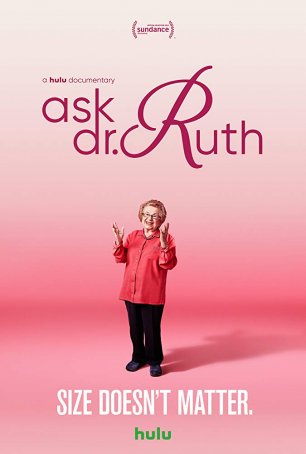 For anyone who doesn’t remember the media popularity of Dr. Ruth Westheimer during the 1980s, Ask Dr. Ruth (a documentary made for the Hulu platform) may be little more than a curiosity – a competently mounted film providing insight into a past cultural icon. The production is sufficiently well-made that it should capture the attention of anyone watching but, for younger viewers, there’s not much cachet attached to the name “Dr. Ruth.” For those who were around in the 1980s, however, it’s a different matter. There was a time during that decade when Dr. Ruth was ubiquitous, hosting her own radio (and later TV) show, making regular appearances at all the Late Night stops (Letterman, Carson, Arsenio Hall), and popping up on TV shows and in commercials. Ask Dr. Ruth takes the caricature of the middle-aged, diminutive sex therapist and, through the use of documentary techniques, expands and deepens the viewer’s understanding of the woman behind the image. 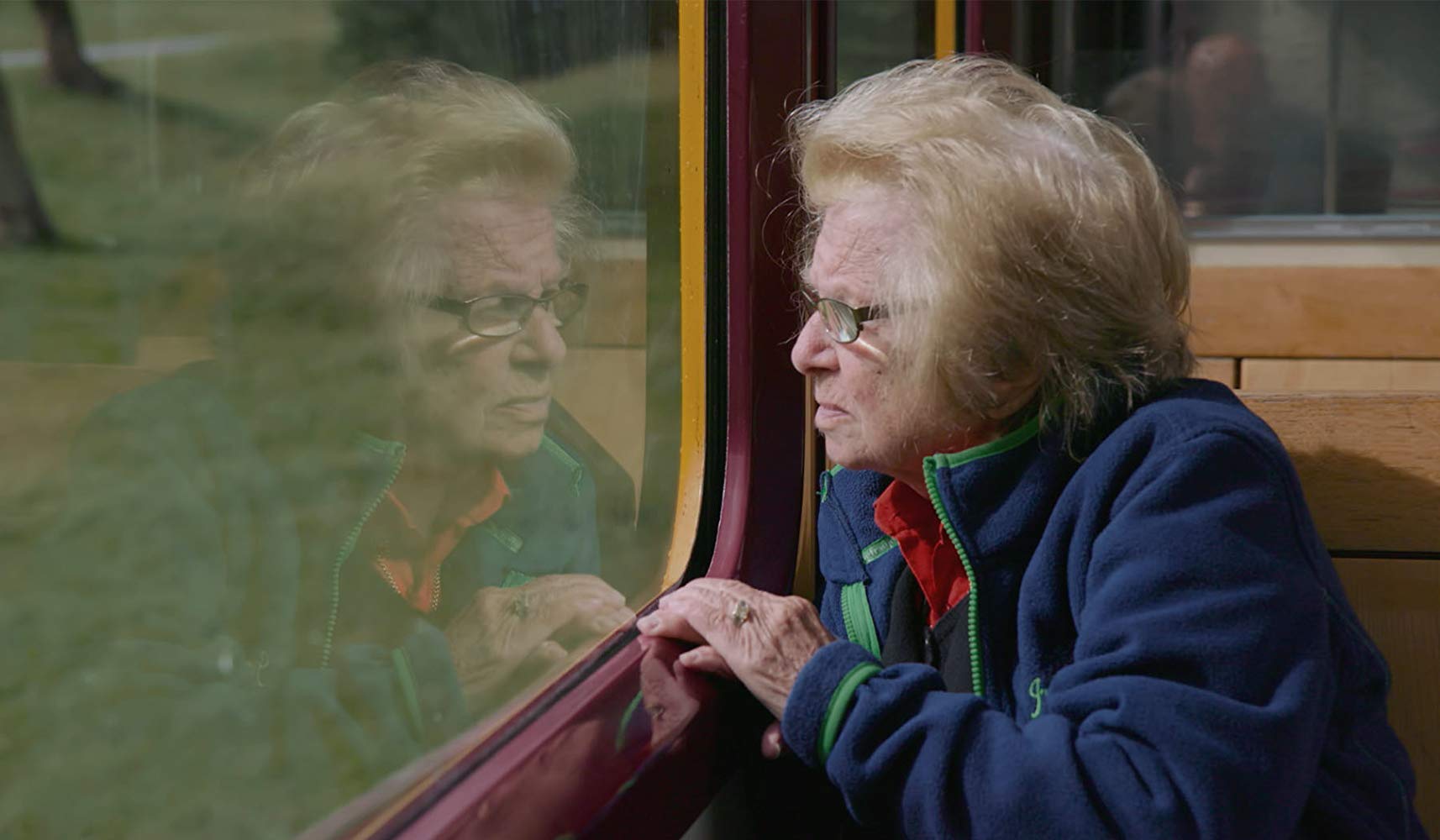 The movie is constructed around a contemporary interview with Dr. Ruth, who is still vibrant and active (although not so much in the public spotlight) in the run-up to her June 2018 ninetieth birthday. About half of director Ryan White’s exploration into Westheimer’s history and career proceeds along expected lines with clips and audio excerpts from her various endeavors, discussions with her children and grandchildren, and an exploration of the impact her openness about sexuality had on the country. She was pro-gay and pro-choice at a time when neither were popular positions but nevertheless was warmly received by President Reagan (she claims to be non-political and has never publicly endorsed any candidate). May callers to her radio show claim that her advice changed their lives forever. 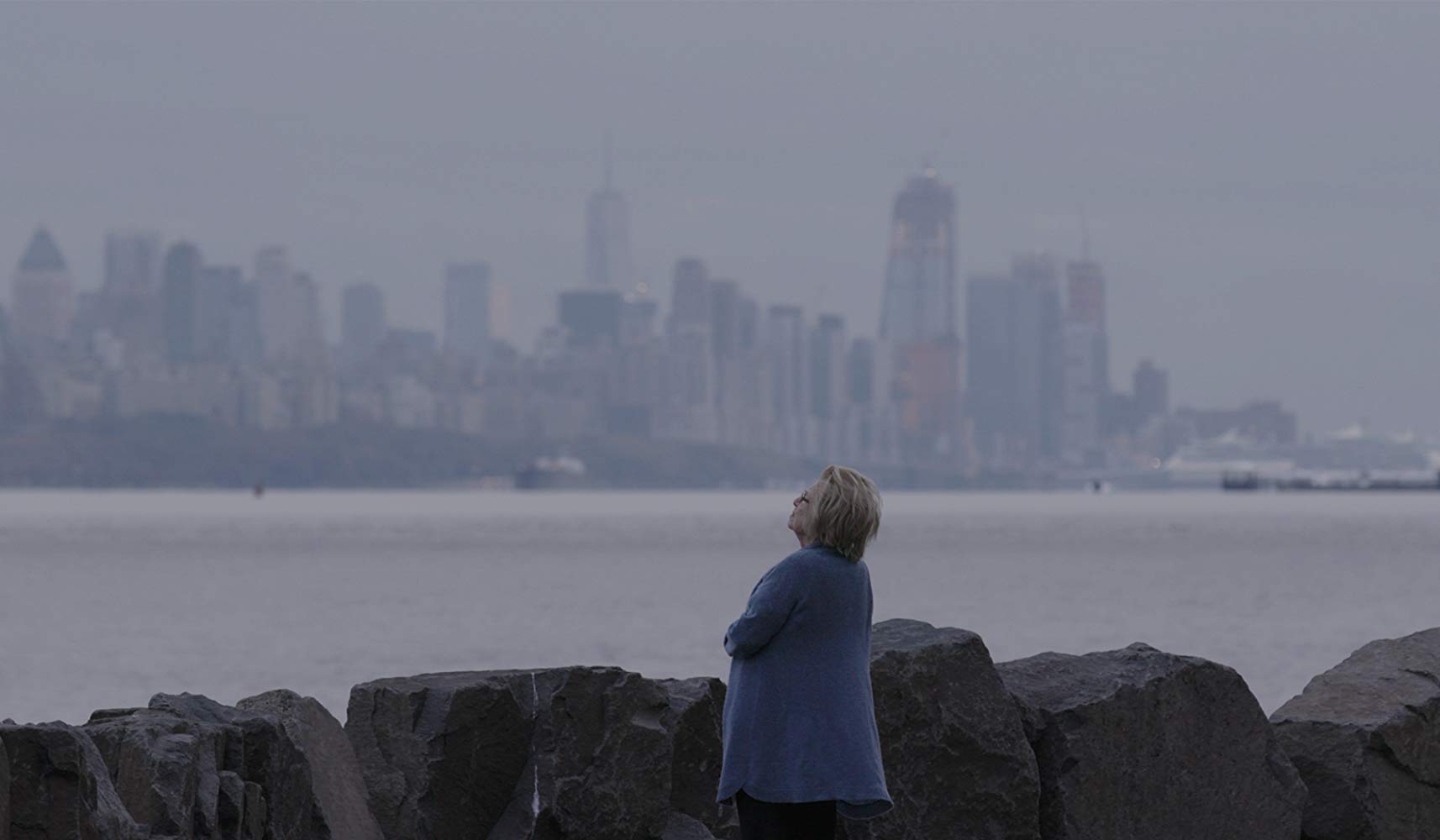 Ask Dr. Ruth has some surprises for all but the most devoted of Westheimer’s followers. Using anime-inspired animation and reading excerpts from Westheimer’s diaries, the movie chronicles her experiences as a German Jew during the rise of Nazism and her subsequent involvement in the 1947-49 Palestine War. After what she describes as an idyllic first ten years of life, she was separated from her parents in early 1939 when her mother sent her to an orphanage in Switzerland following her father’s arrest. She was able to correspond with them by mail until late 1941 when the letters stopped. (According to the official Holocaust records, her father was killed at Auschwitz; her mother “disappeared” and was assumed to have been murdered, although the place and date are not known.) After World War II, she went to Israel and became a sniper; she suffered serious injuries in 1948 when she was in close proximity to an exploding shell.

In addition to revealing aspects of Westheimer’s life that few familiar with her only from her sex-positive talk shows would have likely known, Ask Dr. Ruth provides a portrait of a woman who, even at age 90, remains remarkably upbeat and energetic. Age hasn’t slowed her or brought her low nor has fame made her proud or arrogant. (She continues to live in the same modest apartment that has been her home for more than a half-century.) In presenting this overview of Westheimer’s life, White doesn’t try anything glossy or flashy. It’s a straightforward examination of the documentary’s subject, not unlike last year’s depiction of Fred Rogers in Won’t You Be My Neighbor? Because the movie never loses its focus and allows Westheimer’s charisma to remain front-and-center, Ask Dr. Ruth is an effective and sometimes surprising mini-biography.