When we last saw Richard Dreyfuss gazing skyward, he was about to have a close encounter of the third kind. Now, some four-plus decades later, the still-working actor is again looking up, although this time the reasons are less extraterrestrial. Starring in the underwritten Astronaut, Dreyfuss plays a seriously ill septuagenarian whose lifelong obsession with spacefaring (along with a little prod from his adoring grandson) leads him to enter a contest whose prize is a ride on the world’s first commercial space-plane.

The underlying idea is pregnant with promise but writer/director Shelagh McLeod, making her feature debut, is trapped by the time limitations of a film into cutting narrative corners and cheating to achieve an upbeat ending. Various complexities introduced (or at least hinted at) during the first two acts are shunted aside later in the film in order to provide an audience-pleasing resolution. Although numerous contrivances creep into the film’s final third, one in particular, involving structural flaws in the runway and how these come to light, is so hard-to-swallow that it causes the suspension of disbelief scaffolding to teeter dangerously.

To the extent that we stay with Astronaut to its unlikely ending, it’s because of Dreyfuss. Sure, not everything in which the veteran actor has appeared can be considered “great” (or even watchable, for that matter – remember Moon over Parador?), but he’s invested in the role of Angus and, like us, maybe sees a kinship to Roy Neary in the part. For decades, Angus has dreamed the impossible dream of looking down on the earth from far above but he never thought it could happen. His love of astronomy has brushed off on his grandson, Barney (Richie Lawrence), who gazes eagerly through the telescope eyepiece when Angus aims it at a metaphor-rich comet. When luck gives him a chance at boarding a revolutionary vehicle designed and piloted by a tycoon (Colm Feore) more concerned with making a splash than ensuring that all the safety boxes are checked off, he can’t let the opportunity pass by, even if it means lying about his age and health. 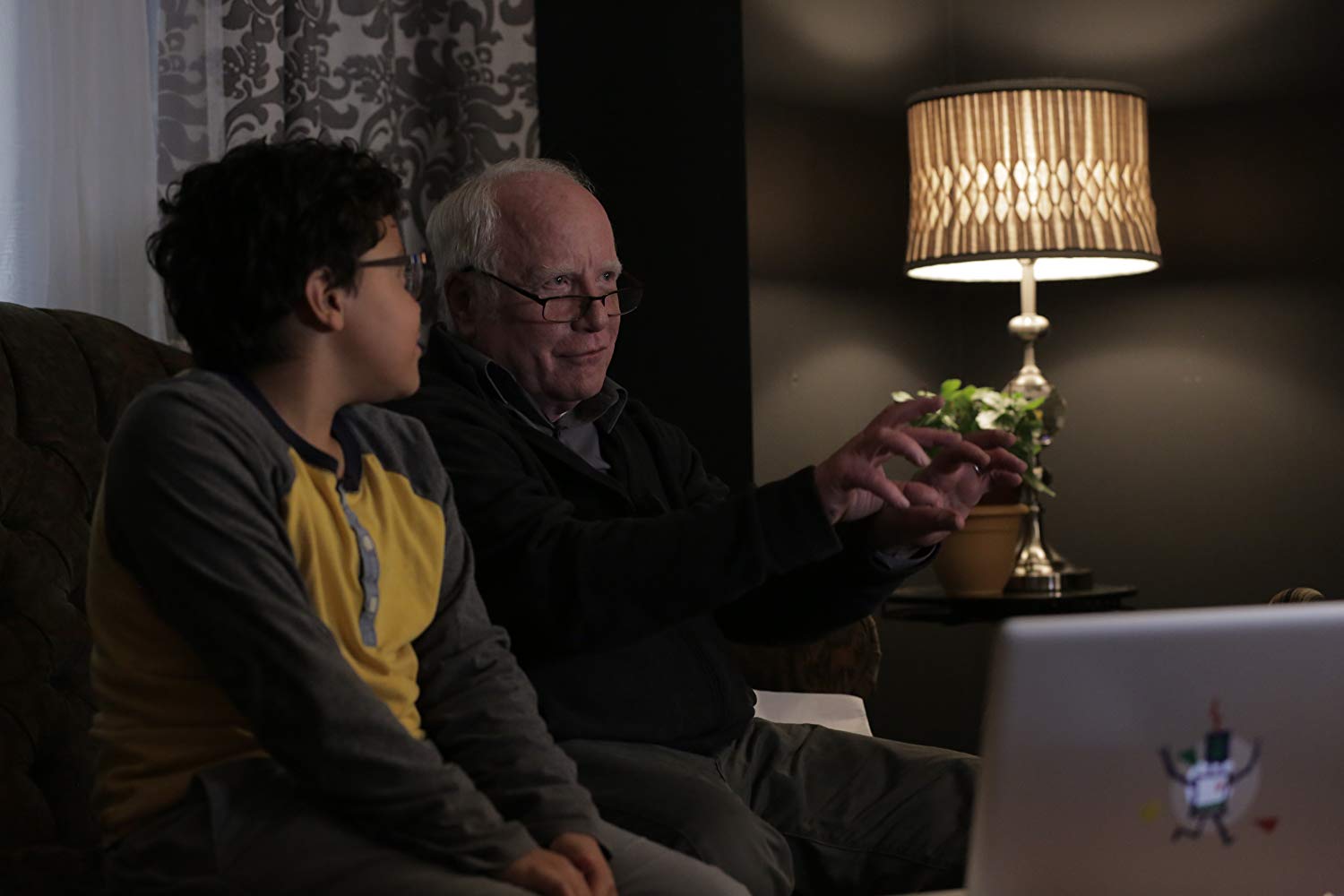 To flesh out Angus’ character, Astronaut introduces his family – daughter Molly (Krista Bridges), son-in-law Jim (Lyriq Bent), and Barney – and establishes his circumstances. One a renowned civil engineer, his declining health has forced him to accept relocation to a retirement home. His misadventures at his new place of residence are presented with dollops of melodrama and slices of humor. Graham Greene plays a fellow “inmate.”

Given a multi-episode mini-series format, Astronaut’s story might have gained traction. The film’s first half is promising but it is let down by the rushed ending and confusing changes in character motivations. Believably, Angus doesn’t win the contest. He freezes up and fails his on-air interview. Although a bitter pill, that aspect of the story feels real. It’s what happens after that strains credulity. Developed in a less rushed and more organic fashion, with a stronger focus on the tug-of-war between “being first” and adhering to stringent safety regulations, Astronaut might have been compelling, but the movie’s 90-minute running time doesn’t allow for such niceties. It’s meant to be consumed quickly and easily and the resulting taste is bland.

McLeod does the best she can with a limited budget but the movie often has the look and feel of something cobbled together for TV. Dreyfuss not only provides the star power but also the sense of energy. At a time when nostalgia for an event 50 years in the past has us again looking upward at night, there’s something at the heart of Astronaut about the undying dreams of exploration that rings true.