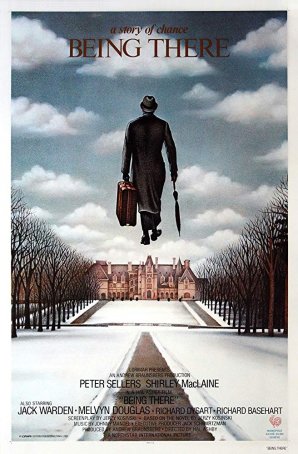 Being There, Hal Ashby’s 1979 adaptation of Jerzy Kosinski’s novel, is a delightfully dark comedy that, despite a cynical bent, offers viewers a good time. At the heart of Being There’s popularity is a recognition that even the most simple-minded person can put one over on the members of the so-called elite. In this story (as perhaps in life), the latter can be so self-absorbed and certain of their correctness that, rather than admitting to an error in judgment, they’d rather double-down on their original opinion and ignore the facts, no matter how obvious they may be.

The film gave Peter Sellers a chance for a late-career success that didn’t involve Inspector Jacques Clouseau and stands alongside his work with Stanley Kubrick as the best of a long and varied career. He died less than a year after Being There’s release. Those who knew Sellers only for the Pink Panther movies (he appeared in five of those films plus one posthumously) might not recognize him in this role. Although his portrayal of Chauncey Gardner is comedic, it’s a carefully modulated interpretation that requires him to be the straight man. He never breaks character and that dedication allows the viewer to buy into the production’s fractured fairy tale, no matter how fatuous it may seem. (According to his co-stars, Sellers employed method acting to perfect his performance.) 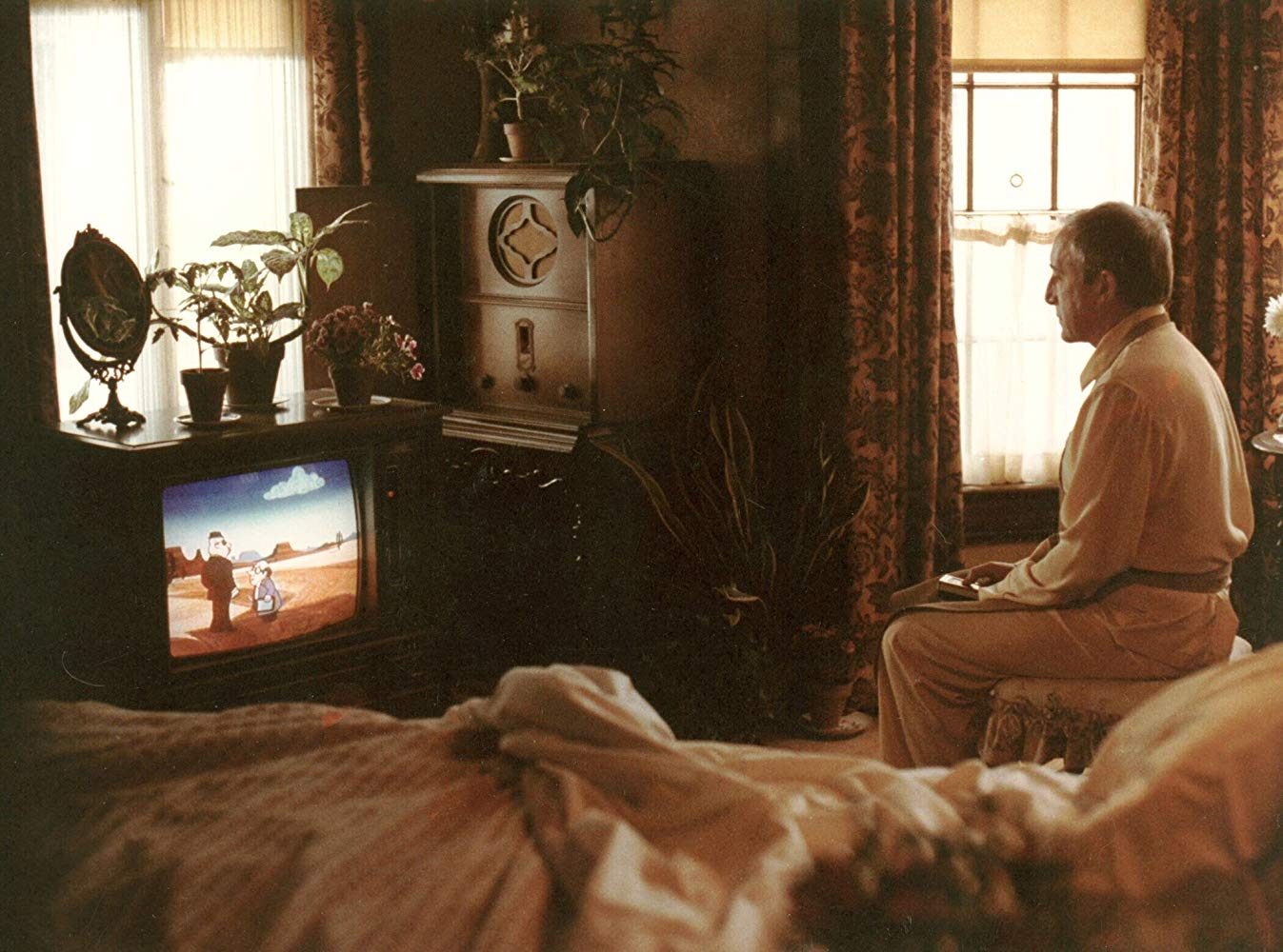 Chase the gardener (Sellers) is a middle-aged man living in the townhouse of an aging benefactor. He has been there for as long as he remembers; his days consist of caring for the garden and watching TV. He has never ventured outside (except for the garden) and has no conception of what it means to live in the “real world.” His understanding of life comes from Mr. Rogers’ Neighborhood, Captain Kangaroo, cartoons, and talk shows. A kind description of him would be “slow.” (Roger Ebert, writing in 1979, used the then-acceptable term of “mentally retarded.”) Perhaps the best estimation of Chase’s intelligence comes from Louise, the maid who has cared for him during all his years in the old man’s house: “Had no brains at all. Was stuffed with rice pudding between the ears. Shortchanged by the Lord and dumb as a jackass.”

Chase’s life is turned upside-down when the old man dies. He is evicted from the house and forced to contend with a world he doesn’t know or understand. His TV remote-control clicker won’t mute people he doesn’t want to hear nor will it change the channel of his reality. Serendipity intervenes, however, when he is accidentally stuck on the leg by a parking car. The woman in the back of the limousine, Eve Rand (Shirley MacLaine), insists that he come home with her so her live-in doctor can have a look at him. She has a physician on the premises because her wealthy husband, Ben (Melvyn Douglas), is mortally ill. When Chase introduces himself as “Chase the gardener,” Eve mistakes him as saying “Chauncey Gardner.”

Wearing the dapper clothing given to him by his former employer, Chauncey is easily mistaken for a man of means and, when they meet, Ben takes him to be such. The two become friends, with the sick millionaire believing that Chauncey’s deliberate cadence and minimal talking are the result of his being a deep thinker. When he speaks concretely about gardens, Ben and Eve take his words as metaphorical. Ben is so impressed by his new friend that he introduces him to the President (Jack Warden), who incorporates some of Chauncey’s “gardening lessons” into a policy speech. Suddenly, everyone is interested in this mysterious new Washington insider. 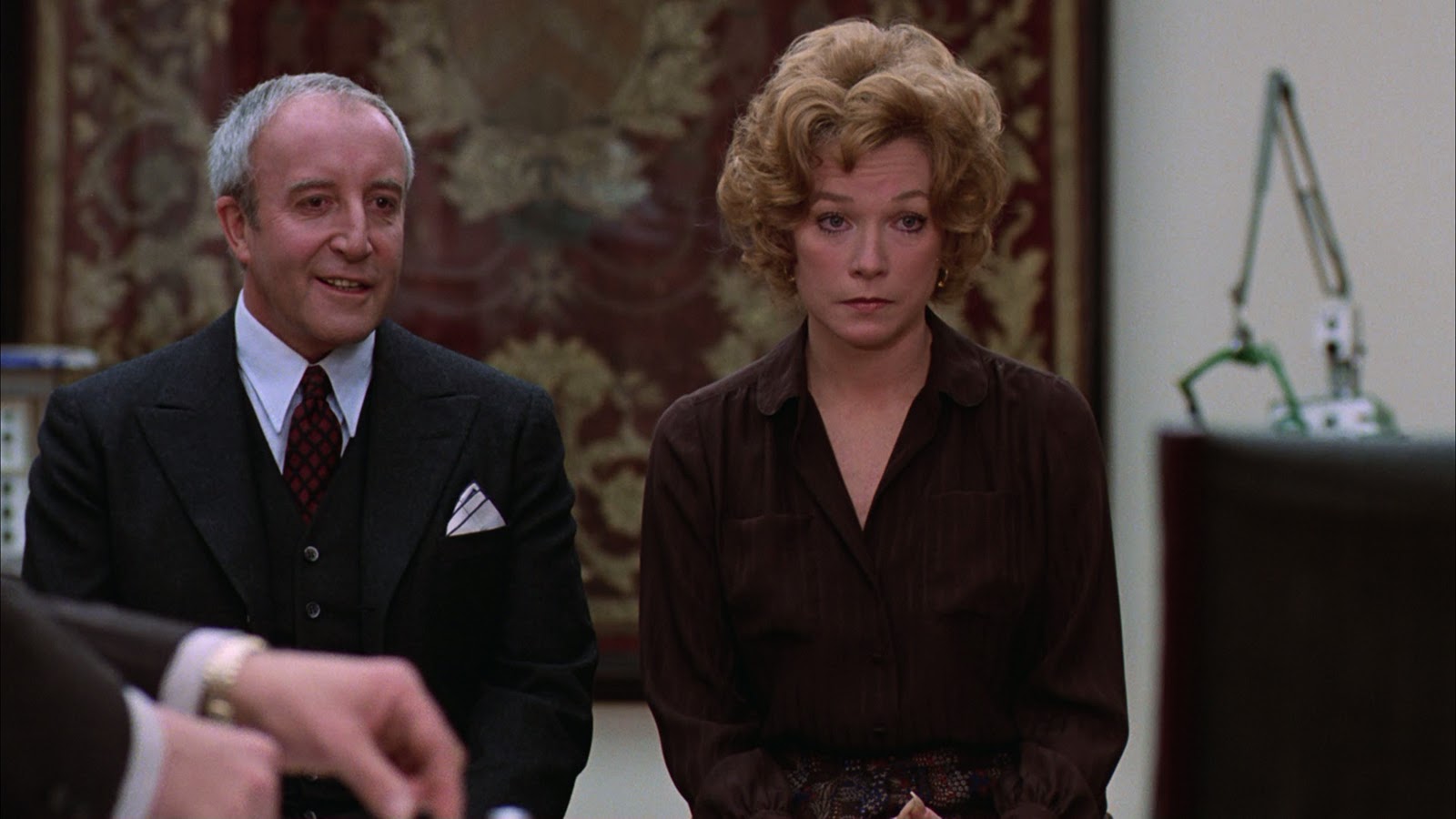 One can debate at length what it all means. Is Being There a commentary about excessive television rotting the brain? Is it making a point about the vacuous nature of politicians and the easy ways in which they can be fooled? One impossible-to-miss point of social commentary comes from Louise, who upon observing Chauncey’s meteoric rise, notes: “It’s for sure a white man’s world in America…Look at him now! Yes, sir, all you’ve gotta be is white in America, to get whatever you want. Gobbledy-gook!” Then there’s the movie’s final “walk on water” scene, which opens up additional potentially-religious interpretations. (Aside from Chauncey, who else walks on water?) 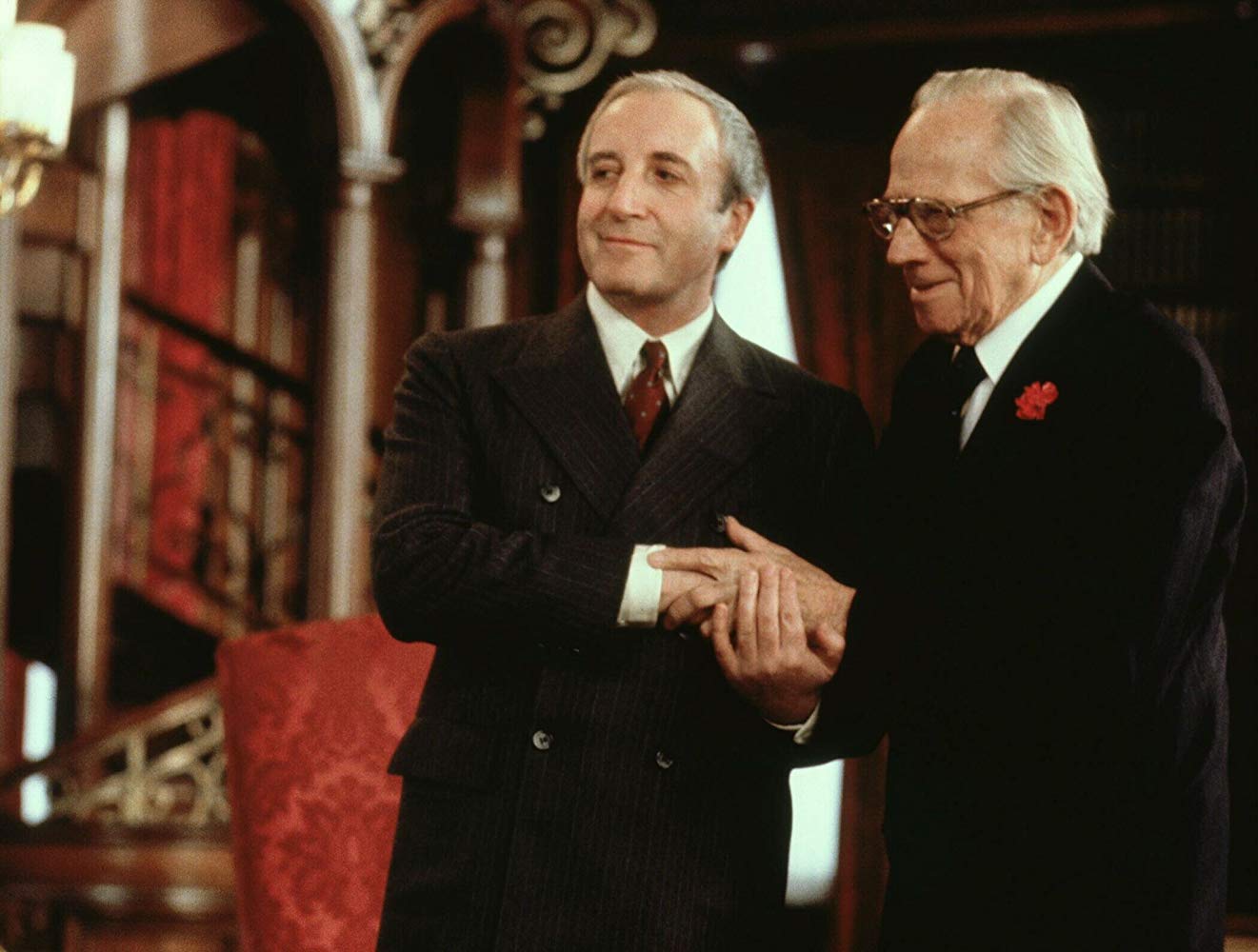 Aspects of the storyline and Sellers’ performance likely influenced a pair of 1990s movies, Blast from the Past and Forrest Gump. In the former, Brendan Fraser plays a naïve young man who has lived his entire life in a fallout shelter and, as a result, has a skewed perspective of reality. In the latter, Tom Hanks plays a simpleton who often finds himself involved in historical events and whose shallow pronouncements are often treated as sage nuggets of philosophical gold.

Being There proved to be Ashby’s most commercially successful film. Although it garnered a couple of acting nominations (a Lead Actor one for Sellers, who didn’t win, and a Supporting Actor one for Melvyn Douglas, who did), none of the behind-the-scenes creative team was acknowledged. The Golden Globes and BAFTAs saw it differently, citing Ashby for his direction and Jerzy Kosinski for his screenplay.

The film has stood the test of time remarkably well, seemingly as fresh and relevant today as when it was first released. In the Era of Trump, parts of it take on a meaning that the filmmakers couldn’t have imagined. It’s daring, satirical, and offers fodder for countless conversations about philosophy, politics, and the art of filmmaking. For Sellers, the performance cements a legacy that had already been strong. His work in Being There reminded audiences in the late 1970s and early 1980s that he was capable of more than the slapstick and pratfalls of Clouseau. For contemporary viewers, it puts an exclamation point on a career that, although uneven, occasionally achieved unrivaled pinnacles.