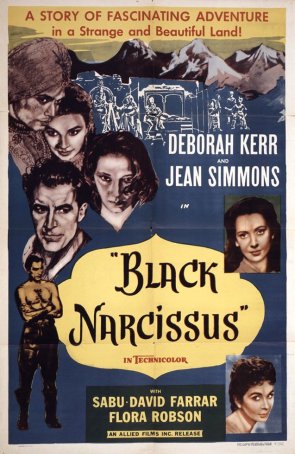 Watching Black Narcissus without an awareness of the year in which it was made might result in one concluding that it was the product of the 1960s. Many aspects of the production – from the storyline’s sexual undertones to the lush technicolor cinematography (for which Jack Cardiff won an Oscar) – were decades ahead of their time. However, although Michael Powell and Emeric Pressburger’s film has the look and feel of something from the auteur’s era, the stars – Deborah Kerr, Jean Simmons, and David Farrar – place it at the time of its actual release: 1947.

Time, as they say, hasn’t been kind to Black Narcissus. Viewed through a contemporary lens, the film’s psychological explorations seem dated and naïve. The storyline, a melodrama about nuns coping with interpersonal conflicts, repressed lust, and the difficulties of geographical isolation, is simplistic. The movie also commits what today would be considered a cardinal sin – having two white actors (Esmond Knight and Jean Simmons) play ethnic characters by darkening their skin. This was by no means unusual in the 1940s and 1950s (it won Hugh Griffith an Oscar in 1959’s Ben-Hur) but it’s one of those things that feels unfortunate and anachronistic to modern viewers. 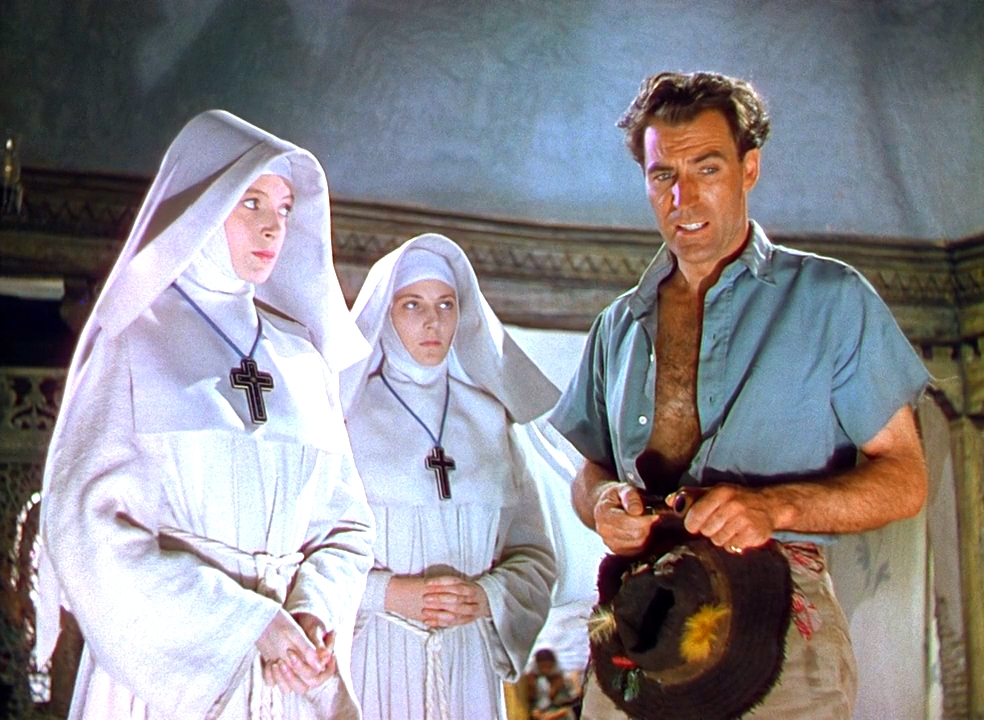 Although the year in which Black Narcissus transpires is not specified, it’s most likely set in the interwar years and is obvious pre-World War II. (The source material, a Rumer Godden novel, was written in 1939.) Set high in the Himalayas (some eight-thousand feet above sea level), the story concerns a group of Anglican nuns – Sister Superior Clodagh (Deborah Kerr), Sisters Philippa (Flora Robson), Honey (Jenny Laird), and Briony (Judith Furse), and the mentally ill Sister Ruth (Kathleen Bryon) – as they seek  to convert a deserted palace into a school and hospital for the locals. As time passes, they find themselves increasingly separated from the civilized world. A local British agent, Mr. Dean (David Farrar), attracts the attention of Clodagh, who is haunted by memories of a failed romance in Ireland, and Ruth, whose instability leads her to believe Dean is interested in her. Meanwhile, the “Young General” (Sabu) comes to the convent for his education and falls for Kanchi (Jean Simmons), a seductive dancing girl whose sole purpose is to seduce him.

One of my problems with Black Narcissus is that I never found the characters credible. I didn’t believe any of them and their interpersonal conflicts contrived and artificial. The acting is fine but, aside from Farrar’s relaxed performance (think Matthew McConaughey), there’s no standout. One wonders whether there’s something about the nun’s habits that inhibits acting – certainly Kerr and Simmons are at their best during the brief instances when they are allowed to literally let down their hair. 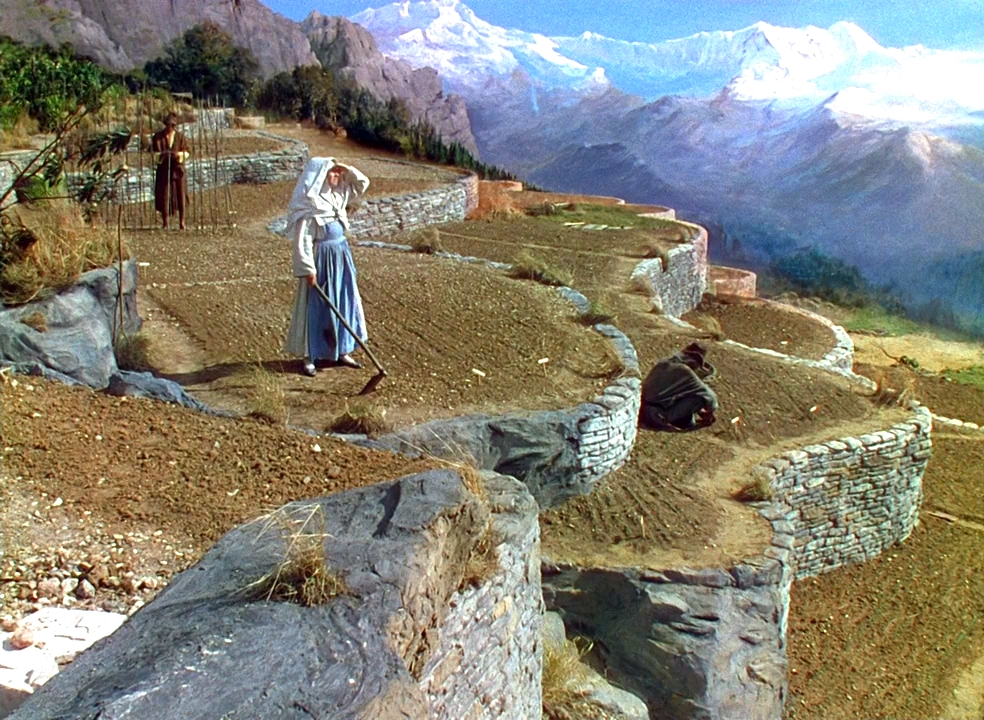 The film’s true star is the setting, but the location is no more real than Peter Jackson’s Middle Earth. The convent is gorgeously rendered and its mountaintop location is breathtaking – even though the majority of the movie was filmed in London’s Pinewood Studios. Powell and Pressburger used landscape matte paintings by W. Percy Day and scale models to represent the mountain range and the effectiveness of the techniques are exemplary. When lighting the shots, cinematographer Jack Cardiff (working in Technicolor – a rarity for 1947), relied on paintings for inspiration (Vermeer in particular). This creates a different aesthetic from what one often encounters in early color films.

Narratively, not much happens during the course of the film, which is primarily about the inevitable failure of the group on nuns to maintain the convent long-term, despite the help of Mr. Dean and the “Old General” (Esmond Knight). Clodagh proves unequal to the task – a concern voiced when she is given the commission by the Mother Superior. Ruth’s instability grows worse as the mountaintop stay is prolonged. The other nuns have their own demons to confront. Meanwhile, the locals are wary of the “magical” medicines used by the sisters and the tentative bond of trust is shattered by a tragedy.

For a movie that features no nudity or explicit male/female interaction, Black Narcissus revels in sensuality and eroticism. Clodagh’s desires are strongly repressed but make their way to the surface when she remembers her failed romance with Con or when she shares the screen with Mr. Dean. Ruth, allowed to shed her inhibitions as a result of her madness, is more overtly sensual. In one memorable sequence toward the end, she sheds her habit in favor of a dress, lets her hair flow free, and puts on makeup. (The scene in which she applies red lipstick was censored for the US release due to its suggestive nature.)  Kanchi, although presented as a low-caste dancer, is most likely a prostitute and the looks she shares with the Young General leave little to the imagination. 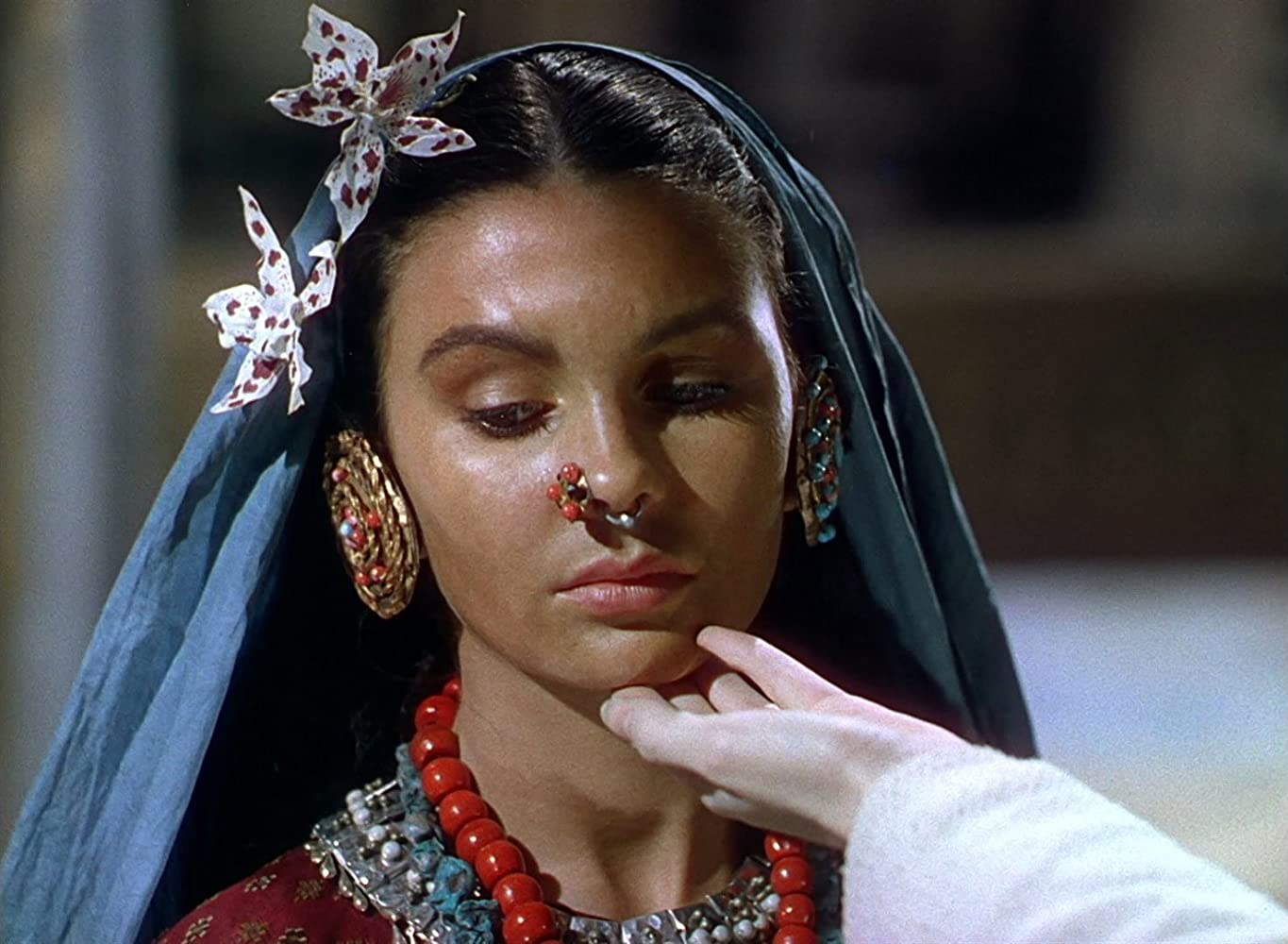 During its 1947 release, Black Narcissus, despite being dogged by censorship in the United States, was seen primarily for its spectacle elements (being in color was in and of itself a selling point). Seventy-plus years later, however, the technical aspects – although impressive considering the special effects limitations of the era – represent a lukewarm reason to see the film and the storyline, which is only of limited interest, adds little in the way of a sweetener. Black Narcissus feels frustratingly incomplete, with character arcs that go nowhere and interpersonal interactions that feel scripted rather than authentic.

My lack of enthusiasm for Black Narcissus is not widely shared. The film has a strong core of defenders, led by Martin Scorsese, whose effusive praise of the movie (and its directors) knows no bounds. However, writer George Perry captured my feeling when stating that “the…photography in Technicolor by Jack Cardiff in Black Narcissus was a great deal better than the story and lifted the film above the threatening banality.” For the duo of Powell and Pressburger, who would remain a team until the latter retired from directing in 1957, widespread recognition lay just ahead with The Red Shoes, another Cardiff-lensed Technicolor picture that was released in 1958. Red, not Black, has proven to be the more lasting color when exposed to the shifting sands of time.