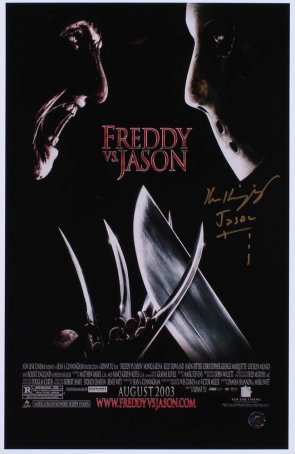 Inevitably, it seems, movie monsters will meet and tussle. Back in the '40s, Universal pulled out all the stops by getting the Frankenstein monster, the Wolf Man, and Dracula together for The House of Frankenstein. In 1962, Japan became the battleground when Godzilla fought a lumpy furball that was supposed to be King Kong. Then, after years of false starts, another of these immortal battles came to the screen in 2003. Freddy Vs. Jason pits Freddy Kruger (Robert Englund), the wisecracking dreamstalker from the Nightmare on Elm Street series against Jason Voorhees (Ken Kirzinger), the disgruntled undead hockey goalie from the Friday the 13th series. The question is, are there enough fans left to care?

Discounting 2002’s Jason X, New Line's inaugural Friday the 13th feature), Jason and Freddy had been dormant for the better part of a decade. In that span, the only active card-carrying member of the Original Kings of Gore was Halloween’s Michael (don't call him Mike) Myers. And, although the post-Donald Pleasance Halloween sequels weren't rolling in dough, they were profitable. So, once New Line was able to add the Friday the 13th franchise to their arsenal (they already owned Freddy's series), this movie became inevitable.

I suppose the best way to sum up Freddy Vs. Jason is: good concept, mediocre execution. Admittedly, there's only so much that can be done with a movie that pits two unstoppable monsters against each other. Neither of them can really win or lose, but both will take their lumps. Water will pour, fire will belch, and blood will spew in quantities guaranteed to make common measurements (like gallons or liters) inadequate by several orders of magnitude. The central problem with Freddy Vs. Jason is that the movie spends too much time with idiotic exposition and lame character development. Sorry, but the stars of this movie are Freddy and Jason, not a big-breasted teenager and her dopey boyfriend. Unfortunately, the screenplay demands that the humans get more screen time that the badass killers the fans are in theaters to see. 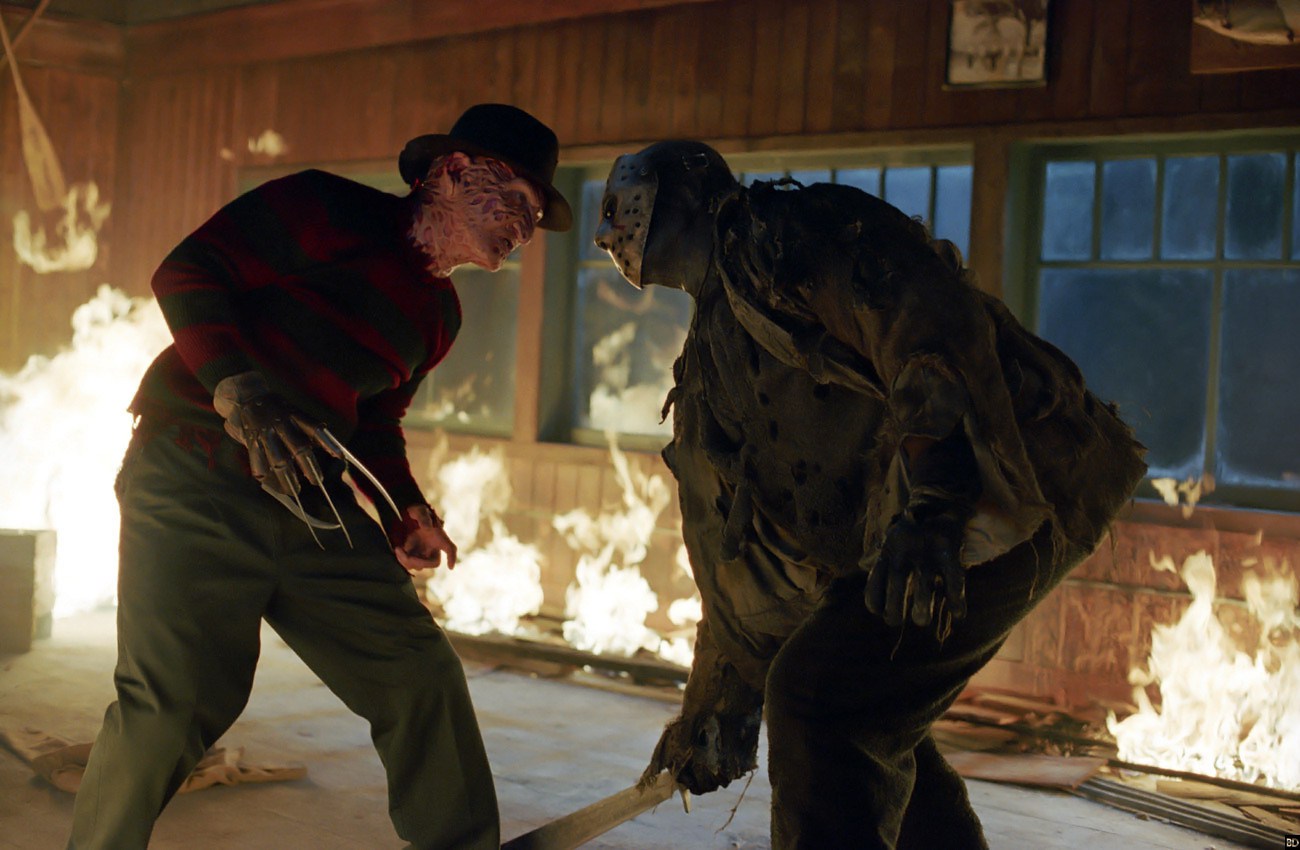 The film's underlying premise is that, as the result of a vast police and media conspiracy, Freddy has been forgotten by the latest generation of teens growing up on Elm Street. In order for him to regain his power and start another reign of terror, he has to get his name back in the headlines. Unable to do anything from dreamland, Freddy awakens Jason Voorhees from his latest slumber and manipulates him to go on a hack-and-slash raid through Freddy's old neighborhood. Of course, everyone assumes the evil has returned, and only after the body count has risen to astonishing levels do they realize that there are two problems. Of course, by that time, Freddy has regained much of his power and is angry at Jason for stealing a few of his chosen victims. This sets the stage for two battle royals: one in Freddy's land of nightmares and one in the real world, at Camp Crystal Lake.

Freddy Vs. Jason has all the requisite elements of a slasher film: topless, big breasted women; cheap scares; and a seemingly-endless supply of blood and viscera. Jason is pretty straightforward in his methods - hack anything that gets in the way. Freddy is a little more sadistic and inventive. Director Ronny Yu (a veteran Hong Kong director who has recently been slumming in Hollywood) elects to play things mostly straight, although there are occasional forays into self-referential camp. 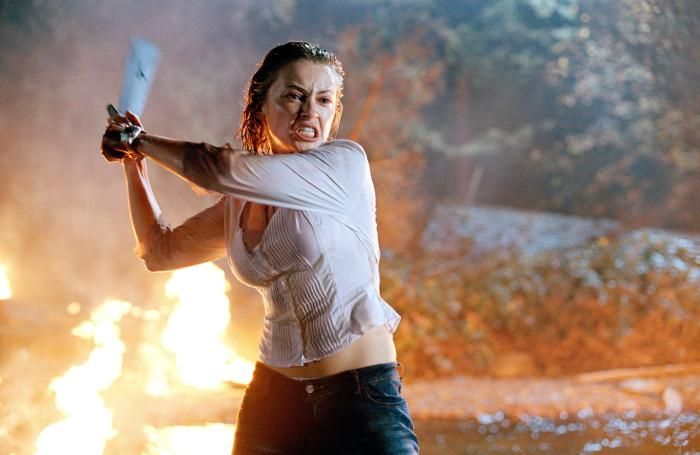 The biggest source of annoyance is the ongoing prattle of the human characters. Even after most of them are dead, the survivors - Lori (Monica Keena), Kia (Kelly Rowland), Will (Jason "Son of John" Ritter), and Charlie (Christopher George Marquette) - refuse to shut up. Of course, all of the inane dialogue serves a purpose - to explain the unnecessarily convoluted plot. Once the movie kicks into high gear with the major bloodletting of the final 30 minutes, what remains of the storyline devolves into incoherent nonsense. Bad acting and inept editing don't help, but let no one claim that Yu doesn't know how to stage a battle.

For slasher movie fans, the film achieves redemption during its final fifteen minutes, as Jason and Freddy pummel, hack, and shred their way through each other. (Annoyingly, there are still a couple of humans around, and they play a big part in how things are resolved.) The battle also includes a double measure of irony, as both Jason and Freddy are hoist by their own petards. For anyone who is not a big fan of the Nightmare on Elm Street and/or Friday the 13th films, there is no possible reason why this movie would merit consideration for viewing.