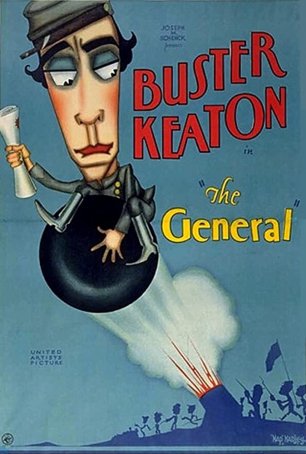 What movie-goers find funny has changed since the end of the silent era. Many of the pratfalls and hijinks that so delighted audiences in the 1910s and 1920s have long since ceased to provoke anything more full-bodied than a chuckle. Nevertheless, it’s possible to enjoy the output of the two great silent movie comedy icons – Buster Keaton and Charlie Chaplin – by focusing on the process instead of the results. Keaton’s physicality, for example, has inspired numerous imitators over the years, none more high-profile than Jackie Chan. And, although Chaplin is better remembered (in large part because of his “Little Tramp” alter-ego), Keaton remains one of the silent era figures whose name sparks instant recognition.

The General represented a turning point in Keaton’s career (not for the better) due in large part to its poor box office performance and tepid critical reaction. The movie, based on a real-life Civil War incident recounted in William Pittenger’s book “The Great Locomotive Chase,” tells of a Union plot to steal a train behind Southern lines and use it to wreak havoc – tearing up tracks, cutting wires, and burning bridges. The Confederates eventually mounted a pursuit and captured the Union’s stolen train, “The General,” and tried the thieves as spies. Keaton’s screenplay (written with his co-director, Clyde Bruckman) takes numerous liberties with the story, including the addition of a romantic subplot, but remains faithful in its broad strokes. Although The General was billed as a comedy, it was more serious than many of the star’s previous efforts. Seen today, it works better for tension than its humorous elements. The only comedic moments I found funny occurred during the escape sequence after Keaton’s Johnnie Gray rescues his love interest, Annabelle Lee (Marion Mack), and the two race through bear-infested woods. 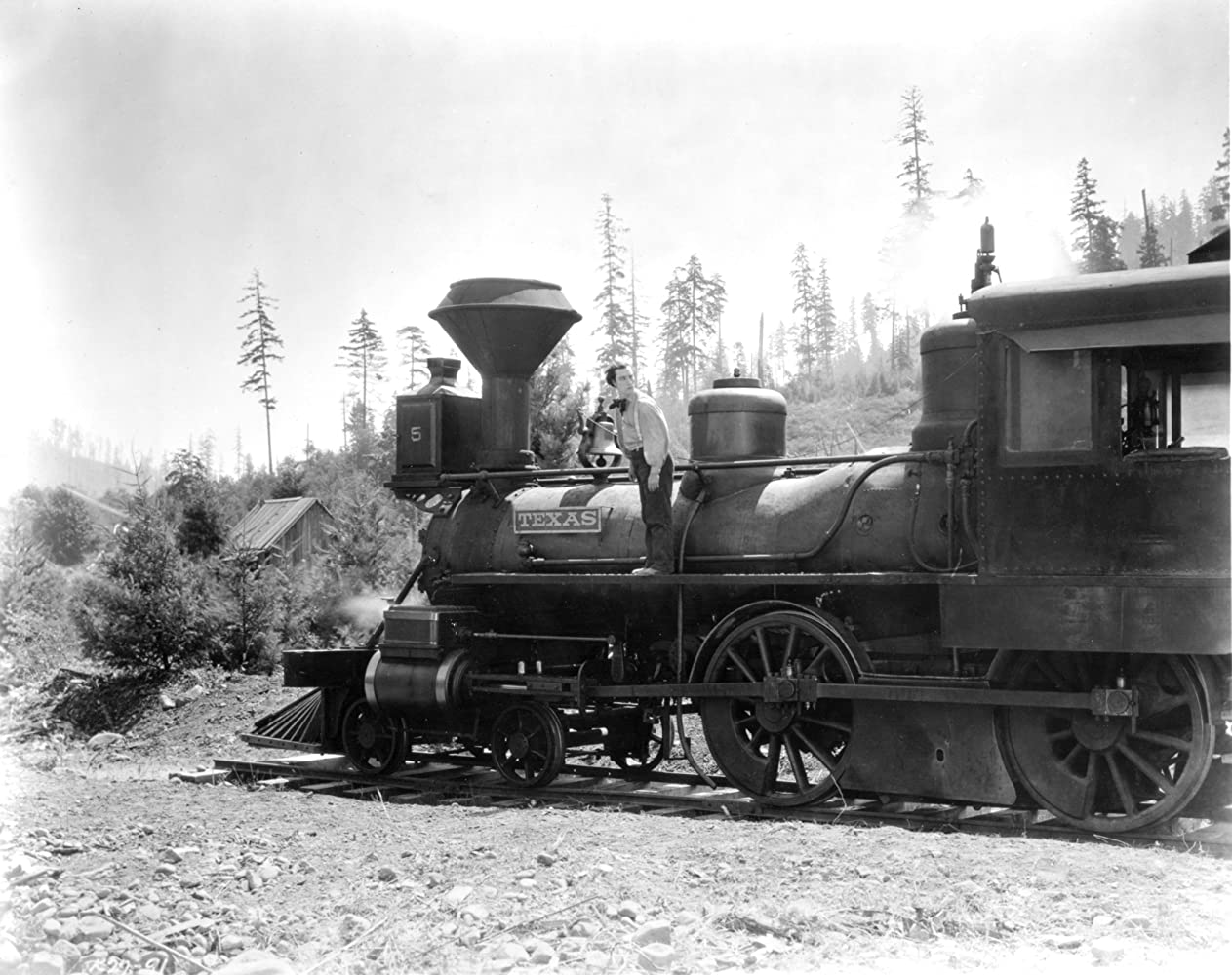 The majority of the film is a long train chase and, as such, doesn’t demand much in the way of dialogue. The intertitles are therefore sparse, allowing the viewer to concentrate on the images. Keaton was interested in presenting a film of epic scope. The cinematography was inspired by that of Civil War photographer Matthew Brady (who gained a new audience when many of his pictures were shown in Ken Burns’ groundbreaking documentary). 500 members of the Oregon Guard were used as extras and the scene in which a train crashes through a burning bridge used an actual train and bridge – not models or miniatures. (Talk about practical special effects!)

Like many silent films, The General offers things to a modern viewer that would not have been apparent to anyone seeing it in theaters during its original release. The first is the pleasure of watching how the tale was realized by men and women working nearly a century ago. The second is observing the accuracy of what has become a distant historical event from the perspective of those living only 60-odd years after-the-fact. (At the time when The General was made, there were still people living who had fought in the Civil War.) The General is arguably more valuable as an historical document than a fictional feature. 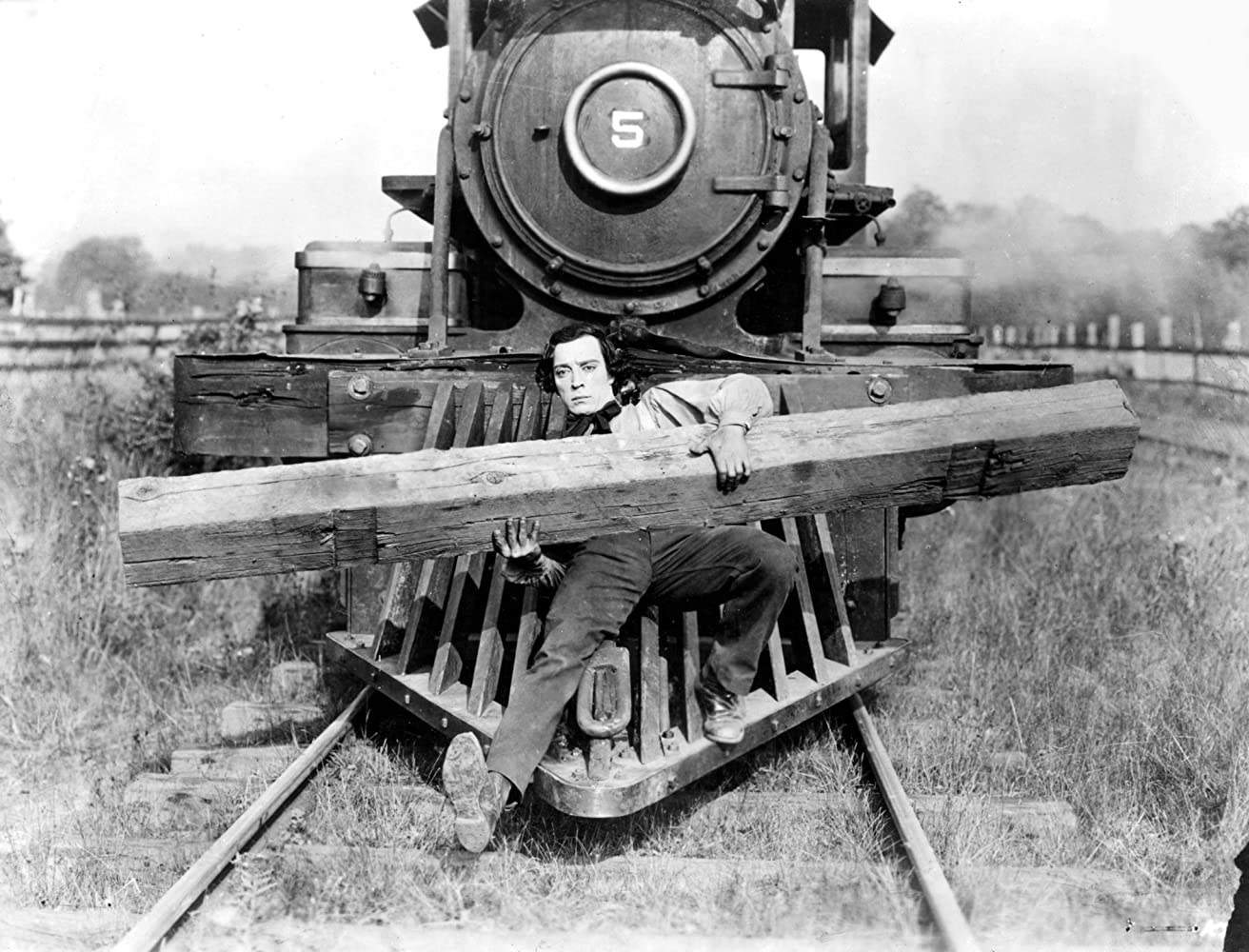 Keaton’s derring-do is much in evidence. Although the most lasting image of the actor came from Steamboat Bill, Jr. (released in 1928) and showed Keaton’s character escaping the collapse of a building façade by standing directly under an open window, there were death-defying moments in The General. Keeping in mind that nearly everything in the movie is real (as opposed to having been manufactured via special effects or sleight-of-hand), one can understand how dangerous some of Keaton’s antics were. On one occasion, he squats on the front of a slow-moving locomotive and must dislodge a railroad tie to prevent a derailment. Earlier, he sits on one of the coupling rods as the train gets underway – an act that could have been fatal had anything gone wrong. Jackie Chan has often cited Keaton as an inspiration and one can see why when considering his performance in The General.

Although Keaton believed The General to be the finest movie he made, the public didn’t share his view. Contemporaneous popular opinion (which was shared by many film critics of the time) expressed disappointment that the movie wasn’t as fatuous as the actor’s earlier crowd-pleasers. Some found the length of the train chase to be excessive and indicated displeasure with its “repetitive” elements. The film’s lack of success at the box office lead to Keaton losing much of his clout. Although he had some successes after The General, his career was deemed to be in decline. He continued working into the talkie era but his period as a marquee name had ended. Most of his work through the ‘30s until his death in the ‘60s was in shorts, on television, or doing cameos. He lived long enough to enjoy a critical reappraisal of The General as a landmark film of the silent era. 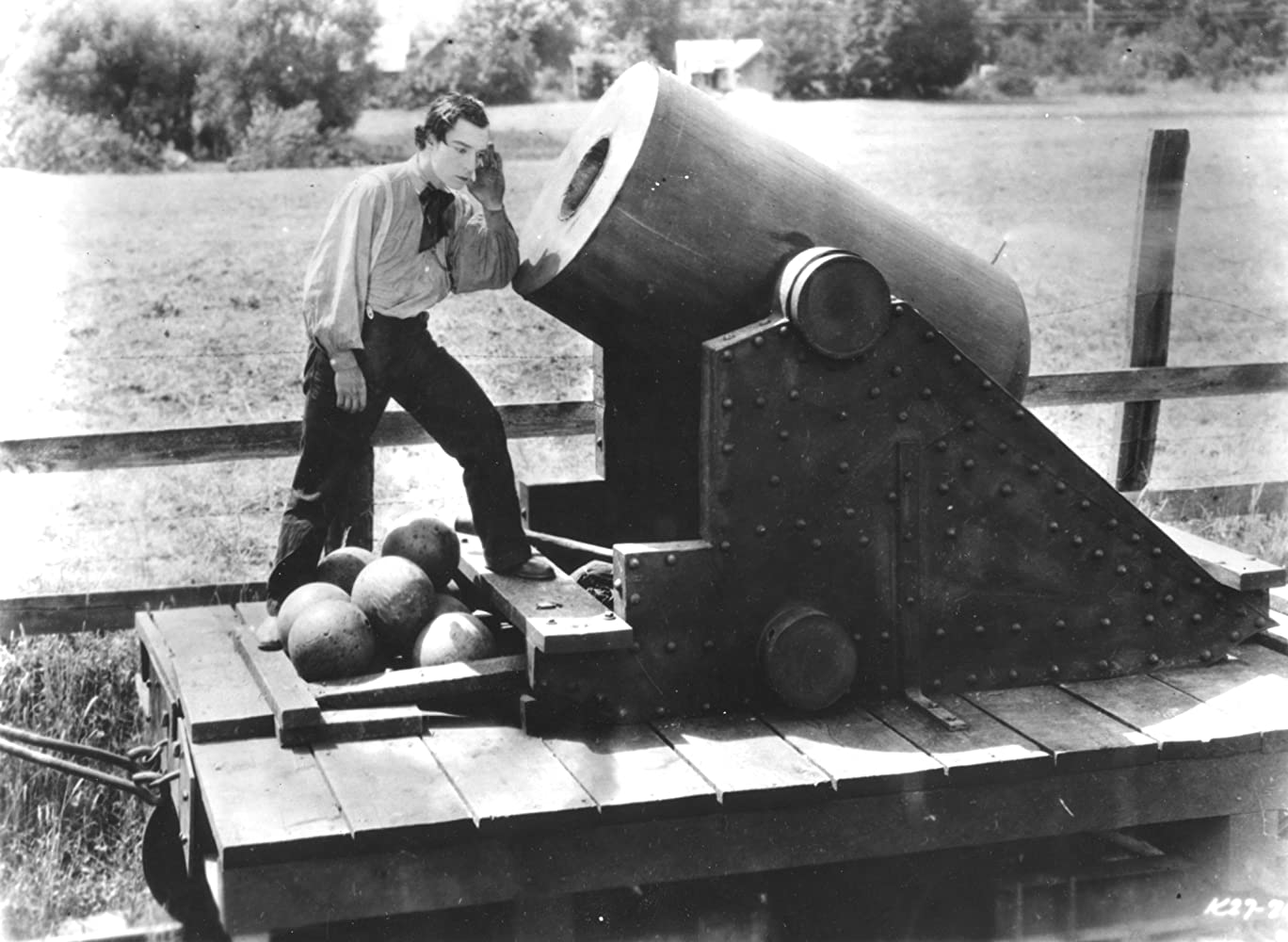 Thankfully, the film was sufficiently high profile that it was never in danger of becoming a lost classic. Several versions exist, many of which are heavily edited, but the 75-minute edition is deemed to be the “real” one – or at least the one intended by Keaton for audiences to see. Due to a failure to renew The General’s copyright, it entered the public domain in the 1954. Subsequent releases have relied on new soundtracks to allow exclusivity. The Kino “Ultimate Edition” Blu-Ray (a replication of the 2008 two-disc DVD set) is generally thought of by film buffs as the best available version.

When it comes to Chaplin, one can make a case for any of several films as the best way to introduce him. With Keaton, however, few would argue against The General as the ideal “staring point.” With his famously unsmiling features and limber body, the film highlights his agility, flexibility, and willingness to do almost anything for a laugh. It also emphasizes his dedication to the medium and ability to tell an engaging story within the loose framework of a “comedy.” And, with dialogue being largely unimportant to the proceedings, it’s possible to forget that this is a silent film. Accessibility – not a quality applicable to many of the era’s most famous titles, especially those influenced by German Expressionism – remains one of The General’s most important characteristics. It’s a classic that no film-lover should bypass.