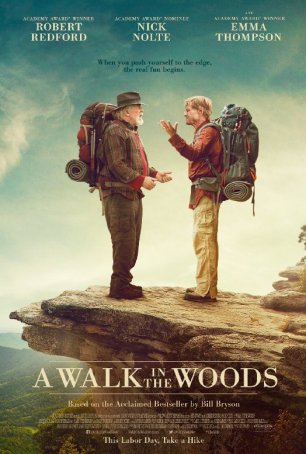 A couple of old guys taking a walk on the Appalachian Trail - it doesn't sound like a winning motion picture formula and, as it turns out, it isn't. Like all road trip movies, the success (or lack thereof) of A Walk in the Woods relies heavily on the chemistry between the two leads, in this case Robert Redford and Nick Nolte. And, although both men do a reasonable job inhabiting their characters, as an odd couple, they don't "click." There's something missing. Maybe if this had been made 20 years ago by Walter Matthau and Jack Lemmon. Or even 10 years ago, as originally planned, with Redford and Paul Newman…

A Walk in the Woods is surprisingly funny at times but, like many comedies, it runs out of steam about halfway through. Some of the humor is unexpectedly lowbrow, at least insofar as anything with Redford could be considered "lowbrow". The iconic actor generally takes the high road, leaving the crass comments and physical slapstick to Nolte. There are some clever, witty one-liners. I found myself laughing more than once or twice but the jokes, like the movie as a whole, lack staying power. The first half is significantly more enjoyable than the second. 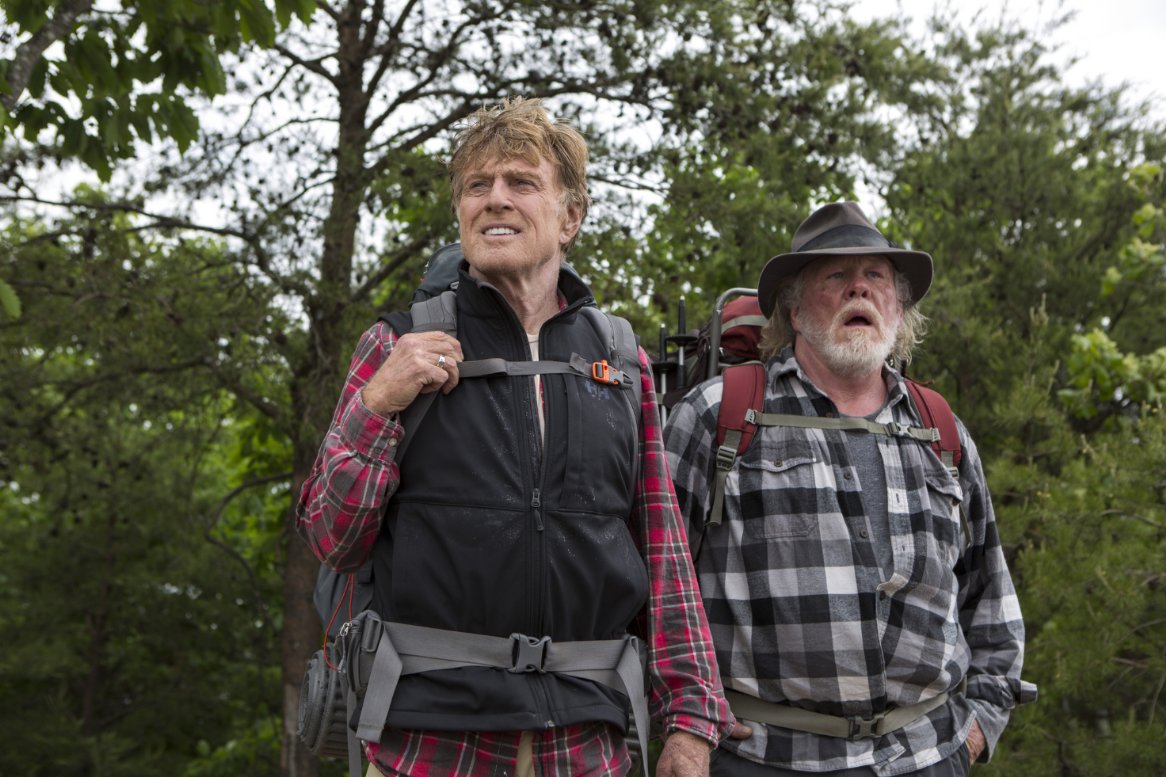 The narrative is more concerned with the predictable "mismatched buddies" interaction between Redford's Bill Bryson and Nolte's Stephen Katz than it is with the terrain they're crossing. Last year's Wild, with Reese Witherspoon, did a better job illustrating the perils of traveling the more than 2100-mile wilderness path from Georgia to Maine. Here, things like bears, slips and falls, and bad weather serve as punchlines.  Following the road movie formula, A Walk in the Woods is divided into clearly delineated episodes: being trapped in the company of the most annoying hiker to walk the earth, flirting with an attractive motel owner, etc. The film also has a message Yoda would disagree with: trying is what really matters.

Bryson, a renowned travelogue author, decides to walk the Appalachian Trail on a whim - perhaps it's a delayed mid-life crisis or maybe he's thinking of a bucket list. His wife, Catharine (Emma Thompson), won't let him make the hike alone.  After sending out feelers to most of his old friends and striking out, he is forced to invite the only one with interest - a man he hasn't seen in decades and with whom he didn't part on the best of terms. By his own admission, Katz hasn't done much with his life, and is so out-of-shape, it looks like he might have trouble hiking for a mile, let alone 2100+ of them. Together, the codgers hop on a plane to Georgia and the odyssey begins. 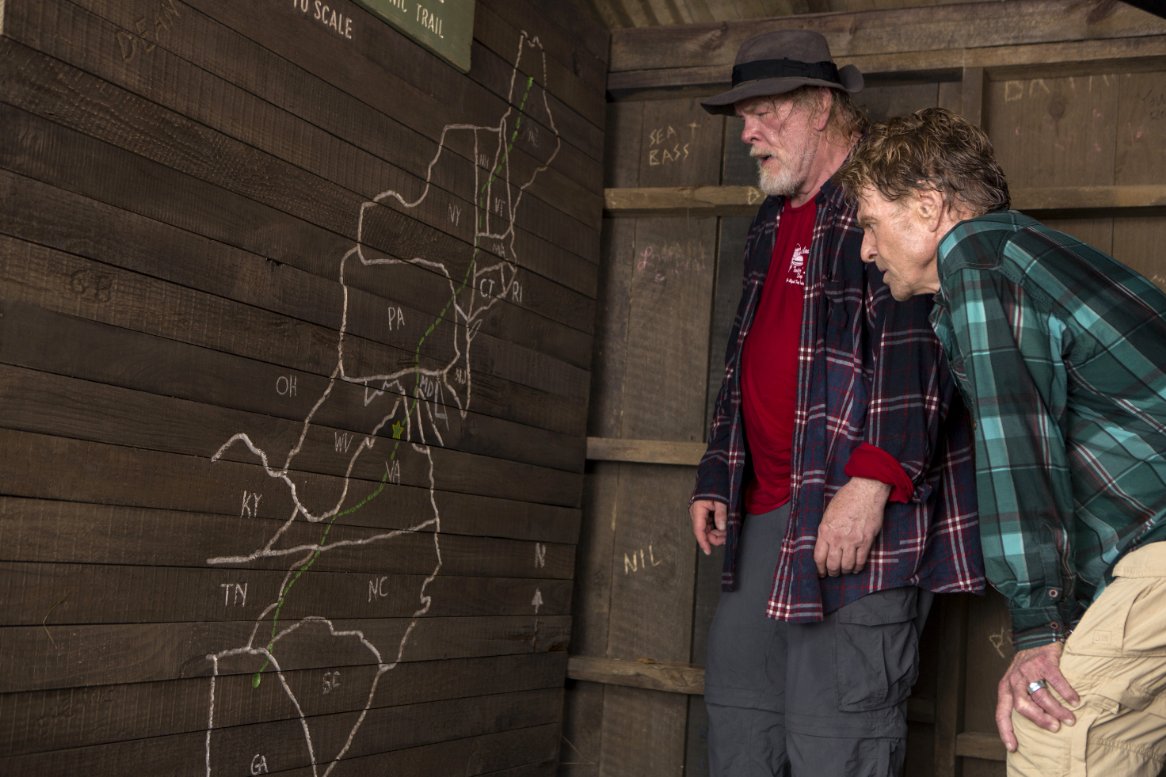 The screenplay was loosely adapted from Bill Bryson's nonfiction book and is directed by Ken Kwapis, who has an extensive TV resume to go along with a few big screen titles (for example, The Sisterhood of the Traveling Pants). There are times when one gets the sense Kwapis wants to capture the majesty of the trail but, even though there are some spectacular mountain shots, the postcard moments don't last long enough to inspire awe. Added to that, there's an instance in which shoddy production design undermines a scene. With ceramic rocks and an awful matte painting in the background, this key sequence is so obviously studio-bound that it becomes a distraction.

Decades removed from being considered a heartthrob, Redford is still able to command the camera's attention with his innate charisma and likability. He's a good foil for Nolte's oafishness; it's surprising the two don't mesh better in an oil-and-water fashion. The lighthearted tone keeps A Walk in the Woods from becoming too dour and, in contrast with other wilderness adventure movies (like the aforementioned Wild and the similarly-titled Into the Wild), there's never a sense that Nature is more than a cantankerous prankster. The message about mortality is underplayed - older people may be spry of mind but their bodies often don't cooperate. Any bittersweet element this might have injected into the proceedings is quickly washed away by a jokey turn. The film adamantly rejects being serious for more than a passing moment. A Walk in the Woods is pleasant but inconsequential, a passing diversion rather than a worthy cinematic destination.