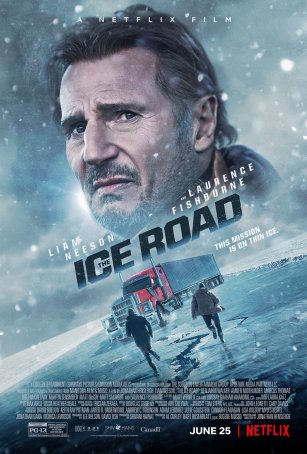 The Ice Road may be the worst direct-to-Netflix movie to feature a major star. It may also offer the worst entry into Liam Neeson’s catalog of strong, resilient action heroes. It’s not hard to understand the potential in the premise but it’s equally impossible to miss where the whole thing goes off-track. And, in this case, “off track” means careening out-of-control across melting ice headed for a bad end.

Buried deep within the idiocy of Jonathan Hensleigh’s screenplay is a man-versus-nature concept: a dangerous rescue mission undertaken by a convoy of three trucks braving a journey across the unstable terrain of a late-season “ice road” (a plowed stretch across the surface of a frozen lake). In and of itself, this could provide the underpinning of a white-knuckle thriller, even if the result might be derivative of Wages of Fear. But Hensleigh, whose previous claims to “fame” come from scripting Armageddon and Die Hard with a Vengeance, feels the need to introduce human villains and that’s where the whole thing collapses.

The movie opens with a short prologue detailing the tragic results of a methane explosion at a mining facility in northern Manitoba, Canada. With more than two-dozen men trapped in a pocket with only enough oxygen for 30 hours of survival, it’s critical to find a way to open an airway…but the necessary equipment is far to the south and too heavy to be airlifted into place. The only option is to find truck drivers daring (or suicidal) enough to take on a mission using ice roads at a time of the season when the ice is starting to break-up. 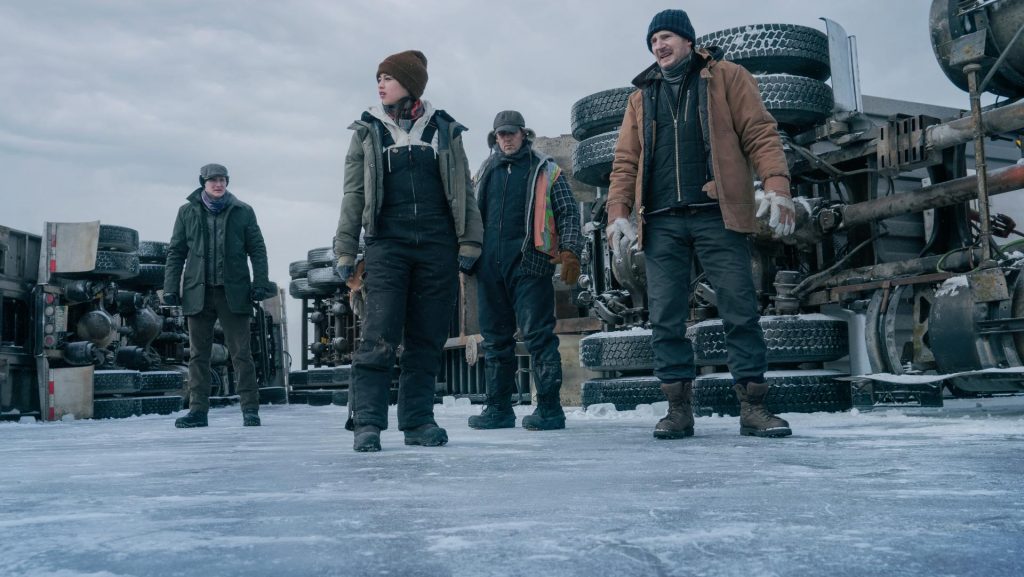 There are three trucks, each carrying identical equipment (for redundancy). The first is manned by Mike McCann (Liam Neeson) and his brother, Gurty (Marcus Thomas), a wizard of a mechanic and Iraq war veteran who suffers from aphasia. In the second is Goldenrod (Laurence Fishburne), the organizer of the expedition. And in the third is one of Goldenrod’s most fearless and pugnacious drivers, Tantoo (Amber Midthunder). She is accompanied by Varnay (Benjamin Walker), an actuary for the mining company. It turns out that the seemingly meek Varnay isn’t just interested in running the numbers. He’s actually working for unscrupulous managers at the mine who have secrets to hide. Varnay is as indestructible as The Terminator and no less determined to achieve his target. Unfortunately, he didn’t reckon on Liam Neeson in full Taken mode.

Early in the proceedings, it looks like the Varney material might be frosting on the cake and the real meat of the story is going to be how the trucks, Wages of Fear style, are going to make the long, treacherous journey dodging pressure waves and avoiding holes that open in the melting “highway.” Sadly, that’s not the case and it soon becomes evident that the setting is a red herring. This is all about Liam Neeson and Benjamin Walker pounding on each other as their truck cab slowly drifts away on the ice. There’s preposterous and then there’s outrageous, and neither term quite does The Ice Road justice. The movie gets so stupid that, by the end, we’re sure this is meant to be a satire. The problem is, no one in the movie seems aware of this. They’re playing it straight. And Hensleigh is directing it as if he expects a final act fatality to generate an emotional impact rather than a palm-to-the-forehead slap. 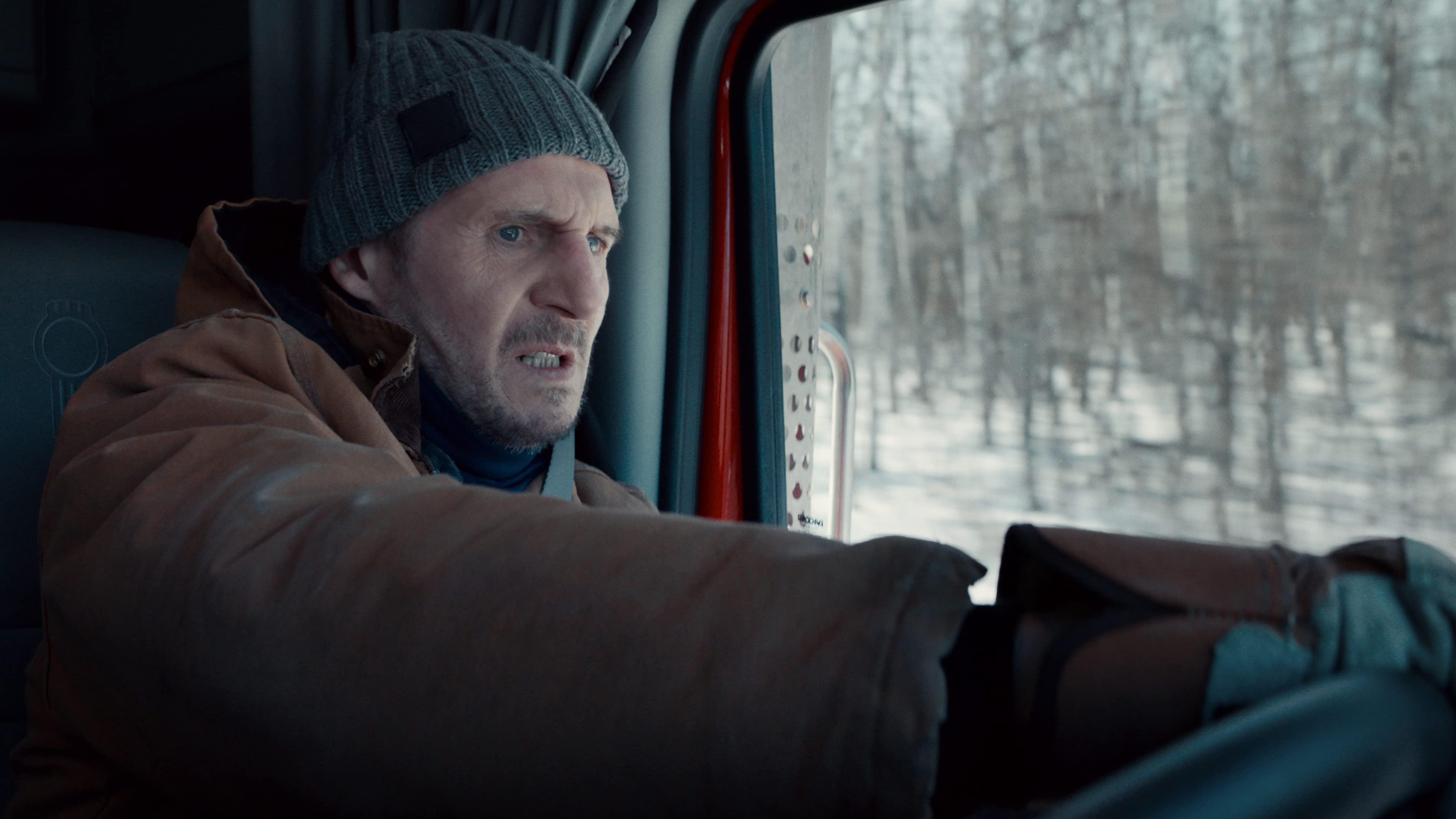 There’s a depressing predictability to nearly all the action scenes that saps tension and encourages boredom. It didn’t take long before my restlessness with The Ice Road turned into anger at its lack of intelligence and creativity. The urge to turn it off and do something more meaningful, like clean the toilets, was strong. I recognize that Liam Neeson needs to take roles like this to pay the bills but it feels vaguely insulting that there’s an expectation anyone wants to see something this poorly conceived and lazily executed.

The argument in favor of watching The Ice Road is that, because it’s part of Netflix’s subscription service, it’s free for anyone who’s a member. But, even if there’s no additional cost in dollars, there’s a cost in minutes. Any viewer who endures the movie for the entirety of its 1 ¾ hours has just lost a more precious commodity than money, and that time is something you can never get back. The Ice Road is a journey to hell, not only for the characters but for the viewers who come along expecting to be entertained.