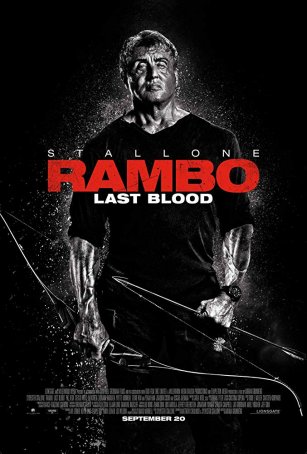 Over the years, the Rambo sequels have been defended as “adrenaline and testosterone cocktails” and “odes to machismo.” It’s hard to imagine, however, what the defense might be for the fifth and final Rambo movie, Last Blood. Who was this film made for? Not those who enjoyed the first (and best) of the series, First Blood. Not those who huzzah-ed their way through installments 2, 3, and 4. No, with its grim tone and sickening content, this gruesome gore-fest might have limited appeal for Death Wish lovers who wished Charles Bronson hadn’t been such a wimp.

While watching Last Blood, I at times felt like I needed to take a shower. The movie generates that strong of a stench. Stallone’s argument might be to call Last Blood “uncompromising,” but even conceding that to be the case, the result is an unwatchable piece of excrement. The basic thesis seems to be: men are evil, life is pointless and vile, and good people will suffer the most. Cheerful stuff. Stallone has generally done a good job re-inventing Rocky for the 2010s. Not so with his other big ‘80s success. 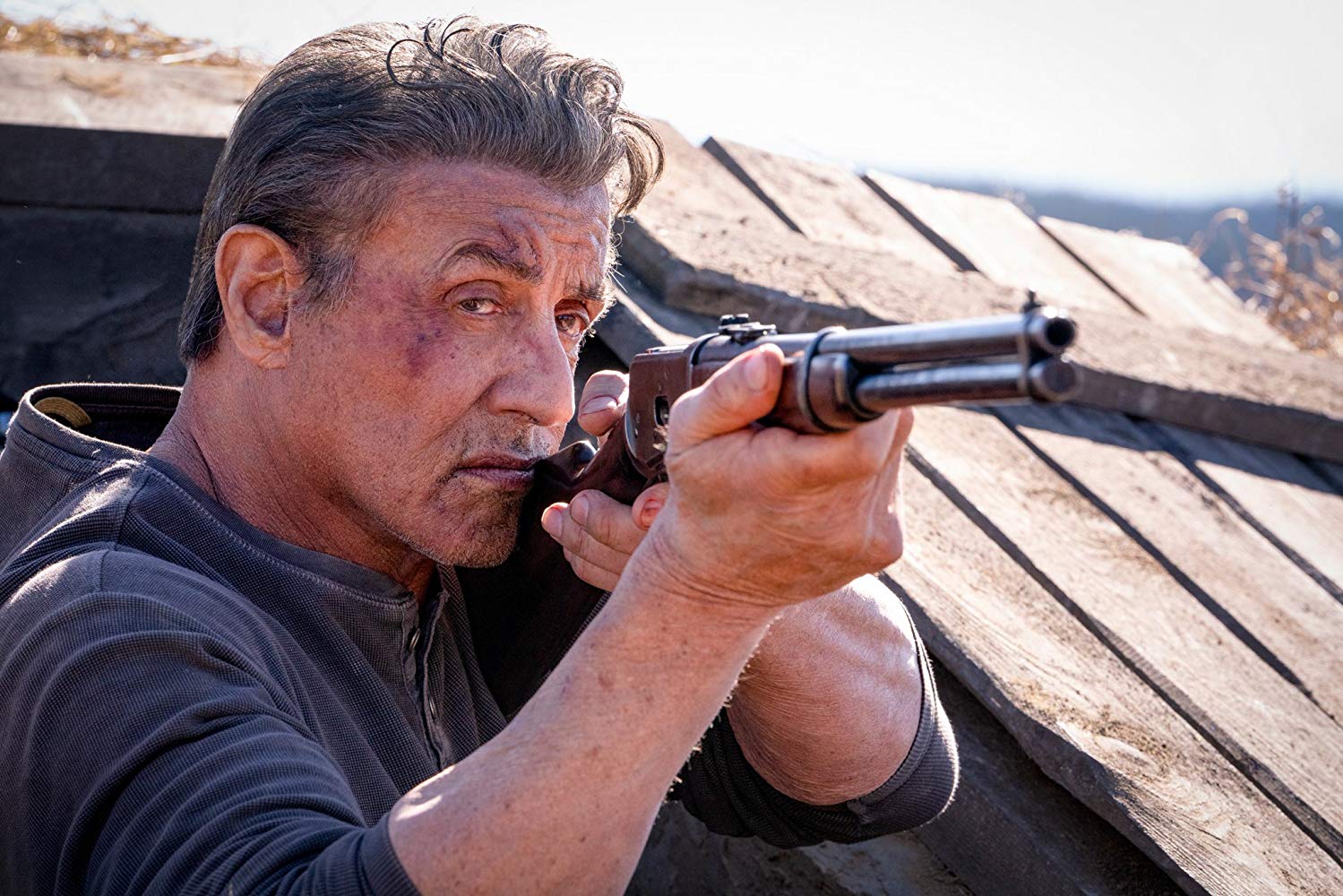 John Rambo hasn’t aged well. Physically, this is Stallone putting his worst foot forward. The craggy face has fallen and the contributions of the makeup artists make Rambo look like Boris Karloff’s Frankenstein Creature. He shambles and mumbles, enhancing the similarities. There’s a scene in which Rambo pours out his heart and I could hardly understand a word Stallone was saying. It’s as if he had marbles in his mouth. Subtitles might have helped, although I suspect the content of the dialogue wouldn’t have been worth the effort of reading them.

Last Blood takes place about a dozen years after the last time we spent a couple hours slicing and dicing with everyone’s favorite PTSD-afflicted hero. Rambo has settled down in a Ma & Pa Kent-style home that he shares with his college-bound niece, Gabrielle (Yvette Monreal). She has a hankering to meet with her biological father, who lives south of the border. Rambo warns against this but, of course, she doesn’t listen. She sneaks out of the country, meets with Dad (who tells her what he thinks of her), and is kidnapped by bad guys to be used as a sex slave. Once Rambo learns what has happened, he goes after her. Things don’t turn out well and he needs the help of a sympathetic local journalist (Paz Vega) to recover from the beating he takes. That’s the happy part of the movie. 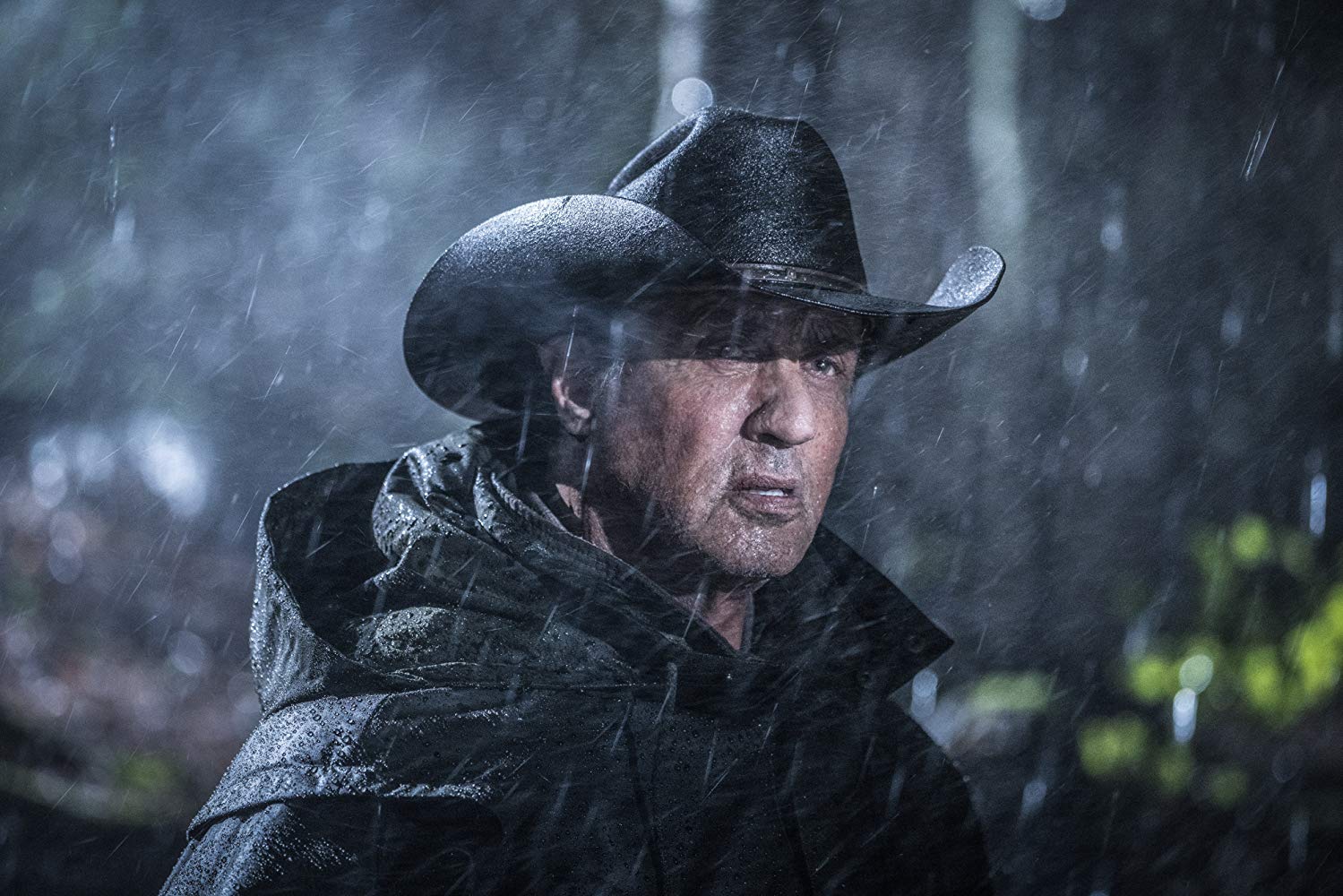 The plot is a Death Wish variant with a few callbacks to the trap-building of First Blood. The body count is insanely high and the methods of death are worthy of a Halloween or Friday the 13th sequel. Deadfalls, pitch forks, knives, arrows, shotgun blasts, explosions…you name it, it’s there. There are so many deaths that director Adrian Grunberg (Get the Gringo) needs a montage to fit them all in.

The movie makes us suffer through about 50 minutes of tedious set-up before getting to the bloodletting. However, given the short running length of 89 minutes, that means the payoff is rushed. The expectation in a well-made version of this template is to experience visceral satisfaction when the chief villain is dispatched. In Last Blood, the only feelings left at the end are disappointment and disgust. And the primary nemesis is so feebly drawn that it’s impossible to experience even a flicker of satisfaction when the inevitable occurs.

The only good thing to say about Last Blood is that the promise of the title is likely true. Rambo is no longer a box office draw and, outside of a reboot, there’s nowhere to take the character. Excepting the original movie, this hasn’t been a good series. Now, some thirty years past Rambo’s sell-by date, the filmmakers have finally decided to pull the plug. I wish I could say the character will be missed but that would be a lie.