The Intruder is an unwelcome throwback to the late 1980s and early 1990s when titles like Unlawful Entry, Single White Female, and The Hand that Rocks the Cradle were inexplicably the rage. This new take on an old idea won’t challenge The Stepfather for primacy in the thriller subgenre. In fact, it’s a lot closer to the bottom of the barrel than the rim at the top. The only thing of interest is the zany, over-the-top and against-type performance by Dennis Quaid, who shows what happens when “ruggedly handsome” gets an infusion of a diabolical Dirty Harry. 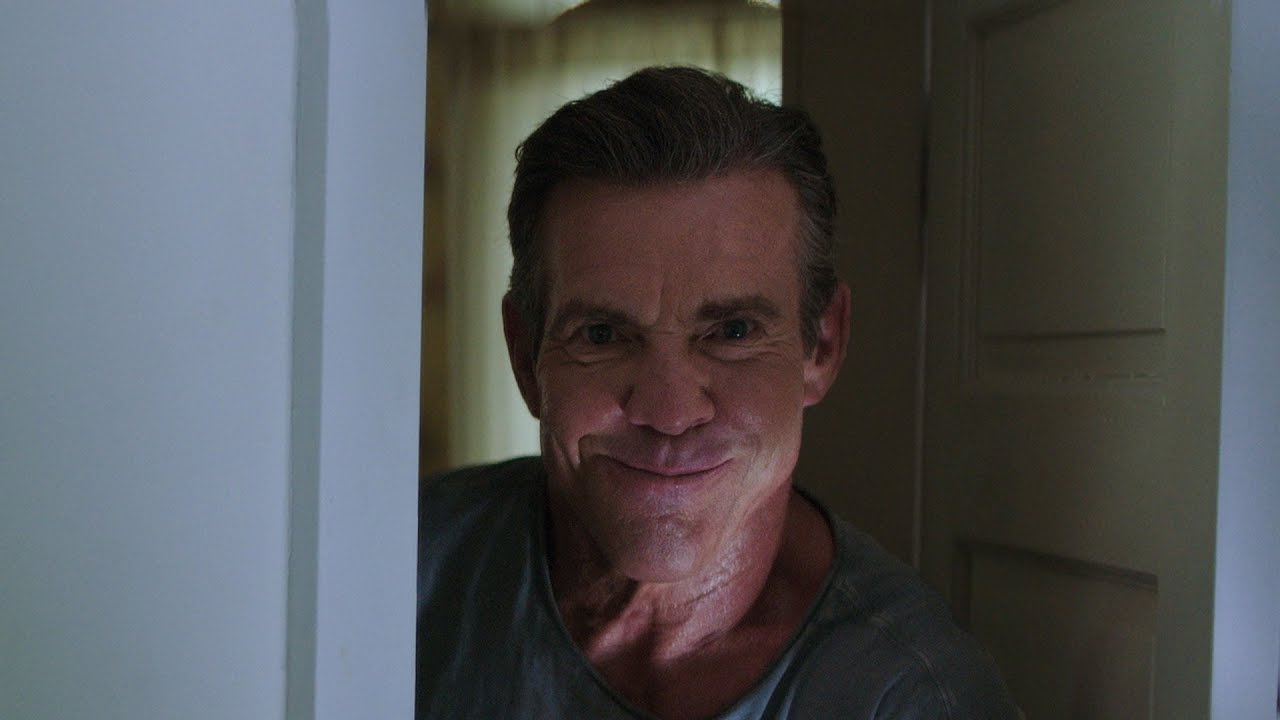 The problem with The Intruder, as with its antecedents, is a combination of narrative predictability and character stupidity. The people populating this movie are so dumb that they belong in a horror film. And, because there aren’t enough legitimate shocks in the story, director Deon Taylor resorts to a series of jump-scares to keep the audience awake. No amount of trickery can paper over the thinness of the screenplay, which forces the female lead to be so oblivious that it becomes frustrating.

When Annie Russell (Meagan Good) and her uptight husband, Scott (Michael Ealy), first meet Charlie Peck (Quaid), he seems like a good ole boy – assuming they ignore his having shot a deer in front of them. Brandishing the still-smoking rifle and making a joke about venison, he invites them to tour his Napa Valley house, which he’s selling for $3.5 million. They’re in the market to buy and, although he’s reluctant to part with the place his great-grandfather built, it’s time for him to move south and east, to Florida, where his beloved daughter is preparing a room for him. 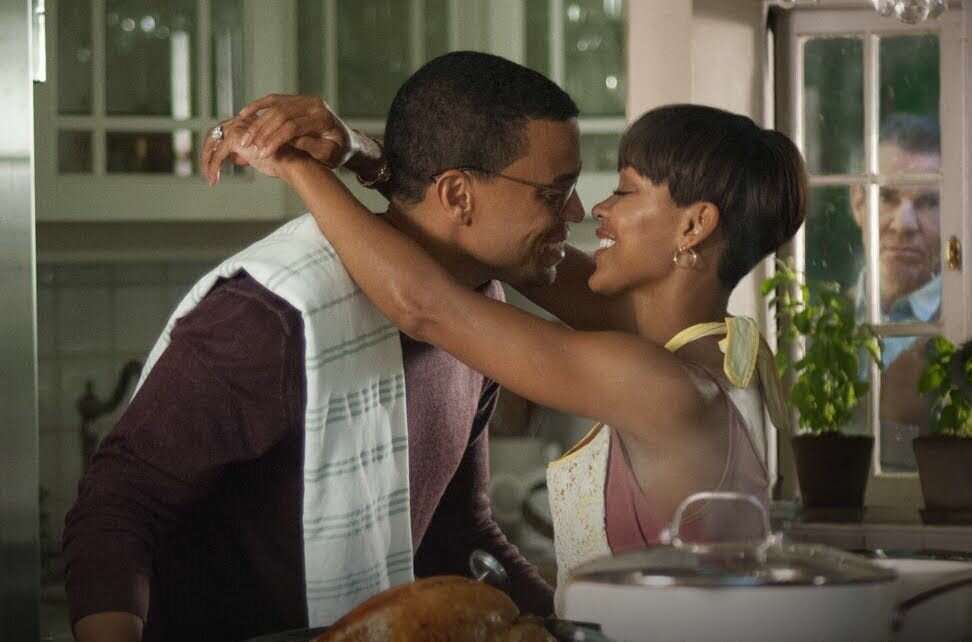 Preferring the bright lights of San Francisco, Scott isn’t thrilled with living in the middle of nowhere, but Annie loves the ambiance of “Foxgloves,” so when Charlie comes down a few hundred thousand on the price and offers to throw in all the furniture, a deal is struck. Soon the happy couple are moving in but Charlie doesn’t seem to want to leave. Annie finds his eccentricities – cutting the lawn and stopping by every once in a while with advice – charming. Scott finds them weird and isn’t thrilled when Annie invites the stalker-ish former owner to Thanksgiving dinner. We, like Scott, gradually realize that Charlie is off his rocker but Annie doesn’t see it. Scott’s friend Mike (Joseph Sikora) understands that all’s not right with the wacky old white guy but let’s just say it’s surprising he isn’t sporting a red shirt.

The Intruder progresses toward the inevitable conclusion by checking off the expected boxes as it trudges along. The film artfully skirts the R-rating by toning down the violence somewhat and keeping the nudity just off-screen – the sex scene uses the accepted PG-13 angles and the shower sequence keeps Meagan Good (or her body double) concealed behind frosted glass. Sadly, even had the movie provided a more explicit dash of violence, gore, and nudity, it would have done little to polish up the final product. Perhaps the ultimate irony is that Sony Pictures is releasing the movie through their Screen Gems label.