Memories of Murder, a 2003 thriller, marked South Korean director Bong Joon-ho’s calling card to the world of cinema. It preceded The Host, a monster movie that garnered international attention, and his two more widely seen films, Snowpiercer and Okja. Memories of Murder, based on an actual serial killer case in Bong’s homeland, fit in with the police procedural fad that infected the 2000s. Superficial similarities with U.S. TV programs like Law & Order and C.S.I. aside, Memories of Murder is notable for its unique qualities: flawed detectives, investigations done without benefit of the latest technology, and the lack of a resolution. The real-life case, dubbed the Hwaseong serial murders, remains open and cold, and Bong doesn’t deviate from that in order to provide a tidy ending. Although a Hollywood production might countenance some of the film’s oddities, including its tone shifts and imperfect protagonists, the conclusion (or lack thereof) would be problematic. Ironically however, it helps Memories of Murder to stand out. 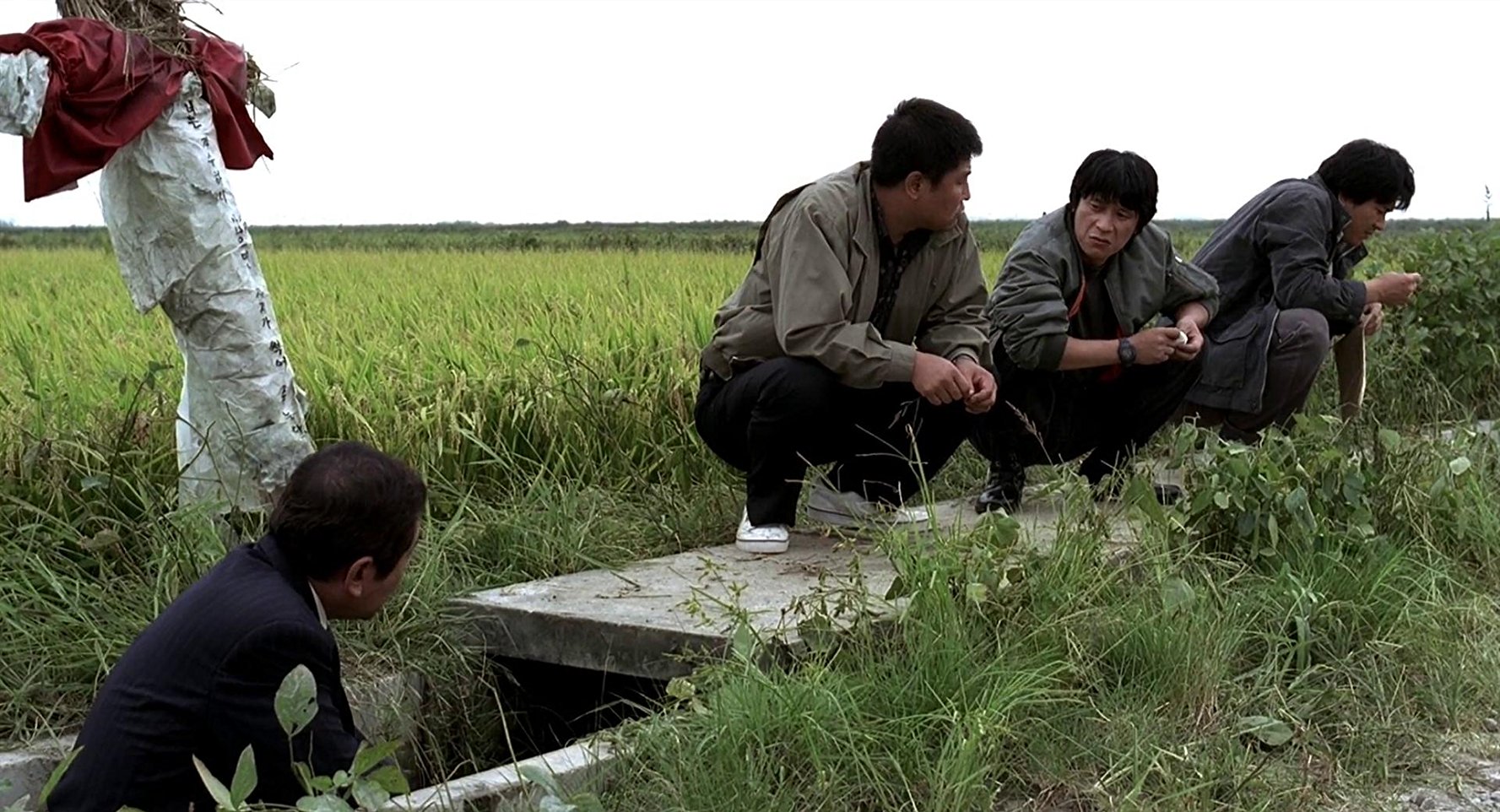 The movie opens in 1986 with the discovery of a body in a field. The young victim was raped and murdered, and she’s not the only one. The two local detectives assigned to the case, Park Doo-man (Song Kang-ho) and his short-tempered, volatile partner, Cho Young-koo (Kim Roi-ha), are overwhelmed by the severity of the crimes and uncertain how to proceed. Forensic aspects are botched and the pair collects suspects using specious and unreliable methods. When confessions aren’t forthcoming, they resort to violence and torture. A scarred and mentally handicapped boy winds up at the top of their likely killer list (he admits to having had a crush on one of the dead girls) but, when he pleads innocence, they embark on a campaign of terror (including having him dig his own grave) to scare him into an admission. It doesn’t matter whether he did it or not – merely that the case is “solved.” As has been proven, when grisly crimes are committed, the need to blame someone (anyone) becomes an overriding concern. Bong uses the lack of closure for the Hwaseong serial murders as an opportunity to explore this psychological obsession. Every move made by the detectives is tracked by the media and the news reports are unending.

Enter Seo Tae-yoon (Kim Sang-kyung), a young and ambitious detective from Seoul on loan to the local police. He brings a fresh, logic-based perspective to the investigation and, although initially viewed with a mixture of contempt and skepticism by Park, Seo’s approach causes several breaks. But, even as the body count builds and the police learn how to predict when another murder will happen, the suspect pool dries up and frustration sets in. As the case drags on, Seo becomes increasingly unhinged even as Park learns the value of introspection. Although the two don’t fully swap personalities, each is changed in different ways by the murders. Their transformations form the meat of Memories of Murder.

The film’s tone, like its protagonists’ personalities, mutates. In the beginning, the bumbling of the detectives is presented with shadings of dark humor. Their ineptitude, especially when seen through the eyes of Seo, the outsider, is outrageous and boorish. Gradually, however, Bong steers the movie into darker, more tragic waters. By the end, not all the victims are faceless and there’s at least one scene (shown from the killer’s perspective as he chooses which of two women to attack) when the tension ramps up to the level of a pure thriller. Bong’s directorial acumen is evident in the smooth, unerring way he steers the movie through the tonal shifts. 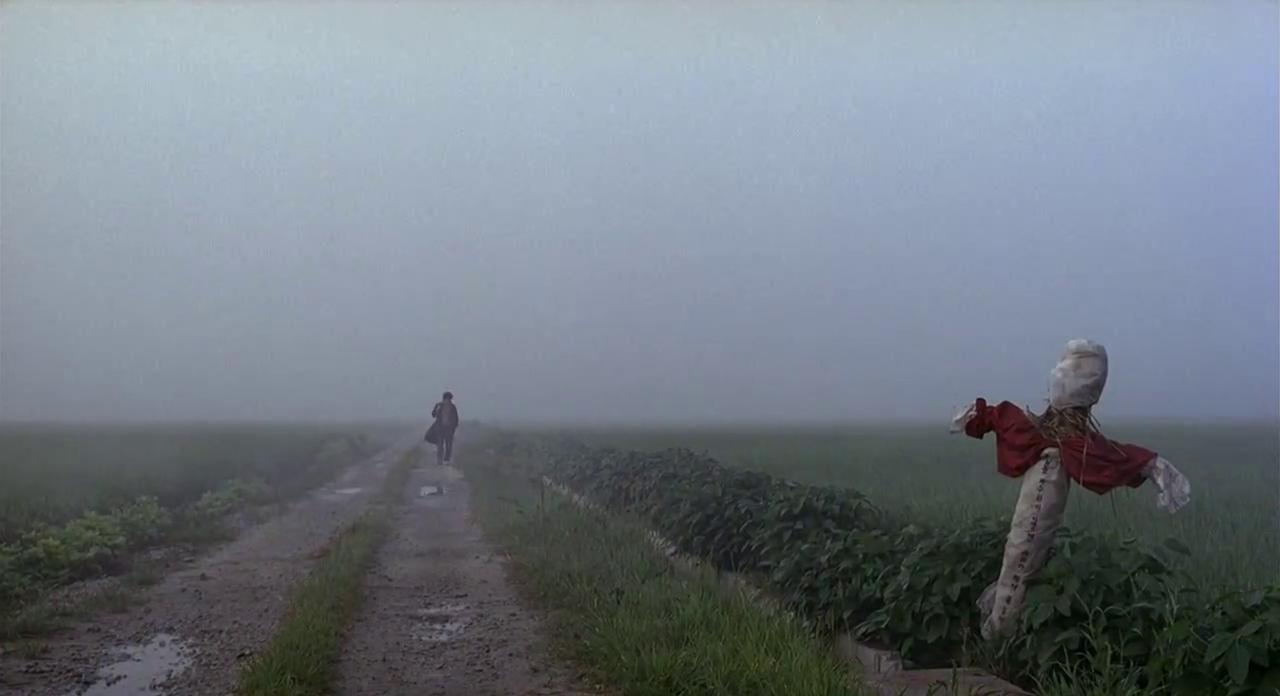 Most procedurals exist to illustrate the wonders of modern technology in crime solving. Whether finger-printing, blood analysis, black light examinations, or DNA, methods available to investigators are constantly evolving. In Memories of Murder, however, we are provided with a window into proceedings when these techniques are unavailable or unused. There’s a sense of frustration that the killer is never caught because, had better procedures been followed, an apprehension would likely have occurred. Viewers see this from the beginning. Only late in the narrative do the characters become aware of the missed opportunities.

One aspect of Memories of Murder that may be lost on international audiences is the specific political background against which the movie’s events unfold. Images of civil unrest are shown daily on television (these are related to the June 1986 Democratic Uprising, in which protests forced new elections and democratic reforms). Civil defense drills, in which lights are turned off and shelter is sought, are practiced regularly in case of an attack by the North. Bong uses one such drill as the backdrop for a murder – as lights are turned out, the killer strikes, and there’s no one around to save the victim. 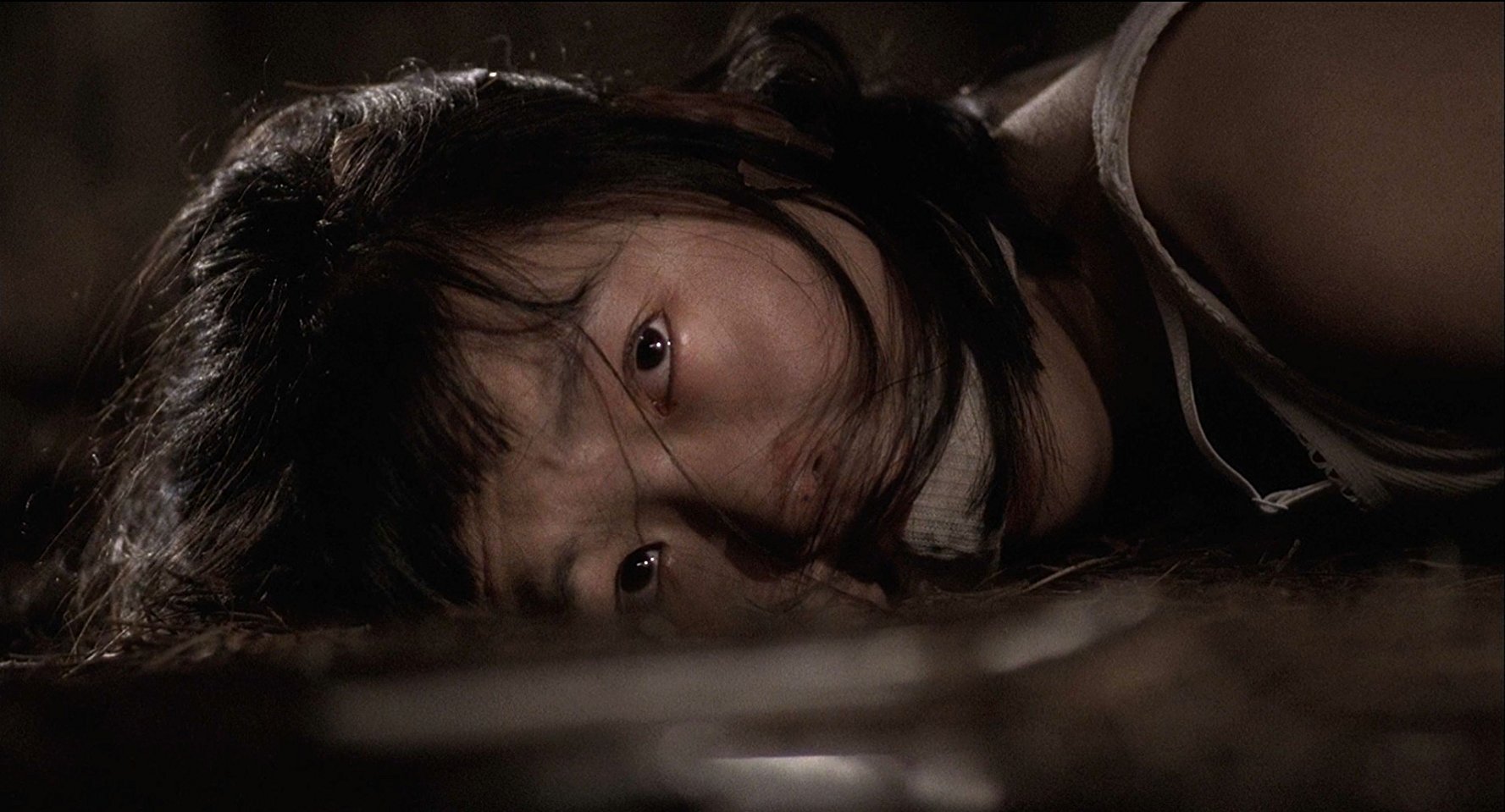 As Park, Song Kang-ho gives an impressively multi-layered performance. Our initial impressions of the character aren’t good – he seems to be lazy and a bit on the stupid side. Gradually, however, we begin to understand him. Park develops him into a fully-developed, flawed individual and his actions late in the film – so different from what we might have expected in the beginning – feel right considering how the character has evolved. The epilogue focuses on Park and, although not resolving the crimes, offers an ironic sense of closure.

Of Bong’s major films, Memories of Murder is the one least widely seen outside of Korea. And, although not as accomplished as Snowpiercer or Okja, it shows the seeds that would germinate with age and experience. Paradoxically, despite not offering a conventionally pleasing resolution, Memories of Murder is in many ways more satisfying because of the complexity of the characters and the believability of how things turn out. By deviating from familiar formulas within an often-predictable genre, the film establishes itself as being worth the investment of time necessary to experience what it has to offer.