The Midwife has two things going for it: Catherine Frot and Catherine Deneuve. There’s no disputing the quality of acting in this film, at least insofar as the leads are concerned. Unfortunately, almost everything else in Martin Provost’s staid character study falls considerably short of the bar set by the two Catherines. The minimalist story is a mish-mash of uninteresting clichés that fail to take us anywhere new (or interesting, for that matter). The tone is monotonous. In fact, the only thing that keeps us from tuning out is that it’s a pleasure to watch the actors exchange dialogue. Is that a good enough reason to see a movie? Depends what you’re looking for.

The difference between a mediocre character study and a good one is straightforward: the mediocre character study offers the viewer a portal through which the lives of the characters can be observed; the good character study transports the viewer into those lives. Voyeur vs. participant. The Midwife shows us enough images from the life of Claire Breton (Frot) that we get a sense of who she is, but we never connect with her emotionally. Provost keeps us at arm’s-length and, as a result, the predictable “growth” lacks impact and the Big Moment feels artificial. Most movies employ clichés of one form or another. If nothing else, they’re an effective shorthand and, with only about two hours to tell a story, short-cuts are often needed. Strong films are able to camouflage the obviousness of the familiar elements but they stand out in weak narratives. The Midwife’s character arcs are so predictable that they’re almost not worth mentioning. There are no surprises. Nothing of great interest happens. Oil and vinegar come together, repulse, and finally find a pleasing mix once they’re shaken up.

Claire is the sour, bitter title character. In addition to being excellent at her job, she’s morally upright, emotionally closed-off, and no fun at all. She doesn’t have a boyfriend – at least not until truck driver Paul Baron (Olivier Gourmet) pursues her – and shares a frosty relationship with her son, Simon (Quentin Dolmaire). She doesn’t drink, smoke, or eat unhealthy food. Aside from delivering babies, she spends most of her life in her garden. Her life is turned upside-down by the arrival of Beatrice Sobolevski (Deneuve), an old mistress of her long-dead father. Claire, who has nursed a grudge against the older woman for decades, is less than pleased to see the ghost from the past but finds herself unable to turn her back once she learns that Beatrice has brain cancer and is about to go under the knife. 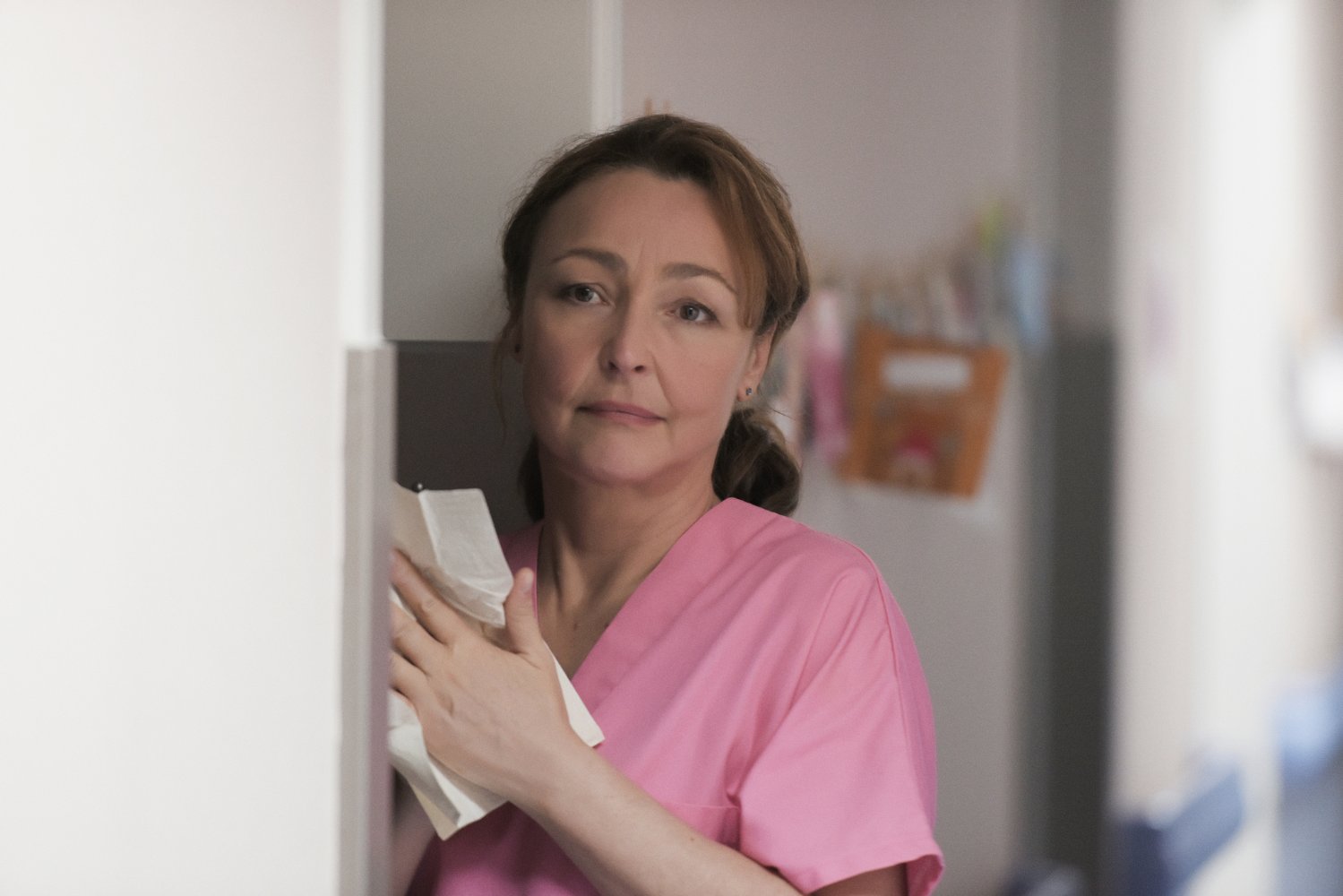 Neither character is appealing. Claire is a common movie stereotype: the strait-laced bore who needs a shock to the system to get her to enjoy things. Beatrice is a self-absorbed narcissist who lies and manipulates her way through life. Claire is vulnerable and soon lends Beatrice large sums of money (to be lost in gambling), provides her with companionship and a place to live, and plays the role of her “daughter.” I believe Provost’s intention is to soften these characters as a connection is develops between them, but they’re such familiar stereotypes that it hardly matters.

When it comes to basic logic, The Midwife is almost as brain-dead as a Hollywood blockbuster. Provost mostly ignores the fact that Beatrice has had major brain surgery and may be dying from cancer. Except for some dizzy spells and vision issues, she eats, drinks, smokes, and gallivants as if she’s a hale, healthy woman in her late middle years. It’s almost insulting to those of us who have experienced and/or watched people suffering through cancer treatment.

Provost deserves credit for not skimping when depicting the rigors of Claire’s job. In American films, when a newborn baby is required, a several-months-old stand-in fills the part. For The Midwife, Provost depicts live births (tastefully photographed – no vaginal close-ups). It’s said that Frot delivered five babies during the course of filming. Talk about being willing to sacrifice for art… However the viewer may feel about this approach, it lends authenticity to many of Claire’s work sequences.

The Midwife is talky but rarely do the characters say much of interest. They natter on about superficial things or hint at long-ago moments that are only partially delineated. This is where Frot and Deneuve’s acting saves the movie. With lesser performers, the urge to leave the theater might become overpowering but these two are so adept that many scenes become examinations of their craft. Admittedly, that’s a thin reason to see a movie but it’s the only compelling aspect of this otherwise underwhelming French drama.