Selah and the Spades is a high school movie, but it’s not a carbon copy of every other high school movie out there. It’s not a coming-of-age tale. It’s not a rom-com. Instead, it’s a serious-minded drama that takes viewers into the bubble that is the teen years and focuses on those who accept the skewed and short-range perspective associated with high school royalty.

The setting is an exclusive private high school that accepts on the best and brightest. The elite level is divided into five cliques, each of which is responsible for one or more facets of illicit campus activity: cheating on tests, holding unauthorized parties, drugs, gambling, etc. Selah (Lovie Simone) is the queen of The Spades, the group in charge of dealing drugs. Over her four years at the school, Selah and her best friend/cohort, Maxxie (Jharrel Jerome), have built an empire. But their time is at an end and Selah has no heir apparent. She sees enemies (real and imagined) at every juncture, the most dangerous of which is Bobby (Ana Mulvoy Ten), another clique leader who blames Selah or orchestrating a damaging scandal.

Enter Paloma (Celeste O’Connor), a naïve transfer student with a love of photography. The normally reserved Selah hits it off with her and, after a little grooming, she sees the potential for a successor. The closer this comes to being a reality, however, the more resistant Selah is of ceding control. She becomes especially concerned when she learns that Paloma’s forward-thinking ideas are different from her own. She wants her legacy, not the agenda of a new leader, to guide the future of The Spades. So she acts to strike down the girl she previously elevated. Selah and the Spades is darker and edgier than one might expect based on the low-key opening scenes, which work to establish the tony setting. We come to learn that Selah is not a nice person. She’s narcissistic, vindictive, and paranoid. She’s the embodiment of someone who has peaked during high school and gazes upon the unknown future like staring into a void. She has nothing outside of her role as the leader of The Spades. Her relationship with her overbearing mother (Gina Torres), posited as a reason for her personality disorder, is one of the few details we learn about Selah’s background. The movie is less interested in why she is the way she is than how that impacts those around her, some of whom think they “know” her. Perhaps there are two Selahs, and the power-hungry one has displaced the caring and studious person who entered high school.

One of the most memorable scenes in the movie features actress Lovie Simone addressing the camera directly and delivering a monologue about the necessity of 17-year old girls taking control of their bodies. Although the message is important – and reveals a recognition by the younger generation about the importance of self-determined body image – it is oddly presented. Fourth-wall breaking is a technique that should be used sparingly (if at all) because addressing the audience inevitably takes the viewer out of the moment. In this case, the filmmakers have a point they feel strongly about but the manner in which they choose to highlight it interrupts the narrative flow. 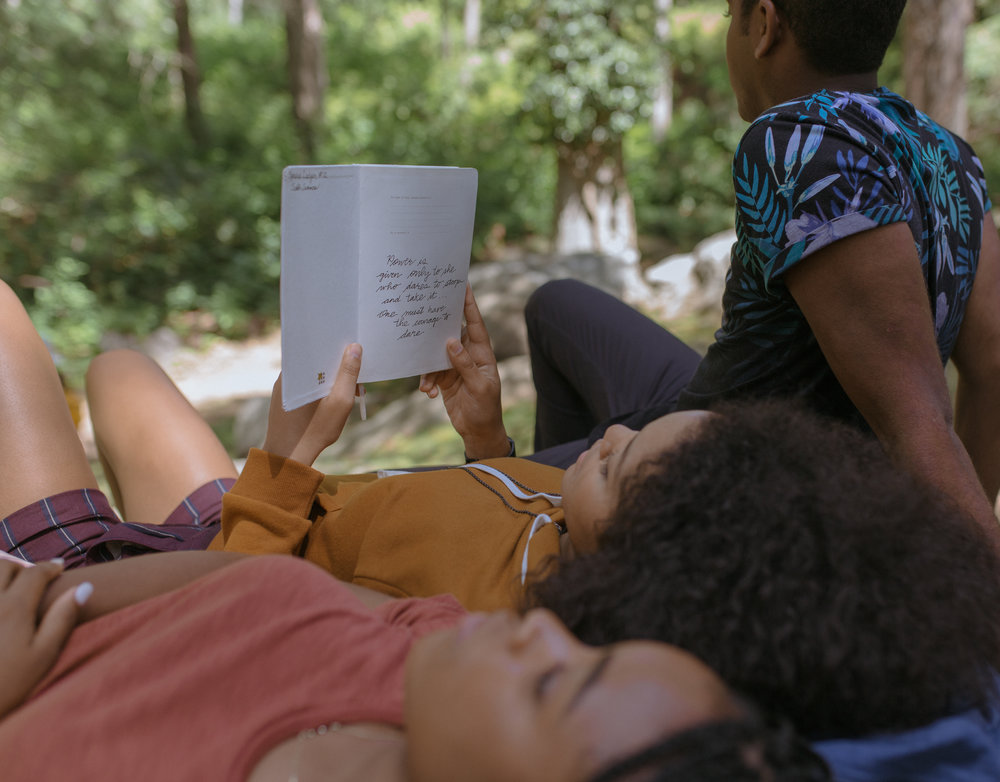 This is a strong calling-card for director Tayarisha Poe in her feature debut. Her visual sense is evident throughout, emphasizing the inside-the-bubble “unreality” representing the perspective of characters unable to see beyond the haze of high school. Three talented newcomers – Lovie Simone, Jharrel Jerome, and Celeste O’Connor – fill the primary roles while veterans like Jesse Williams and Gina Torres round out the cast.

For viewers who enjoy high school films but are looking for something fresher and less cliché-riddled than the common fare, Selah and the Spades provides an opportunity to look behind the ivy-covered walls of an exclusive private school and examine the darker side of the culture that exists there. It’s closer to horror than the usual lightweight fare one finds in the genre.