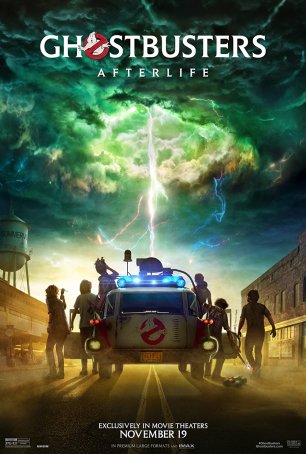 Get ready for a deep dive into nostalgia. Ghostbusters: Afterlife, although boasting a next generation of Ghostbusters, works best for those who have seen (and at least somewhat remember) the original two Ivan Reitman films from the ‘80s. Although designed as part-sequel/part-reboot, Jason Reitman’s statement that the film represents an “Easter egg hunt” for fans is accurate. While newcomers may relate to the characters and be able to follow the narrative, they won’t get as much out of the experience as those with long-term familiarity. In terms of the overall Ghostbusters franchise, Afterlife stands just below the original; it’s better than the 1989 sequel and the 2016 gender-swap remake.

Without a doubt, Harold Ramis’ 2014 death left a gaping hole. His passing was one reason why Sony chose to hit the reset button in 2016 rather than reworking the continuation that Ramis and Ackroyd had been tinkering with for years. When it came time to write Ghostbusters: Afterlife, Gil Kenan & Jason Reitman elected to do more than name-check the late Dr. Egon Spengler. The movie’s dedication of “For Harold” feels heartfelt and has genuine meaning. A tear or two wouldn’t be inappropriate. 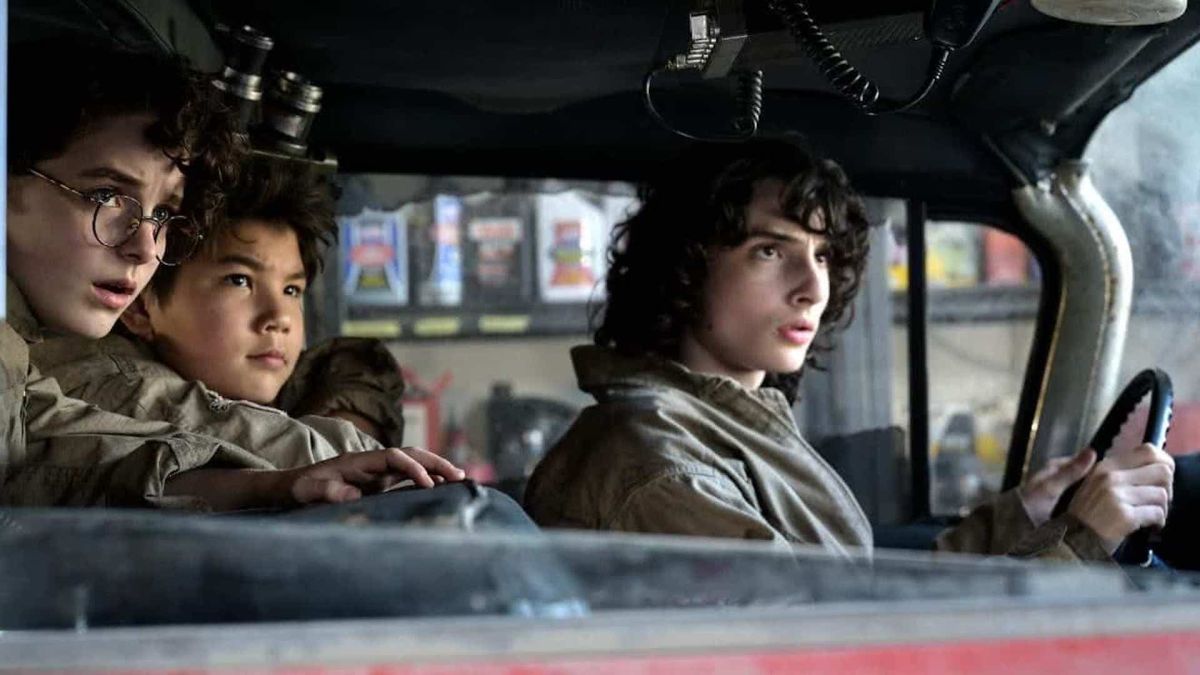 If the main purpose of Afterlife is to introduce a much younger group of Ghostbusters, it also bears the responsibility of bringing back Dr. Peter Venkman (Bill Murray), Dr. Raymond Stantz (Dan Aykroyd), and Dr. Winston Zeddmore (Ernie Hudson). The decision not to include those characters in the 2016 version is arguably the reason why that movie foundered. Most Ghostbusters fans rebelled not at the creation a new, all-female team but at the failure to include the “legacy” characters. (When J.J. Abrams rebooted Star Trek, he wisely brought in Leonard Nimoy to play “Spock Prime,” thereby placating long-time Trekkers.) Afterlife exists not only to provide a path forward for future installments but to check an item off fans’ wish lists. (It started with getting Bill Murray on board, a not-insignificant accomplishment given his notorious reluctance to play Venkman after Ghostbusters II.)

The movie starts out like a coming-of-age story for siblings Trevor (Finn Wolfhard) and Phoebe (Mckenna Grace). Along with their single mom, Callie (Carrie Coon), they are relocating from the Big City to Smalltown, Oklahoma. Broke and in need of a fresh start, Callie and her family take possession of the property she recently inherited from Spengler, her estranged father. In the days before his death, he was involved in a big ghostbusting enterprise (as shown in the prologue) but its purpose, like his former profession, is hidden from those who are moving to his spooky, isolated house. He wasn’t well-known in the community – an eccentric who didn’t mingle and had earned the nickname of “Dirt Farmer.” 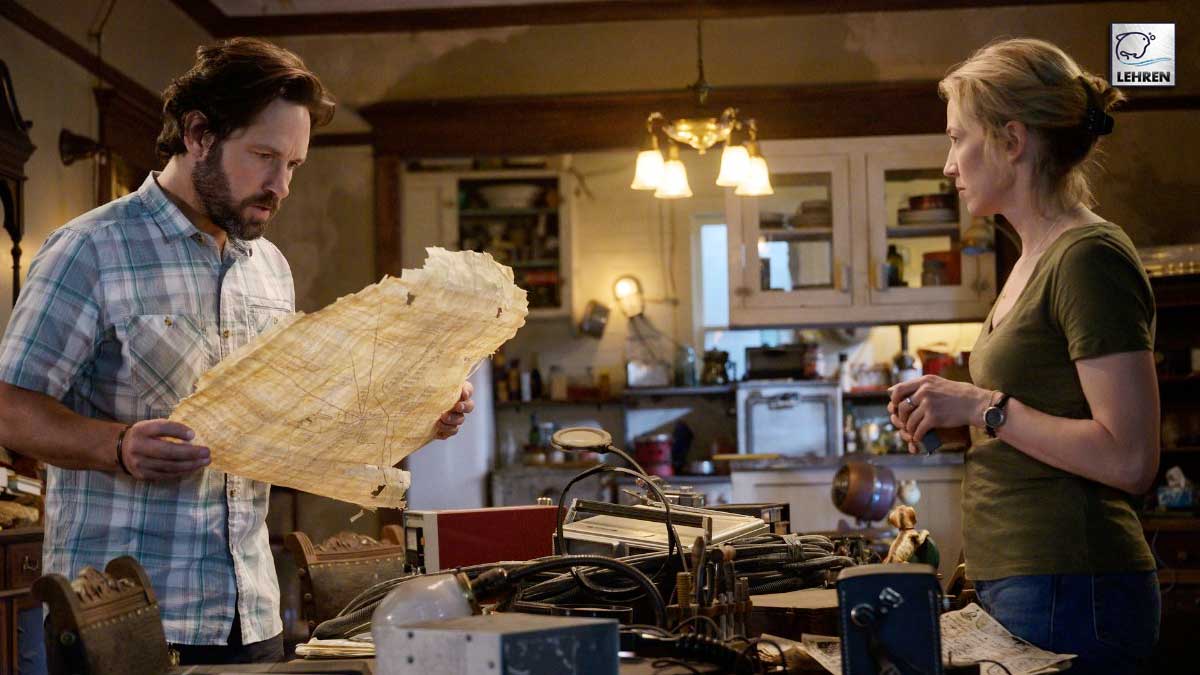 The siblings gradually learn that their grandfather, an original Ghostbuster, was onto something big and their tinkering with one of his ghost traps frees something that should have been left captive. They are joined in their growing awareness of a potentially apocalyptic event by Phoebe’s new friend, Podcast (Logan Kim), Phoebe’s summer school teacher, Mr. Grooberson (Paul Rudd), and Trevor’s love interest, Lucky (Celeste O’Connor). Eventually, taking an old TV commercial to heart, Phoebe answers the question of “Who you gonna call?” by dialing the number and connecting with Stantz.

Finn Wolfhard’s presence in and of itself is sufficient to bring to mind Stranger Things, but the similarities are enhanced by the writing and tone of at least the film’s first half. Ghostbusters: Afterlife works best when focusing on developing the characters, cementing their relationships, and exploring their “powers” (not unlike a superhero origin story). The Big Supernatural Special Effects Battle (TM) is, as was the case in Ghostbusters, anticlimactic, although this one features a welcome secondary element. (No props for guessing what it is.) Nevertheless, on a purely narrative level stripped bare of any nostalgic considerations, the showdown with Gozer is among the film’s least successful elements. 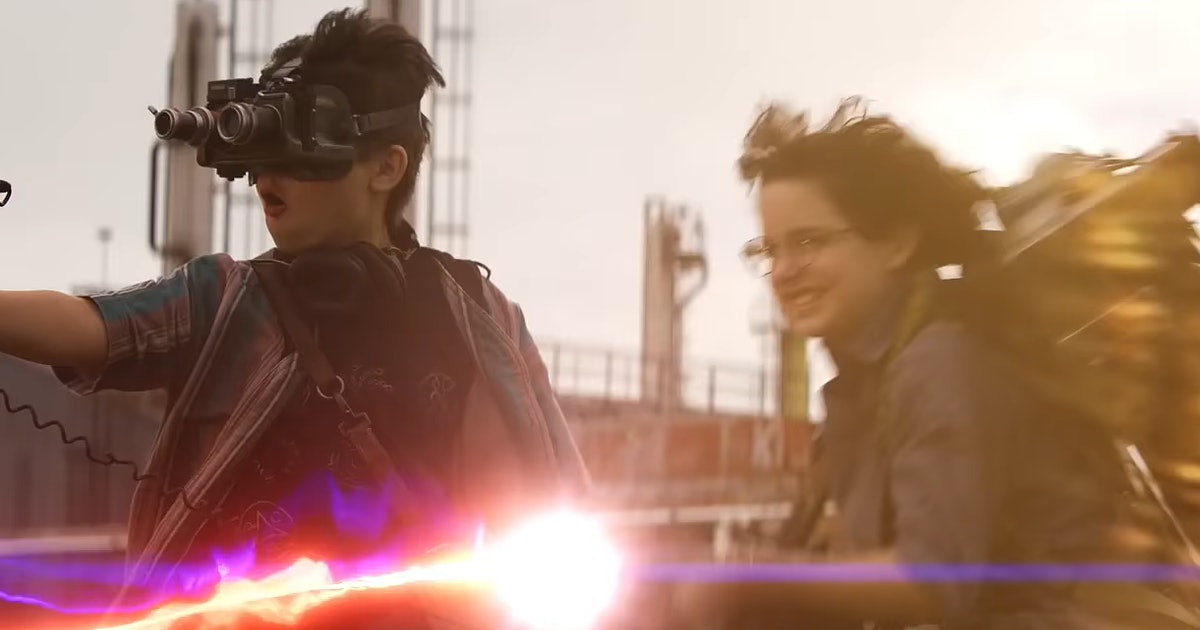 If there’s a standout in the group of newcomers, it’s Mckenna Grace, who finds the right balance of vulnerability and unflappability as the socially awkward chip off her grandfather’s block. Paul Rudd and Carrie Coon evince enough chemistry to ignite a spark or two (although far fewer than the equipment Spengler keeps in his backyard). Newcomer Logan Kim is on board mainly for comedic purposes and Celeste O’Connor gives off a Zendaya-in-Spider-Man vibe. Relegated to supporting roles, the original Ghostbusters are all in fine form (albeit looking a lot older, as is expected).

By intent, Ramis’ shadow looms over the entire production. The film develops into a family drama where a daughter and grandchildren connect with their grandfather after his death. This allows Spengler to be the most “present” of all the original Ghostbusters even though the actor who played him is no longer around. There are two end credits scenes. The first, appearing midway through, is a welcome bit of fluff. The second, coming at the very end, offers both a flashback to Ramis from the ‘80s and a hint of how the filmmakers plan to move forward if there’s another film.

Even though Ghostbusters was one of the seminal films of the 1980s, it’s an open question whether a sequel is warranted more than 30 years after the characters were last on screen. Although director Jason Reitman (son of Ivan, who made the first two) has done a solid job of satisfying multiple needs while turning out a passably amusing and affecting story, the limitations of the Ghostbusters formula are apparent. Ultimately, however, nostalgia remains the main selling point and viewers attending for that reason won’t be disappointed.