It's 1693 and a trio of witches (Winifred, played by Bette Midler; Sarah, played by Sarah Jessica Parker; and Mary, played by Kathy Najimy) are preparing a spell that will ensure them immortality and eternal youth. However, before the magic is complete, the people of Salem capture and execute them for consorting with the devil. Before their deaths, the witches vow to return on some future All Hallow's Eve. 300 years later, a skeptic by the name of Max (Omri Katz) ventures into the ruins of the witches' house, daring the supernatural to manifest itself. Heedless of warnings of his sister, Dani (Thora Birch), and schoolmate, Allison (Vinessa Shaw), Max lights the dreaded Candle of Black Flame. Suddenly, the three Sanderson sisters have a second lease on life, and this time they don't intend to waste it. Now it's up to Max, with the help of Dani, Allison, and a talking black cat, to correct his error and stop the witches before it's too late.

Like so many films that mix genres, in trying to do too much, Hocus Pocus succeeds at very little. The comedy is sporadic and not often funny, the horror won't frighten anyone over 8, and the adventure is dull and routine. As a family film, Hocus Pocus is passable -- provided you don't have particularly high standards.

In the absence of nonstop, uproarious comedy or pulse-pounding action, strong characters are needed. What we get, however, are poorly-developed caricatures taken from the writers' stock of readily-available personalities. For the most part, the scenes intended to further relationships are laughably absurd. 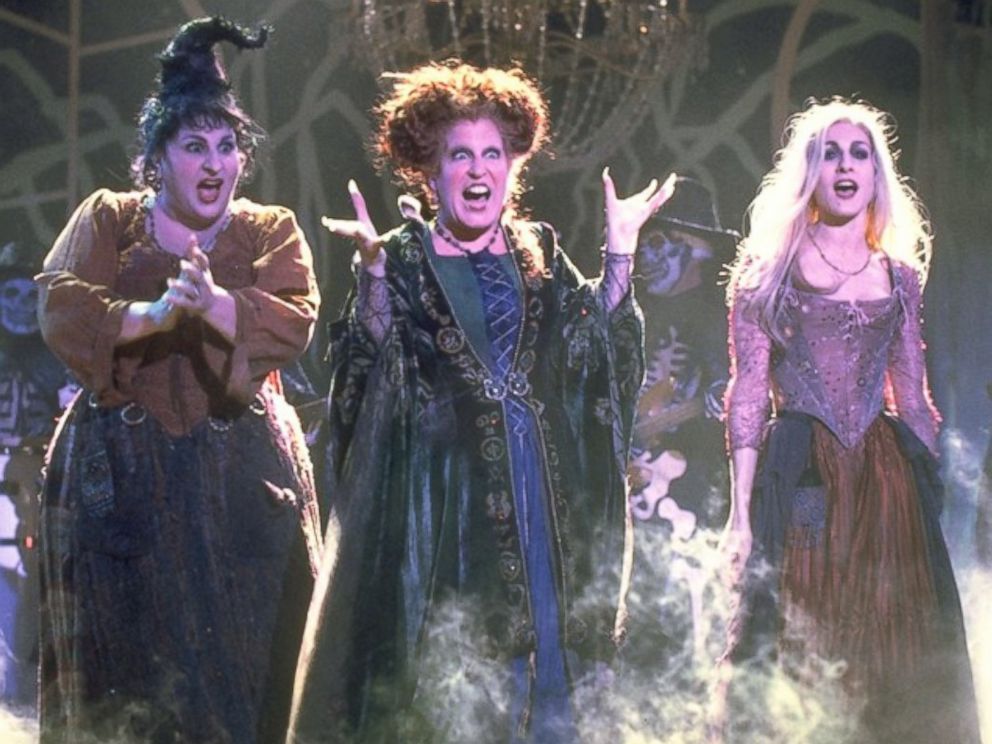 Omri Katz is a poor choice for the hero. Actually, "hero" might not be the right word for his role -- Max is so irritating that we wish the witches would stick him in their kettle and boil him alive. He treats his little sister like a burden (which is not entirely unrealistic for someone his age) and does some of the most amazingly stupid things. Everything that happens in Hocus Pocus is essentially his fault.

The normally-steady Bette Midler has fun chewing on the scenery. Clearly in her shadow, Sarah Jessica Parker and Kathy Najimy give such muted performances that they're virtually invisible. They do a lot of Three Stooges' physical gags, but they haven't mastered the timing.

Hocus Pocus lacks energy. Kenny Ortega's direction is flat, and the cinematography is workmanlike. The film basically amounts to a great deal of pointless running around. The inventiveness that we keep expecting never materializes, and, by the end, we're still wondering if and when something's going to happen to galvanize this motion picture.

Hocus Pocus is an occasionally dull, mostly pedantic motion picture with little to recommend it. It belongs on the long list of summer movies that will quickly be buried and forgotten until the surface on video in six months. For real fun at the expense of the dead, see instead Sam Raimi's Army of Darkness.