Director Sarah Gavron and writer Abi Morgan deserve props for bringing to the screen the oft-neglected story of women's suffrage in the U.K. as well as illustrating what life was like during a time prior to the advent of women's rights. Suffragette, however, might have worked better as a documentary. The use of a fictional "observer" as the main character dilutes the drama and the non-cinematic resolution forces the filmmakers to rely on captions rather than narrative to provide the ending. From a historical perspective, Suffragette is riddled with inaccuracies, but that's less of a problem than its questionable dramatic arc.

The best thing about Suffragette is the snapshot it provides of a lost age (pre-World War One, to be precise). It's easy to become lazy and forget that social norms weren't always what they are today. As recently as a century ago, things were much different with women being denied countless rights and freedoms that are taken for granted today. Suffragette is not unlike the many race-related civil rights movies that have come out in recent years. Unfortunately, like some of those, it makes the same mistake of valuing the message over the narrative. 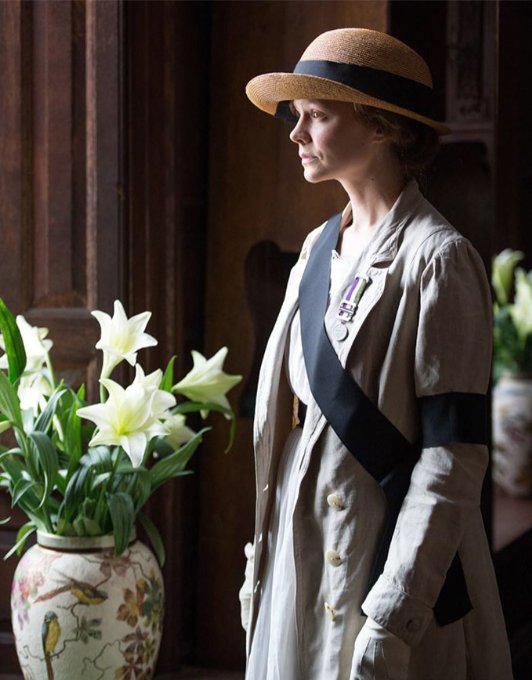 It's 1912 and the women of London are hearing the call to arms issued by the city's leading Suffragette, Mrs. Parkhurst (Meryl Streep). Having tried peaceful demonstrations and finding them ineffective, Mrs. Parkhurst has called upon her followers to become more militant. So women like Edith Ellyn (Helena Bonham Carter), Violet Miller (Anne-Marie Duff), and Emily Davison (Natalie Press) pick up bricks and heave them through store windows. Initially, laundry worker Maud Watts (Carey Mulligan) is indifferent to the plight of her sex but, after befriending Violet and being kindly treated by Edith, her interest is piqued. Much to the displeasure of her conformist husband, Sonny (Ben Whishaw), she gives testimony before a Parliamentary committee and marches in a demonstration.  The latter action earns her a punch in the stomach and an interview with Inspector Steed (Brendan Gleeson), who warns her against venturing further down the path along which she has started.  She ignores him and, as her suffragette activities increase, she is forced to sacrifice her husband and son to the cause while engaging in increasingly dangerous and violent activities.

Suffragette's story suffers from a weak ending. The film would have us believe that the climactic moment (which is not an accurate representation of the facts) is a more important catalyst than the record would indicate. To a degree, this is understandable since the slow, inexorable grind of progress is not naturally cinematic, but it skews the perspective of how the battle was won. On the other hand, its representation is a spot-on illustration of a social order dominated by those who use fear and the strength of law to oppress others. Character development is spotty. Most of the men are depicted as ogres with only one significant male (the policeman Steed) showing aspects of humanity. In many cases, the women aren't better fleshed out, although their characteristics are more positive. The exception is Maud, whose struggle to balance her political beliefs with her love for her son results in a heartbreaking choice. 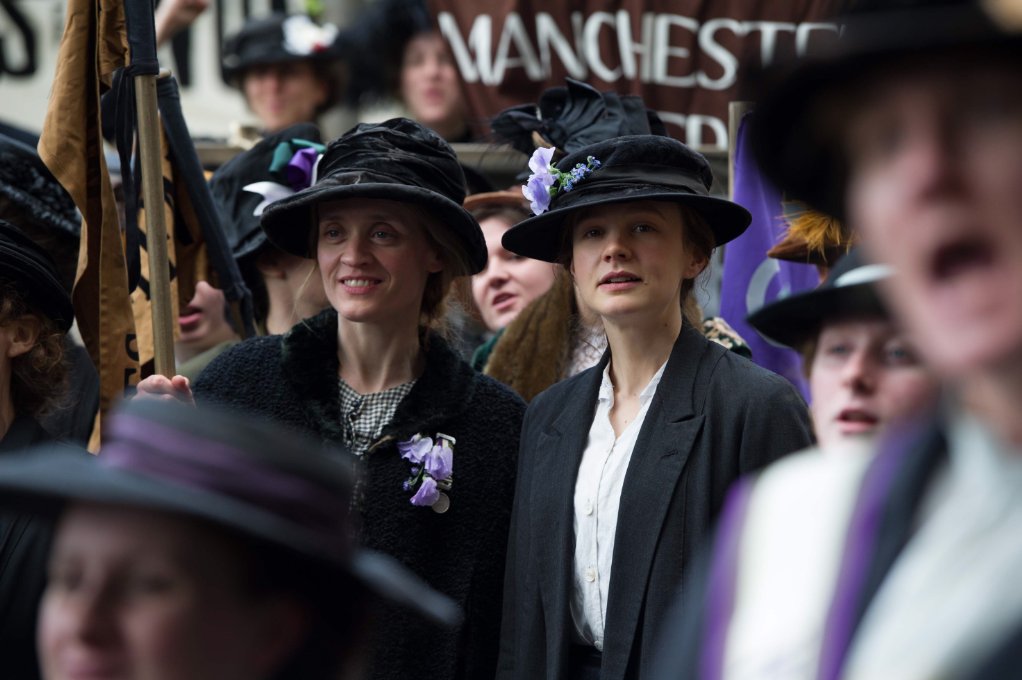 Early Oscar buzz has Carey Mulligan being mentioned as a frontrunner for an Oscar nomination. Her work represents the best thing about a film that's at times too heavy on message and light on story. Helena Bonham Carter is surprisingly understated. The actress who has become known for her eccentricities plays it straight, although her character is underdeveloped. Meryl Streep's appearance consists of little more than a glorified cameo and Mrs. Parkhurst, despite being a crucial figure in U.K. women's suffrage, is eventually dismissed with a throw-away line.

Perhaps the most disappointing thing about Suffragette is that it too obviously wants to be an important movie. The self-consciousness of this desire is evident. The movie does some good things but it is nowhere as powerful a tool as (for example) Selma, another historically-inspired tale of one group's fight against injustice. Women's suffrage is no less an important story than the Civil Rights movement for how the societal norms of a bygone era were shaken up during the turbulent 20th century, but Suffragette is at best an uneven account of one story among many.