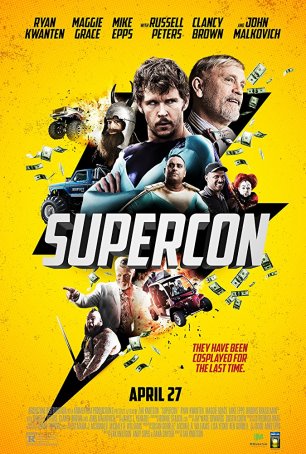 What happens at Comic-con stays at Comic-con. Like Vegas, fantasy/science fiction/comic book conventions exist outside the reality of everyday life. Spending time at any of these events can be a surreal experience for the uninitiated. For a little while near its beginning, it looks like Supercon is going to go inside the bubble and provide viewers with a comically exaggerated insider’s perspective. Alas, that hope quickly goes by the wayside as it becomes apparent that filmmakers Zak Knutson (who directed and co-wrote), Andrew Sipes (co-writer), and Dana Snyder (co-writer) are using their “Supercon” as a colorful backdrop for a more-dumb-than-funny stoner comedy. Supercon has its moments, although not nearly enough of them, and its grossest-of-gross-out scenes might be disgusting enough to cause John Waters to wince.

“Supercon” is unquestionably a stand-in for San Diego’s Comic-con, although apparently enough extras couldn’t be procured to capture the overcrowded chaos that the world’s most famous comic book extravaganza has become. Sparse hordes and a sense of low energy kill any attempt at verisimilitude almost out of the gate, even as the film gets high marks for representing the pecking order of the guests and how they perceive themselves and each other. At Supercon, the undisputed king is Adam King (Clancy Brown), a Shatner-esque figure who spends his time preening and acting like an asshole. He is enabled by the convention’s producer, Gil Bartell (Mike Epps), who gets hefty kickbacks from King’s $75 per-head autograph signings. The targets of King’s belittling campaign are some of the “lesser” luminaries – actor Matt Wheeler (Ryan Kwanten), illustrator Allison McNeeley (Maggie Grace), old-time writer Sid Newberry (John Malkovich), washed-up former leading man Brock Hutchinson (Brooks Braselman), and ex child-star Keith Mahar (Russell Peters). Things reach their peak (or nadir, depending on your perspective) when King flexes his muscles to get a bunch of them fired. Armed with costumes, props, and lines from famous movies and TV shows, they devise a half-assed heist plan to hit King and Bartell where it hurts – in the wallet. 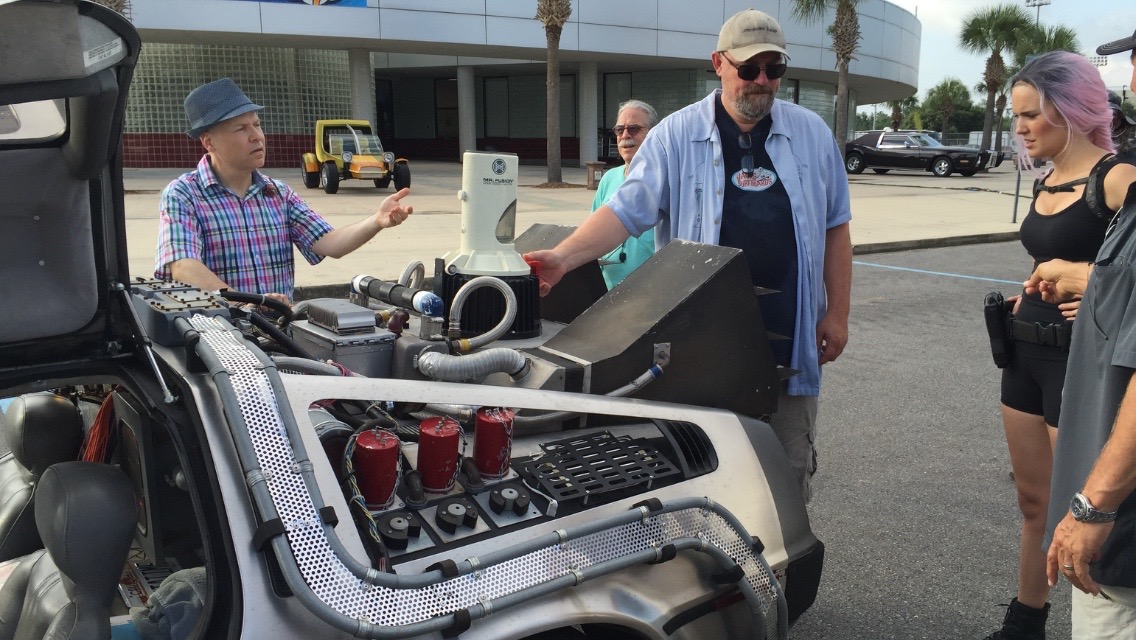 Budgetary limitations prevent the Comic-con stand-in from seeming like more than a second-rate amateur event and the filmmakers aren’t able to fake things sufficiently to make it seem like it’s the center of Geekdom during the first week in July. Lip-service is paid to what these conventions mean to true fans but, outside of a few lines of dialogue, there’s little other evidence of it. The most interesting character is Keith, a once-popular child actor who can’t find work and relies on convention appearances to make ends meet. He’s the only member of Supercon’s ensemble with a credible backstory. The screenplay makes a half-hearted attempt to give him a scene with some dramatic heft (in which he derides the industry for the roles available to minority actors) but neither the tone nor Russell Peters’ performance are conducive to this gaining the necessary traction.

Supercon probably wants to be like Fanboys in providing a sympathetic perspective of those who invest a lion’s share of their affection and energy into genre properties but it falls below the low bar set by the 2008 film. For every joke that hits the mark, another dozen miss and some of the duds are painful. The production as a whole feels amateurish and, although it’s initially surprising that “name” actors like John Malkovich and Maggie Grace appear, this is just a paycheck for them and it shows in their performances.

I have always believed that there’s an opportunity to make a sincere film about life within the bubble of a comic book convention. The connections that people make in that pop culture cauldron can be deep and abiding and there’s a lot of drama and comedy to be explored. Supercon, however, is more interested in exploiting than exploring. I’m sure that’s not Knutson’s intention but that’s how it turns out.