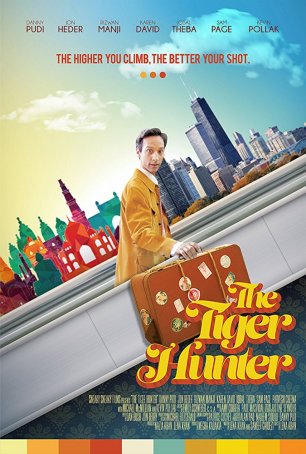 The Tiger Hunter melds an affectionate drama about the so-called immigrant experience with sit-com-like humor that is more often distracting than amusing. When The Tiger Hunter works, it does so because of the honesty and openness of the screenplay and an unaffected performance by actor Danny Pudi. When it doesn’t work, it’s because it tries too hard to provoke laughter with clichéd jokes and subpar physical comedy.

The story is very much a love letter to the United States as a land of opportunity where anyone, even a humble street sweeper, can become someone and pursue his own slice of the American dream. In today’s climate, it’s nice to remember this about the country. (The movie is set in Chicago during the 1970s.) Perhaps the most surprising thing about The Tiger Hunter is the ending. It would have been easy for the screenplay, co-written by Sameer Asad Gardezi and director Lena Khan, to opt for a “happily ever after” coda. Instead, however, they offer something that, although hopeful, is ambiguous. It’s perhaps the most endearing moment of an otherwise uneven movie.

Sami (Danny Pudi) is an engineer who comes to America seeking employment. Despite having been given an offer by a Chicago firm, he arrives to discover that, as a result of “belt tightening”, the position is no longer available. He is forced to accept work as a “temporary” draftsman in the basement. While there, he strikes up a friendship with Alex (Napoleon Dynamite’s Jon Heder), who happens to be the son of Frank Womack (Kevin Pollak), the company’s owner. After being mugged, Sami finds himself without money or a place to stay. Enter Babu (Rizwan Manji), a good-hearted Pakistani immigrant who offers a place in his apartment. The downside: there are about a dozen people already there and the place is so small that the sleeping arrangements fit everyone in like sardines in a tin. 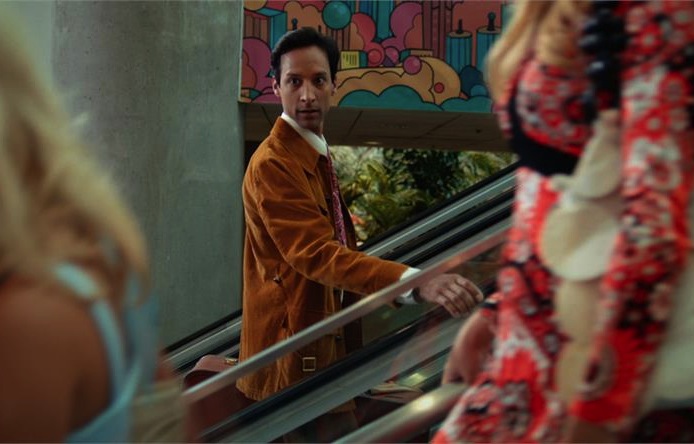 Sami’s purpose for relocating is to gain success and prestige. His father was a great tiger hunter, revered throughout the village, and Sami wants, more than anything, to live a life that would have made his father proud. He also wants to marry his childhood sweetheart, Ruby (Karen David), but her father is dubious about Sami’s prospects and wants to introduce his daughter to wealthy Indians living in the United States.

The Tiger Hunter is at its best when it remains low-key. Some of the “quiet” scenes between Sami and Ruby are among the best the movie has to offer. When the film attempts something outrageous, however, it often comes across as discordant. The character of General Iqbal (Iqbal Theba), Ruby’s father, is an example. There’s nothing real about this man – he’s a writer’s construct, designed to be humorous. But the satire isn’t funny and every scene in which he appears feels forced and unnatural. It’s as if he stumbled off the set of a sit-com and into this movie.

Despite the sophomore hijinks surrounding him, Sami remains credible. Danny Porter, who bears a physical resemblance to a young Alexander Siddig, is likable and it doesn’t take long for him to get us rooting for Sami. He’s a little awkward in some of the more comedic scenes but more than makes up for it in the dramatic ones. I wasn’t as sold on Rizwan Manji, who tries too hard to make Babu into a lovable buffoon. It's welcome to see Jon Heder playing someone “normal” and not in any way similar to his signature role of Napoleon Dynamite.

As a feel good dramatic comedy, The Tiger Hunter hits most of the right notes while only sounding a few sour ones. At times it feels a little amateurish, especially in terms of its comedy, but there’s also a deep-rooted sense of sincerity.