With a studio as prolific as Blumhouse, whose mission is to prioritize profit over quality, there are bound to be occasional duds. To date, however, nothing with producer John Blum’s name attached has been quite as creatively bankrupt as Truth or Dare, a godawful teen-magnet utterly devoid of entertainment value beyond the lure of its popular, photogenic cast and the dubious attraction of playing the “guess who gets it next” game.  The little bit of cleverness that ends the film comes far too late to save this movie.

Truth or Dare scores with the perfect trifecta of incompetent writing, bad acting, and indifferent directing. Unable to elicit even an occasional shock with its predictable roster of poorly-executed jump-scares (all of which rely almost entirely on the musical stinger), the film fails to make it over the low bar set for the PG-13 variant of the genre. (Note: the level of sex argues that this may have at one time been envisioned as an R-rated product.) The most “frightening” aspect of the movie, characters’ faces twisted to resemble The Joker (or Willem Dafoe), is more laughable than freaky. And it doesn’t help that none of the characters, not even plucky heroine Olivia, can claim development or multi-dimensionality. They exist so there can be a respectable body count. 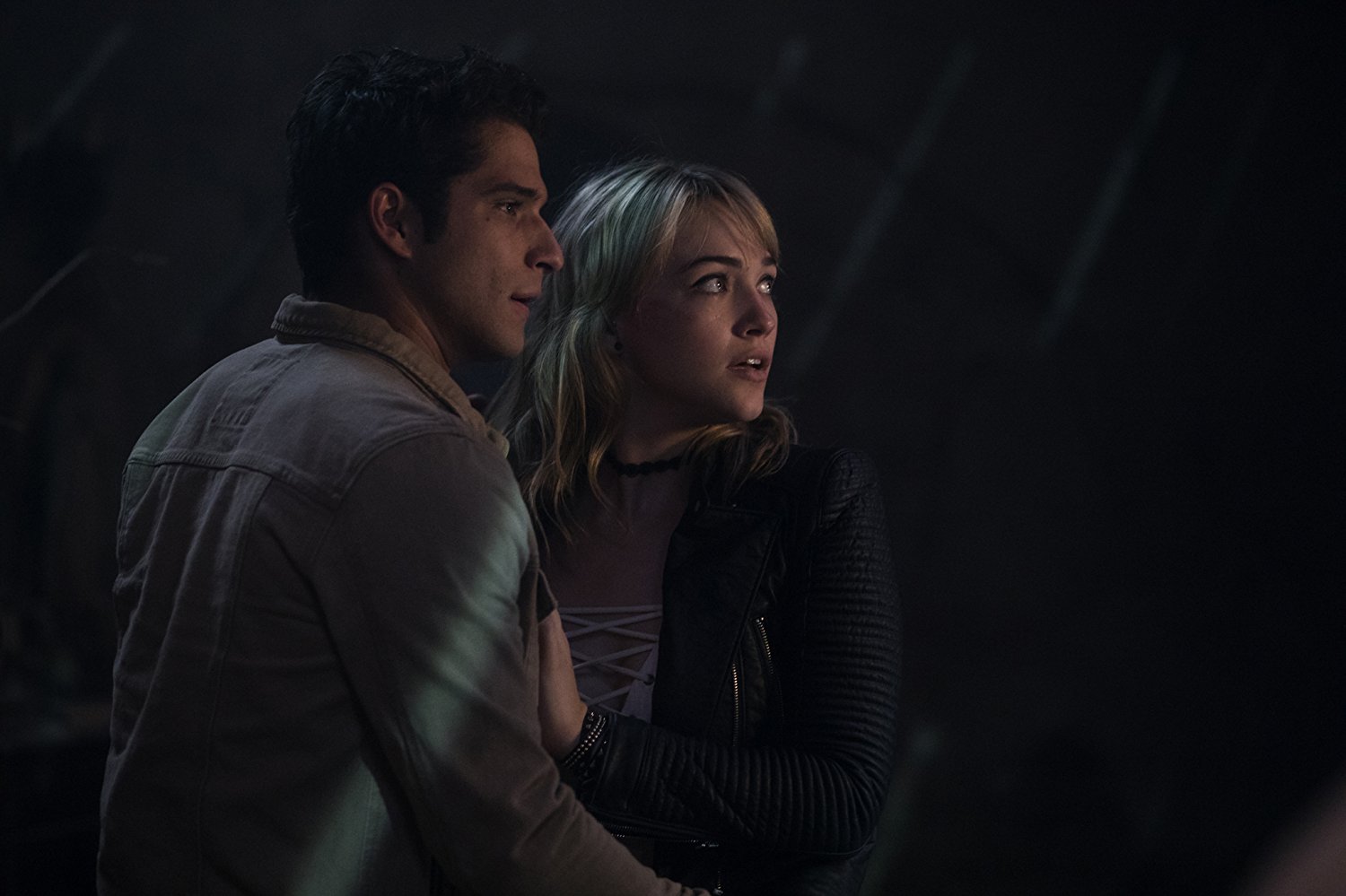 The premise cribs from the Final Destination franchise with its sense of inevitability. As difficult as it may be to believe, however, that series, which exhausted its limited promise in the first film, was a beacon of creativity compared to Truth or Dare. Maybe this movie would have been better if the PG-13 handcuffs had been removed. Or if the actors had been able to utter a line of dialogue with conviction. Or if the dialogue had been worth uttering with conviction. Who knows? Who really cares?

The nonsensical premise takes a group of high school seniors (played by actors who range in age from 21 to 32) on a Spring Break trip to Mexico where drinking and dancing leads to an ill-advised game of Truth or Dare conducted in an old monastery. An uninvited demon crashes the game and, when the friends return home, they find that the game has traveled with them. Now, they’re haunted by text messages and visions that demand they continue to play. The rules are simple: refuse to tell the truth and die, refused to do the dare and die, refuse to play the game and die. The “truths” are, of course, deeply personal. The “dares” are life-threatening or painful. And, as an added twist, there’s a limit to the number of “truths” that can be chosen before a “dare” is forced on a player. There should be some kind of award for viewers who correctly pick the order in which the characters die. 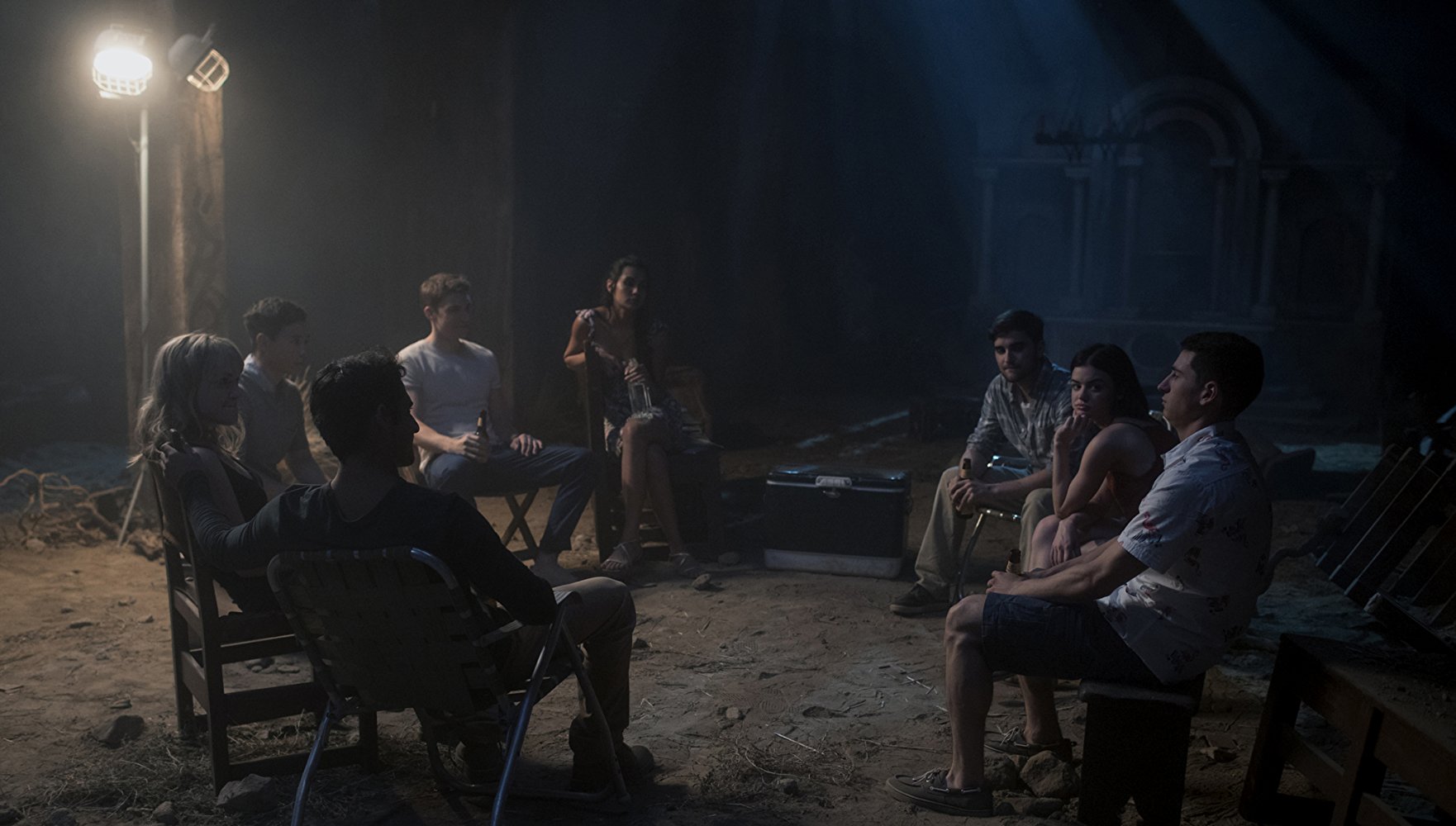 Since John Blum rarely works with seasoned (i.e., “expensive”) actors, the cast has been cherry-picked from TV. As such, while adults over 25 may not recognize a singe performer in Truth or Dare, many of the stars will be familiar to the younger viewers populating the target demographic. Lucy Hale, with the largest role as do-gooder Olivia, has the most impressive resume, primarily due to her involvement in the series “Pretty Little Liars.” For someone with as many credits as she has, her performance is shockingly bad. Still, it’s better than that of either of her co-stars, Tyler “Teen Wolf” Posey (who plays Lucas) and Violett Beane (as Markie, the blond with daddy issues). There are other people in the movie but they leave such a minimal impression that they’re not worth mentioning.

The sad truth about this film is that, even as bad as it is, it’s guaranteed to make a profit. With rock-bottom production costs, the marketing campaign alone will bilk enough teenagers out of their hard-earned cash to allow Universal to pocket a nice chunk of change. The premise, a reasonably well-made trailer (far better made than the actual movie), and a hunger for PG-13 horror will combine to elevate the film’s profile and obscure any negativity that arises in the critical community. For inattentive viewers, it can be argued that Truth or Dare delivers; you can watch in a state of perpetual distraction and not miss anything while maintaining the illusion that you were scared. For anyone who cares about the things that make horror worthwhile (and which another current film, A Quiet Place, provides a primer on), Truth or Dare isn’t just a misfire, it’s a travesty.