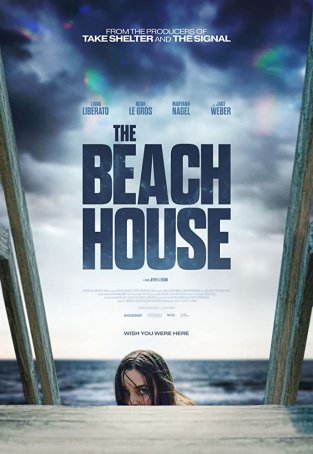 Timeliness can be important in a film’s release, but it’s rarely all-important. Consider The Beach House, for example. Here’s a movie about people trapped in a shelter-in-place situation by an unknown contagion that has infiltrated the air and the water. The film, made more than a year before anyone had heard the term “COVID-19” would seem to be perfectly placed to make its way to AMC’s streaming service Shudder in the middle of the pandemic. However, this is a case of the premise being more promising than the result. The Beach House is a middling horror film with aspirations of recalling The Fog or The Mist but lacking the screenplay to come close to either.

Director Jeffrey A. Brown shows skill in setting up unsettling situations and creating atmosphere with a an obviously limited budget. Some of his chicanery recalls the craftiness of John Carpenter when making his early films (like Halloween) with limited funds. The big difference is that when Carpenter the director made movies based on screenplays credited to Carpenter the writer, he was starting with a strong foundation. Brown the director may have capabilities but his downfall is that Brown the writer needs polishing. The screenplay for The Beach House feels unfinished. The characters are generic and uninteresting and that neuters tension and suspense. Plus, the movie at times seems confused about what’s really going on (Alien invasion? Something from the deep sea?) and the final, ambiguous scene makes the whole thing somewhat frustrating.

The movie’s star is Liana Libereto, an up-and-coming indie actress who has recently appeared in offbeat films like To the Stars and Banana Split. She’s easily the best of the four performers with significant roles in The Beach House. She’s paired with Noah Le Gros, who has a problem emoting and whose chemistry with Libereto is nonexistent. His character of Randall is annoying from the first time we meet him and we never warm up to him. Horror movies always have a body count and many viewers will be hoping that he goes first. The two older actors are veteran Jake Weber and newcomer Maryann Nagel. 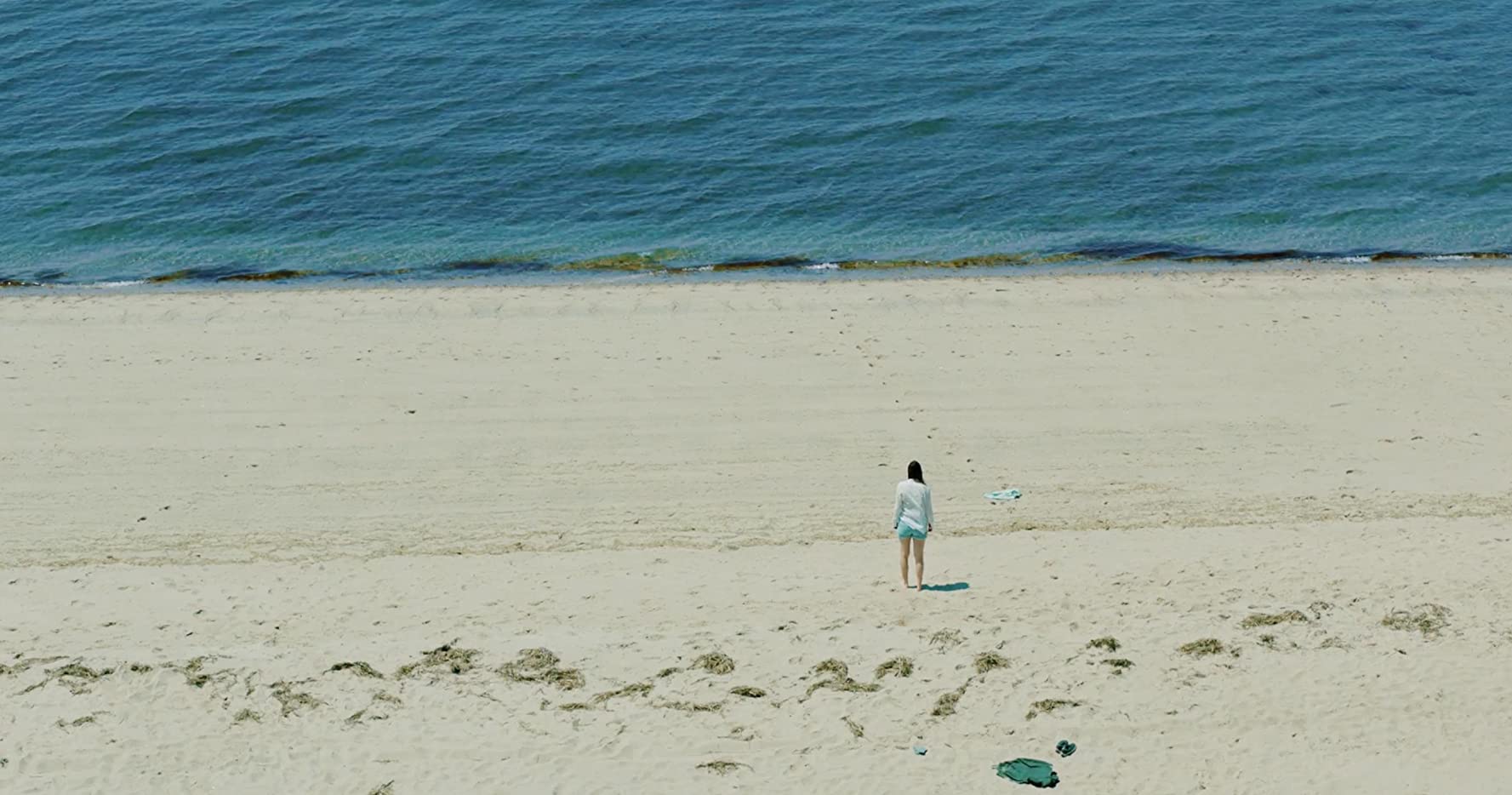 The setup brings Randall and his girlfriend Emily (Libereto) to a Massachusetts beach house for a vacation that’s designed to repair a relationship suffering under the strain of diverging aspirations. He has dropped out of school and believes that his best option for the future is to bum around the house (which his father owns) and live the life of a professional slacker. Emily, on the other hand, intends to have a career in Astrobiology and to achieve that, she plans to finish her undergrad degree in chemistry and move on to graduate school. She’s less than thrilled with Randall’s suggestion that she take some time off from school to join him in his journey of self-discovery.

Shortly after arriving at the beach house, Emily and Randall are surprised to learn that the place is already occupied. Randall’s father has leant it Mitch (Weber) and Jane (Nagel), a pair of old friends. The two couples decide that the house is big enough for the four of them so they start things out with an awkward getting-to-know-you evening that ends with consuming marijuana-infused edibles. Meanwhile, there appears to be something in the water and an eerie fog has settled like a blanket over the seaside town. The next day, no one is feeling well and when Emily ventures out to the water’s edge, she gets a rude awakening – but that’s nothing compared to what awaits her back at the house when she returns for medical treatment.

The horror elements are workmanlike but not special. The movie doesn’t offer much in the way of scares (of the “jump” variety or any other) and, while the fog is moody, the screenplay fails to make use of it in a meaningful way. The lack of character definition limits our empathy for any of the protagonists, reducing this into an exercise of satisfying our curiosity of who (if anyone) survives and how they escape. As much as I wanted to like the movie because of its timeliness and the intriguing first ten minutes, it proved unable to pull me in and hold my attention. Visiting The Beach House leads to a decidedly unremarkable experience.