The endless summer, when one day bleeds into the next to stock a catalog of memories… For many families, the summer vacation, whether at a lake or a beach, is an annual ritual – occasionally hated at the time yet looked on with fondness the further it disappears into the past. Measure of a Man, the sophomore feature effort from British director Jim Loach (the son of the famed filmmaker Ken Loach), effectively captures this difficult-to-pin-down feeling with a largely unsentimental coming-of-age story based on Robert Lipsyte’s novel, “One Fat Summer.” 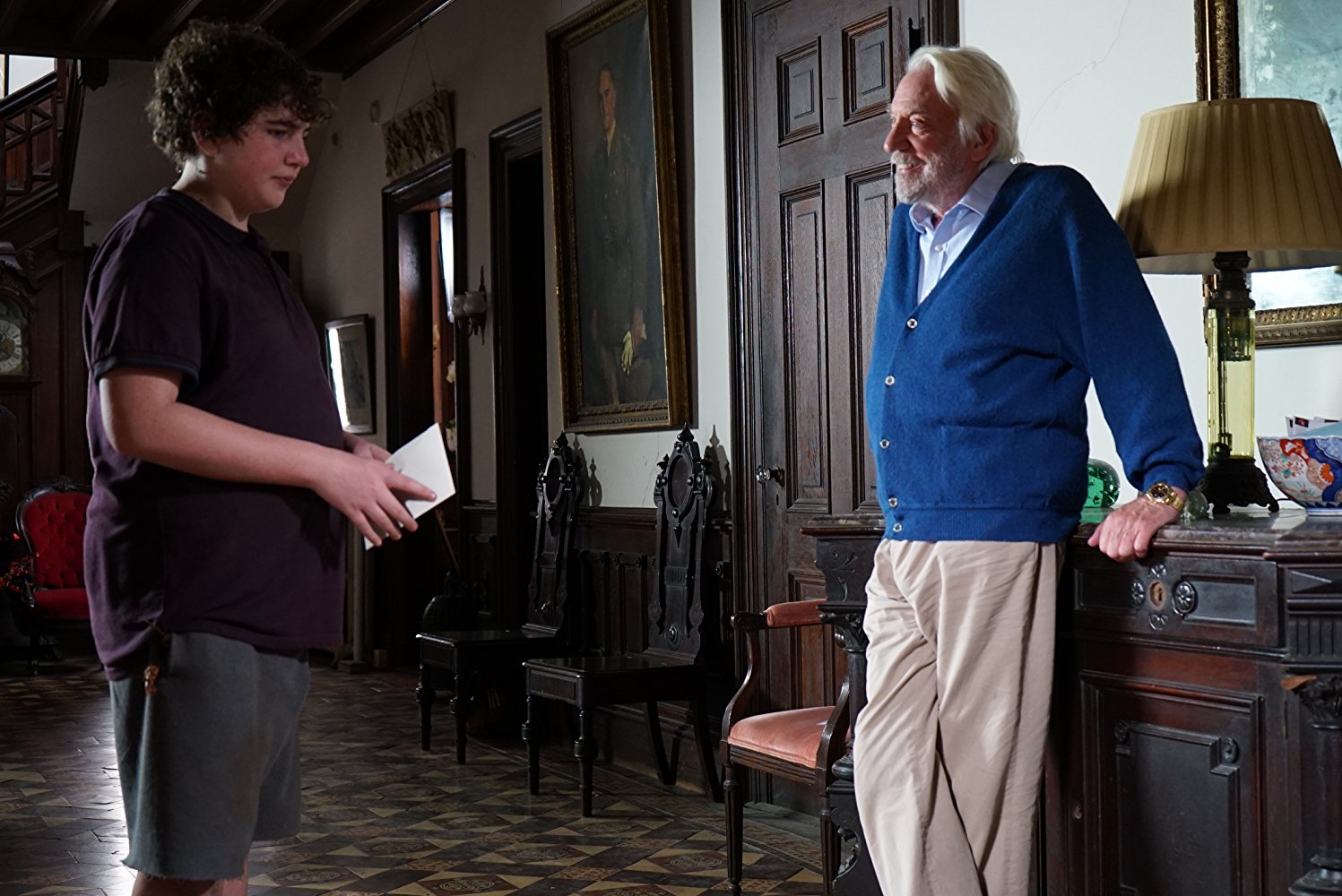 Not unlike Call Me by Your Name, Measure of a Man is presented as a series of snapshots fashioned into a collage by an evocation of time and place. Nothing that transpires could be considered unique but the commonality of experience is a strength. We can relate. The main character, Bobby Marks (Blake Cooper), is easy to identify with because he’s ordinary. The things he goes through during the summer of 1976 are typical of those endured by many boys his age. Bobby is 17. This is his last family summer vacation (although he doesn’t recognize that until late in the film) and we see him gradually shed the skin of his youth as he learns responsibility, confronts the threat of a bully (Beau Knapp), and learns that perhaps there’s something between him and his “not girlfriend” Joanie Williams (Danielle Rose Russell).

If you were alive in 1976, you probably remember the bicentennial celebration. With a limited budget and using (mostly) covers of ‘70s songs, Loach recreates the year. Bobby has traveled with his family to their summer house in upstate New York. It’s an annual ritual endured by Bobby and his sister, Michelle (Liana Liberato) but enjoyed by the parents, Lenore (Judy Greer) and Marty (Luke Wilson). This year is different, however. Marty is called back to the city on business and is therefore absent for most of the summer. Bobby’s best friend, Joanie, is also missing for a time. Michelle, having discovered boys in a big way, is spending every available moment with the handsome Pete (Luke Benward), while recruiting Bobby to cover for her absences. For his part, Bobby chooses to get a job rather than go to camp. He is hired by the dour, no-nonsense Dr. Kahn (Donald Sutherland); hard work becomes an instructive experience – but no less than the one resulting from bullying at the hands of a trio of local malcontents. Eventually, after being beaten and humiliated, Bobby has to decide what he wants: revenge or justice. As Dr. Kahn elucidates, those are two very different things. 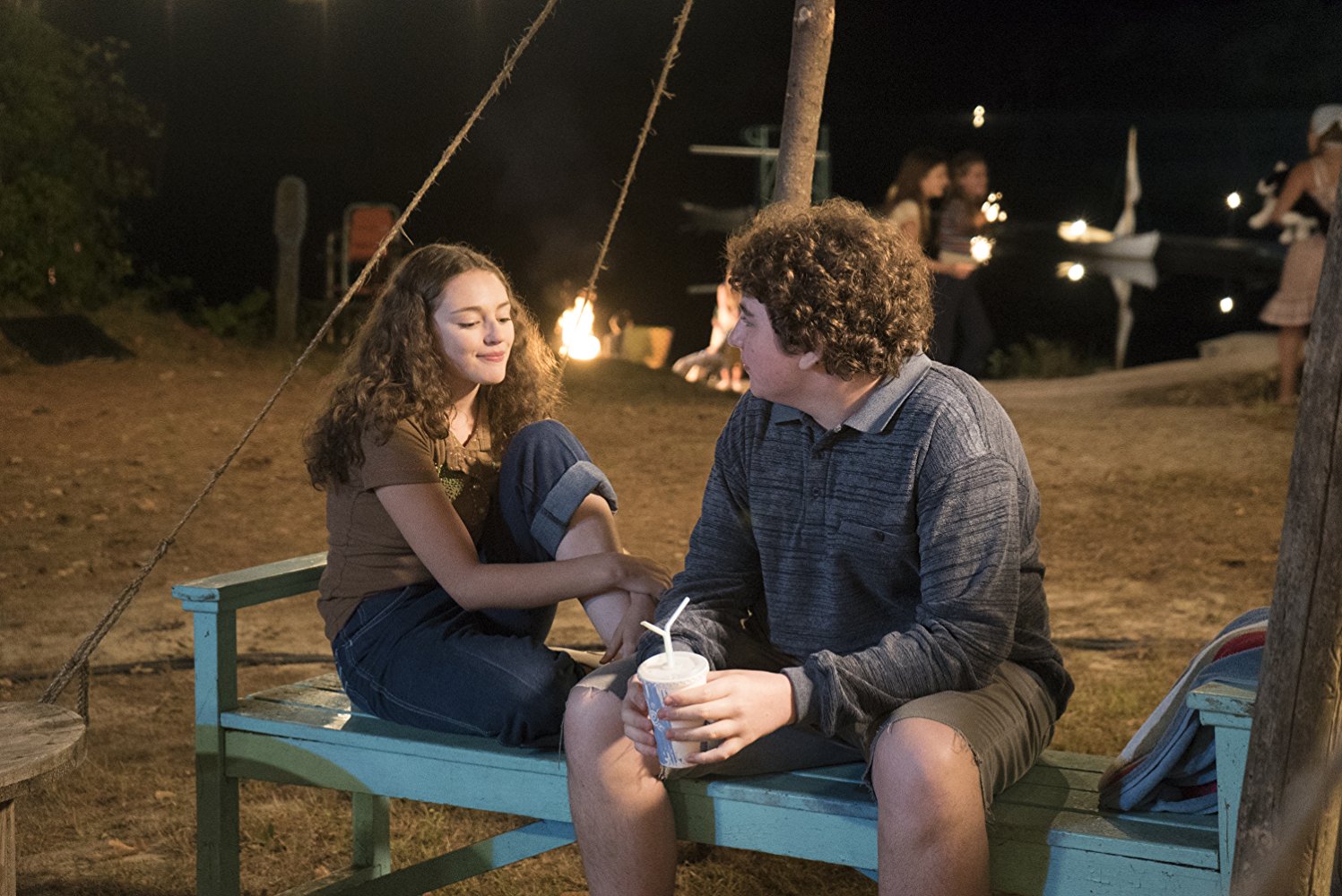 The movie stands on the shoulders of Blake Cooper (Chuck in The Maze Runner), whose performance as an awkward but likable high school kid is on-target. He is ably supported by well-known actors like Donald Sutherland, Judy Greer, and Luke Wilson. (Of the three, Wilson is the weakest, seeming less than fully committed in a small role.) Younger, up-and-coming performers Liana Liberato and Danielle Rose Russell leave strong impressions. Each of the secondary characters adds a facet to Bobby’s maturation. If the most important thing in any coming-of-age story is for the main character to evolve, Measure of a Man gets it right.

Although the film’s tone is one of gentle nostalgia, it doesn’t wallow in sentimentality and the bullying – harsh but not over-the-top – helps keep things grounded. Nevertheless, this is a less confrontational, more audience-friendly film than what we have come to expect from Loach’s father, Ken, who is known internationally as a firebrand defender of the working class. Although only Jim Loach’s second feature, he is a veteran of British television and shows a sure hand in recreating an era that, if not already lost, soon will be. Measure of a Man ends on a note that is equally upbeat and bittersweet. Like the film as a whole, it satisfies in small yet meaningful ways.