Ben is Back is one-half of an awards-worthy exploration of the impacts of addiction on the victim and his family and one-half of a muddled quasi-thriller that undercuts the power of the rest of the movie. This review will contain some limited spoilers in order to set up the film’s second act and explain why that portion of the narrative – and, by extension, the production as a whole – doesn’t work (or at least doesn’t work as well as it could have).

The opioid crisis has created an awareness of addiction that hasn’t existed in the past and this awareness has bled into movies. Two high profile year-end films have addressed this subject and, although both movies (this one and Beautiful Boy) have their faults, they take the matter seriously and avoid platitudes and clean, kumbaya endings. The scenario explored by Ben is Back starts out strongly but, with writer/director Peter Hedges unwilling to remain firmly rooted within the hard, mundane rhythms of a family drama, it loses focus and borders on the preposterous as it races toward an improbable climax. 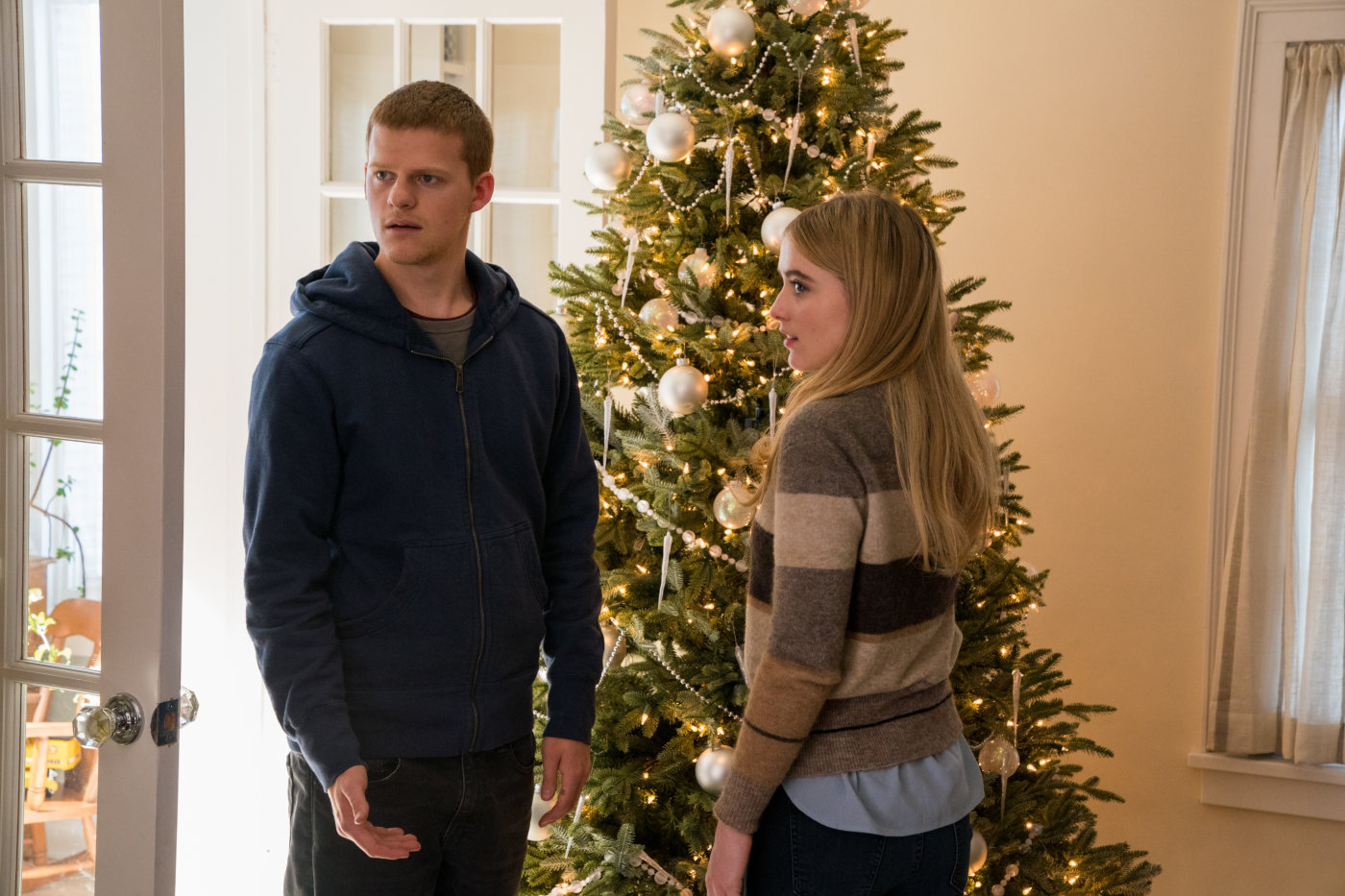 The movie is set on the day before Christmas. Ben Burns (Lucas Hedges), a 20-something drug addict, comes home for the holidays, leaving the facility where he has been rehabbing. Although he is supposedly only there for a short time, his mother, Holly (Julia Roberts), worries about triggers but comes up with a complicated plan that will allow him to remain at home for 24 hours. Her husband, Neal (Courtney B. Vance), is openly skeptical about Ben’s presence, remembering a disastrous Christmas past when things didn’t go well at all.

Peter Hedges creates a sense of mystery surrounding Ben that works to good effect, at least during the film’s first half. He’s an enigma and we glean only bits and pieces about his past. One thing is clear, however: his addiction led him to do some devastating things and there’s still a great deal of distrust about him. As a viewer, we’re not sure whether he is genuinely contrite and serious about his rehab or whether this is all part of a con to get money/drugs/whatever from his family. Hedges’ occasional sly grins, always hidden from the other characters, give us cause to doubt Ben’s faithfulness, but we’re never sure. That works to the movie’s benefit. Ben is Back loses its footing during the second half when the search for a missing dog (who disappears from the house during a break-in and may have been taken by one of Ben’s drug-dealing associates) takes on quasi-thriller characteristics. The carefully developed realism of the first act gives way to artificial dialogue between Ben and Holly and narrative developments that strain credulity. One gets the sense that Peter Hedges determined that some level of “action” was necessary lest the movie become too dull and introspective. By separating Ben and Holly from the rest of the family, however, many of the interesting relationships – such as the one between Ben and his sister, Ivy (Kathryn Newton), fall by the wayside. Much of the conversation between Holly and Ben feels like the product of a writer’s construction rather than things a mother and son might say to one another in this situation.

Whatever faults may be evident in Ben is Back, acting isn’t among them. Hedges gets an effective, low-key performance from his son, Lucas (although, combining this with his work in Manchester by the Sea and Boy Erased, he is in danger of becoming typecast). Julia Roberts, having transitioned comfortably into the “mother” portion of her career, shows all the characteristics of an unwitting enabler. Solid support is provided by Courtney B. Vance and Kathryn Newton, who does an excellent job with the conflicting emotions of a teenage girl who both loves and resents her older sibling.

Ben is Back is respectful of the problems associated with addiction and doesn’t downplay the difficulty of recovery or the desperation felt by too-eager family members in their attempts to “help” the victim. Unfortunately, by adding cumbersome elements to the narrative, it ultimately detracts from the core human story and causes the viewer to leave the film dissatisfied – not with the way the story ends but with the manner in which it arrives at that ending.