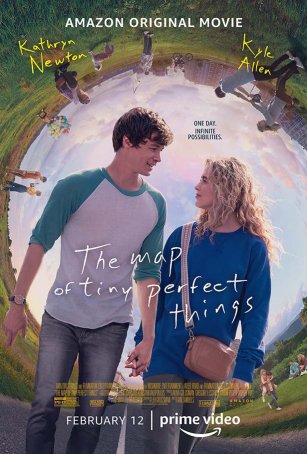 It took a while for Groundhog Day to start spawning knock-offs but, once it did, the déjà vu-inspired movies turned from a trickle to a torrent. There have been sci-fi variants (Edge of Tomorrow), Blumhouse horror fests (Happy Death Day), and attempts to traverse a serious route (Before I Fall). The Map of Tiny Perfect Things isn’t as ambitious as any of those films in terms of tweaking the basic formula. Even its lone “innovation,” that of having more than one person trapped in the bubble of repetition, was already done in last year’s Palm Springs. Still, the characters are likeable, the actors evidence chemistry, and the romantic comedy elements are assembled effectively. The Groundhog Day aspect provides flavor but doesn’t represent the reason to see the film.

Unlike the Bill Murray movie, The Map of Tiny Perfect Things doesn’t detail how the main character, late teen-ish Mark (Kyle Allen), gets trapped reliving the same day. He’s already been there for long enough to know every word and action expected from his sister (Cleo Fraser) and father (Josh Hamilton) at breakfast. His admittedly limited goal in life is to find the perfect way to flirt with a girl he likes and it’s while pursuing her that he inadvertently discovers he’s not the only one trapped in time’s amber. It takes a while, however, before he’s able to track down Margaret (Kathryn Newton) and get her to talk to him. 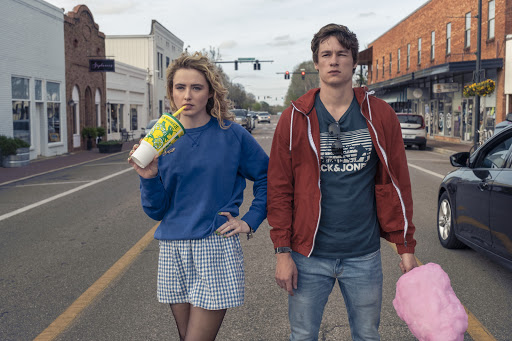 Boredom can be a wonderful catalyst and, by living the same day repeatedly, Mark and Margaret develop a deep friendship. They spend their hours scouring their town for “tiny perfect things” and they develop a map of them. Kyle believes that, once they have uncovered all of them, whatever power put them in the bubble will allow them to escape. He wants out. He wants to see what happens tomorrow. Margaret, however, isn’t as interested in the future. This – plus his increasing romantic interest in her (something she apparently doesn’t reciprocate) – leads to a split.

There’s little in The Map of Tiny Perfect Things that Groundhog Day didn’t do better although, when one considers the ages of the protagonists, it’s obvious that the new film is targeting a younger audience. Director Ian Samuels and screenwriter Lev Grossman (adapting from his own short story) are smart enough to recognize Groundhog Day explicitly (something that also occurred in Happy Death Day). (They also show off their nerd credentials by mentioning Doctor Who.) For the most part, however, The Map of Tiny Perfect Things is pure rom-com. One could make the same statement about Groundhog Day, where Bill Murray wooed Andie MacDowell, but that relationship was more about manipulation. In this case, the time bubble simply gives Mark and Margaret all the time in the world to fall in love. It focuses on them. 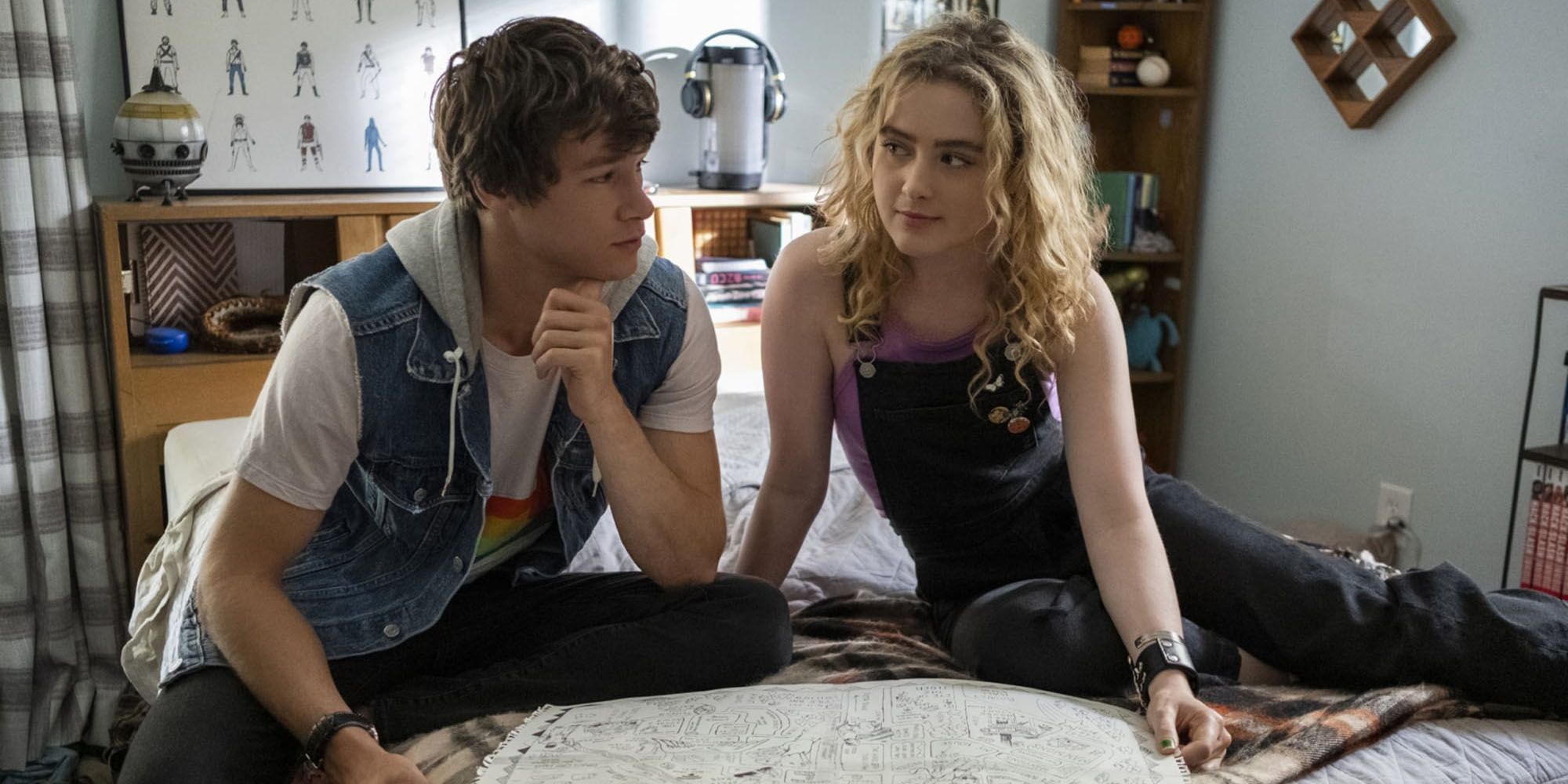 Romantic comedies can be like road trip movies in that the journey is often more enjoyable than the inevitable destination. It helps the fantasy when the actors relate to each other in a pleasant, believable fashion. In this case, Kyle Allen and Kathryn Newton interact with sufficient amity to hold our interest, although Newton shines more brightly than Allen. (She was the standout in 2020’s Blumhouse body-swap movie, Freaky.)

The film’s conclusion feels a little weak. It fulfills expectations but makes one wonder about the obvious question plaguing all of the Groundhog Day movies: what next? It would be interesting to see a sequel to one of these in which the characters are allowed to interact in a normal reality. As for the rest of The Map of Tiny Perfect Things, it uses the premise to good effect without overdoing the time bubble element or trying to overexplain the metaphysics of the situation. (Something that tripped up Palm Springs to an extent.)