You may have seen a trailer for The Current War a couple of years ago – that’s because, in its original incarnation, it was expected to reach theaters during the 2017 Oscar Season. One of the planned year-end releases of the now-defunct The Weinstein Company, The Current War was being “Harveyed” (a not-so-loving nickname given to the process whereby Harvey Weinstein chopped and diced acquired properties to make them “better”) when the scandal broke. The Current War became collateral damage. Finally, after being shown around and sold, the little-known 101 Studios is giving it a release. (The “Director’s Cut” subtitle is meant to indicate that this is the original version shown at the Toronto Film Festival, not the Harveyed edit, which has played in exactly zero theaters.) Any curiosity surrounding the film may have been misplaced – it’s a bit of a bore.

The title, The Current War, sounds more energetic than the movie is. A fictionalized account of the struggle between Thomas Edison (Benedict Cumberbatch) and George Westinghouse (Michael Shannon) for supremacy during the spread of electrical power during the 1890s, the subject matter is inherently non-cinematic and, regardless of how many swoops, tilts, and fast cuts director Alfonso Gomez-Rejon (Me and Earl and the Dying Girl) employs, his sense of visual flair never overcomes the underplayed drabness of the narrative.

Cumberbatch plays Edison as a shallower version of the character he essayed in The Imitation Game. His Edison is neither likable nor relatable, a stereotypical genius afflicted by hubris. The screenplay, credited to Michael Mitnick, takes considerable liberties with Edison’s personal life. One of his three children is deleted from the screenplay and there’s no mention of a second wife. Following the death of Mary Edison (Tuppence Middleton), he married a woman who would be with him until his death but she never makes an appearance. Edison’s rival, Westinghouse, is better served by the screenplay. Shannon is given stronger material to work with and, as a result, creates the semblance of a three-dimensional character. However, if the core of the movie is supposed to be the battle between these two, it’s hard not to be “rooting for” Westinghouse. 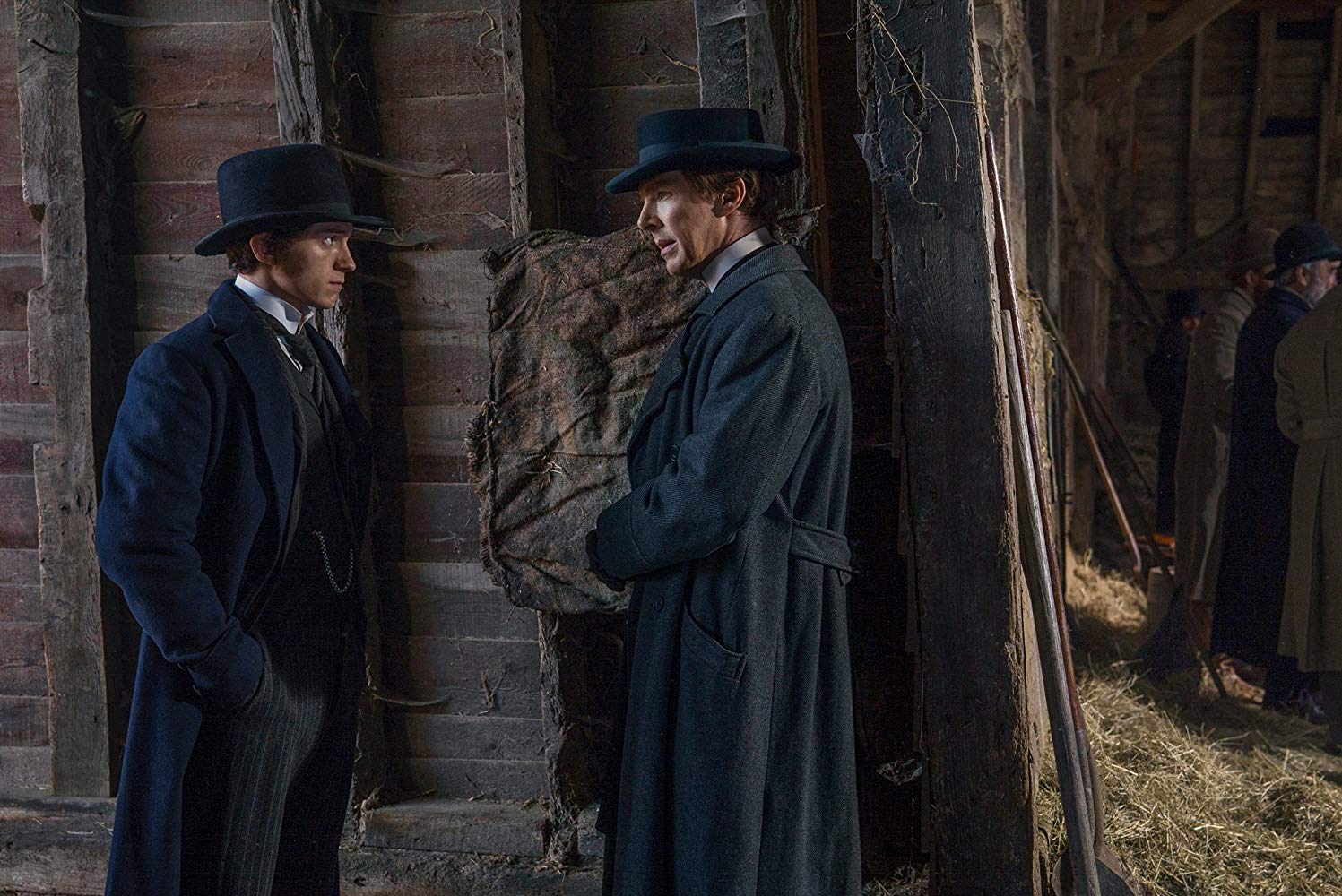 The problem is that the material is flat (even though it’s mostly accurate from an historical perspective) – and I say that as someone with a strong engineering background who would theoretically be “plugged into” this sort of story. The average viewer isn’t going to care about the differences between Westinghouse’s AC (alternating current) and Edison’s DC (direct current) or why the former is better for long-distance applications than the latter. Hints of small-town America (represented by Westinghouse) versus big cities (Edison) go undeveloped. There’s a lot of techno-speak and the characters tend to get lost in this morass from time-to-time. When Edison experiences a tragedy, it feels more like a footnote than an important moment. The screenplay spends an inordinate amount of time regarding the light bulb inventor’s involvement in the development of an electric chair for government-ordered executions. (It’s presented to him as a “more humane” means of capital punishment.) He also participates in a smear campaign against Westinghouse by intimating that AC can be lethal.

In addition to the main inventors, there are two intriguing secondary characters, neither of whom is effectively developed. Nicholas Hoult’s interpretation of brilliant scientist Nikola Tesla is suitably off-the-wall but the character is underutilized and poorly developed. (He starts work for Edison and, feeling underappreciated, defects to Westinghouse.) Tom Holland plays Edison’s protégé, Samuel Insull, who loses importance as the story moves on. Although Cumberbatch and Holland work well together, they would share better chemistry in the movie they made immediately after this one, Avengers: Infinity War.

One problem with The Current War is that the antagonists share the screen for only one unremarkable scene – they have a mostly civil discussion. No sparks, no vim and vigor – just talking. There’s also not much of a climax. The movie ends with one of the two getting a contract to light up the Chicago World’s Fair (The 1893 World's Columbian Exposition – the one with the H.H. Holmes murders); however, the actual event is underwhelming and passed over quickly, although only after Gomez-Rejon and cinematographer Chung-hoon Chung show off their camera skills.

Although The Current War transpires at a time when the advent of electrical power was changing nearly every aspect of American life, those impacts are either poorly portrayed on-screen or not presented at all. The period detail is fine but the movie is often little more interesting than a moving postcard from the era. I can’t say whether an engaging story could have been told about the AC/DC battle for dominance but it’s fair to have expected something more luminescent from this cast.