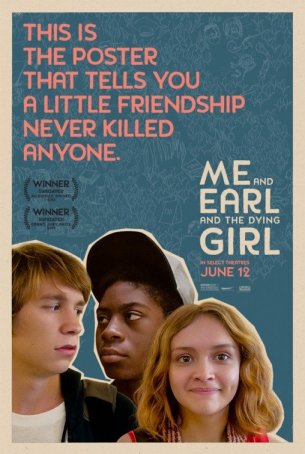 At first glance, one could assume this is just another "cancer romance", but such a glib description does Me and Earl and the Dying Girl a disservice. As brought to the screen by director Alfonso Romez-Rejon and writer Jesse Andrews (adapting his novel), the movie is affecting without being overly sentimental, humorous without being inappropriately comedic, and quirky without being self-indulgent. Although there might be an occasional misstep along the way, Me and Earl and the Dying Girl consistently hits the right notes, earning both the tears and smiles that result.

The story is told from the perspective of Greg Gaines (Thomas Mann), an unreliable narrator. Although Greg's voiceover provides information not otherwise available to the viewer, he is not to be trusted. It's hard to reconcile some of Greg's statements with the film's title and captions that remind us that it's "Day XX of a Doomed Friendship." Some of Greg's thoughts and imaginings make their way onto the screen by way of crude animated sequences that are at times a little too cute and arty, but that's a minor quibble. 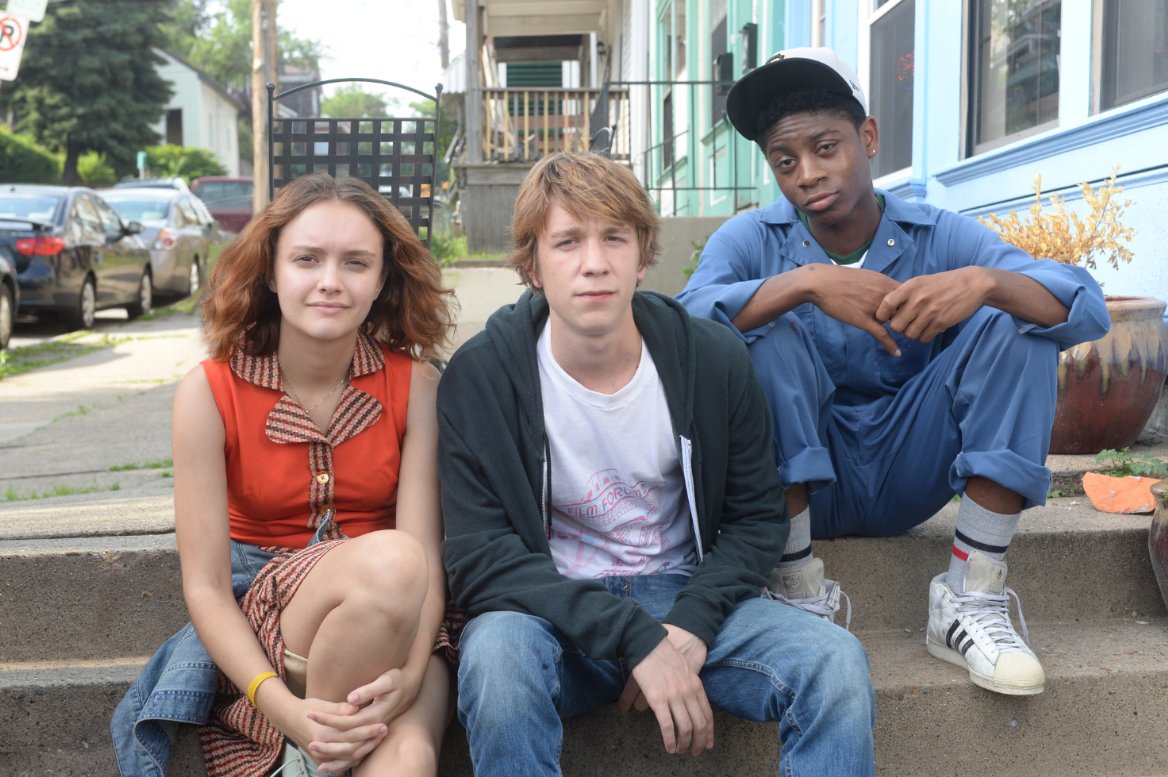 Greg is a socially awkward high school senior who is as ambivalent about the future as he is about the present. He has only one true friend - Earl (RJ Cyler), a boy he has known since grade school and with whom he makes bad home movies. He and Earl have assembled a large library of these projects, all of which are parodies of classics ("A Sockwork Orange" for "A Clockwork Orange", for example.) Greg's life is on a fast track to nowhere (he is studiously avoiding applying for college) when his mother's interference pushes him into the orbit of classmate and neighbor Rachel Kushner (Olivia Cooke), who has just been diagnosed with leukemia.

The relationship that develops between Greg and Rachel is beautifully handled by Romez-Rejon and Andrews. It's believable from awkward start to inevitable end. A non-sexual romance, the interaction  encompasses the complex issues associated with how young adults cope with impending death at an age when they typically think of themselves as immortal. Greg and Rachel love each other but they never say the word and don't even go so far as to kiss. Their bond is stronger than that of a traditional male/female platonic friendship - her mortality demands an emotional investment that few teenagers are ever forced to make.

The decision to go with low-profile actors rather than internationally recognized "names" works well. That's not to say that the cast of Me and Earl and the Dying Girl exists in obscurity but none of the performers comes burdened by the heavy baggage associated with stardom. Olivia Cooke is more believable than 90% of screen cancer patients. Thomas Mann has a less "showy" role but he's as good as Cooke when it comes to inhabiting a character. Greg reminds us that cancer claims victims other than those whose bodies it infiltrates. Mann isn't afraid to make Greg unlikeable when that's what an honest reading of the script requires. There are some recognizable actors in supporting roles.  Molly Shannon grasps the essence of Rachel's mother - a woman coping in her own way with the distressing tragedy of watching her only child slip away. Nick Offerman is a little too over-the-top as Greg's offbeat father - he's the only character in the film I never believed. 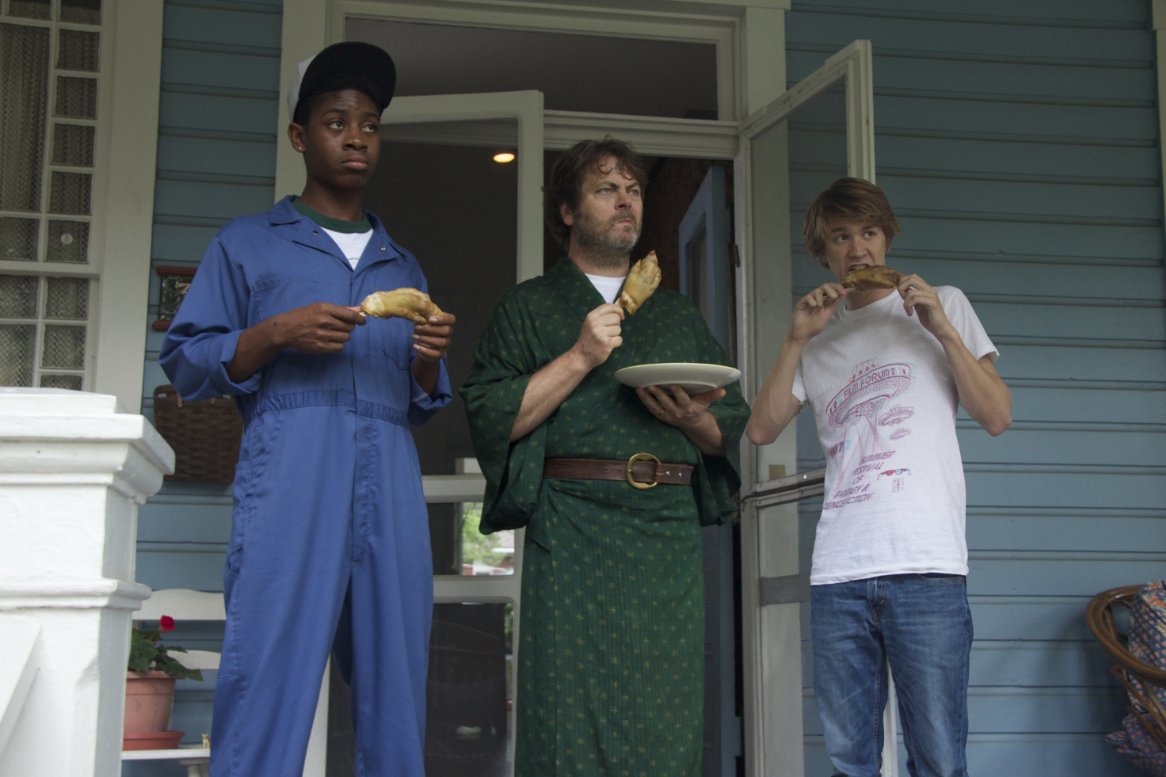 Me and Earl and the Dying Girl contains enough wit and understated comedy to offset the seriousness of the underlying story. The lighter tone never threatens to undermine the dramatic elements but it keeps the movie from becoming lugubrious. Despite having limited feature directorial experience, Romez-Rejon exhibits flawless command. The film is better grounded and less melodramatic than The Fault in Our Stars, another well constructed "cancer romance". Winner of both the Grand Jury Prize and Audience Award at the 2015 Sundance Film Festival, Me and Earl and the Dying Girl has the qualities necessary for a festival darling to thrive outside of the rarefied air in which it debuts. The movie deserves wide appreciation for the intelligence and understanding it brings to an emotionally difficult story and the way it allows the audience to appreciate the experience rather than feeling manipulated by it.