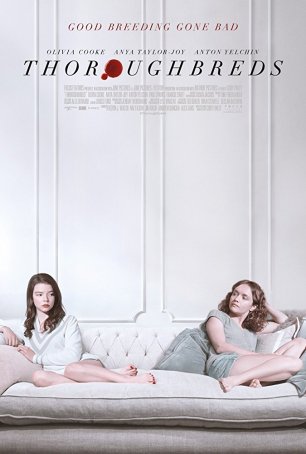 Thoroughbreds is a dark comedy/thriller that calls to mind a couple of films from the 1990s: the somewhat obscure Fun and Heavenly Creatures, a title that became a calling card for both director Peter Jackson and actress Kate Winslet. This new movie, written and directed by first-timer Cory Finley, anchors its narrative to the same premise: an unhealthy attachment between two outwardly normal teenage girls. Their amorality, coupled with a sense of entitlement and lack of empathy, leads to murderous thoughts and plans that could evolve into more than the idle daydreams of two bored young women. Although there are a few missteps, the movie boasts a deliciously dark tone that makes for compelling viewing. 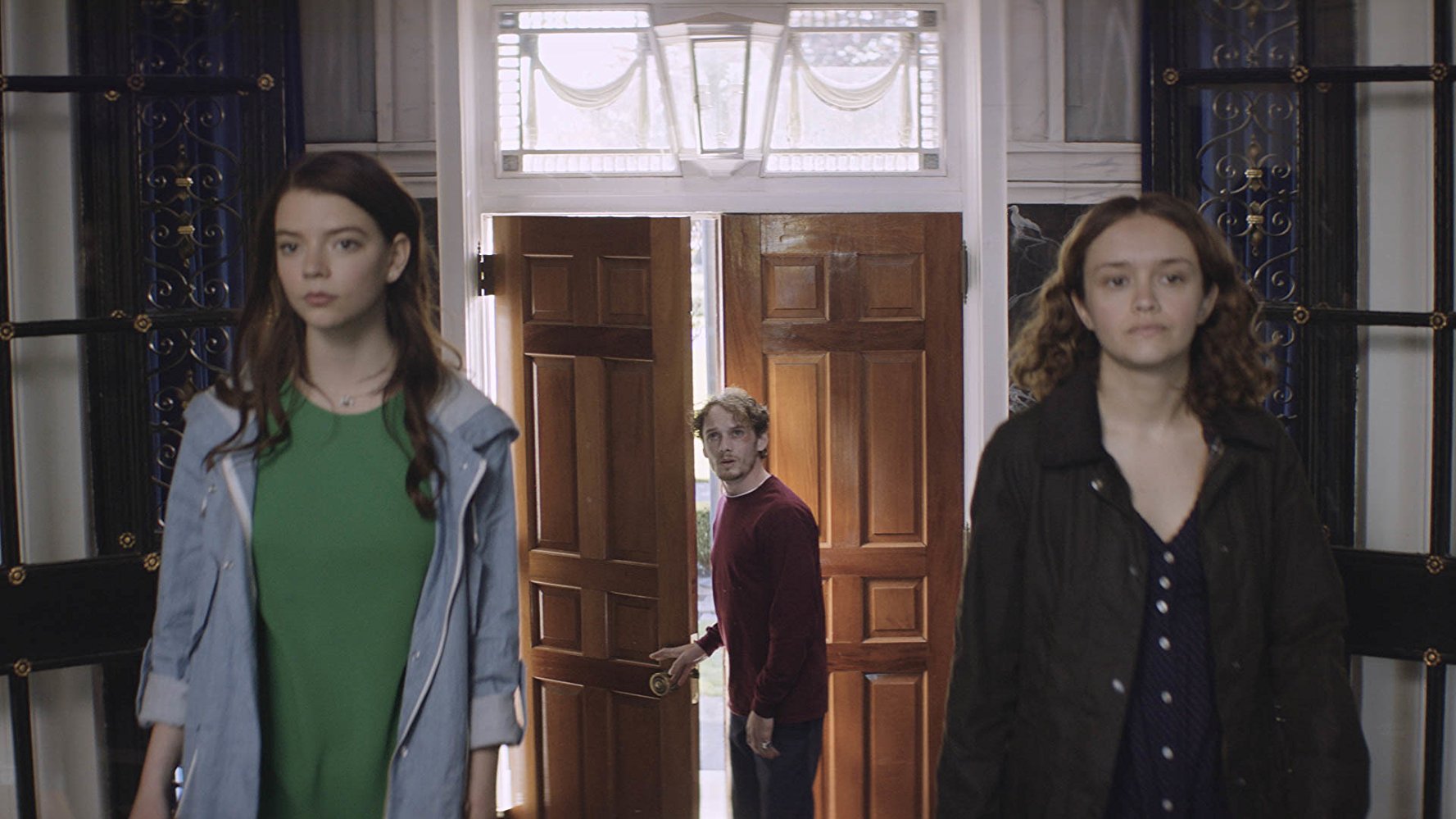 Finley isn’t afraid to experiment with unconventional blocking and angles. The opening scene is an example as the camera follows Amanda (Olivia Cooke) from an over-the-shoulder perspective as she explores the ground-floor level of the mansion where her one-time schoolmate and soon-to-be-tutor, Lily (Anya Taylor-Joy), lives. (Erik Friedlander’s unconventional, discordant score punctuates the visuals.) Like Amanda, we are strangers getting to know the locale where many key scenes will later transpire. Late in the film, a crucial sequence captured using a long take (with a slow zoom) relies more on sound than imagery to convey what’s happening. It’s an effective bit of restrained filmmaking that few directors would attempt in this era of show-me-everything.

We come to learn that Amanda is not a conventional girl. She claims to have no emotions – she can feel hunger and fatigue but not love or grief or joy. Her mother has paid Lily to keep Amanda company while tutoring her but the relationship between the two girls quickly becomes toxic. When Lily expresses her dislike of her rich, domineering step-father, Mark (Paul Sparks), Amanda calmly suggests murder as a solution to the problem. Although initially horrified by the notion, Lily begins to warm to it. Consideration begets action and the two girls hire a local loser drug dealer, Tim (Anton Yelchin in his final role), to commit the deed. But, with Tim not being an ideal hitman, things don’t go as planned. 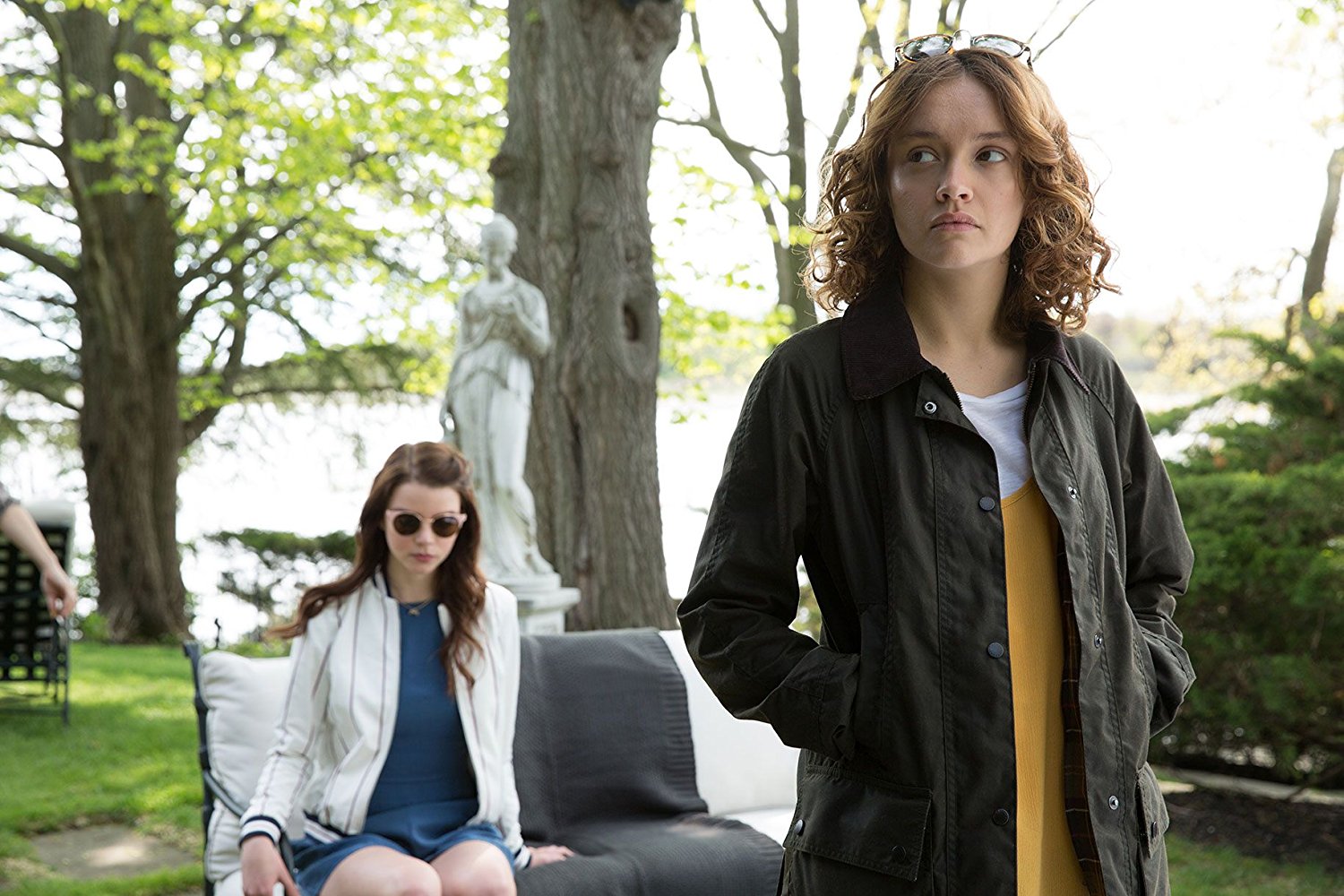 One of the film’s strengths is the interaction between Amanda and Lily. Both young actresses, Olivia Cooke (the dying girl Rachel in Me and Earl and the Dying Girl) and Anya Taylor-Joy (the accused daughter Thomasin in The Witch), give sterling performances and evince strong, albeit unusual, chemistry. Cooke conveys Amanda’s supposed lack of emotion with just enough ambiguity that we wonder, and Taylor-Joy gives the initially skittish Lily a creepy edge. The film’s strongest scenes are when these two are together, playing off one another. The sexual undercurrent is buried deep – far deeper than in either Fun or Heavenly Creatures – but it’s there for anyone who looks.

There are a couple of missteps. Amanda’s backstory, which involves a horse, is not well integrated into the overall tale. The ending, although shot in an interesting way, is anticlimactic and narratively disappointing. It works but the climax, in concert with the epilogue, left me feeling a little flat. Maybe it’s just that I would have enjoyed spending more than 90 minutes in the company of such damaged, psychologically fascinating characters.

Finley’s dark twist on the female coming-of-age story represents one of the more daring independent releases of the past few months and is worth seeing as much for its subdued thriller aspects as for its warped sense of humor, which permeates the character building and dialogue. The ending may feel abrupt but problems with the final scenes don’t diminish the pleasures to be had from all that precedes them.