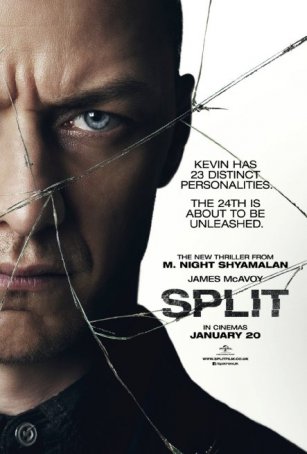 Unimaginative horror movies are a dime a dozen, but overlong, boring, unimaginative horror movies? Those are rare. However, in Split, that’s what writer/director M. Night Shyamalan has provided the early 2017 movie-going populace. Since his success with films like The Sixth Sense and Unbreakable, Shyamalan’s once-hot career has been on a downward trajectory and it’s unclear whether or not he’s hit bottom yet. Split is among his worst films. It’s also his longest and arguably his most disappointing. The narrative is choppy, the tension is less pervasive than it should be, and there’s no ending. Instead of telling a complete story, Split brings us to a stopping point where little has been resolved before dangling the possibility of a sequel (tying it into a larger “Shyamalan Universe”). It’s unsatisfying and feels like a cheat for anyone who bought a ticket expecting to see a whole film rather than just Part One of a proposed series.

Split opens with the abduction of three teenagers following a birthday party. Two of them, Claire (Haley Lu Richardson) and Marcia (Jessica Sula), are popular girls. The third, Casey (Anya Taylor-Joy), is an outsider. Their kidnapper is an odd and frightening man (James McAvoy) who, as we soon learn, suffers from a severe case of split personality disorder with 23 distinct personas emerging. During the course of the film, we meet a few of them, including the dominant Dennis, the feminine Patricia, and the childish Hedwig. They refer to the coming of “the Beast”; Dennis claims the three girls have been captured to “feed” him. Psychiatrist Dr. Karen Fletcher (Betty Buckley) surmises that “the Beast” is either a previously unrecognized personality or a fantasy. 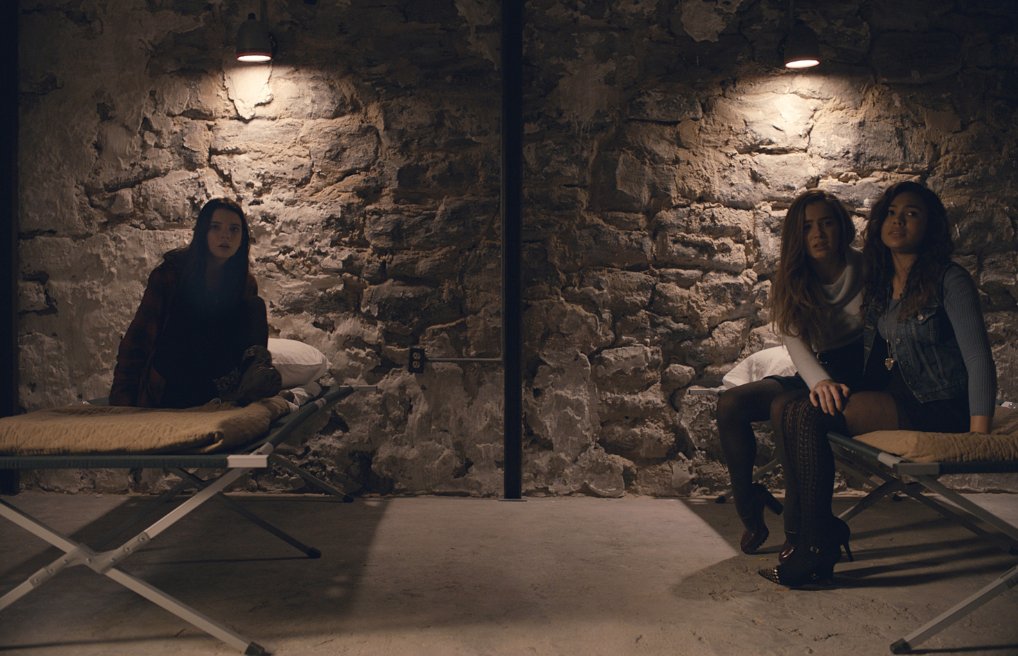 A good portion of Split focuses on the girls’ inept escape attempts. They do all the things one would expect in a horror movie of this sort, including finding structural weaknesses they can exploit, using coat hangers to try to trip door locks, and trying to outsmart their deranged captor. To his credit, Shyamalan limits the gore and keeps the body count low. The PG-13 rating has something to do with this (it also explains why the girls only strip down to their underwear when it’s stated that Dennis likes to watch women dance naked) but Split is designed more as a psychological thriller than a slasher film. Unfortunately, there’s too little genuine tension for the movie to really work. One scene that attempts to use camerawork, music, and point-of-view to build suspense fails to do more than slightly elevate the pulse. Shyamalan should have studied John Carpenter’s Halloween for inspiration about how to accomplish this sort of thing.

Numerous scenes featuring “sessions” between Dr. Fletcher and Dennis (who is masquerading as Barry, a more “reasonable” personality) serve as exposition dumps. These sequences, although advancing the storyline by providing background, are momentum-killers. They take our attention away from the captives who are so thinly-drawn that two of the three resemble attractive cardboard cut-outs. The third, Casey, is given a semblance of multidimensionality via a series of flashbacks. 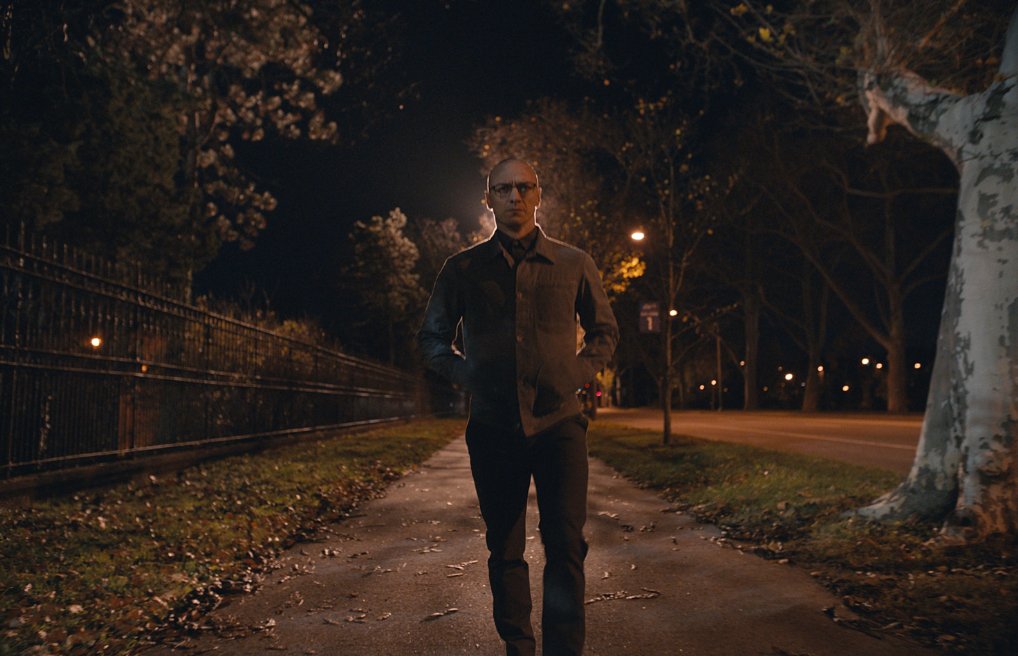 Split is riddled with horror movie clichés, the most obvious being that characters often react illogically because their idiocy is the only way the story can move forward. When it comes to atmosphere, Shyamalan stumbles. There are a lot of strange underground corridors but they are lit too brightly and, as a result, are more garish than spooky. The film as a whole is like that - the elements seem to be in place for a serviceable horror/thriller but the director constantly missteps.

When it comes to acting, James McAvoy understandably takes center stage with his deliciously over-the-top representation of about a dozen personalities. McAvoy delights in chewing on the scenery; his performance is without any attempt at subtlety or realism. He goes all-out with a gusto that at times almost makes Split watchable. Unfortunately, he isn’t matched by any of his co-stars. Anya Taylor-Joy gives a sullen, one-note portrayal. Betty Buckley is a walking horror movie stereotype. And the two other women, Haley Lu Richardson and Jessica Sula, are forgettable.

Shyamalan has established his career on third-act surprises and many of his better movies have been characterized by these. It’s therefore a little disappointing that Split fails to offer even a modest twist that would take things in a fresh or interesting direction. The director provides an unexpected throw-away moment (featuring a cameo) in an epilogue but all this does is muddy the waters by setting up a sequel that would merge the milieu of Split with that of an earlier (and better) Shyamalan film. If that movie ever gets made, perhaps it will improve how audiences look at Split but, as a stand-alone, this is a sad, tired, and un-scary venture into tediousness.