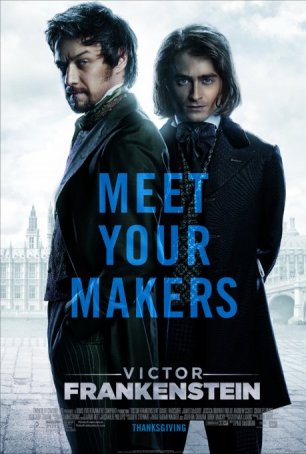 It’s amazing that, two years in a row, a movie with the name “Frankenstein” in the title will claim a spot of dishonor on my “Turkeys of the Year” list. In many ways, 2015’s Victor Frankenstein is an even worse movie than 2014’s I, Frankenstein. The latter, at least, could claim an interesting (if wasted) premise.  The former can’t make a similar assertion - there’s nothing in Victor Frankenstein that’s intriguing, clever, or remotely compelling. To avoid the accusation that it’s an unnecessary remake of an oft-told story, screenwriter Max Landis has reduced Mary Shelly’s cautionary tale to a bad comic book, bereft of soul and intelligence. In the place of poignant existential questions, he inserts badly conceived, over-the-top action sequences, a lame romance, and various other elements that seem bizarrely out-of-place.

Although the movie is called “Victor Frankenstein”, it’s told from the perspective of his friend/assistant, Igor. Curiously, there is no Igor in either Shelly’s novel or the best-known film interpretation, James Whale’s 1931 classic. In the book, Frankenstein had no lab assistant. In the Karloff feature, the hunchback was named “Fritz.” Igor is most commonly associated with a caricature (Marty Feldman in Young Frankenstein). However, since Victor Frankenstein deviates in so many other ways from the “source” material, the inclusion of and focus upon this character shouldn’t be a surprise. 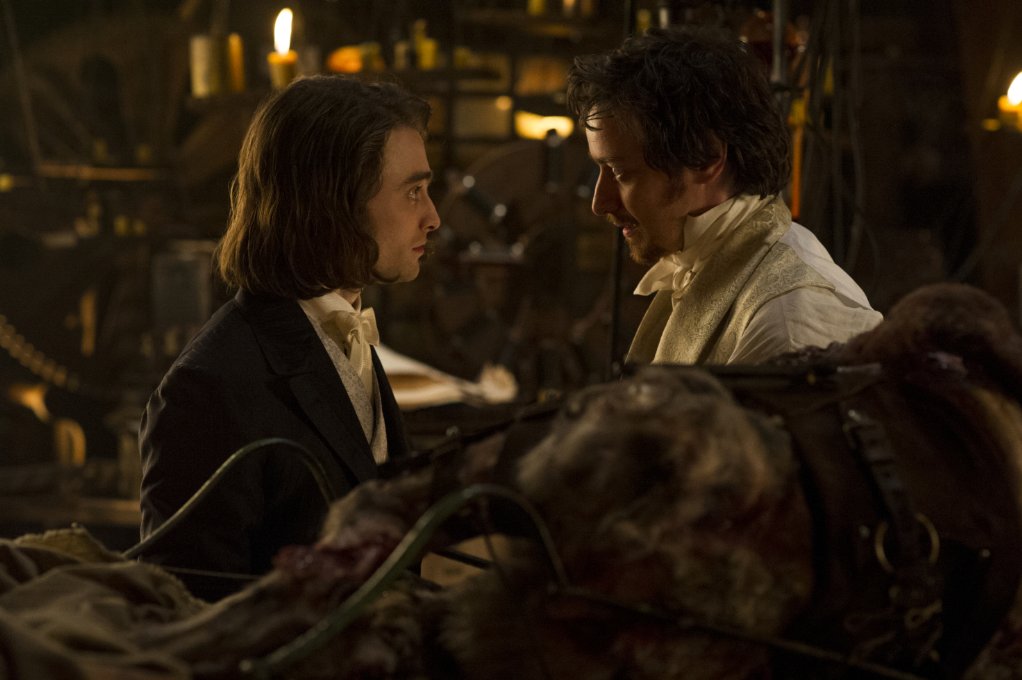 The primary theme of Frankenstein - about the consequences of man playing God - is evident in an infantile form throughout Victor Frankenstein, although it never gains resonance because the creature fails to go through any evolution. So, although there are passages of dialogue in which characters argue about whether Victor’s ideas about life and death are sacrilegious, there’s no lasting personal cost to him. His creation, a tragic figure in Shelly’s novel, has been reduced to a generic movie monster. For fans of the base story in any of its faithful iterations, the animation of the brute and its subsequent grappling with existence form the “meat” of Frankenstein. These things are woefully underrepresented in Victor Frankenstein.

The movie has filled the leads with recognizable actors. James McAvoy, the versatile thespian who gained mainstream recognition after taking on the role of Professor X in X-Men: Origins, is a good fit for the title character. His borderline-campy performance is in keeping with the uneven tone employed by director Paul McGuigan. McAvoy does his share of shouting and leaping around and pays homage to both Gene Wilder and Colin Clive. However, Daniel Radcliff (a.k.a. Harry Potter), who pays Igor, appears to be in a different movie. His portrayal is contained and low-key. It doesn’t work for this material and makes his scenes with McAvoy, which are numerous, seem out-of-synch. 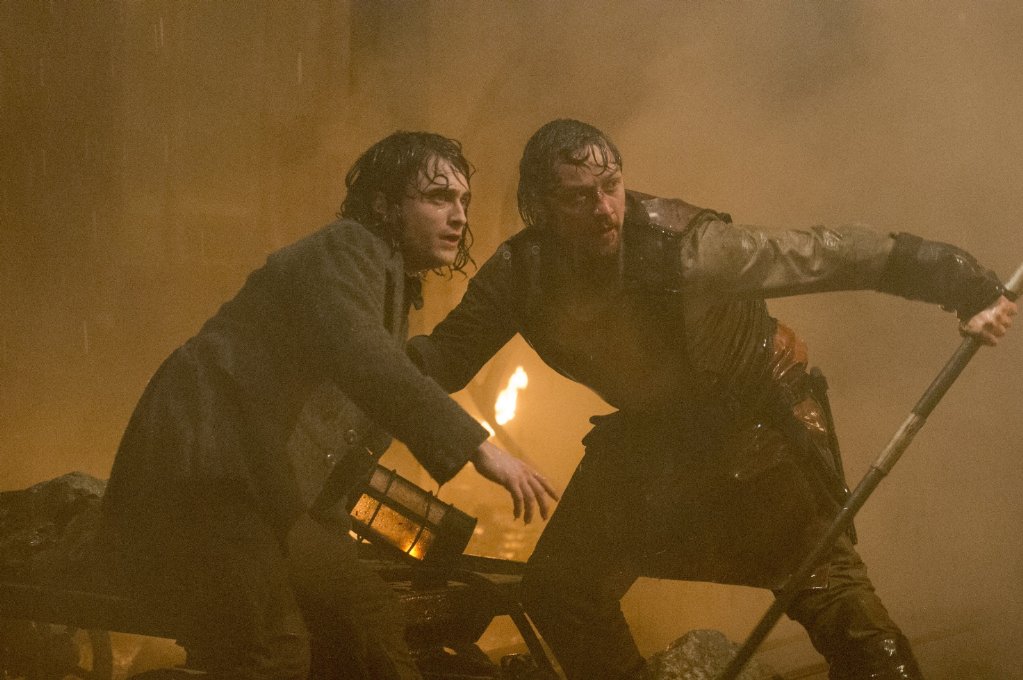 It’s fair to ask why Victor Frankenstein, like the creature, was brought into existence. I’m sure the answer would be that Landis and McGuigan expressed interest in approaching a familiar story from a different vantage point. However, they have changed things so much - deleting perhaps as much as 80% of the original tale - that what’s left is a shambles. With its generic action scenes, lifeless romance, instances of horror-comedy, and indecision about whether to be dramatic or comedic in tone, the film is a mash-mash of genres. The only thing about Victor Frankenstein worthy of praise is the set design. Visually, the movie is impressive but pretty pictures are better left to postcards.

The images of a lovingly crafted Victorian London combined with the madcap energy of McAvoy’s performance are sufficient to keep Victor Frankenstein from scraping the absolute bottom of the barrel but this still ranks as one of the worst big-budget offenses of 2015. It’s stale, ugly, and inept. It substitutes overblown special effects and dumbed-down ideas for atmosphere and tragedy. My argument against Victor Frankenstein isn’t that it tries to put a new spin on the legend but it does such an awful job accomplishing that goal.