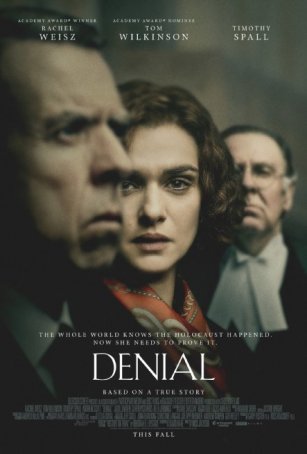 It’s strangely refreshing to watch a courtroom drama where theatricality doesn’t trump meticulous examination and cross-examination. Most movies about law & order, regardless of the factual basis (or lack thereof) of their source material, eventually descend into melodrama (with a grand speech thrown in to end with a flourish). Although there’s a certain appeal to this approach, it makes the rigorous, less over-the-top narrative of Denial feel not only more credible but more appropriate to the incendiary subject matter.

On September 5, 1996, British “historian” and noted Holocaust denier David Irving (Timothy Spall) filed a libel suit in U.K. courts charging that American university professor Deborah Lipstadt (Rachel Weisz) did irreparable damage to his reputation in her book Denying the Holocaust, in which she called him a bigot and a falsifier (amongst other things). Instead of agreeing to a settlement with Irving, which would have made the incident go away, she decided to fight him. To that end, she enlisted the aid of solicitor Anthony Julius (Andrew Scott) and barrister Richard Rampton (Tom Wilkinson). Irving, seizing upon an opportunity for maximum publicity and exposure, elected to represent himself, thereby setting up what he called a “real David vs. Goliath” conflict. 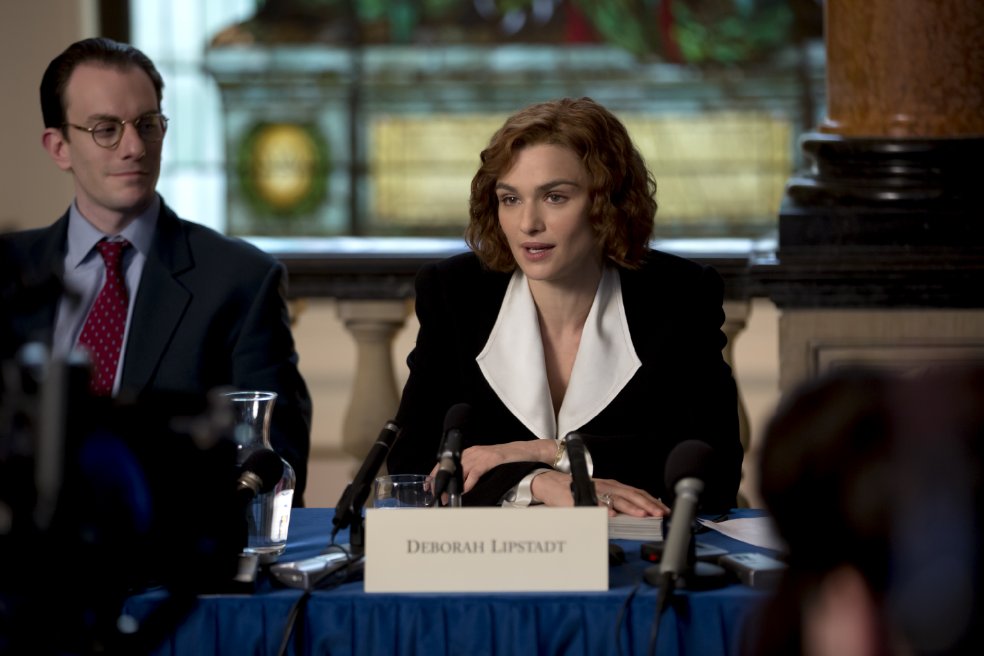 Although Deborah would have preferred to take the stand herself and use survivors as witnesses, Julius and Rampton strongly advised against this. Their strategy was to make Irving, not the Holocaust, the center of the trial and to prove that Irving was a bad historian whose anti-Semitism informed his writings. Allowing Deborah to speak would open up the opportunity for Irving to go head-to-head with her. In addition, they feared that he would be cruel and merciless to Holocaust survivors, hammering home any inconsistencies in their stories and thereby doing damage to the case.

After a lengthy setup which depicts the first encounter between Irving and Deborah, shows her meetings with her British legal team, and includes a visit to Auschwitz, the film moves to the court scenes which comprise the bulk of the second half. These are riveting in large part because of their verisimilitude; the court record was used extensively in developing the screenplay. They illustrate in detail how Rampton was able to tear apart not only Irving’s Holocaust denial but portray him as a failed and petty scholar whose interest in history wasn’t to present an unvarnished portrait of what happened but to whitewash Hitler’s reputation. To do so, he lied about translations and relied on disproven sources.

Denial doesn’t trade in disturbing images. It doesn’t dwell on the infamous black-and-white photographs that have cemented the human toll of The Final Solution into the historical record. However, the film includes a sequence in which the principals visit the best-known of the concentration camps. For the scenes in Auschwitz, director Mick Jackson adopts a stark approach to match the solemnity of the occasion. Simple shots executed on a cold and wintry day show the skeletal remains of the place where some of Hitler’s most horrific work was done. When the camera captures a seemingly limitless array of personal effects, no commentary is needed to amplify the moment’s power. 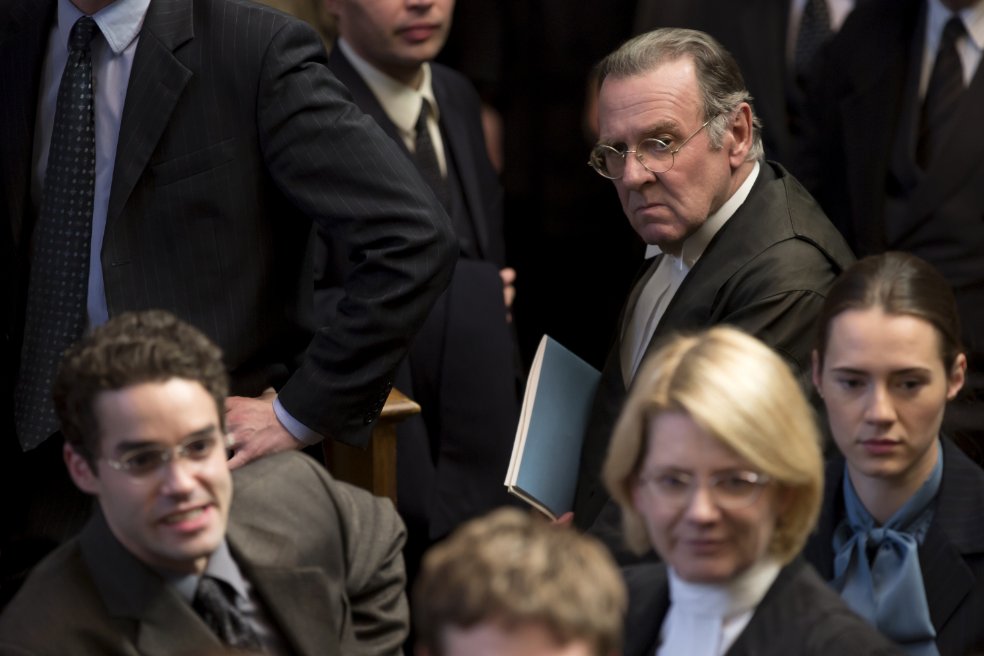 The performances are universally strong - not that one would expect anything else considering the quality of the cast. Rachel Weisz gives an impassioned portrayal of a women whose sense of injustice causes her to temporarily lose sight of the end goal. Tom Wilkinson’s Richard Rampton is an atypical barrister - calm and logical until he shows a flash of righteous anger. Then there’s Timothy Spall’s scene-stealing David Irving, who comes across as strangely compelling despite the venom dripping from his fangs. (Even Deborah remarks that he is “impressive” during his first day of court testimony.) Perhaps it’s the case that all preachers of reprehensible philosophies must embody some form of charisma for them to amass a following.

There’s something unsettling about identifying a synergy that exists between points made during Irving’s trial (especially in the video clips that show him making a speech to a group of like-minded individuals whom he identifies as “normal people”) and those being litigated in the 2016 U.S. Presidential campaign. This is unintentional - the script for Denial was finalized long before the candidates were known - but it illustrates the commonality of ugliness inherent in certain ideas and perspectives. The pervasive malevolence of a doctrine is what Deborah Lipstadt fought against in her trial but it’s clearly not limited to Holocaust deniers.