Films based on historical events come in all shades and colors. On one end of the spectrum are those like Gettysburg, with a meticulous attention to detail and adherence to the written record. Then there are movies like The Journey, which use real-life people and events as jumping-off points for speculation. Most of the content in Nick Hamm’s exploration of the first meeting between two of the principals in North Ireland’s “The Troubles” is founded not in reality but in screenwriter Colin Bateman’s imagination. Bateman takes a line spoken by Martin McGuinness and uses it as the basis for his script: “Up until the 26 March [2007], Ian Paisley and I never had a conversation about anything—not even about the weather—and now we have worked very closely together over the last seven months and there's been no angry words between us.... This shows we are set for a new course.”

The Journey is essentially a 90-minute conversation between the two men with whom the fate of peace in Northern Ireland rested in October 2006. Ian Paisley (Timothy Spall), the founder of the Democratic Unionist Party, a fundamentalist Presbyterian preacher, and the future First Minister of Northern Ireland, had long represented the IRA’s staunchest foe. Martin McGuinness (Colm Meaney), second only to Gerry Adams (Ian Beattie) at the top of Sinn Fein’s power structure and the future Deputy First Minister of Northern Ireland, had blood on his hands as a result of a past in the IRA’s trenches. Other characters who play a fleeting part in the proceedings, but exist mainly on the periphery, are Jack the driver (Freddie Highmore), retired MI5 chief Harry Patterson (John Hurt in one of his final roles), and Prime Minister Tony Blair (Toby Stephens). 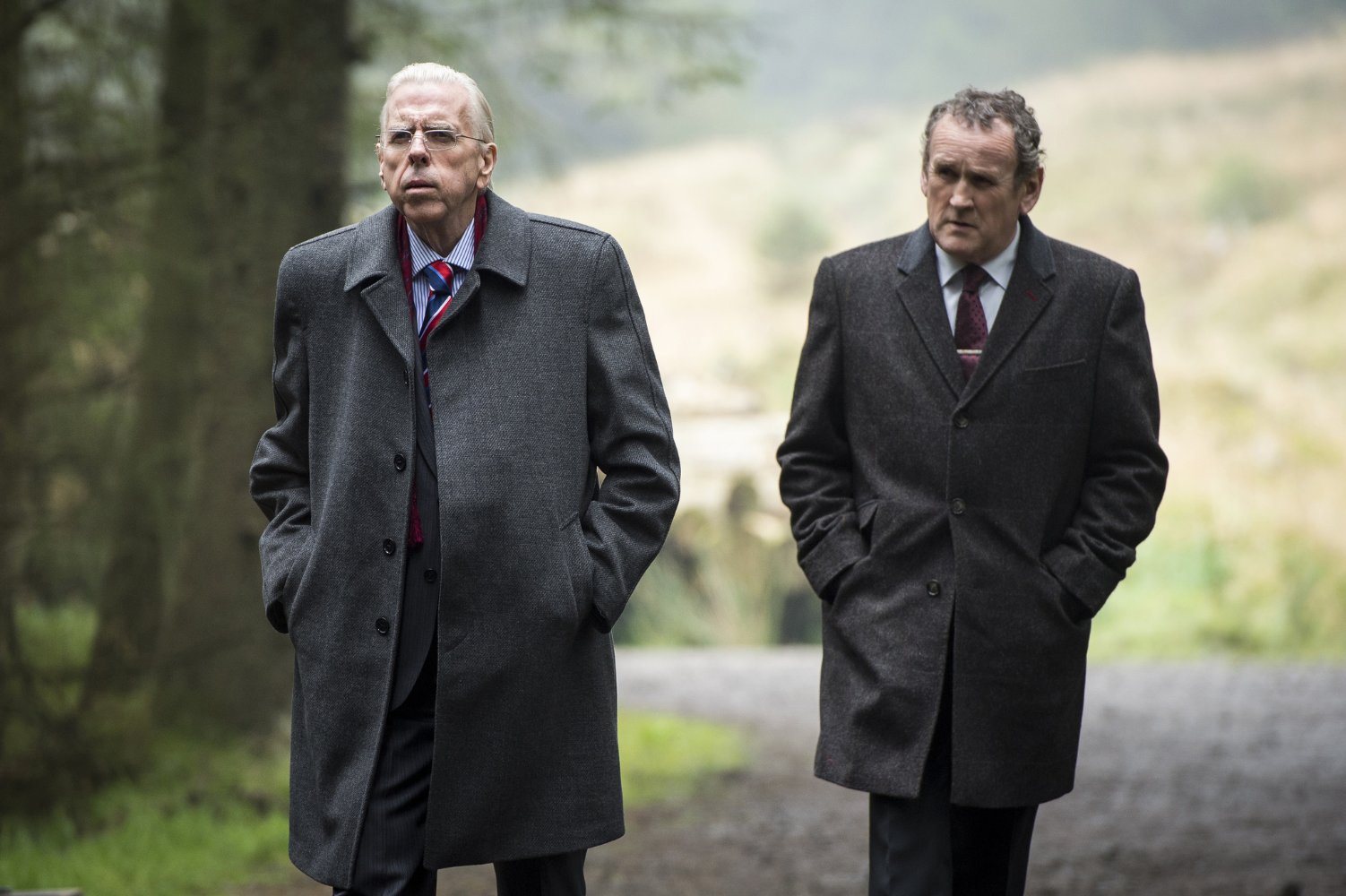 At its best, The Journey is riveting drama, with Paisley and McGuinness acting as proxies for the two sides in the long-simmering, bitter civil war that divided Northern Ireland for 40 years along sectarian lines. They debate issues like whether the ends justify the means, if violence against innocents can ever be legitimatized, and where the dividing line is between “freedom fighter” and “terrorist.” Whether Paisley and McGuinness ever had a conversation like this one is anyone’s guess (probably not) but thousands of Ireland’s residents have. The Journey assumes a certain degree of knowledge about “The Troubles” but it’s fair to wonder whether too much knowledge (or a partisan perspective) might make viewers uncomfortable about the liberties taken by Bateman’s screenplay.

There are some fundamental problems. One relates to the number of contrivances necessary to keep the conversation going for well over an hour. It strains credulity beyond the breaking point to consider that an operation of this importance would be handled so shabbily, with MI5 and the British Prime Minister unable to provide support when a deer causes a car accident or the driver’s credit card is declined. (Everyone is watching on hidden cameras installed in the car transporting Paisley and McGuinness to an airport.) Then there’s the tone – by injecting awkward humor into the proceedings, the filmmakers come dangerously close to transforming this into a buddy movie sitcom. One doesn’t expect to be reminded of The Odd Couple while watching a movie about the Saint Andrews peace talks. 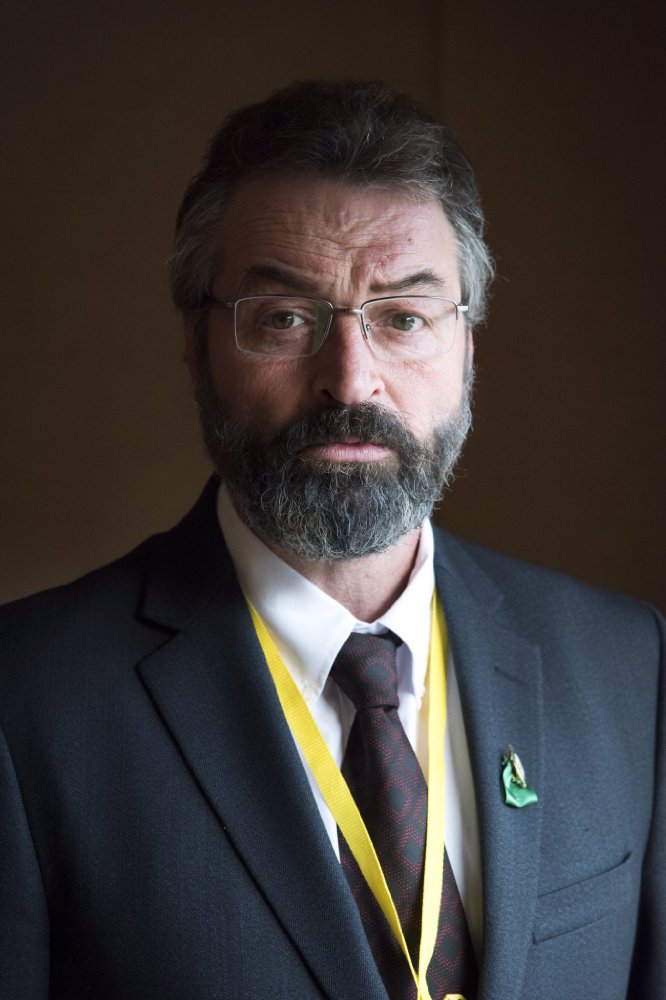 This is an actors’ movie and both leads give impeccable performances. When the movie was first announced, Liam Neeson and Kenneth Branagh were attached and, although their inclusion would have given The Journey star power, it might have done so at the expense of verisimilitude. Character actors like Timothy Spall and Colm Meaney are ideally suited to these parts – they have less baggage to shed and are more easily able to take on the alter egos of men who still remain fresh in the memory (This marks Spall’s second consecutive portrayal of a controversial real-life figure, following Denial).

I suspect director Hamm was going for something along the lines of the clash of personalities found in Frost/Nixon and, while his actors are up to the task, there are times when the script isn’t. The Journey feels like a play “opened up” for a movie but it isn’t. It can be difficult to generate drama from the interaction between characters especially when the end result is a well-established historical fact. Although it would be unfair to characterize The Journey as anticlimactic, it lacks the explosiveness of a Frost/Nixon. The movie contains some tremendous individual scenes but the whole isn’t better than the sum of its parts and, in the final analysis, it’s a little disappointing.