Despite being blessed with well-designed period sets and top-tier acting, this collaboration between Downton Abbey writer Julian Fellowes and director Michael Engler fails to take flight. I’m not one who normally issues demerits for a slow pace or excessive talkiness – sometimes those qualities can be necessary to a viewer’s immersion – but The Chaperone is dramatically inert. It trudges along from predictable scene to predictable scene, relying on well-worn clichés to advance character arcs. If ever there was a production that embodies all the negative Masterpiece Theater qualities, this is it.

One might question how a biographical film about the early career of flapper icon/actress Louise Brooks (Haley Lu Richardson) could be dull. In truth, had the film concentrated more on Brooks and less on her middle-aged chaperone, Norma Carlisle (Elizabeth McGovern), the energy level would have been higher. While McGovern’s performance is fine, the character is generic and her journey of discovery is at best pedestrian. Meanwhile, Richardson brings vivacity and verve to Books; the scenes that focus on her are The Chaperone’s most enjoyable. 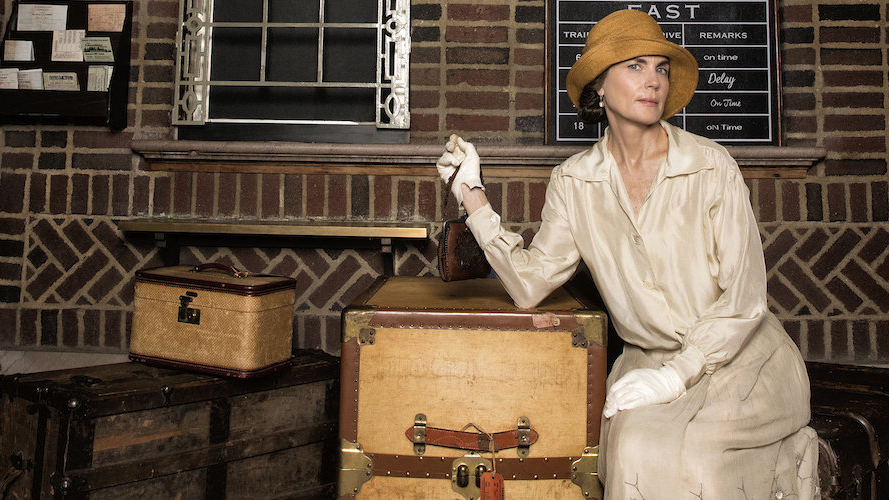 Louise is a fascinatingly flamboyant character; the same cannot be said of Norma. The film’s decision to focus on the latter results in a prepackaged drama whose every beat is predictable. Another problem is that the meat of Louise’s story ends up in an ellipsis that occurs between the end of the main narrative and the epilogue. The Chaperone’s concluding pep-talk is contrived and artificial; it’s out of character for the participants (at least insofar as we have gotten to know them by that point). The frustrating thing is that there’s such a rich tapestry to explore but it’s left beyond the film’s scope. (I’ll concede that the source material, Laura Moriarty’s book, is part of the problem but Fellowes is an experienced screenwriter who should have been able to overcome this hurdle.)

The year is 1922 and the place is Wichita, Kansas. 16-year old Louise Brooks has been invited to travel to New York City to attend the Denishawn School of Dancing and Related Arts, but her mother, Myra (Victoria Hill), won’t let her make the trip without a chaperone – someone hard to find at a time when most “appropriate” women are either raising their own children or uninterested in being the minder of a talented-but-willful girl on a big city adventure. There is one exception, however. With her sons grown, her sexless marriage going nowhere, and her life a series of monotonous, routine days, Norma Carlisle is all-too-happy to take on the challenge of being Louise’s guardian. She has a secondary reason for going to New York City, where she lived for a few years early in life as an orphan: she wants to locate her birth-mother. 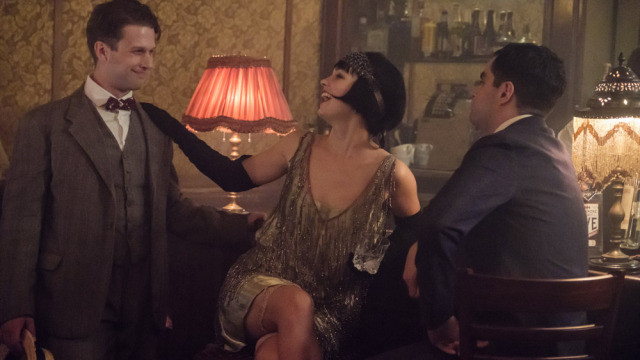 The Chaperone’s vision of New York during the roaring twenties is too quaint for the era (and might have been more appropriate for a film set in the city a hundred years earlier). Although the production designers do a good job of turning back the clock – the movie seems old-fashioned in more ways than one – the sense of place isn’t as good as the sense of time. The few glimpses we have of Louise’s dancing classes offer a peek into her ability and burgeoning star power but the movie doesn’t do much with these. Likewise, the jealousy-tinged rivalry between Louise and her teacher, Ruth St. Denis (Miranda Otto), never gels. The main event of this conflict occurs off-screen during the ellipsis (and is only briefly mentioned). Making Norma the centerpiece of this drama results in some odd narrative decisions.

Despite the movie’s seemingly artistic impulses, The Chaperone appears to be commercially motivated with a narrow-but-loyal target demographic in mind. It’s as if the filmmakers, mindful of the popularity of Downton Abbey, proceeded with the mission statement of making something that would appeal to this segment of the audience. The production is strait-laced and risk-averse, taking its time to meander through a story whose primary draw emerges from the familiar chemistry between a buttoned-down older woman and her free-spirited charge. The Chaperone lacks the depth of character and highbrow melodrama that made Downton Abbey compulsively watchable. Masterpiece Theater’s first foray into theaters argues that the venerable program should continue to showcase long-form television rather than expanding into a format for which it is ill-suited.