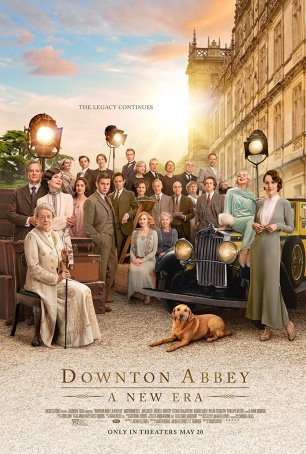 The term “fan service” is often used in association with popular genre projects: Marvel films, Star Trek, Star Wars, and the like. The two Downton Abbey films (the first, released in 2019, and its sequel, A New Era) illustrate that even Masterpiece Theater productions can go in this direction. In fact, the fan service is so egregious in the Downton Abbey cinematic offerings that it essentially closes out anyone unfamiliar with the earlier TV series. Those who never bothered with the program when it was on PBS (or ITV in the U.K.) are unlikely to venture into A New Era and, if they do, they’re likely to feel somewhat adrift. For fans, however, this represents a second opportunity to revisit old friends on the big screen and see what the passage of another year has in store for the Crawleys and their friends, family, and servants.

A New Era is structurally odd, with the first two-thirds of the film providing dual subplots of seemingly little import to the overall franchise narrative. The final 45 minutes, however, are consequential in both big and small ways. The title is misleading as the story transpires at the end of an era (with the Crash and Great Depression looming). Depending on the direction showrunner/writer Julian Fellowes elects to take things, this movie could represent either another chapter in an ongoing saga or a wrap-up to a story that began unfolding on TV screens more than a decade ago.

Nearly all of the characters from the previous movie have returned, with the notable exception of Henry Talbot, the husband of Lady Mary (Michelle Dockery). It’s unclear whether Henry’s absence is the result of a creative choice or a decision on the part of actor Matthew Goode not to appear. Regardless, he’s not missed because there are plenty of other familiar faces. At the top of the pyramid is Violet Crawley, the octogenarian Dowager Countess of Grantham (Maggie Smith), who has been with Downton Abbey since its beginning and is a fan-favorite because of her acid tongue and no-nonsense manner. In this case, however, age and ailments have robbed her of some of her vinegar. Her one-liners are no longer as frequent or piquant. 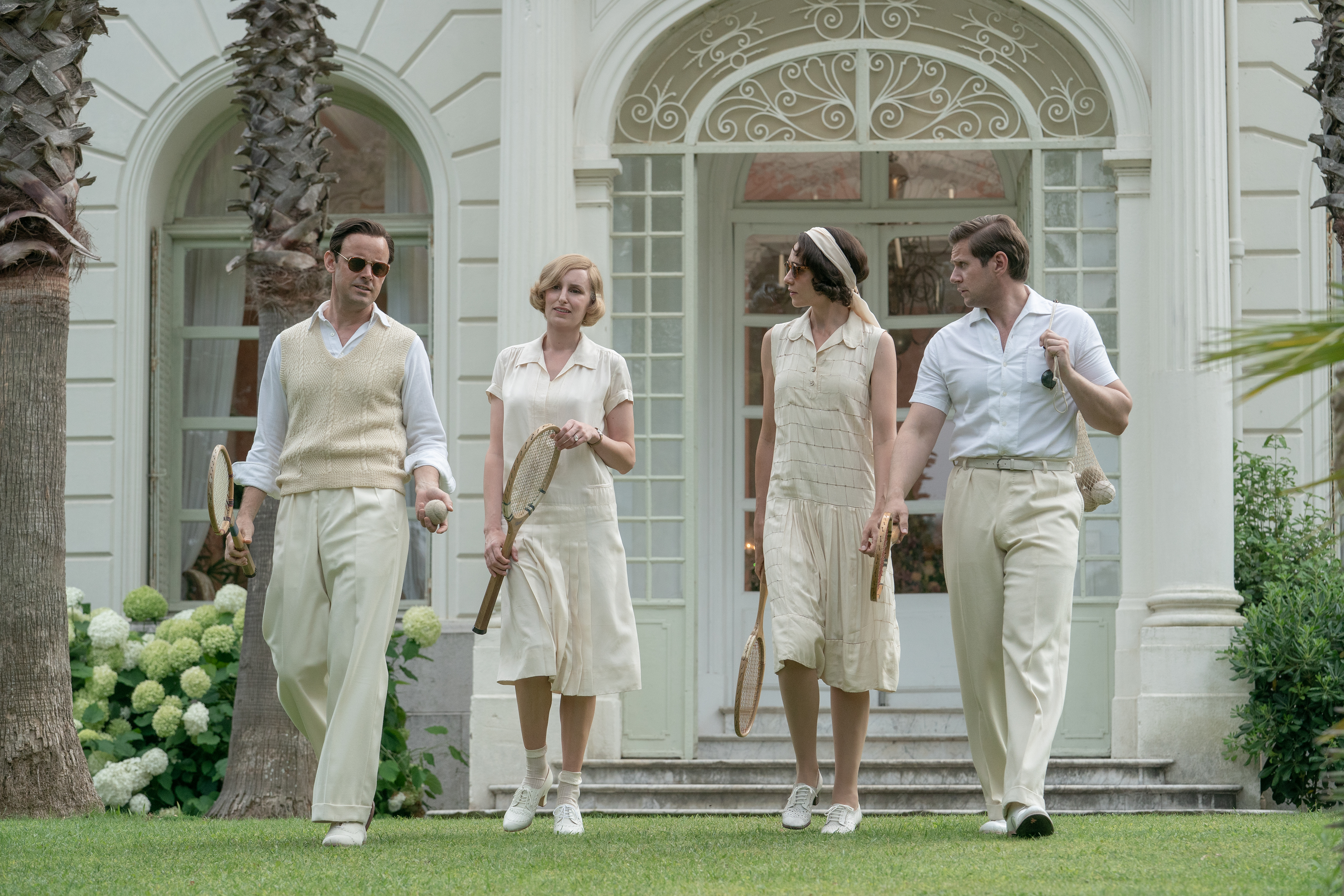 The story splits the family. Violet’s son, Robert (Hugh Bonneville); his wife, Cora (Elizabeth McGovern); his daughter, Edith (Laura Carmichael) and her husband, Bertie (Harry Hadden-Paton); his son-in-law, Tom Branson (Allen Leech); Tom’s new bride, Lucy (Tuppence Middleton); Lucy’s mother, Maud (Imelda Staunton); and the redoubtable butler Carson (Jim Carter) head for France. Everyone else, including Violet, Mary, Isobel (Penelope Wilton), and the “downstairs” crew, remain at Downton Abbey. The purpose of Robert’s voyage is to investigate a “mysterious” villa that Violet inherited from an old flame, the legitimacy of which is being called into question by the dead man’s widow, Madame Montmirail (Natalie Baye). Meanwhile, a film crew has made a deal with Mary to shoot much of The Gambler at the house, so those who remain behind have to deal with the disturbances created by the movie-making process and the presence of three principals: director Jack Barber (Hugh Dancy), lead actor Guy Dexter (Dominic West), and diva Myrna Dalgliesh (Laura Haddock).

Fellowes does his best to give each character at least a moment or two. Unfortunately, because the Downton cast is so large, many of the “lesser” individuals are shortchanged. Chief among these is one-time nemesis Thomas Barrow (Robert James-Collier), who is a pale shadow of his former nasty self. Newcomer Jack’s flirtation with Mary feels obligatory and forced; there’s no chemistry between Hugh Dancy and Michelle Dockery. And, although there are interesting ideas introduced to go along with Guy and Myrna (related to the transition of silent-era actors to talkies), the characters are underused. The material in France feels a little rushed and underwritten. The expected sparks between the visiting Crawleys and the resident Montmirails never really develop. 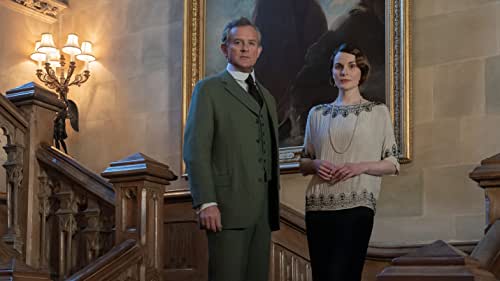 The tone remains consistent with that of the TV series and the first movie – occasional lighthearted moments sprinkled among the dramatic elements. A New Era proves just as capable as the earlier chapters of generating genial laughs to go along with a few tears. Although Downton Abbey has declined from the heights of its third season (when the Mary/Matthew romance reached its climax and conclusion), the characters remain the draw – something of which screenwriter Fellowes, director Simon Curtis, and the cast are keenly aware. They have crafted this second cinematic outing with all the love and nostalgia of a reunion for not only the actors and crew but the extended family of millions who made the series a 2010s high-brow phenomenon.

It's an open question whether there will be a Downton Abbey 3. The series is bucking a trend by moving from the small screen to the large one when many properties are doing the opposite, especially those with smallish budgets. But Downton’s audience proved to be loyal when the first movie opened pre-pandemic. Fellowes has included enough elements in the last act to allow this to function as a coda to the entire saga. There are endings (most of which are happy) for nearly every character so fans won’t feel cheated if there’s nothing else in the works. The film’s overstuffed feel argues in favor of a return to a serialized format (perhaps as a streaming/TV mini-series) rather than another movie. Regardless, A New Era offers the kind of comfortable, comforting experience that Downton Abbey aficionados have been awaiting since before the term COVID was coined.