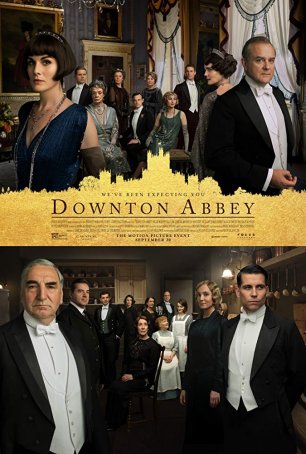 If you don’t know who the Earl of Grantham is, you can probably stop here. If you don’t know Lady Mary’s tragic history, this movie may not be for you. And if you aren’t breathlessly awaiting the next cutting quip from Lady Violet, then your two hours may be better spent elsewhere. Downton Abbey is not made with a general audience in mind. Instead, it’s a plot-lite opportunity for fans of the long-running TV series (six seasons, 52 episodes between 2010 and 2015) to reconnect with old friends and see what they’ve been up to in the three-or-so years since they were last seen. Goosebumps are allowed (perhaps even encouraged) when the score soars to accompany the first shot of the grand old mansion.

The movie unfolds like a supersized installment; the actors and behind-the-scenes creative personalities, including series creator/writer Julian Fellowes (Gosford Park) and director Michael Engler, beautifully preserve continuity. The canvas is bigger (with more Steadicam and aerial shots) but it’s still the same house, the same village, and the same theme music. Not much about Downton Abbey would be considered “epic.” The purpose is to use an umbrella to overarch various subplots (some of which work, others which don’t) and, more importantly, to focus on dialogue and character interaction. Most of what one might reasonably expect from any Downton Abbey story can be found here (except a prison visit from one of the Bates). 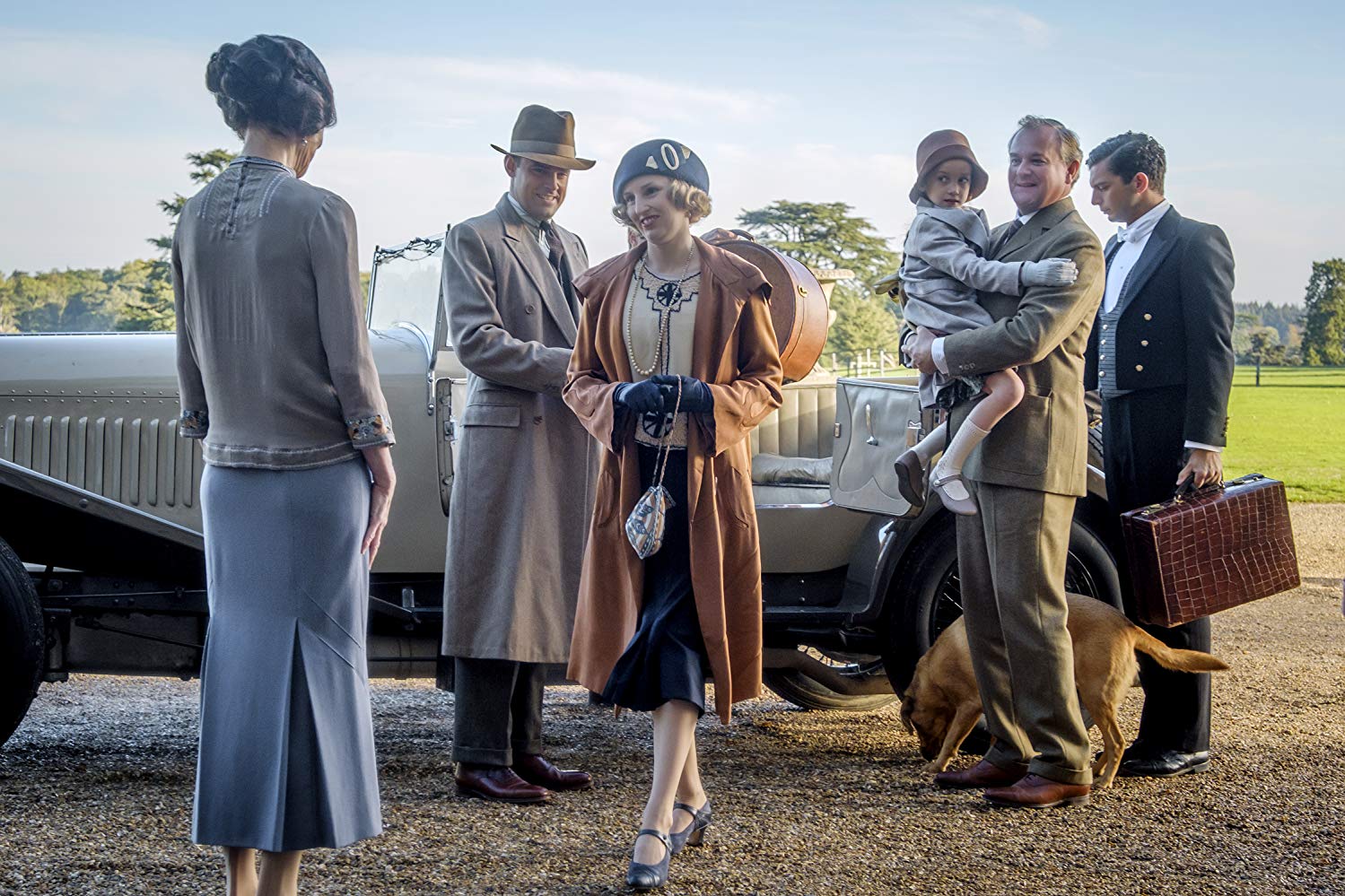 It’s 1927 – approximately 18 months since the final TV episode, which happened at Christmas 1925. Not much has changed, although everyone is a little older (although not necessarily wiser). Robert Crawley (Hugh Bonneville) is informed via Royal Post that King George V (Simon Jones) and Queen Mary (Geraldine James) will be spending a night at Downton Abbey. This creates excitement and consternation both upstairs and downstairs. When Lady Mary (Michelle Dockery) decides that butler Thomas Barrow (Robert James-Collier) may be out of his depth preparing for such a momentous visit, she temporarily recalls the taciturn Mr. Carson (Jim Carter) out of retirement to take charge of the proceedings. While some – like Mr. Bates (Brendan Coyle), Mrs. Bates (Joanne Froggatt), Mrs. Hughes (Phyllis Logan), and especially Mr. Molesley (Kevin Doyle) – are delighted to be preparing to serve the Royals, anti-monarchist Daisy (Sophie McShera) is insulted by the whole affair.

Robert has plenty of help (not all wanted) from Mary and his other daughter, Edith (Laura Carmichael), who visits her old home early and often. His wife, Cora (Elizabeth McGovern), is also involved. The family matriarch, Violet (Maggie Smith), makes her voice heard especially during her verbal sparring matches with her long-time friend/foe, Isobel (Penelope Wilton). Robert’s widower son-in-law, Tom Branson (Allen Leech), becomes unintentionally involved in an assassination conspiracy and Mrs. Bates realizes there’s a thief at work in the house. Meanwhile, the arrival of the King and Queen introduce a Grantham family drama. Violet’s estranged cousin, Maud Bagshaw (Imelda Staunton), arrives as the Queen’s lady-in-waiting. She is accompanied by her maid-turned-companion (Tuppence Middleton), whose pleasant manner wins over many of Downton’s residents (especially Tom) but not Violet, who is unhappy about her cousin’s choice of an heir. 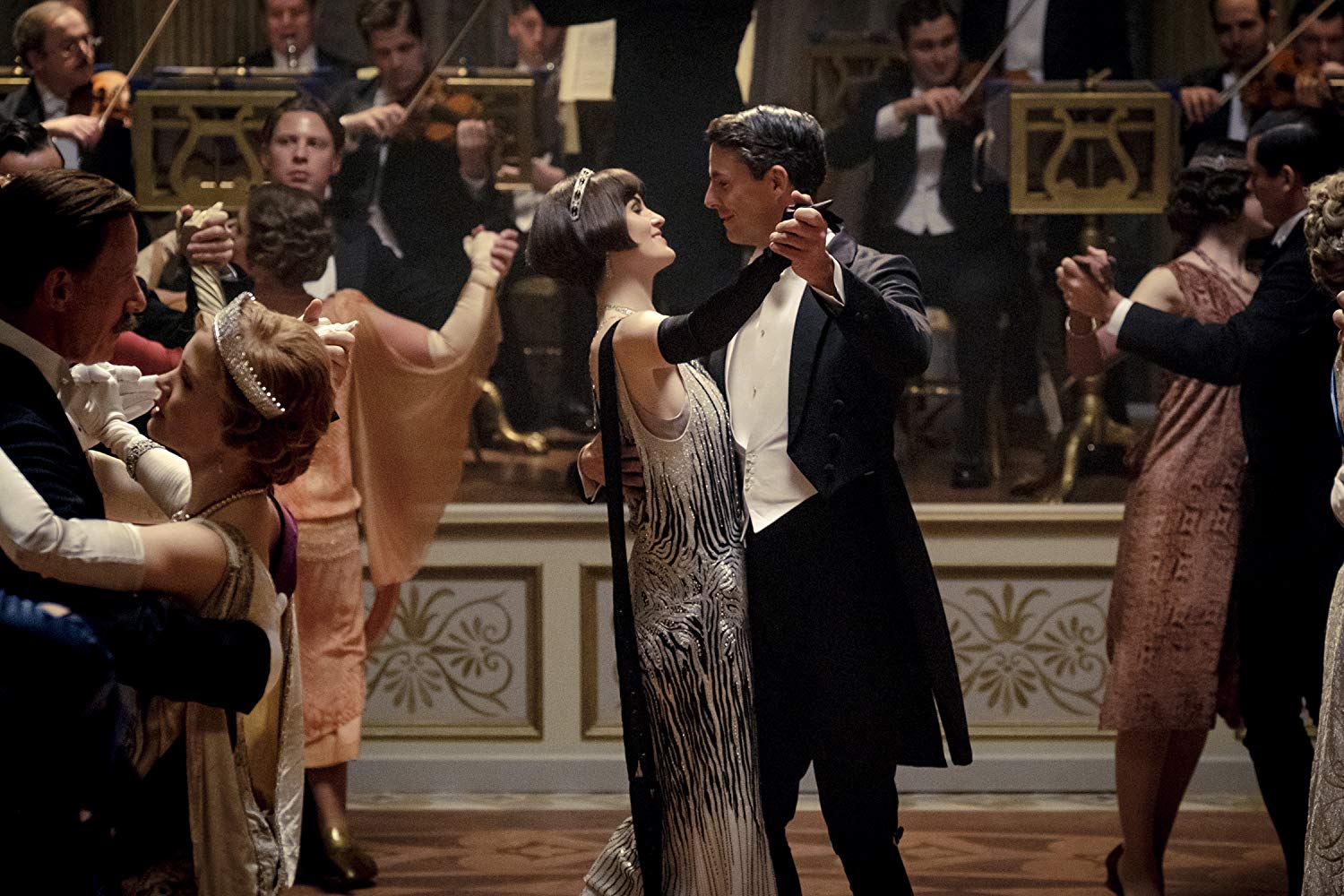 Aware that every Downton Abbey viewer has his/her own favorites among the large cast, Fellowes does his best to give everyone at least a moment or two. This can make the film feel a little overstuffed and unwieldy. Two of the subplots (the house thief and the assassin) are awkward, having been shoehorned in to give various characters additional exposure at the expense of some bad writing and 15 minutes of additional screen time. The only notable absence is Lily James’ Lady Rose, who doesn’t merit a name-drop. Matthew Goode’s Henry Talbot is limited to a cameo due to the actor’s unavailability during filming, but Fellowes finds a way to work him into a few late scenes.

The movie continues to emphasize one of the foremost themes of the TV series – the decline of the aristocracy and their “way of life” during the early 20th century (something accelerated after the first World War). In this movie, the intractable “old guard” is represented by Violet, who is (as she always has been) mired in the past. She has two opponents – Isobel, who was her frequent foil in the series, and Maud, a newcomer whose seemingly liberal views about property succession are anathema to someone as reactionary as Violet. The sparring between Maggie Smith and Penelope Wilton, one of the TV series’ most enduring aspects, adds a welcome zing to the movie, which at times becomes bogged down in class-clash minutia. Add in Imelda Staunton and there are some noteworthy exchanges and memorable one-liners. While Smith singlehandedly steals every scene in which she appears (not surprising), her fellow actors work effectively as an ensemble, standing out only when Fellowes elects to highlight them. Hugh Bonneville, Michelle Dockery, Allen Leech, and Jim Carter have slightly more screen time than anyone else but none can be said to truly dominate. And, although not a lot happens during the course of Downton Abbey, there are a few important elements that could ease the transition of future movies into the 1930s if additional installments are made. (Downton Abbey can function either as the first of a movie series or a stand-alone.)

It’s fair to wonder what someone unfamiliar with the Crawleys or their home might think of the movie. Boiled to its Upstairs, Downstairs essence, it’s a traditional early 20th century costume drama that rewards those with a penchant for dialogue over action. The most confusing thing would be figuring out the character relationships – something a 10-minute prologue/primer (narrated by Jim Carter and Phyllis Logan) seeks to do. It helps although there are far too many characters and backstories for the average viewer to understand after such a brief crash course.

The review for Downton Abbey essentially writes itself. The bottom line is simple: If you’re a fan, you’ll see the movie and most likely enjoy it. If you’re unfamiliar with the Crawleys and their immense demesne, you’ll give the screen spin-off a pass and not be the poorer for it. Downton Abbey is for those who loved the TV series and were sorry to see it go, and there’s nothing wrong with a little fan service for Masterpiece Theater watchers in a day and age when every Marvel film wallows in it.