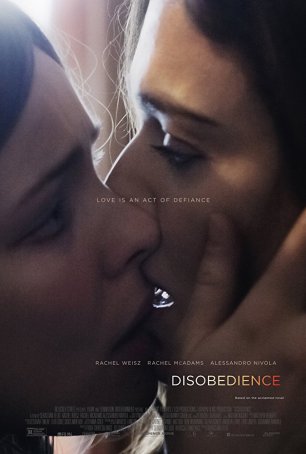 Showing great restraint and refusing to demonize the closed community in which the story transpires, director Sebastian Lelio has tackled the age-old tale of forbidden love and its implications for those who fight for freedom and choice while shackled by religious customs. In this case the “forbidden” aspect is the attraction between two women – an illicit liaison in London’s Orthodox Jewish community. Uncovered many years ago by a revered rabbi (Anton Lesser) who sought to “correct” the situation as best he knew how, it has re-emerged on the occasion of his death, when the two participants are reunited and their long-denied passion reignites. 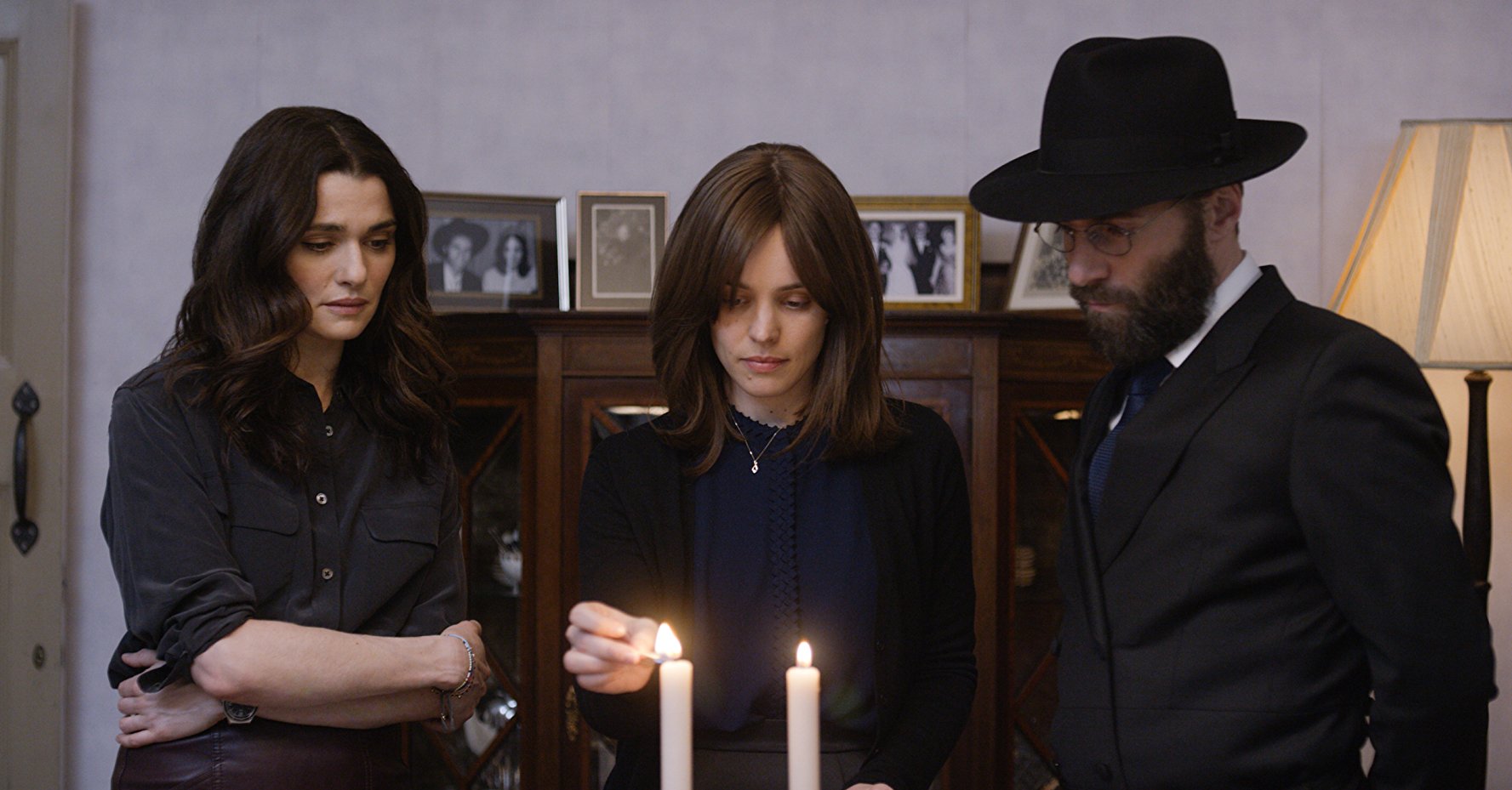 Disobedience has three main participants. Everyone else is representative of different facets of the disapproving community. Ronit Krushka (Rachel Weisz) is the deceased rabbi’s daughter, long estranged from her father following his discovery of her adolescent relationship with Esti (Rachel McAdams). Quitting London for New York, she has lived and worked there for years as a photographer until she receives the news and flies home to pay her respects and grapple with her twin demons: regret and guilt. Meanwhile, Esti has married the rabbi’s star pupil, Dovid Kuperman (Alessandro Nivola), as the final phase of her “reform.” Although lesbian, she hides her sexuality and obliges her husband every Friday. The cracks in her “happy marriage” widen with Ronit’s return.

Lelio, whose previous feature was the Oscar-winning A Fantastic Woman, approaches this potentially melodramatic material with gravitas. He desaturates the color palette and mutes the lighting, giving the film a sterile appearance. The performances are all understated; it’s as if Lelio wants to avoid the potential of an emotional outburst. Everything in Disobedience is controlled. This is by design – an attempt to echo the powerful restraint of the community. The one scene in which passion surges occurs locked away in a hotel room, where Ronit and Esti can be themselves rather than what their community expects and demands. 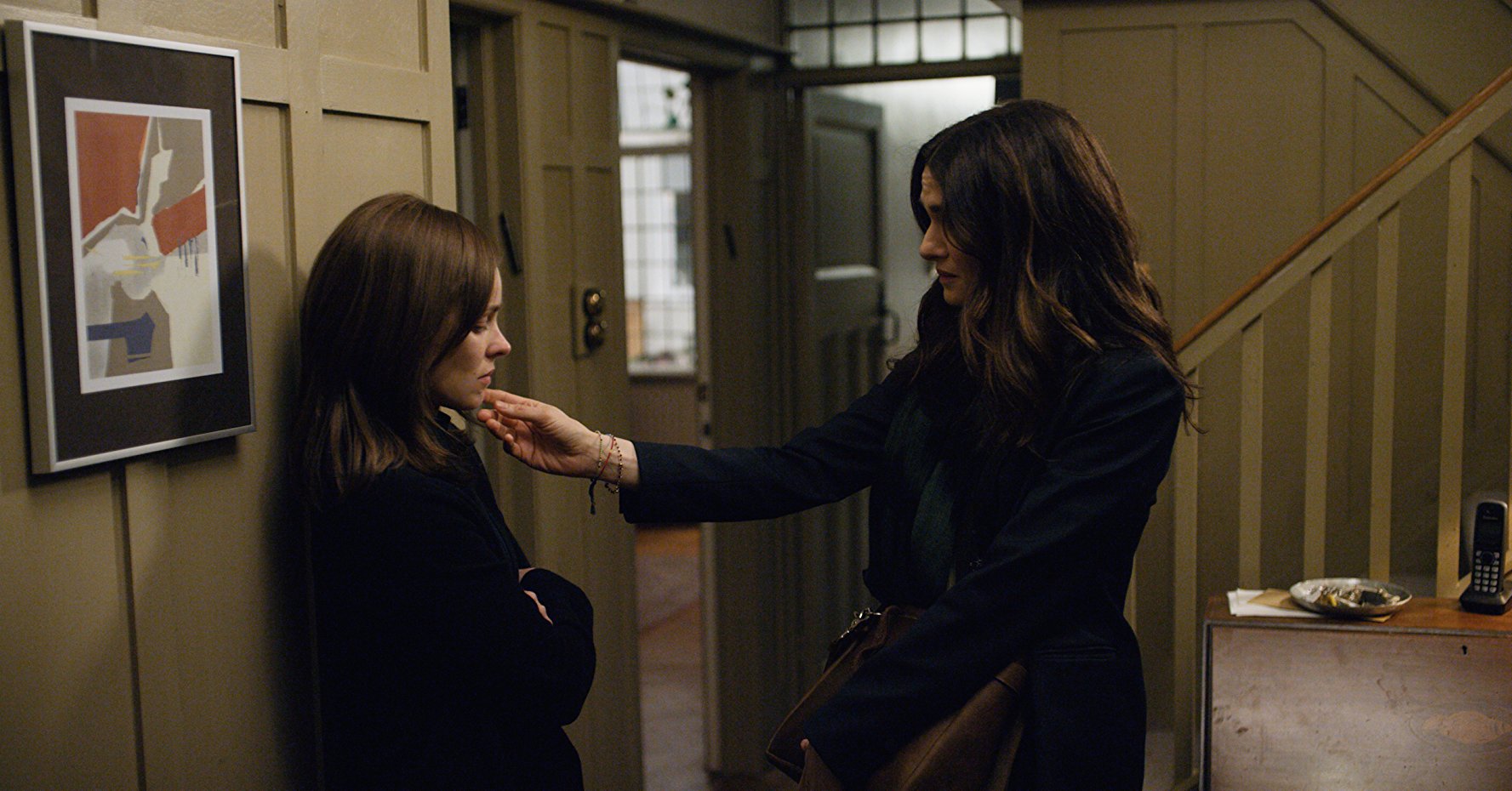 One fascinating aspect of the film’s construction is how Lelio’s screenplay (co-written with Rebecca Lenkiewicz, based on the novel by Naomi Alderman) avoids the seemingly obligatory exposition dump to explain the strands connecting the characters. We find out these things organically by decoding clues in their interaction. Disobedience’s point-of-view is Ronit’s. We follow her on her journey back to London and, like her, we are immersed into a lifestyle that now seems alien. She has memories, though, and not all of them are bad. She grieves for the father she hasn’t been in contact with for decades and wonders whether he loved her while admitting her own love for him. Rachel Weisz gives a strong, precise performance that allows us access into Ronit’s inner world through her eyes, expressions, and minute gestures. Rachel McAdams, however, is unable to match Weisz for intensity or depth. She is miscast and often seems out of her depth. Alessandro Nivola plays the least formed of the three leads and his character development doesn’t always feel natural.

Disobedience doesn’t treat Orthodox Judaism as a villain. Like other conservative religions, it has customs and traditions and those who don’t adhere to them, while they gain their freedom, lose their community. Many years ago, Ronit chose exile to pursue the lifestyle she wanted and was left with regrets. Esti chose to remain and marry a respected man and was left with regrets. Now both must confront their decisions and determine where the future leads.

Lelio’s subdued approach to the material robs it of potential emotional power but also keeps the story grounded. The film’s moment of catharsis, while hearkening back to the first scene, feels a little strained but the overall thematic trajectory succeeds, leaving viewers to ponder whether the characters are in a better place at the end than they were at in the beginning.