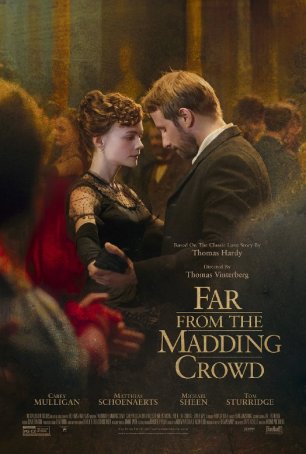 Far from the Madding Crowd, based on Thomas Hardy's fourth novel (and the first to have widespread success), is precisely what one would expect from a big budget adaptation of a Victorian classic: stately, beautifully photographed, impeccably acted, and faithful to a condensed iteration of the text. There's nothing here to astound or surprise; the movie neither exceeds nor falls below expectations. Those who love Hardy and/or the less-filmy romances of his era will derive the most from Far from the Madding Crowd. This is designed with an older, art house-going viewer in mind - someone who doesn't demand quick cuts and ceaseless camera movement. It's the kind of film we saw often during the 1990s but which has become less common with the demise of Merchant-Ivory and the Jane Austen boom. 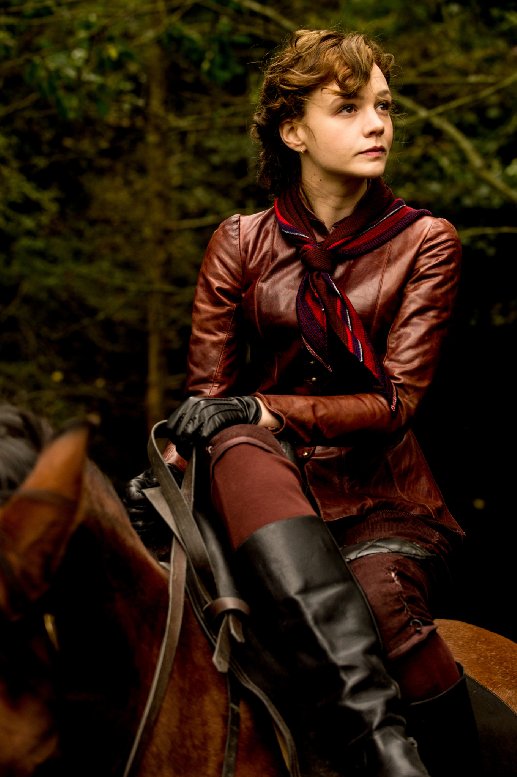 Like the 1967 John Schlesinger film, the 2015 version doesn't stray far from the source material, although Thomas Vinterberg's interpretation is more understated. Both films focus more on the romantic aspects of the movie than the social ones, undercutting the novel's thematic foundation. The divisions among the various social classes are noted only in passing and the isolation of the characters from "society" is never remarked upon. Like most of Hardy's novels, Far from the Madding Crowd deals with sorrow, loss, and regret. The story has its share of lighthearted moments to go along with the darkness, and it never gets close to the territory into which Hardy's infamous Jude the Obscure ventured.

The film follows the life of Bathsheba Everdene (Carey Mulligan), a headstrong young woman who, after inheriting a farm, is determined to run it herself. She has no shortage of suitors. Shepherd Gabriel Oaks (Matthias Schoenaerts) proposes marriage before his fortunes take a turn for the worse. Bathsheba's wealthy (but taciturn) neighbor, William Boldwood (Michael Sheen), is smitten but his proposal is also met with a rejection. The one to capture Bathsheba's attention and awaken her desire is soldier Frank Troy (Tom Sturridge). However, although their affair leads to marriage, their relationship has all the lasting power of an adolescent crush, with Bathsheba almost immediately regretting her impetuous decision and Frank gambling away her money and putting the farm in debt. Carey Mulligan is an inspired choice to play Bathsheba, a role that might have gone to Emma Thompson had the film been made 20 years ago. She's cool and confident; we come to respect her strength and appreciate that she doesn't need a man to be complete. Matthias Schoenaerts interacts well with Mulligan and is a solid presence in the background. Michael Sheen makes Boldwood a more sympathetic (bordering on tragic) character than in either the book or the 1967 movie.  There's a misstep with Tom Sturridge, whose Frank comes across as creepy from the beginning; missing is the erotic frisson necessary to make credible his white-hot romance with Bathsheba. We don't feel the passion between the two characters necessary for us to accept what happens with them. 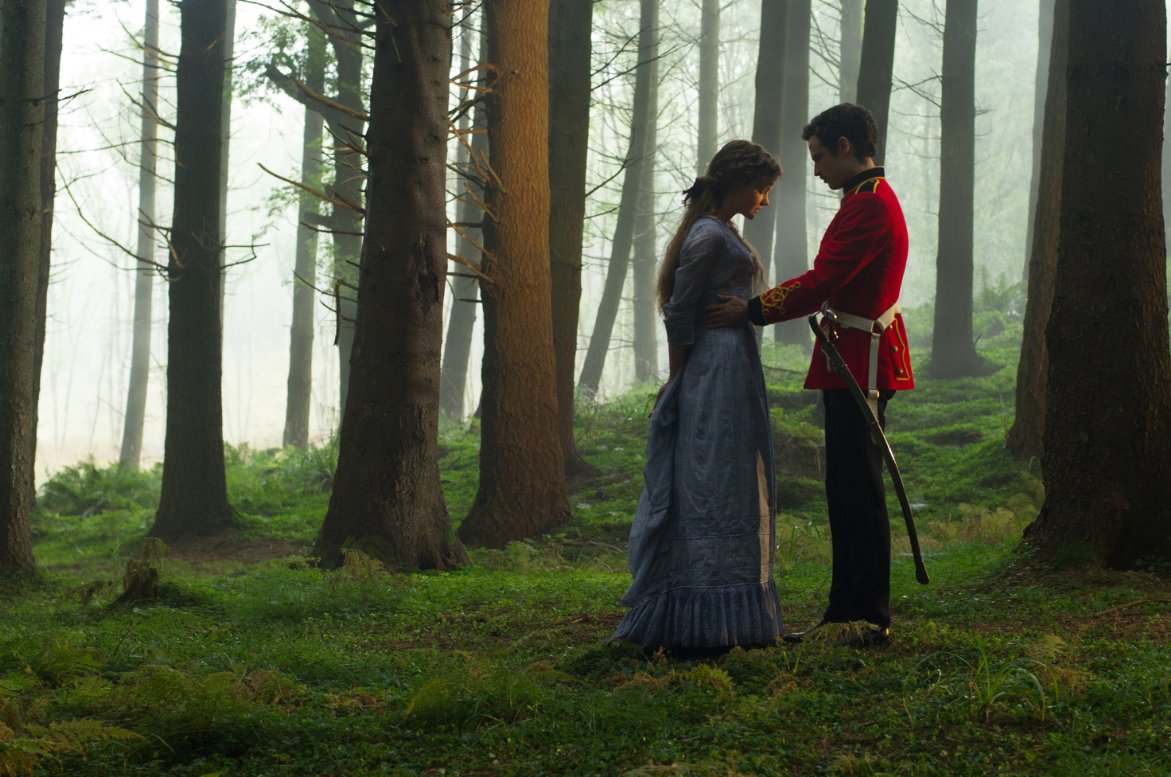 Far from the Madding Crowd is beautifully photographed by Charlotte Bruus Christensen, who captures a number of breathtaking shots. Vinterberg invests set design with care, drawing on his "simple is best" Dogma background; the period details are without peer, resulting in a "you are there" sense.

There is unintentional irony that a movie with this name is being released in May. As Far from the Madding Crowd slides almost unnoticed into art houses and a few select multiplexes, it offers the strongest counterprogramming imaginable against the "madding" of the early summer blockbusters. This is not intended for the Age of Ultron or Mad Max audience. Instead, it's a traditional, literate motion picture. Imperfect as it may be, the title reflects not only the subject matter but its place in theatrical distribution.