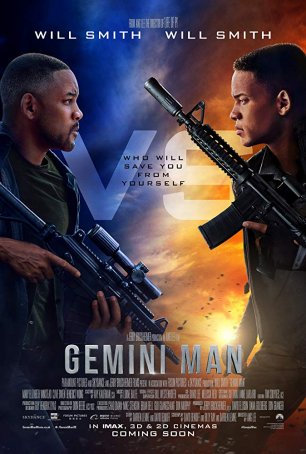 While the makers of Gemini Man may have had aspirations for this to begin a new sci-fi action franchise, the would-be series doesn’t get off to the most inspiring of starts. At its best, the movie feels like a superhero/spy movie hybrid with a science fiction underpinning. Little of the film is new or innovative and, although director Ang Lee can boast some interesting choreography with one of the fight scenes (something involving the use of a motorcycle as a martial arts weapon), his inventiveness doesn’t extend to the tired storyline, which feels like recycled pulp material. The film promises more than the by-the-numbers climax it delivers.

The premise sounds intriguing: an expert assassin is marked for extermination and hunted down by a much younger clone of himself. There’s some window dressing to go along with this: government corruption and cover-ups, a quasi-romantic relationship with an agent, and soldier-for-hire company that operates with impunity. Gemini Man is a case of the whole being less than the sum of its parts. Screenwriters David Benioff (one half of the Game of Thrones duo), Billy Ray, and Darren Lemke do a poor job with relationship building; the characters never feel real. It’s like they’re auditioning for a Marvel movie or a Jason Bourne rip-off. They fail to make the interaction between a man and his clone sufficiently complex – they try but there’s too much glib banter and testosterone exchanges. The movie often can’t make up its mind whether it wants to be a popcorn thriller or something with an existential bent. As a result, it’s not fully satisfying as either. 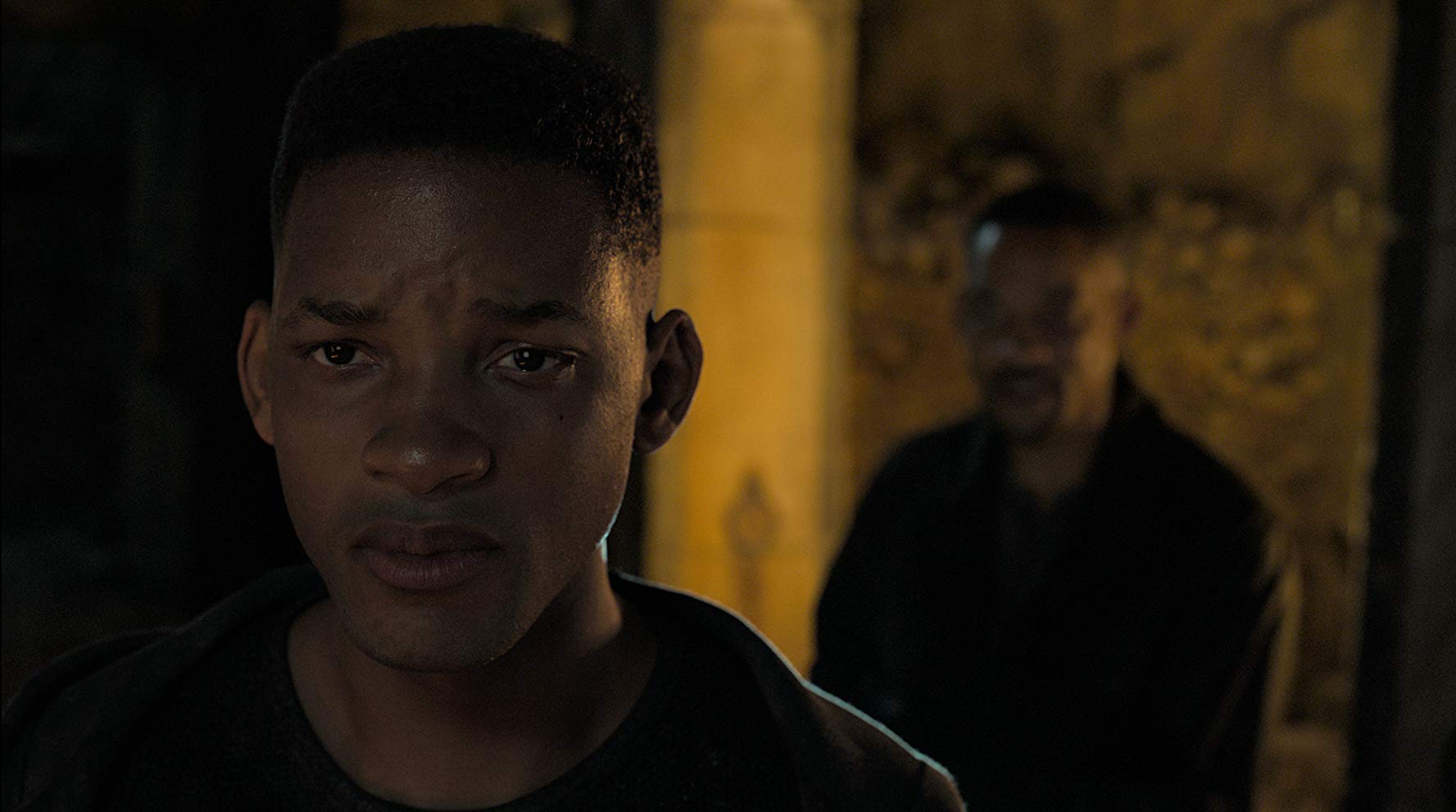 Henry Brogan (Will Smith) is the best option the government has when an ugly job must be done. He’s so good with a sniper rifle that he can nail a target on a moving train from more than a mile away. Following a questionable hit, he decides to retire but he knows things he shouldn’t know and his former boss, Clay Verris (Clive Owen), decides he’s a liability. Clay is deep under the sheets with some higher-ups in Black Ops and makes it clear that if they don’t “remove” Henry, he will bring “Gemini” into play. Henry easily spots the first agent assigned to trail him: the squeaky-clean Danny Zakarweski (Mary Elizabeth Winstead). Then all hell breaks loose. Henry ends up on the run with Danny. His globe-trotting pursuer is Clay’s protégé/adopted son, Junior (also Smith), who happens to be a 30-year younger version of the assassin with all of Henry’s skills and strengths but none of the weaknesses that come from age and a burgeoning conscience.

This isn’t the first movie to feature a computer de-aged character – Marvel has been doing this sort of thing for years with mixed results – but it may be the most ambitious attempt to-date. Unfortunately, while technology has advanced considerably in recent years, it’s not perfect. The younger Smith looks better than the younger Carrie Fisher in Rogue One but there are times when the face looks blocky, blotchy, and plastic. In some scenes, at some angles, the illusion is effective but there are enough glitches to take the viewer out of the moment. This is a reminder of why “synthespians” are still best given limited exposure. The more we see of them, the more obvious it becomes what they are.

On the whole, Gemini Man boasts its share of entertaining moments and set pieces, including the aforementioned motorcycle fight scene. But there are dead spots in between the action sequences where the exposition becomes too dense and the pacing drags. At the end, there’s also a sense of “Is that all there is?” as if the movie couldn’t quite live up to expectations for it to do something more. If Will Smith is in search of a new franchise to call his own, he may need to keep looking.