There have been some great mistaken identity films over the years – The Life of Brian, The Big Lebowski, Being There, North by Northwest. From these titles, it’s clear that the concept is pregnant with possibilities and, in the hands of a competent director, it at least has a chance to scale the peaks of greatness. How then does If Looks Could Kill go so completely, utterly wrong? The central problem has less to do with the premise than with how it’s approached by the “creative” team. Director William Dear and screenwriter Darren Star consistently underestimate the audience’s intelligence, delivering something cartoonish and unfunny that doesn’t work as a comedy, an action/adventure spoof, or much of anything else.

The paucity of intelligence and wit is only the jumping-off point. The pacing is haphazard and the basic filmmaking techniques, like shot selection and editing, are questionable at best. The acting is downright awful at times. Casting Richard Grieco as protagonist Michael Corben might have seemed like a good choice at the time – Grieco appeared to be on the verge of “breaking out” after some success on TV (in 21 Jump Street and its spin-off, Booker) – but his limitations as an actor proved to be a part of the film’s undoing. Aside from a beefcake shot, he doesn’t have a memorable moment in If Looks Could Kill. He’s unconvincing as a reluctant spy, unromantic as a love interest, and incapable of playing a newly-minted high school graduate (at age 26, he looked older than he was). 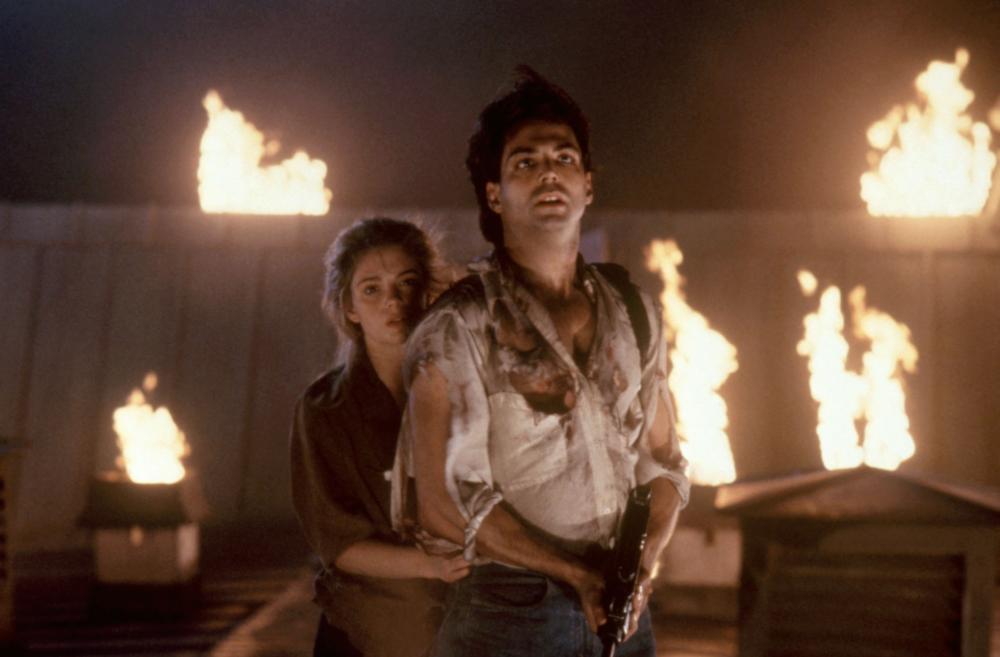 If Looks Could Kill begins with a tepid James Bond satire (although, considering what Bond had become by 1991, it could be argued that the official series had become mired in self-parody). Megalomaniacal villain Augustus Steranko (Roger Rees), while posing as Europe’s new wunderkind, is methodically killing off all the finance ministers who don’t agree with his grand plan. British agent Blade (Roger Daltry, who was not known for his acting) is sent in to investigate. While most of Steranko’s red-shirt killers are no match for Blade’s expertise, he is unprepared for the viciousness of henchwoman Ilsa Grunt (Linda Hunt), who dispatches him.

Back at MI-6, Blade’s death has become a major embarrassment. Now, the Americans are involved. They are sending their top spy, Michael Corben, to determine what happened to Blade. No one is willing to entertain the possibility that Steranko might be rotten. Ilsa kills Corben before he can even board his plane to Paris but, as luck would have it, there are two Michael Corbens in the airport that day, both headed to Europe. The other, played by Greico, is a high school teenager who has to accompany his French teacher, Ms. Grober (Robin Bartlett), to France on a class trip in order to accrue sufficient extra credit to allow him to earn his diploma. Following a series of misunderstandings, everyone is certain that the 18-year old is actually a crack agent. After landing, he is whisked away by MI-6 for a tour of Q’s lab and a briefing on his mission. Soon, along with unofficial partner and soon-to-be-love-interest Mariska Daughter-of-Blade (Gabrielle Anwar), he determines that Sternako isn’t a nice guy. And Ms. Grober has a role to play in all of this. 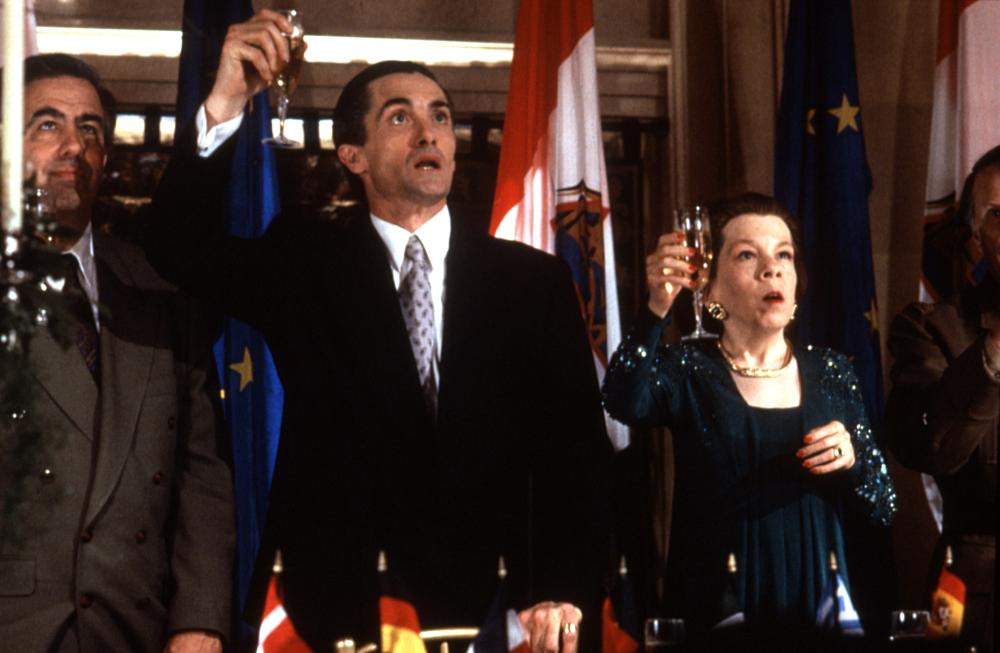 The disheartening thing about If Looks Could Kill – as with most spy comedies – is the tediousness of the so-called narrative, which can’t be bothered to tell something resembling a story, relying instead on stringing together overamped Bond clichés. That might be acceptable if the humor worked (as in, for example, Austin Powers or Spy), but the movie’s jokes are as recycled and flaccid as its action/thriller elements. There are probably a few good laughs sandwiched in between all the failed gags but the overall impression is of a writer who couldn’t be bothered to come up with a stronger skeleton for his mistaken identity farce or enough zingers to justify it being labeled as a comedy.

Like Greico, Gabrielle Anwar was a flavor of the moment. She was hot (in more ways that one) during the early 1990s, even appearing in the high-profile Al Pacino Oscar-winning vehicle, Scent of a Woman. Her star faded quickly, however, and, although she never stopped working, her highest orbit was substantially lower than many were projecting it to be. Paring her with Greico put two attractive people on screen but they evidenced neither chemistry nor acting ability.

For a mistaken identity movie to work, the story must be populated by characters. Here, little thought is given to doing anything more with Michael than making him a pawn of a poorly-realized plot. It’s lazy screenwriting and lazier filmmaking. (The director, William Dear, has a resume that doesn’t inspire confidence. It includes such memorable titles as Harry and the Hendersons and Angels in the Outfield.) In retrospect, If Looks Could Kill looks a lot like many 1980s and early 1990s comedies that were assembled on a shoestring budget and thrown into theaters hoping to make a quick buck. Most are bad – some even worse that If Looks Could Kill. It’s surprising that, more than a quarter-century later, it’s possible to locate copies of the movie. This is a title I would have expected to be long forgotten and not missed even a little bit.