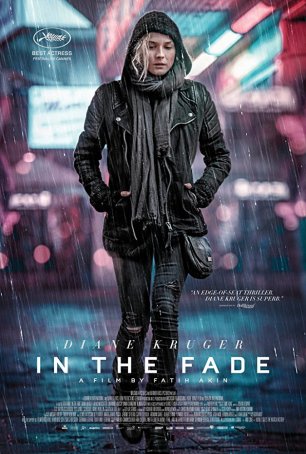 Although the events depicted in Fatih Akin’s In the Fade are fictional, their implications and consequences are grounded in reality. Terrorist events are becoming sadly commonplace and, although news reports focus on the immediate action, rarely is the emotional collateral damage explored. In the Fade shows how the most devastating damage caused by terrorists sometimes isn’t to those who die; it’s to those who remain alive.

In the Fade is presented in three acts. The first establishes the characters and their relationships and illustrates how Katja Sekerci (Diane Kruger) copes (or fails to cope) in the immediate aftermath of learning that her husband, Nuri (Numan Acar), and six-year old son are killed in a bombing. The second act depicts the court hearing in which the accused killers, husband-and-wife Nazi sympathizers Andre and Edda Moller (Ulrich Brandhoff and Hanna Hilsdorf), face justice for their actions. The third act shows that, even after the trial, Katja cannot find peace and chronicles what she does in a desperate bid for closure. 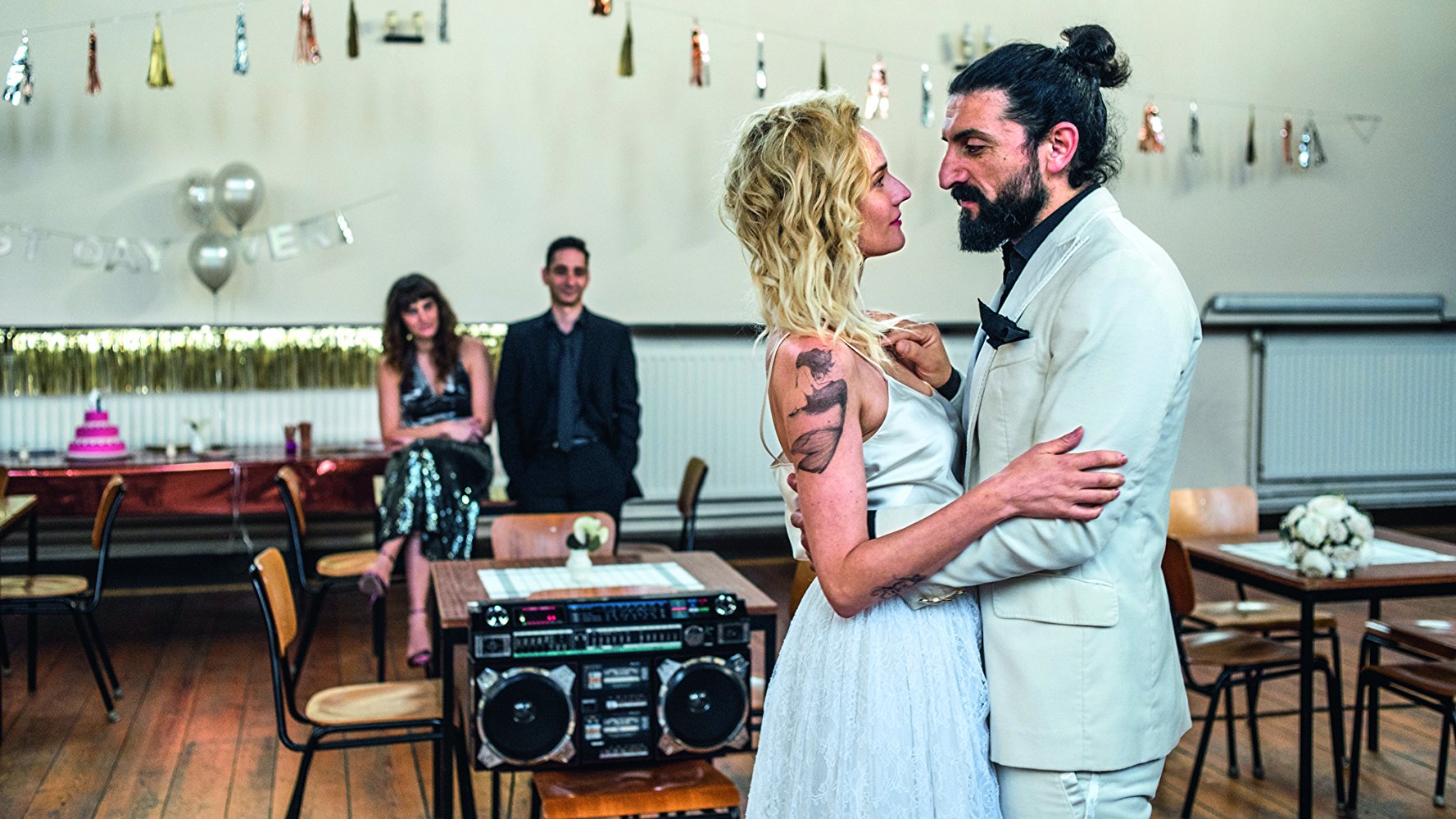 In the Fade is about the pain of bereavement – and not just any bereavement but the loss of a child. For Katja, the peaceful familiarity of her home suddenly becomes an unwelcome refuge. Once-comfortable surroundings threaten to suffocate her with happy memories turned rancid in the wake of her loss. Depicting grief – especially one as crippling as this – is a challenge for even the most talented filmmaker. Akin succeeds and the result is as emotionally difficult a film as I have seen in the whole of 2017. The movie rewards because of its sheer power but it has no value as the escapist vehicle often craved from motion pictures. This is a raw, searing experience.

When Hollywood tackles terrorism, it rarely offers the degree of ambiguity on display in In the Fade and I have never seen a studio-funded film opt for this kind of uncompromising ending. There is perhaps a message in the subtext that the rah-rah machismo associated with anti-terrorism revenge thrillers is fundamentally and emotionally dishonest. However, where those movies invent fantasy as an antidote, this one stays grounded in reality. Nowhere is the chasm between the two approaches more evident than in the final act. Those who look to the Hollywood template for a roadmap to In the Fade will find themselves going in the wrong direction at nearly every way post. 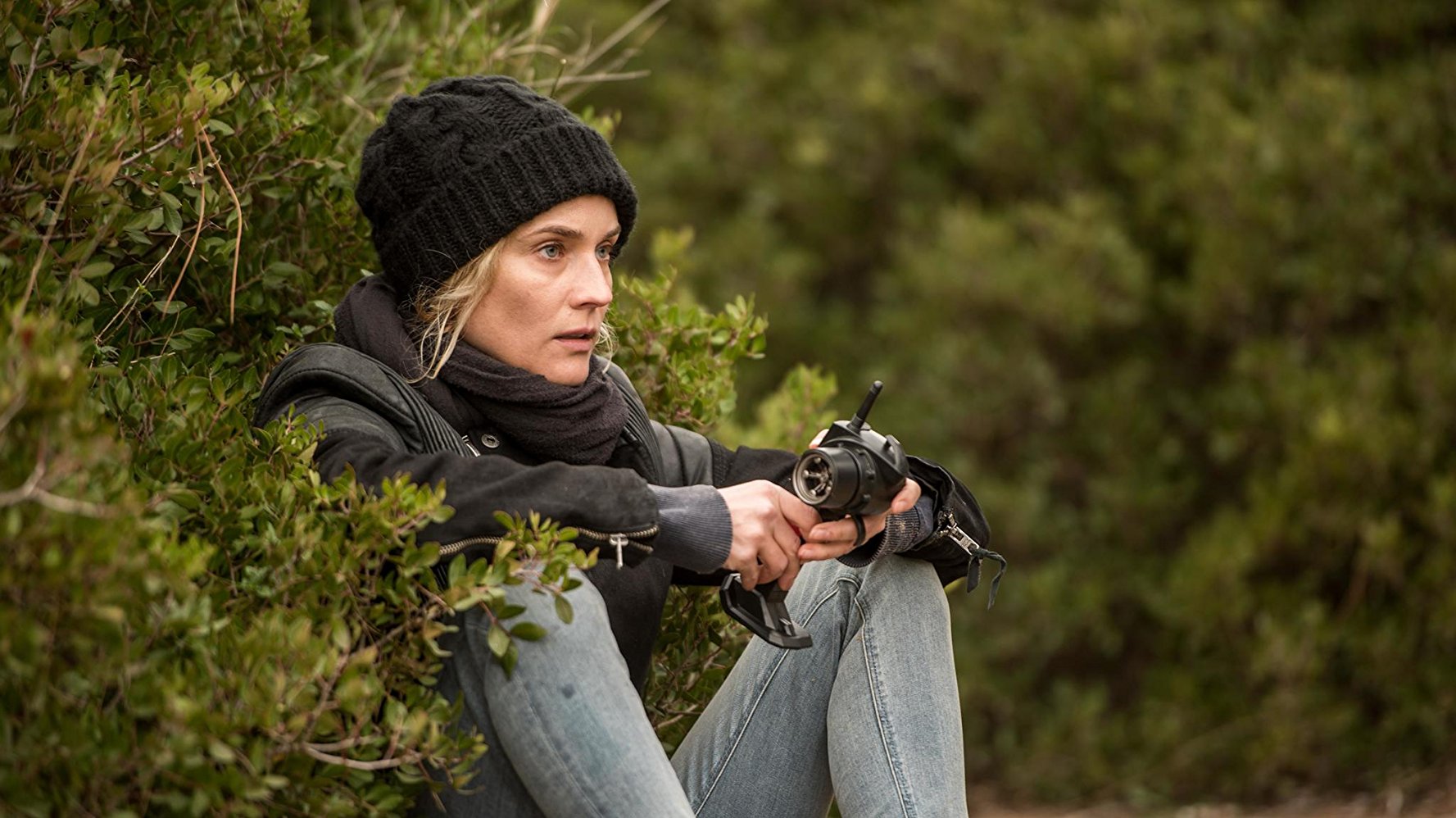 If In the Fade was more mainstream, or at least more visible, Diane Kruger would merit consideration for a Lead Actress nomination. She’s not going to get one but that’s not because her performance isn’t worthy. She embraces the character’s pain and externalizes it, going through all the stages of grief while failing to come intact through the fire. Kruger conveys the reactions of a mother who has lost the pillars of her life but has no choice but to forge ahead. It’s a credit to both her portrayal and Akin’s direction that the movie has such a strong sense of potency and immediacy.

In the Fade asks questions it can’t answer about the role of jurisprudence in terrorist trials. In some ways, it feels like the usual roles in a courtroom drama are turned upside down here; it’s To Kill a Mockingbird through a dark looking-glass. The use of the Nazi party as the terrorist organization (they act to kill a Turkish immigrant) emphasizes the universality of hatred. Although there is a political element to this movie, however, it works on a primal level – that of a person struggling to find not only a path forward but some kind of meaning in an act that lacks reason, compassion, or sense.