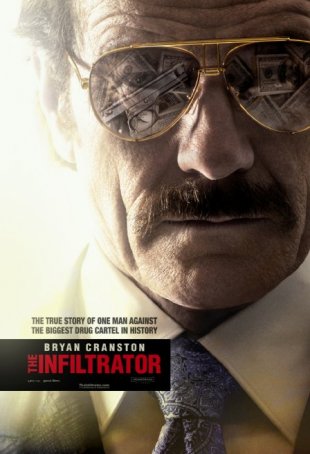 The story told by The Infiltrator - an undercover cop begins to confuse his true identity with that of the “character” he plays - may be familiar but the film’s tone is not. As directed by Brad Furman (The Lincoln Lawyer), this movie introduces us to Robert Mazur (Bryan Cranston), a Federal agent who takes on the persona of a money launderer in an attempt to bring down highly placed principals in the Medellin Drug Cartel. Although the events related in the film (which are based on those chronicled in Mazur’s autobiography) transpire in South Florida during the 1980s, this isn’t Miami Vice. In fact, the intent (perhaps intentional) is for the gritty, noir-tinged The Infiltrator to tilt in the opposite direction.

Mazur isn’t a conventional undercover operative. He’s not suave, handsome, or young. He wears nice suits but he isn’t flashy. He doesn’t womanize because he’s a loving husband and good family man. He also doesn’t carry a gun or become involved in traditional movie action sequences. The Infiltrator is about the “money” aspect of the so-called War on Drugs. Mazur suggests to his boss, Bonnie Tischler (Amy Ryan), that perhaps the best way to stem the cocaine tide is to stall Pablo Escobar’s money train, so he adopts the persona of a money launderer, meets low-level contacts via his partner, Emir Abreu (John Leguzamo), and starts working his way up the food chain. His ultimate target is Roberto Alcaino (Benjamin Bratt), one of Escobar’s immediate underlings. His weapons are dollars not bullets but that doesn’t lessen the tension. Mazur becomes entwined with people who have no compunctions about murder and there’s never a moment when we aren’t aware of his jeopardy. His bodyguard reminds him that if the truth comes out, the drug dealers will cut off his limbs, give him a shot of adrenaline to keep him conscious, remove his eyelids, and make him watch as they do unspeakable things to his family. 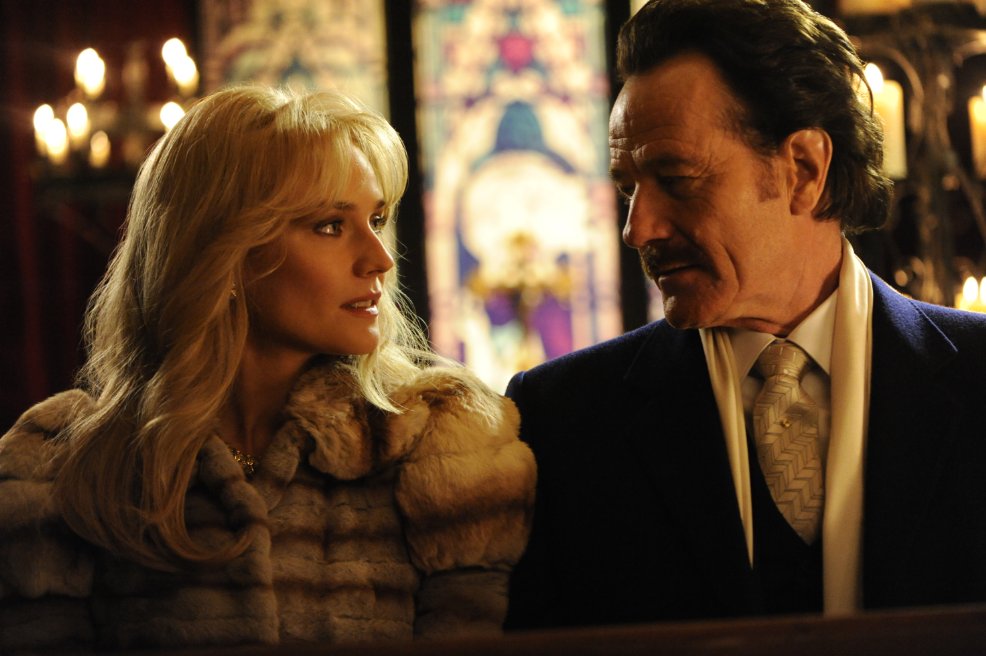 Furman keeps a tight rein on the film’s palpable, sometimes suffocating tension. It’s one of The Infiltrator’s assets. Another is the ensemble cast. Led by Bryan Cranston, who’s getting plum movie roles now that his Breaking Bad commitments are over, the actors do fine jobs. In addition to Cranston’s expectedly solid turn, we get John Leguizamo playing it straight (something he rarely seems to do, opting for “weird” and “quirky” in most of his roles), a low-key Benjamin Bratt, and an underused Diane Kruger.

At a time when far too many movies run too long, The Infiltrator has the opposite problem - its 127-minute running time is too short to do justice to the complex storyline. It’s hard to say how much might have ended up being cut but the result is disjointed and contains continuity issues (one involving a bloody mini-coffin that arrives by mail at an address the sender shouldn’t know). Characters appear, vanish, then reappear at odd times for little apparent reason. The film seems like it was taken apart and reconstructed during the editing process and the final version is at times barely coherent, with too much connective tissue missing. I wonder if this might be another Kingdom of Heaven. The Ridley Scott epic was sliced and diced for theatrical distribution but the restored director’s cut is a masterpiece. 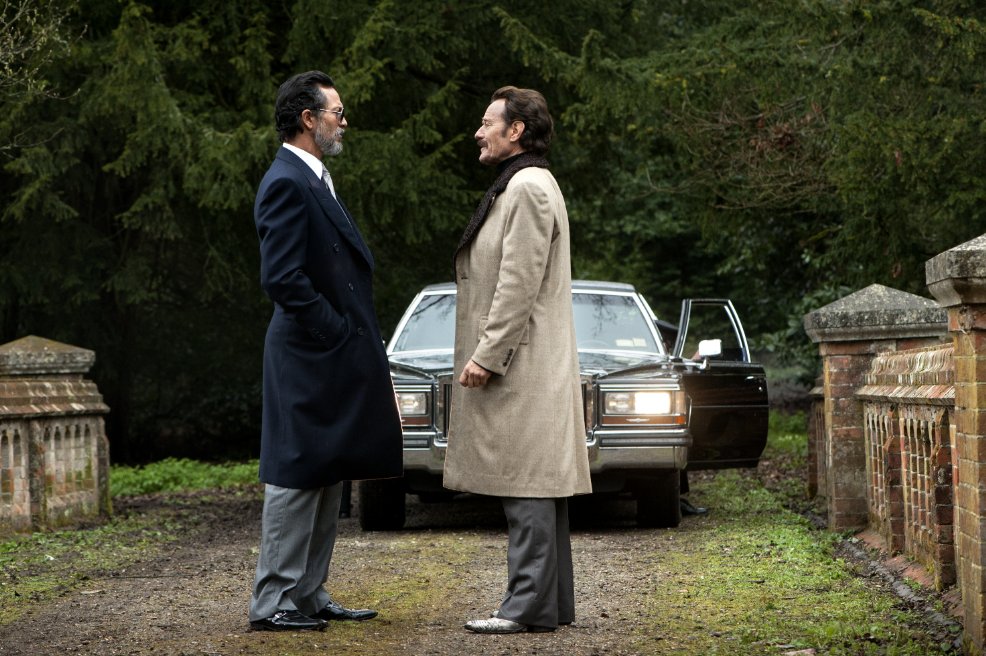 Nevertheless, pacing issues aside, The Infiltrator is compelling cinema. By eschewing shoot-outs, fights, and other “staple” action scenes, the film is better able to focus on the psychological impact of the situation to the main character. He has a family he loves and cares about but his compulsion to do his job (referred to by Abreu as “my drug of choice”) makes no compromises. And, despite a halfhearted denial no one believes, he comes to feel for the people he is destined to betray. There’s something unconventionally devastating about how all this plays out.

This is a flawed motion picture but, for those who prize acting, slow-burn suspense, and narrative over the usual loud, empty summertime fare, here’s an opportunity for a couple hours of entertainment.