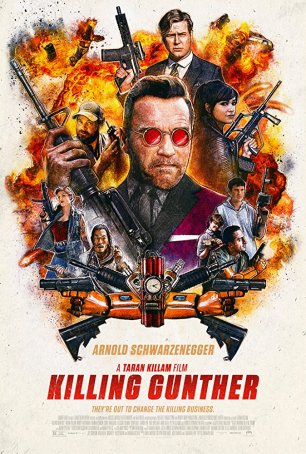 Perhaps nothing illustrates how far Arnold Schwarzenegger’s fortunes have fallen since his return to acting than his participation in Killing Gunther, a second-tier action/comedy written and directed by ex-SNL cast member Taran Killam. This isn’t the first time Schwarzenegger has combined action with satire/humor but his previous such forays (Last Action Hero and True Lies in particular) were high-profile productions with established directors. Killing Gunther is neither. Its low budget is evident throughout and Killam’s thin resume (this is his directorial debut) doesn’t inspire confidence. Although the production is sporadically amusing, it feels like a 20-minute short that was expanded to feature length to its considerable detriment.

Blake (Killam) is the leader of a group of diverse hitmen that includes the femme fatale Sanaa (Hannah Simone), the explosives expert Donnie (Bobby Moynihan), the brainy Max (Steve Bacic), and the poison guru Young (Aaron Yu). These killers are bonded by a common goal: to kill the mysterious Gunther (Arnold Schwarzenegger), who is unquestionably the best in the business. Gunther proves not only elusive but deadly – after escaping traps they set for him, he lashes out and takes them down one-by-one. The eventual showdown, however, proves to be something of an anti-climax as, up close and person, Gunther is nothing like what Blake expects him to be. 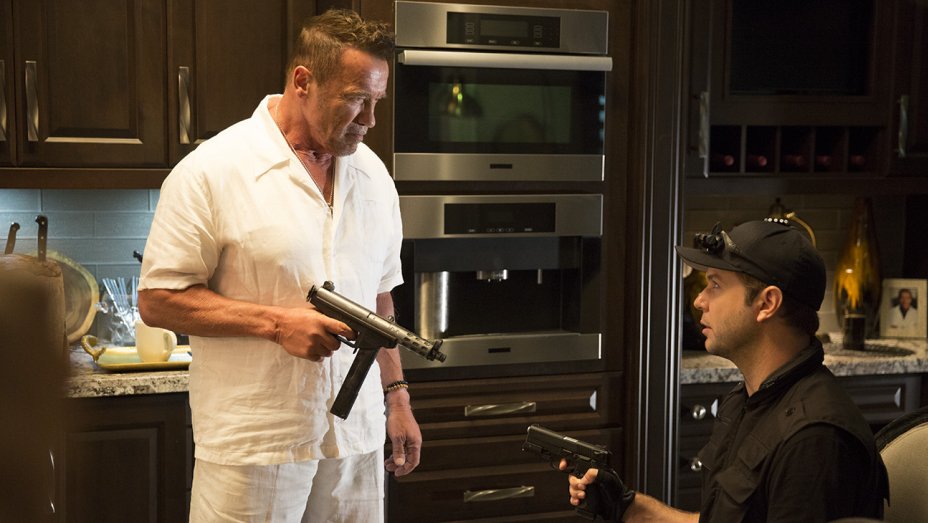 For the most part, Killam’s humor isn’t what one would consider to be sophisticated or understated. It’s loud, over-the-top, and too broad. There are times when it works - Killing Gunther has its share of laughs - but the first hour can be tough to get through. Once Arnold Schwarzenegger shows up, things get better fast. Although no longer the box office draw he once was, the former governor of California still has presence and his comedic timing has improved with age. As tedious as Killing Gunther can be before Schwarzenegger arrives, it becomes enjoyable once he’s on-screen. The problem is that Killam’s screenplay keeps him in the wings until 67 minutes into the production – and it’s only 92 minutes long (including credits)!

Like many action comedies, the action isn’t exciting enough and the comedy isn’t funny enough. That results in muddled mish-mash of material the never quite works. Since Schwarzenegger’s participation isn’t a secret (in fact, the entire marketing campaign is based around his participation), we spend the first hour waiting for him. The longer we wait, the more impatient we become. Whatever financial, scheduling, or logistical reasons keep Gunther from appearing until the movie is 3/4 over represents a nearly fatal miscalculation because Killam, Hannah Simone, Bobby Moynihan, and Cobie Smulders (who plays Blake’s ex and is Killam’s real-life current) can’t carry a movie.

The most amusing joke in Killing Gunther comes during the end credits when we’re promised that “Gunther will return (if this movie makes enough money).” It’s safe to say that we won’t be hearing from Gunther again any time soon.