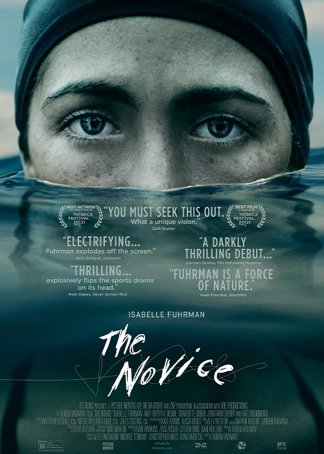 Classifying The Novice is a challenge. Lauren Hadaway’s feature directorial debut treads a daring line between drama and psychological horror. By presenting the film through the eyes of the main character, college freshman Alex Dall (Isabelle Fuhrman), Hadaway allows the misanthropic young woman to come across as sympathetic. Anyone who takes a moment to look at her from an objective perspective will recognized how damaged and potentially dangerous (to herself and others) she is. The term “toxic” applies.

Alex is an overachiever. That description is typically complimentary, but not in this case. Driven by an obsessive need to be the best at everything, Alex pushes herself beyond her limits, destroying her health, ruining her relationships, and isolating everyone else. It’s all in pursuit of an elusive and ultimately pointless goal. She’s a physics major but admits to not understanding physics well. So, in order to get good grades, she has to study exhaustively and check and re-check each test three times. When she joins the university rowing team, it’s not enough to progress slowly. Her goal is to make varsity during her freshman year and, more than that, to achieve the best individual time. It doesn’t matter to Alex that rowing is a team sport. For her, it’s all about the individual achievement and she will do anything, including putting her body through a torturous training regimen, to meet the goal. 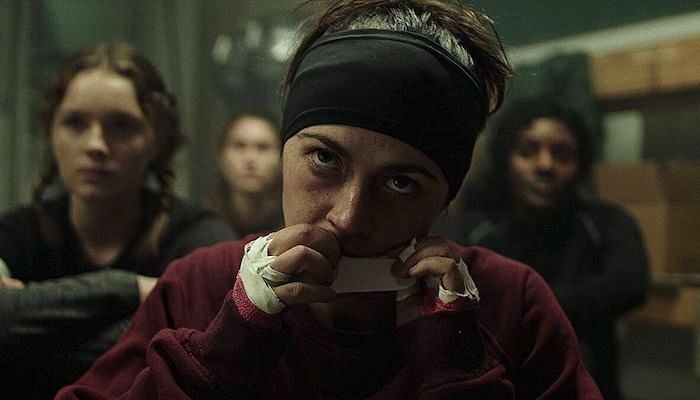 Watching Alex is a harrowing experience. This is a raw, uncompromising film. The journey is dark, a slow descent into madness. Along the way, Alex hurts other people – her “lone friend” on the team, fellow freshman Jamie (Amy Forsyth), and her TA-turned-lover, Dani (Dilone) – but she’s either unaware or unconcerned. Her focus is on what she does in the boat. Everything else is a distraction, even the grossly infected blister on her hand.

Isabelle Fuhrman gives one of the year’s best performances, if not the best performance. When it comes to becoming the character, this is a Danel Day-Lewis level transformation. At age 24, Fuhrman has already amassed a substantial filmography (her highest profile role was as Clove in The Hunger Games). Efforts like this will assure her with future work. She is the focal point of Hadaway’s camera and consistently rivets the viewer’s attention. It’s not all about depicting the shadows and darkness of Alex’s world or the brutal, single-minded intensity with which she pursues her goals. There are times – admittedly brief – when the blinders come off and the façade slips. During those moments, most of which occur when she’s with Dani, Fuhrman shows us a different, human Alex. We as viewers want to see more of her, but that’s not who she is. 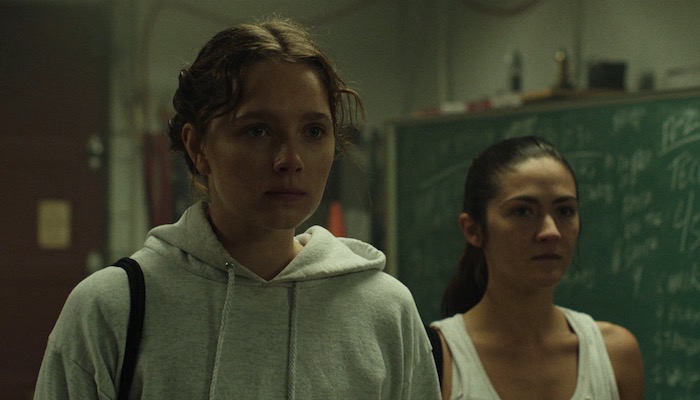 Before Hadaway turned her attention to directing, she was a veteran sound editor, working on four-dozen films over 11 years in that capacity. One of those titles was Whiplash. I mention that because there’s a synergy between the two films. Both are about damaged characters pushing their physical and psychological limits in pursuit of excellence. Whiplash is a more complete story with a somewhat conventional ending. The Novice takes more chances and ends up being just as challenging without offering the same degree of catharsis at the end.

The Novice isn’t the kind of film that garners Oscar nominations. It’s too small and too far off the mainstream path. But it has deservedly been recognized by the Independent Spirit awards with five nominations, including Best Feature, Best Actress, and Best Director. Finding the movie in a theater might be difficult but we live at a time when smaller productions like this expeditiously make their way to the streaming realm. The escapism on offer here isn’t of a light and airy nature but instead provides insight into the darker, obsessive aspects of the human experience.