We Summon the Darkness (United States, 2020) 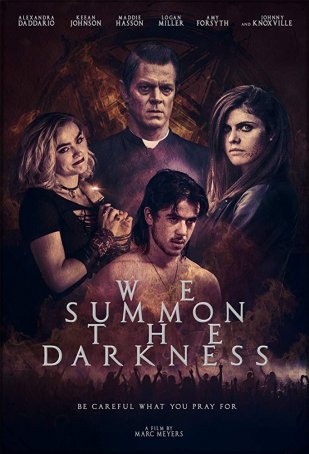 In some ways, the 1980s represent the perfect era in which to set a slasher – recent enough for the societal norms to be recognizable but prior to the advent of such plot twist-busting devices like the cellphone and the Internet. Mark Meyers and Alan Trezza, the director and writer of We Summon the Darkness, play the ‘80s vibe of their retro slasher movie, We Summon the Darkness, to maximum effect, sometimes even using it for comedic purposes. The film maintains a light tone and, although that creates a breezy, unforced approach, it also undercuts tension. (If they were trying to replicate the delicate balance achieved by Wes Craven in Scream, they haven’t completely succeeded.)

For more than a half-hour, We Summon the Darkness unfolds in a manner akin to that of a rom-com or road trip comedy. Initially focusing on the snarky gap-pal interaction among a trio of friends – feisty Alexis (Alexandra Daddario), lunatic Val (Maddie Hasson), and reserved Bev (Amy Forsyth) – as they take a car trip to a rock concert, the film provides helpful background information via radio news reports about killings committed by a Satanist cult. A prominent local preacher, Pastor John Henry Butler (Johnny Knoxville), condemns the murders and the rock-n-roll culture that spawned them. When the trio of women arrive at the venue, they meet three guys – outgoing Ivan (Austin Swift), awkward Kovacs (Logan Miller), and soulful Mark (Keean Johnson) – who have been trailing the rock group from gig-to-gig (like Deadheads). After the show, they invite the women back to their van (which is packed with beer and weed) – a potentially creepy proposition from men whose motives are questionable at best. Alexis has a better idea: her father owns a mansion about 30 minutes away. It’s currently not being used so it’s the perfect place for a party. Or a bloodbath. Let the body count begin.

Although the movie keeps the viewer guessing for about 35 minutes about where it’s going and who the first victim is likely to be, the twist/reveal happens too early in the proceedings, bursting the mystery bubble and resulting in a long, drawn-out anticlimactic second-half that’s disappointingly generic. I kept waiting for a deliciously devilish shock moment during those final 45 minutes but there isn’t one. It’s all old-school Slasher Movie 101. There are plenty of gory deaths (at least insofar as the limited number of characters allow) but nothing truly special. And, while I’m pretty cynical about religion, the way We Summon the Darkness stretches things is a bridge too far, at least for those who care about even a dollop of realism in their horror movies. The underlying premise doesn’t make any sense, although I understand that such considerations often don’t mean much within this genre. 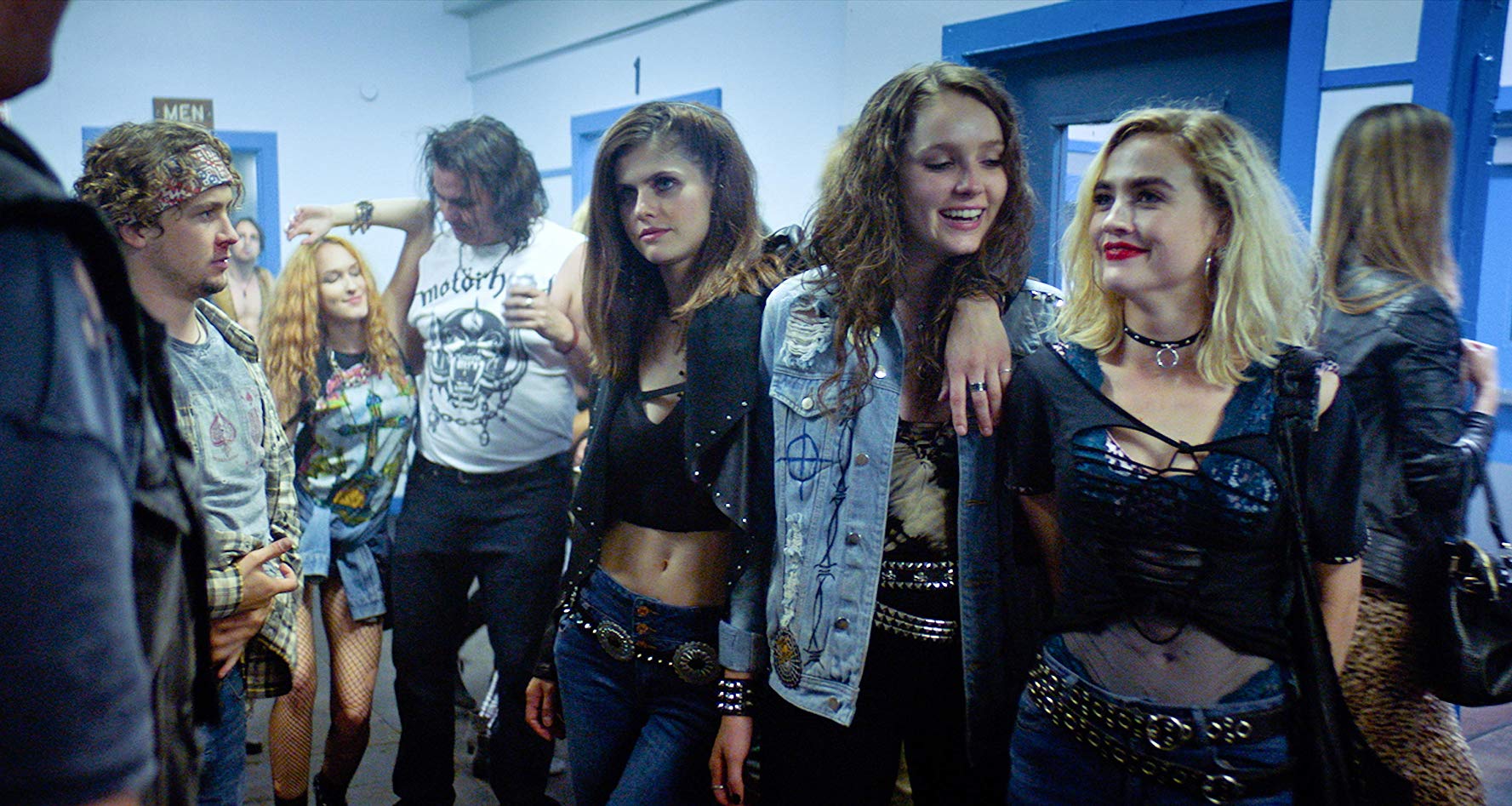 We Summon the Darkness features two “name” actors: Alexandra Daddario (who will forever be remembered for her first season work in the HBO series True Detective) and Jackass Johnny Knoxville. While Knoxville doesn’t have a lot to do in what amounts to an extended cameo, Daddario owns the screen with her charisma and off-kilter energy. It’s not great acting but it’s entertaining. Equally amusing is Maddie Hasson’s Val, who reminded me of Margot Robbie’s Harley Quinn. Arguably, the strongest “straight” performance belongs to Amy Forsyth, which makes her character the least enjoyable member of the main trio.

Meyers and Trezza channel John Carpenter whenever possible, right down to the electronic synth score by Tim Williams. If copying beats from Halloween or Tobe Hooper’s The Texas Chainsaw Massacre was the only thing necessary to make a good slasher film, then We Summon the Darkness might become an instant classic. As it is, however, the strong character interaction toward the beginning and instances of wit throughout aren’t enough to expand the movie’s appeal beyond the narrow demographic of fans representing its target audience.

We Summon the Darkness (United States, 2020)